We all have that someone in our lives, whether a member of our family or a friend who aspires to be a martial arts superhero wielding some dangerous weapon of sorts.

Here’s a guy who fancies himself a “Samurai Jack” crossed with “Duck Dynasty” expert, complete with a wickedly long and very sharp katana-like blade, wanting to show the whole world just what an expert he is at cutting. 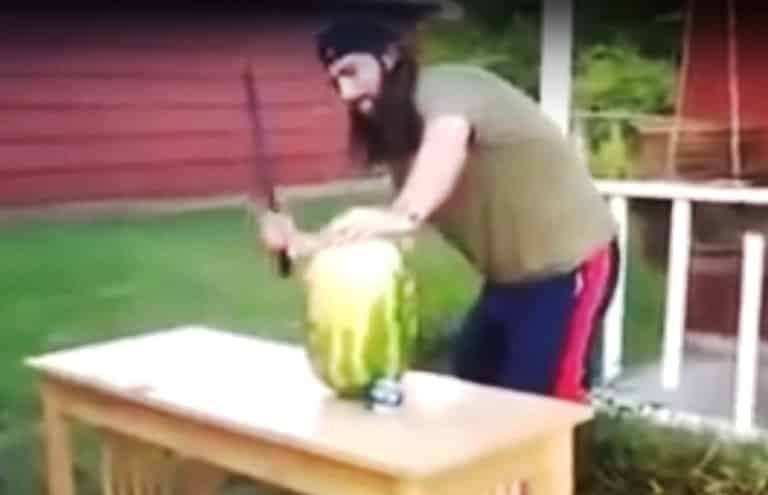 With his unlikely bearded self and two friends taking videos of the momentous occasion, the bearded “Samurai” showed everyone how exactly NOT to use the cutting edge of a sword.

To one side, a female friend with a camera cautions him not to cut himself, because she isn’t a nurse yet.

And Mr. Katana man, what does he do? Why exactly what he was told not to, of course.

Instead of exhibiting an expertly cut watermelon, he expertly sliced into his other hand, turning it as red as the fruit.

To his credit, he manly prevents himself from going into hysterics in front of the camera, despite his bleeding hand.

Which just goes to show you should never be too careless with bladed weapons, even if its just to cut some food up for lunch.