It’s just heartbreaking to lose a loved one and this family had to bear the difficult thought of losing their loving husband and father. He was given a week to live and so the family did their best to make him happy during his last days.

Mark Aulger of Texas had been diagnosed with a lung disease called pulmonary fibrosis. He eventually underwent 8 months of chemotherapy and by Christmas season, the doctors confirmed that he had won the battle against cancer. Of course, this was a great news for the whole family.

However, their happiness was cut short when Mark suddenly couldn’t breathe soon after New Year and so he got hospitalized.

Much to the family’s shock and surprise, the doctors told them Mark only had a week left to live. The chemotherapy had damaged his lungs so bad.

This father of four knew about his condition and he had a final dying wish – he wanted to see his yet unborn fifth child for the first and last time.

Diane Aulger, his wife, knew that Mark would be a terrific father to their upcoming baby girl but the clock is ticking and he probably won’t live long enough to see her. So she decided to take the risk of induced labor and gave birth two weeks earlier.

Diane gave birth to baby Savannah right next to the bed of her dying husband. 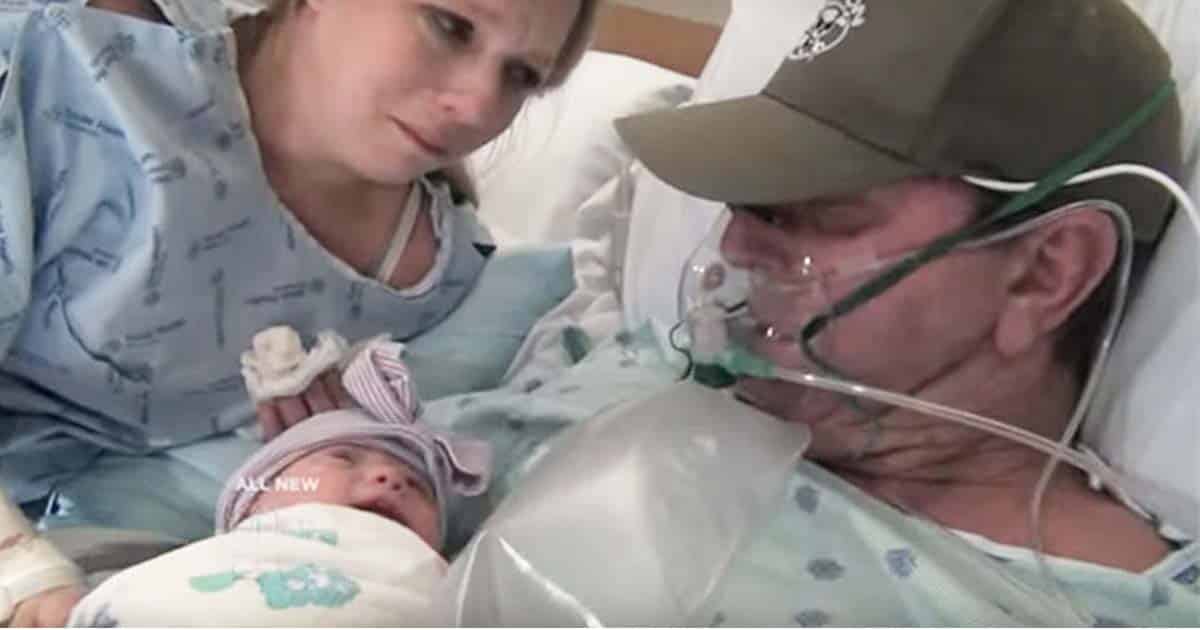 After the birth, Mark was the first person to hold the infant. He held her and talked to her for 45 minutes.

The next day, he held her again for a minute before he slipped into a coma. 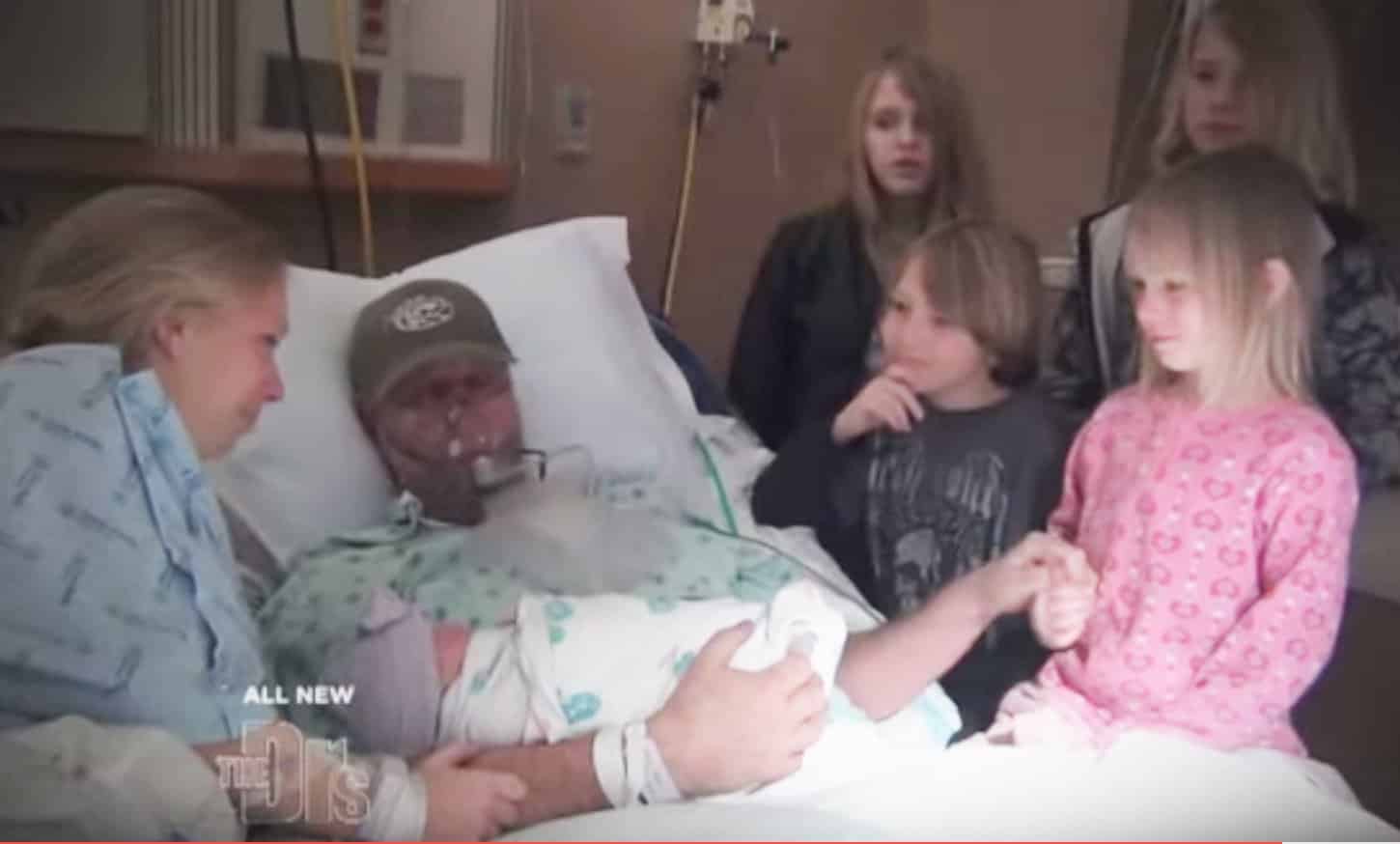 He passed away two days after that.

You can watch the heartbreaking video here:

Our hearts go out to the entire family. We hope and pray they would feel comforted during this hard time.