Teaching a child to tie their shoes can be frustrating for both parents and kids. While some little ones catch up quickly, others need more time figuring it out.

Luckily, one mom from Alberta, Canada, has a hack that can be your ticket out of frustration town. Her almost two-minute tutorial will certainly help your kids tie their own shoes in no time. 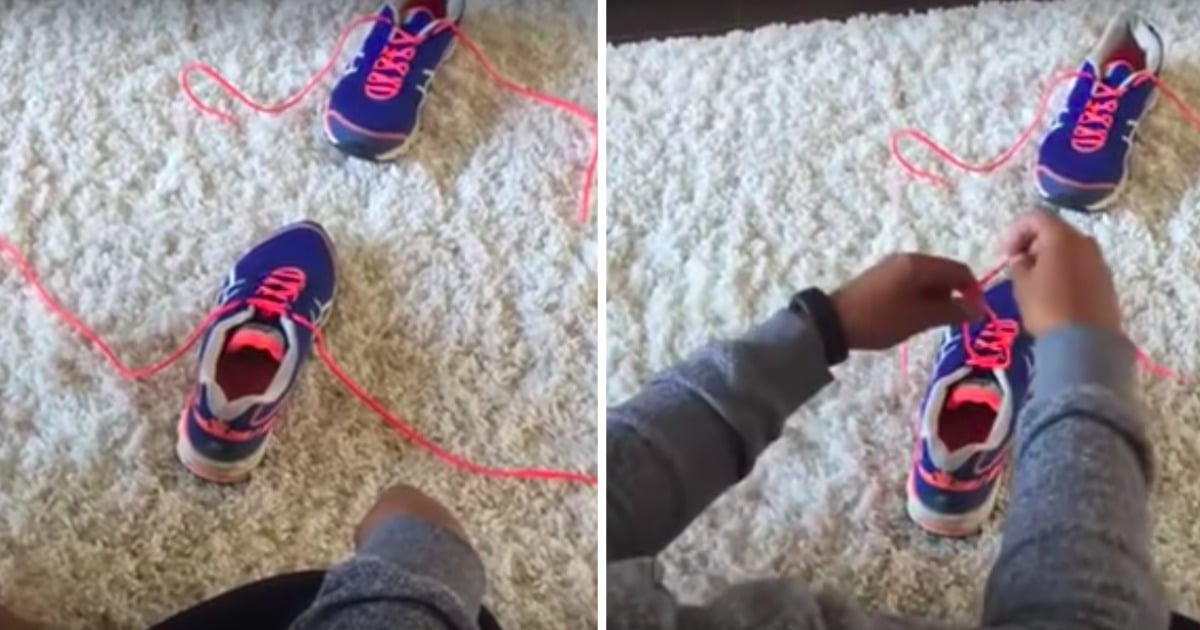 Some kids have trouble with tying shoes because sometimes they’re just too young to remember the steps. While tying shoelaces is pretty easy for us adults, it is sometimes a struggle to the young ones.

Just like how some kids have a hard time learning new things, some parents are not great with explaining things as well. So one mom decided to come up with her own system that made more sense to her and her son.

Kristin Johnson of The Unstoppable Mother blog was looking for a way to teach her son to tie his shoes. He was struggling with the complicated bunny ear, loop-de-loop system and his mom wanted to help him out.

The former physical education and math teacher worked with autistic kids and others had Asperger’s, so she came up with a simple method to tie shoelaces more than ten years ago. Thinking that her method could possibly help a kid or two, Kristin decided to go on Facebook Live to show the tutorial, not realizing that it will soon become viral.

In the video, Johnson demonstrated the four-step shoe tying tutorial herself before handing it off to her son. The young boy then easily completed the steps and tied the shoe himself.

The steps are quite easy. First, make that first tie, as usual. Second, make another tie, like the first, but keep it loose. Third, put the ends of the laces through the loop, one at a time, making two bows. And lastly, pull the bows tight.