Fashion isn’t for everyone. And as it turns out, even by fashion’s standards, top brands are not for everyone as well. You need to have a certain something to pull some of the unconscionably hideous items off.

Balenciaga is known for its brave fashion choices. But when the iconic French fashion house debuted a pair of square-toed mules, they proved to be a bit too wacky for their fans – and many compared them to McDonald’s french fry cartons. It didn’t take long for the popular fast-food chain to take a shot at the luxury fashion brand’s pair of shoes. 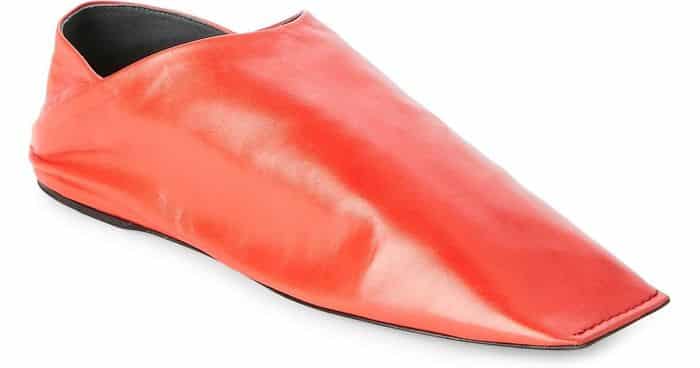 The bright red shoes from Balenciaga’s fall ’18 collection went viral on social media, with a tweet that was shared over 50,000 times. Some users referred to them as the McBalenciagas or the McSlides. Now McDonald’s is roasting the slip-on style shoes.

In a photo posted on Instagram, McDonald’s Sweden appears to make fun of the Balenciaga shoe for their questionable fashion choice. They posted a picture of a person wearing a signature red french fry box like a shoe.

The Balenciaga shoes were originally priced at $530. Believe it or not, they are currently sold out, which is probably the reason why McDonald’s is thinking of making their own version and turning the carton shoes into reality.

Considering the photo was posted two weeks ago and only has some 28,000 likes, it seems unlikely the threshold will be reached.

Meanwhile, this is not the first time that Balenciaga raised eyebrows with its fashion choice. The company previously launched a bag that looked like IKEA’s Frakta tote bag. The difference? The Balenciaga bag was worth $2,145, while the IKEA’s iconic Frakta tote bag only costs 99 cents.