Child abuse is an issue in the United States that is closely monitored by law enforcers. However, it is pretty shocking to know that offenders only get probation for hurting kids. Abusers can easily get away from their crimes, but the victims they pained are forever trapped in fear and trauma. For this reason, a parent of an abused child is fighting all the way to have a law registered that will truly protect child abuse victims.

Erica Hammel’s son Wyatt has been a victim of a severe case of child abuse. Although already separated, Erica still shares custody of her infant son with her ex-husband. However, her motherly instincts told her that there is something suspicious about her ex-husband’s girlfriend, Rachel Edwards.

Wyatt had been a victim of child abuse by his father’s new girlfriend when he was just a toddler. 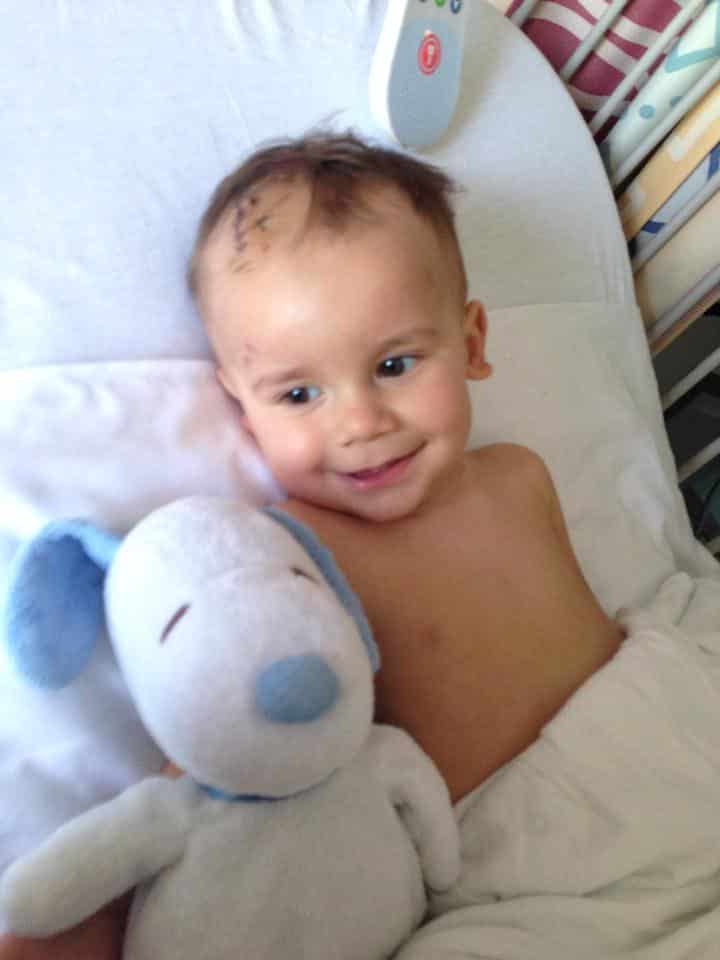 To ease her mind from her suspicions, Erica did a thorough background check on Rachel through the internet and court records. But, as nothing came up about her, she had no choice but to let her ex-husband enjoy their shared custody of Wyatt.

However, Erica’s fears came true one night after Wyatt, who stayed with his father, ended up in the hospital’s emergency room as he was in a serious condition. Erica then found out that her son was abused by Rachel.

She told in an interview:

“I just dropped to the ground. I felt so scared. He was complete gray. He had… his eyes were rolled back into his head. He had a tube in every place possible.”

The hospital doctors and the child protective services then let her know that “they believed Wyatt’s injuries were not accidental.” Unfortunately, it was only when Wyatt was already placed in danger that the truth came out about Rachel’s past. It was discovered that Rachel had two convictions for third-degree child abuse, but only got probation each time.

Wyatt was severely maltreated that after the abuse, the child was unable to talk, eat, or even walk, and was blind in both of his eyes. In fact, the doctors didn’t think that Wyatt would make it to recovery and the prosecutors believe that it was a case of homicide instead of abuse.

Both Wyatt and Erica are now living very different lives. They spend a lot of days in appointments for occupational, physical, and speech therapy to help Wyatt go back to normal. This horrible experience is now being used by Erica to set an example to change the law.

Erica is now on a mission to pass the Wyatt’s law which should be a registry of child abusers. This is in the hopes to let others be informed about past records of child abuse cases so future incidents can be avoided.

Wyatt was able to recover from his injuries but still needs therapies to treat sudden mutism. 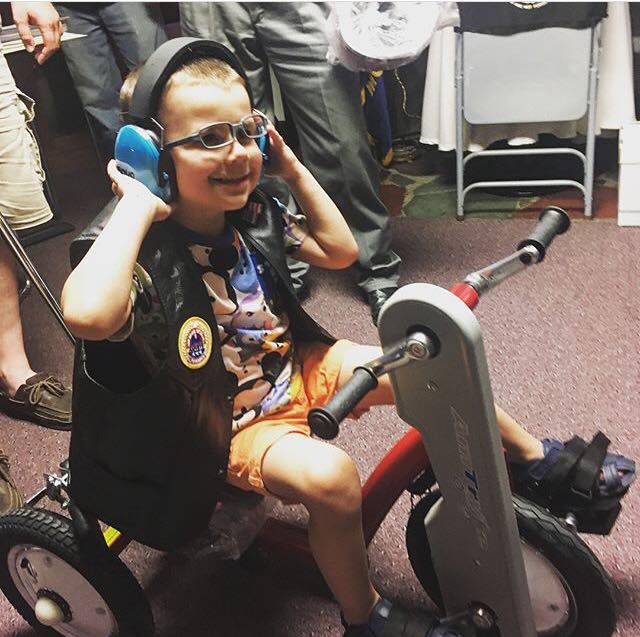 Ms. Hammel believes that if such registry was available, she would have never allowed her son to stay at his father’s house and Rachel would not have been able to hurt Wyatt that caused his severe brain injuries and other issues.

She added in her interview:

“You give birth to this perfect, beautiful, innocent baby boy who is completely healthy, and somebody takes that away from them.”

Wyatt’s mom, Erica, is now in a fight to make child abuse registry become a part of the law as she believes this could prevent more abuses from happening. 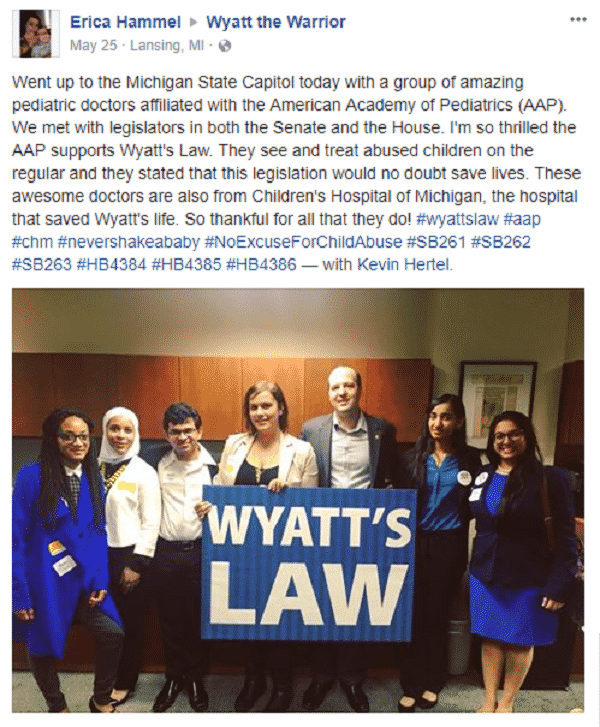 According to Shareably, Erica continues to fight for Wyatt’s Law to become a reality and in May, she and a group of pediatric doctors from the American Academy of Pediatrics already met with legislators in Michigan to see some progress.

In addition to her stints to pass the law, Erica created the Facebook group, Wyatt the Warrior, where she posts updates related to the cause on her Twitter account.

Follow Erica Hammel’s fight on making Wyatt’s law possible from the video below: