Mobile Legends is perhaps one of the most exciting mobile games in recent memory. Not as successful as Pokemon GO, but it sure has enough player base to wow the industry it is in. Unfortunately, the title would soon be removed from the face of this planet.

Recently, the developer of League of Legends, Riot Games, has filed a lawsuit against Shanghai Moontoon Technology, the studio responsible for Mobile Legends. The lawsuit, which was filed at the Central District Court of California, raises the alleged copyright infringement of League of Legends through multiple mobile titles.

According to the lawsuit, the games in question are Mobile Legends: 5v5 MOBA, Mobile Legends: Bang Bang, and Magic Rush: Heroes. Riot Games argued that these titles, in one way or another, contained “a vast array of elements that were directly and deliberately appropriated” from League of Legends. These include, but not limited to, artwork, characters, monster and map designs, and units.

Akali, The Fist of Shadow From League Of Legends 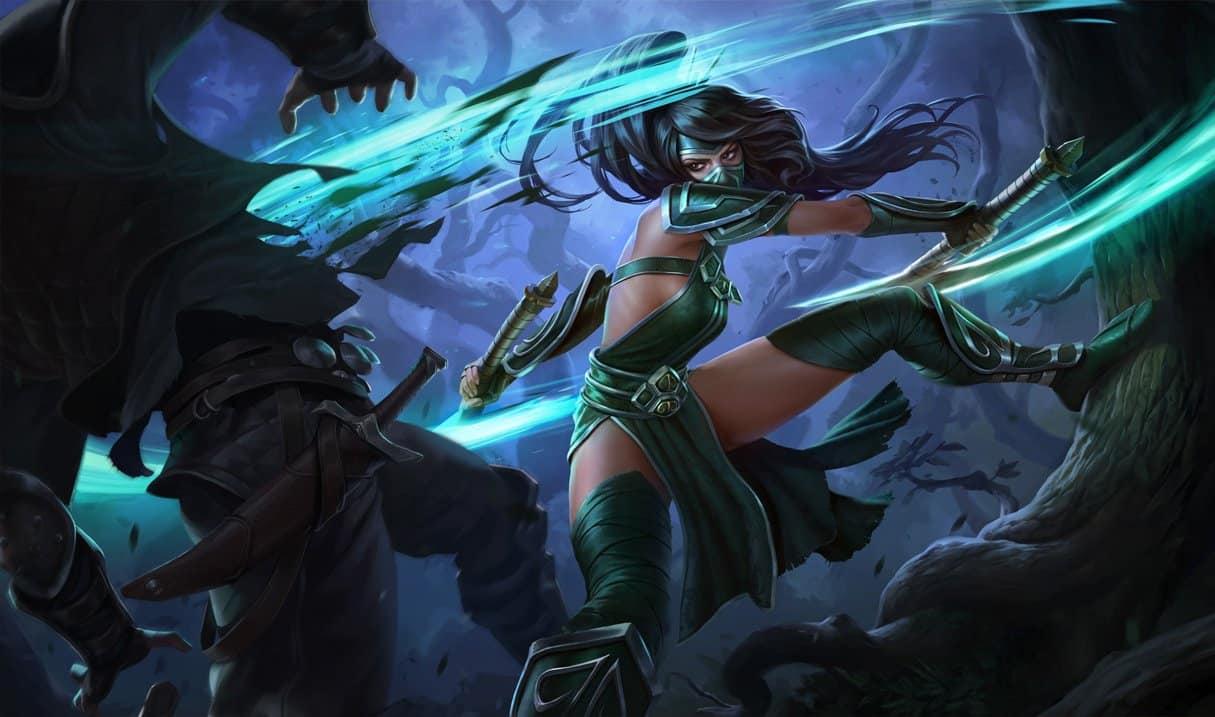 Riot even claimed to have contacted Moontoon prior to the filing, but Moontoon rather opted to an “overt gamesmanship.” This refers to the making significant changes and/or tweaks (in this case, the three said games) in-game, though most of the prominent elements stayed exactly the same, as reported by Slingshot Esports.

The turmoil between the two game developers began with Riot notifying Google Play store, asking to remove Moontoon and all of its products. Although the Mobile Legends developer cooperated at first, the game (bearing a new name, Mobile Legends: Bang Bang) was then re-uploaded without any notification or warning to either Google or Riot.

The 44-page lawsuit contains all necessary information (i.e. details, images, etc.) pertaining to the alleged copyright infringement for League of Legends. There are even detailed comparisons of characters, showcasing their similarities in one way or another.

Magic Rush: Heroes' Emily Is Said To Be A Direct Copy Of Annie From League Of Legends 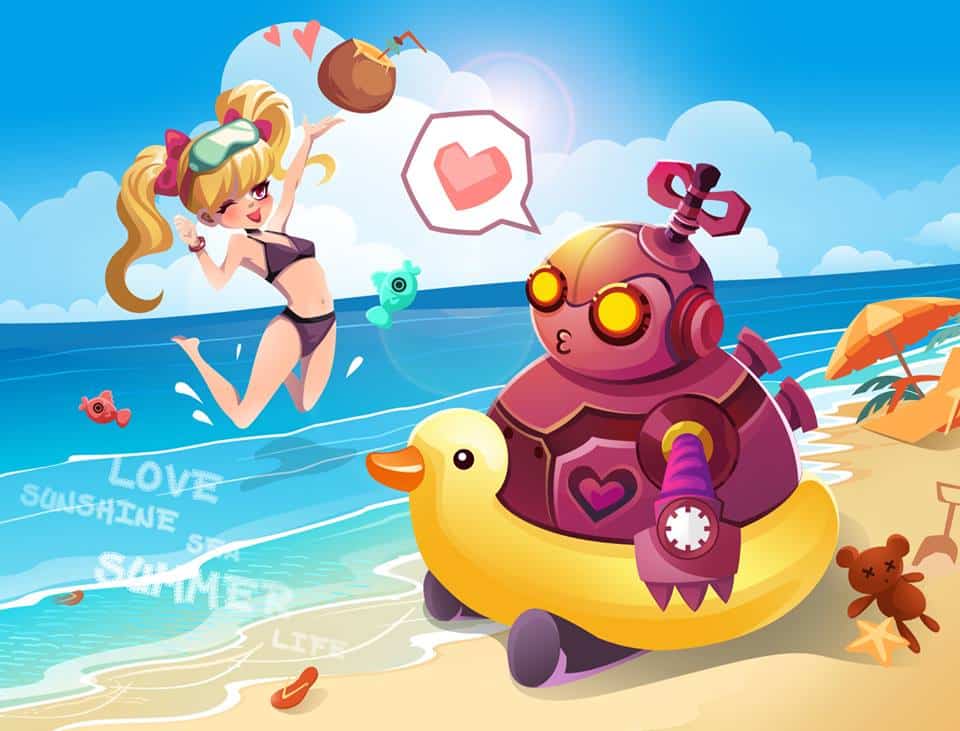 An epitome for similarities would be Annie from League of Legends. She is known for summoning a toy that stuns and attacks opponents with a fan-shaped spray of fire. Magic Rush, on the other hand, features a character named Emily, who is also a young girl bearing the same abilities with Annie. The only differences are the names and designs of their skill sets.

Annie From League of Legends 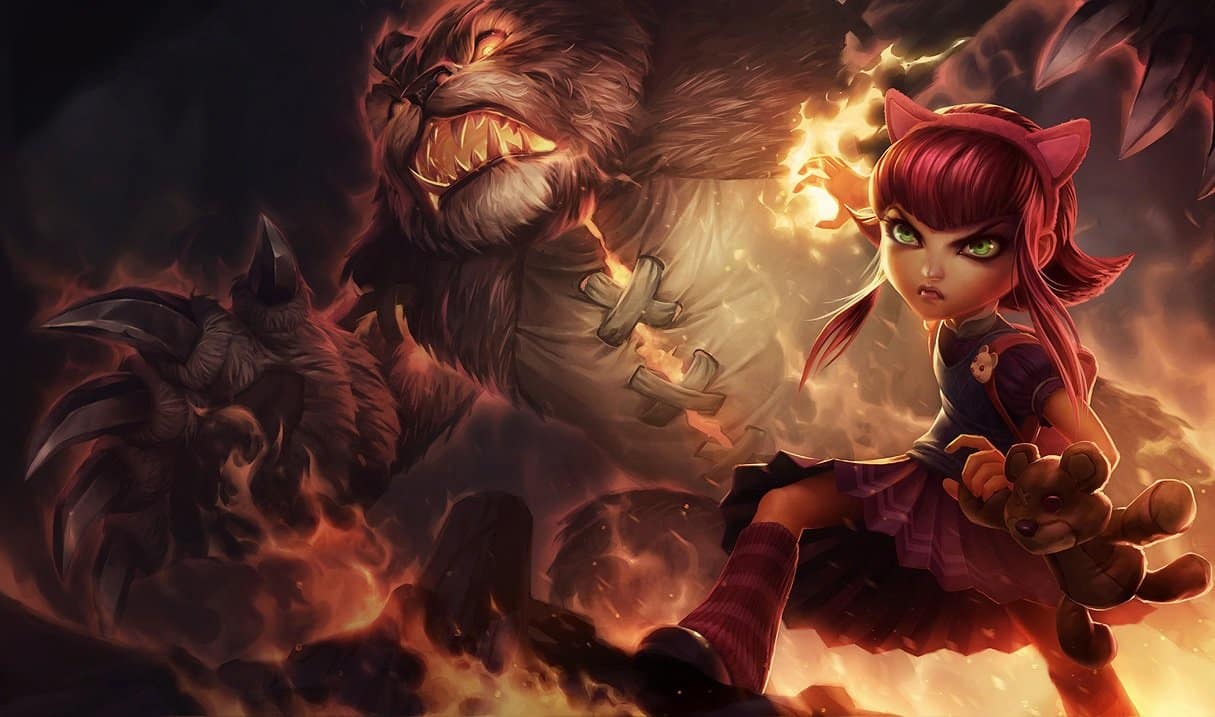 As of this writing, Moontoon has yet to release an official statement. But even if they do, Riot has already expressed its plans to pursue the lawsuit and have the games taken down. This is perhaps the saddest day for all the fans of Mobile Legends out there.