Thai millionaire Arnon Rodthong recently made headlines after announcing that he is willing to give 10 Million baht (US$315,000) and his business to any man who will marry his youngest daughter. His controversial offer has since gone viral online and not surprisingly, thousands of single men expressed interest.

26-year-old Karnsita Rodthong helps her father run a lucrative durian farm in Thailand. According to Arnon, he wants to pass the business to her but he wants to make sure she won’t have to be alone in doing so, thus the desperate plea to find the right man for her right away. 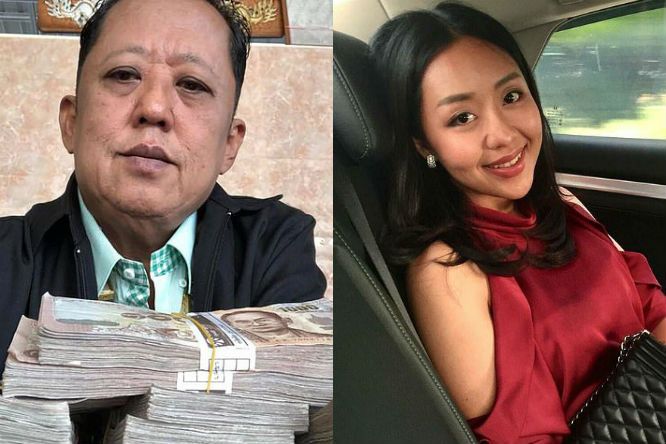 “If I wait for a son-in-law to come here and ask [to marry her], it will be too slow, so I’m asking for one right now.”

After the story went viral, applicants kept coming and now the 58-year-old father just feels overwhelmed about the whole thing. 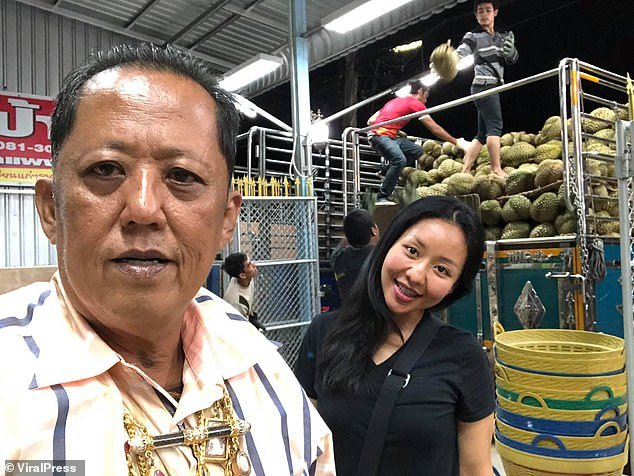 “Interested sons-in-law, please stop calling me, he said. “My phone has been ringing off the hook. Let me rest.”
To solve the dilemma and to filter all the potential suitors, Arnon has decided to hold a tournament.

All interested applicants are invited to come to his durian shop in Chanthaburi province.

The catch? Well, Arnon is keeping his mouth shut about the details of the competition. “Just come to Chanthaburi on April 1,” he told someone via a phone call.

As far as requirements go, Arnon said he’d want a man who loves the durian business and has a strong work ethic.

“I want someone to take care of my business and make it last. I don’t want a person with a bachelor’s, or master’s or philosopher’s degree.

“I want a diligent man. I just want someone with a hard-working attitude. That’s all.” 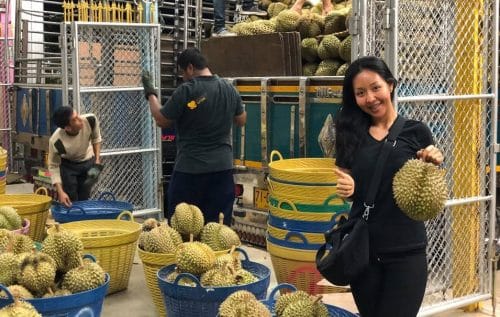 Meanwhile, Karnsita is quick to point out the guy doesn’t even have to be handsome.

In an interview, she said:

“I’m not picky. I only want a man that I can bring to social events and take selfies with.

“I’m not very good-looking myself, so I’m okay with any appearance.”