Most people would do anything for free pizza. For one dog, the quest for a free slice has come to an end. The adorable pooch had been begging for scraps outside a pizza shop in Mexico City. Interestingly, his owners had decided to give him a tag telling people to stop feeding him.

The cute pup went viral when netizen Estrella CR posted his pics on Facebook. They had spotted the dog sitting outside the Little Caesars in Mexico City and looking sad as he watched them eat. When they decided to check on the pooch thinking he was a stray, they saw that he had a collar. However, his tag has a message, “No me des pizza, gracias.” (“Do not give me pizza, thank you.”)

But can you really say no to that poor little face? 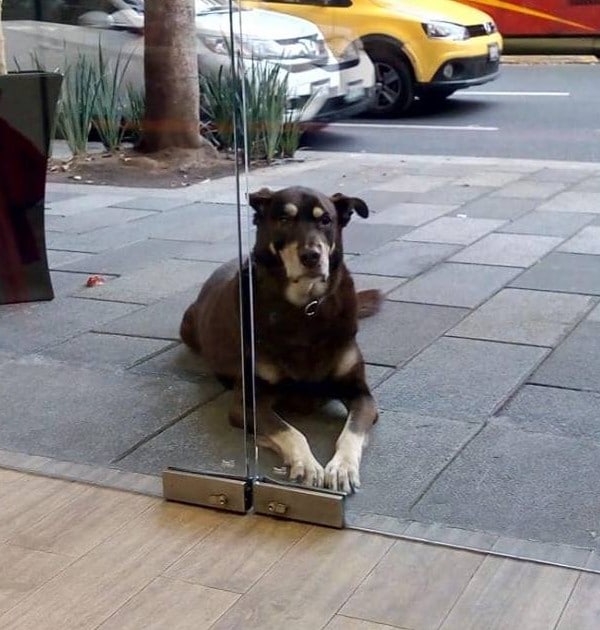 Since then, people have wondered how the dog, who clearly had a loving owner, began begging for food at the pizza shop. Interestingly, it was revealed that the pooch actually belongs to the owners of the sex shop beside Little Caesars.

The dog’s name is El Jefe (“The Chief”) and he is 10 years old. The chubby puppy reportedly loves pizza and always hangs out outside Little Caesars in hopes that the customers will give him some scraps. Unfortunately, all the free food has made El Jefe gain weight, prompting his owner to get him the tag.

It doesn’t stop there. It has been discovered that the photographed tag is his second “No pizza please” tag because he lost the first one. This pup must really be desperate to get his free pizza.

El Jefe is known for his love for pizza. 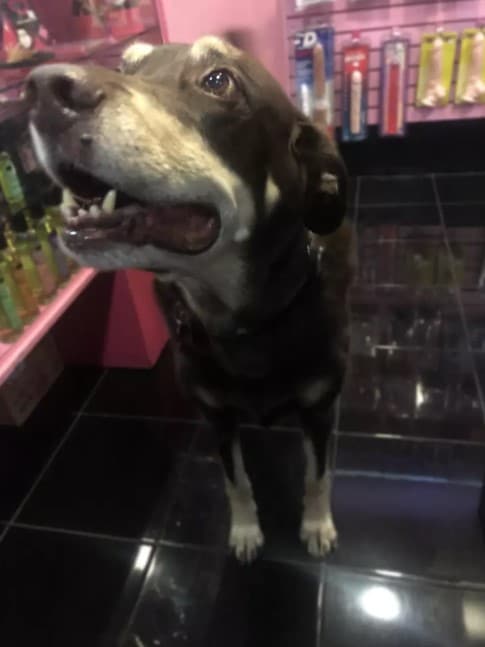 If you’re ever in Mexico City and find yourself hungry for pizza, you can easily find El Jefe waiting for a free bite. Although it wouldn’t be a good thing to give him some of your pizza, the pooch will easily settle for belly rubs instead.