Manny Pacquiao is a true fighter and champion, not just inside the ring but also in the hearts of his fellowmen. His rags-to-riches story has been an open book but the way he helps other people has never been seen by some, especially those who think he should retire from fighting already.

But why is he still fighting despite his on and off wins in the world of boxing? Simple – to help the poor. In a recent live video feed on his Facebook page, the boxing legacy posted a very heartwarming caption while showing him giving away goods to the poor.

Manny Pacquiao shares his blessings to others. 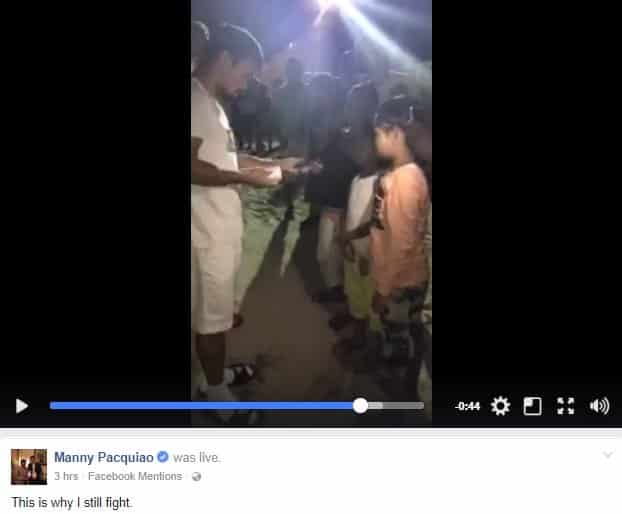 Over the past years of his boxing career, he never forgot to help the people who stood behind him all throughout his fights. In every match he fights, he earns a hefty amount of money, but he never forgot to help the needy. In fact, he has built more than 1,000 houses for the poor and has established numerous businesses and companies to help others land a job in his hometown.

Many are asking, why do the Filipinos and other nationalities love Pacquiao? He’s God-fearing, humble, funny, he fights with angst, and of course, he has a genuine heart. According to Telegraph, because he transcended poverty, he wants to curb poverty. Pacquiao even said:

“Poverty does not make me angry. But it makes me feel bad inside, and I want to help. I want the people of the Philippines to be happy, even if they have nothing. Even if they can just have enough to eat food three times a day. I feel so bad because God gave us everything to live in this world, so why don’t we share with other people?”

Pacman treasures his fans more than anyone. 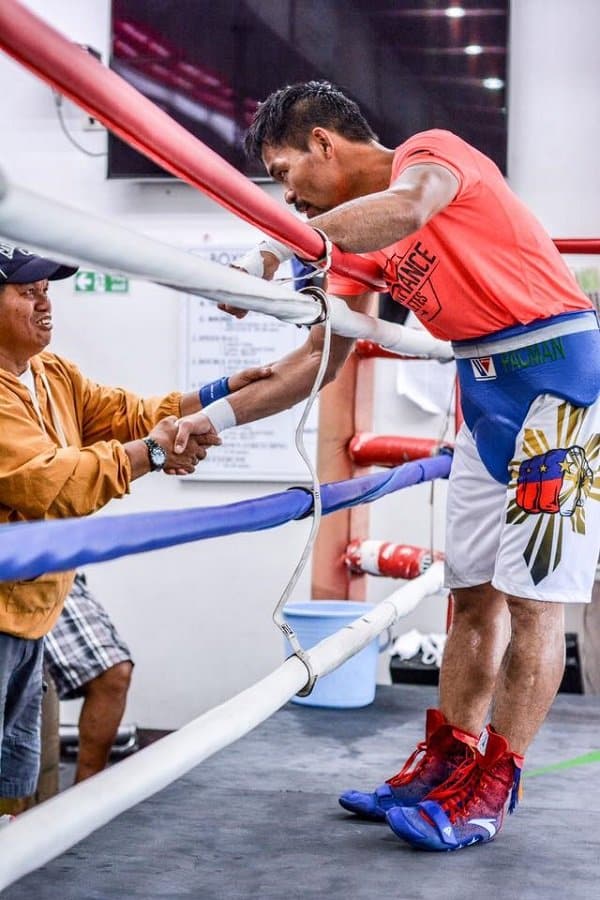 In another interview with the Asian Society, Pacquiao said that one reason why he wants to help the poor is that he experienced poverty himself.

“I want to help people who are starving, who are hungry. I feel what they’re feeling because I’ve been there.”

Pacman helps those in need. 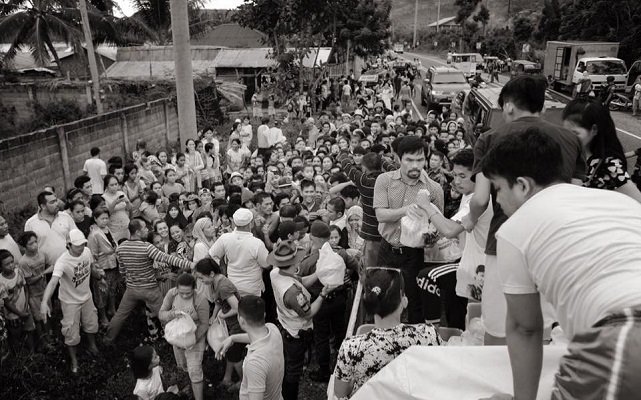 Pacquiao is truly a legacy, not just in the boxing world, but to those whom he had helped one way or another.

“One day, when I’m gone from this world, my legacy will be that I helped people.”

In the hearts of those in need, he's a legacy and a real champion. 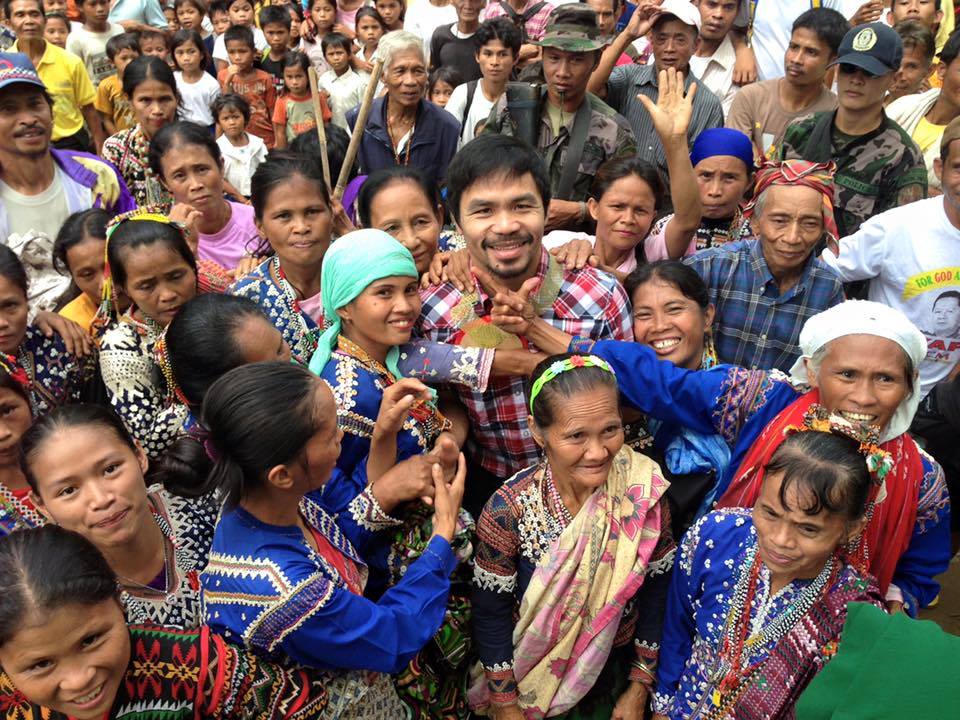 What do you think of how he shares his blessings? Share your comments below.