Ever since Fifty Shades of Grey became mainstream, people are getting more comfortable talking about S&M. Suddenly, you have women wanting to get in touch with their dark side and that they want to experience bondage and other things kinky. Now there’s nothing wrong with that; everyone is entitled to his or her own sexual pleasures and what you do behind closed doors is none of other people’s business.

But what you do in public is another matter though and if you decide to take your kinky activities outside the bedroom, well, expect scrutiny and backlash. This man and woman did just that as they strolled from the parking lot into the store in their role play mode.

You see, these images shows us a shirtless man walking a woman in a leash.

She was wearing a collar and following the man’s direction. 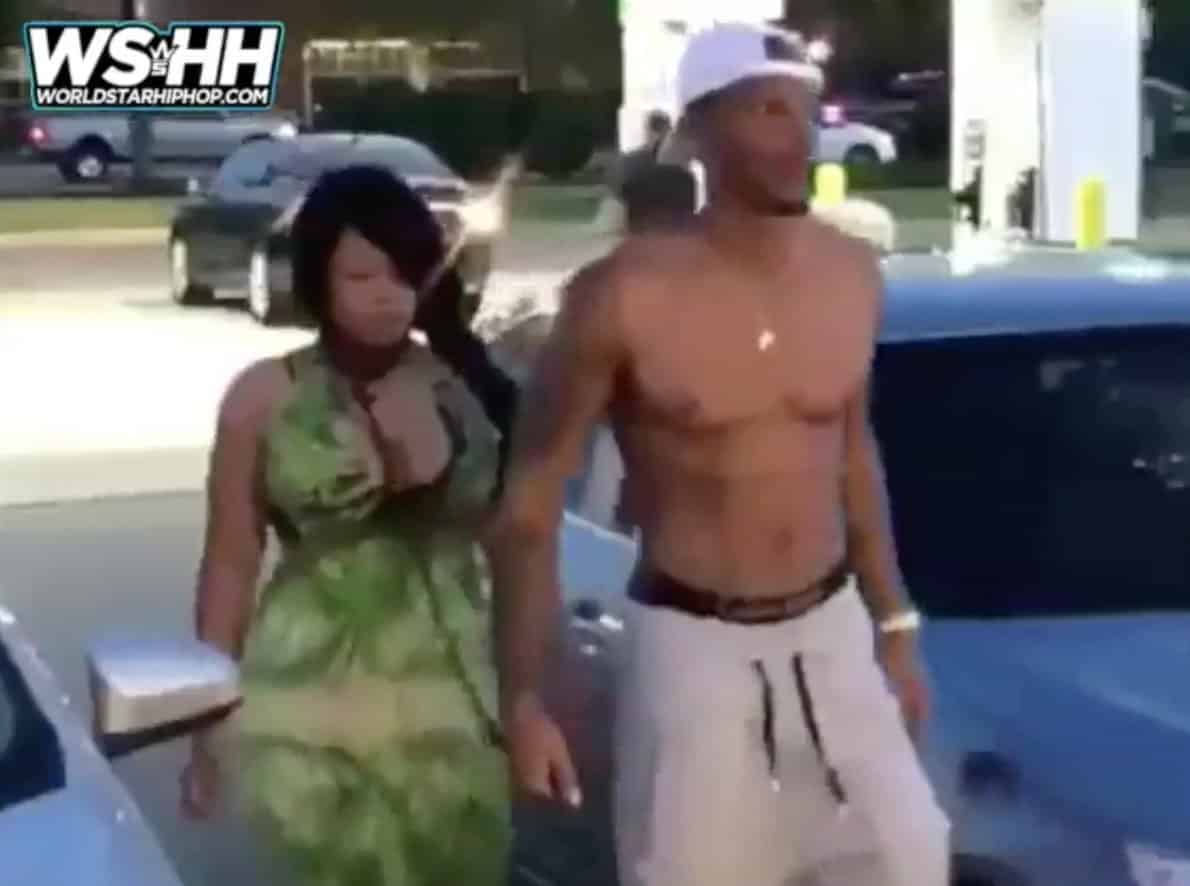 He pulled the collar behind him and the woman obediently followed just like a dog. 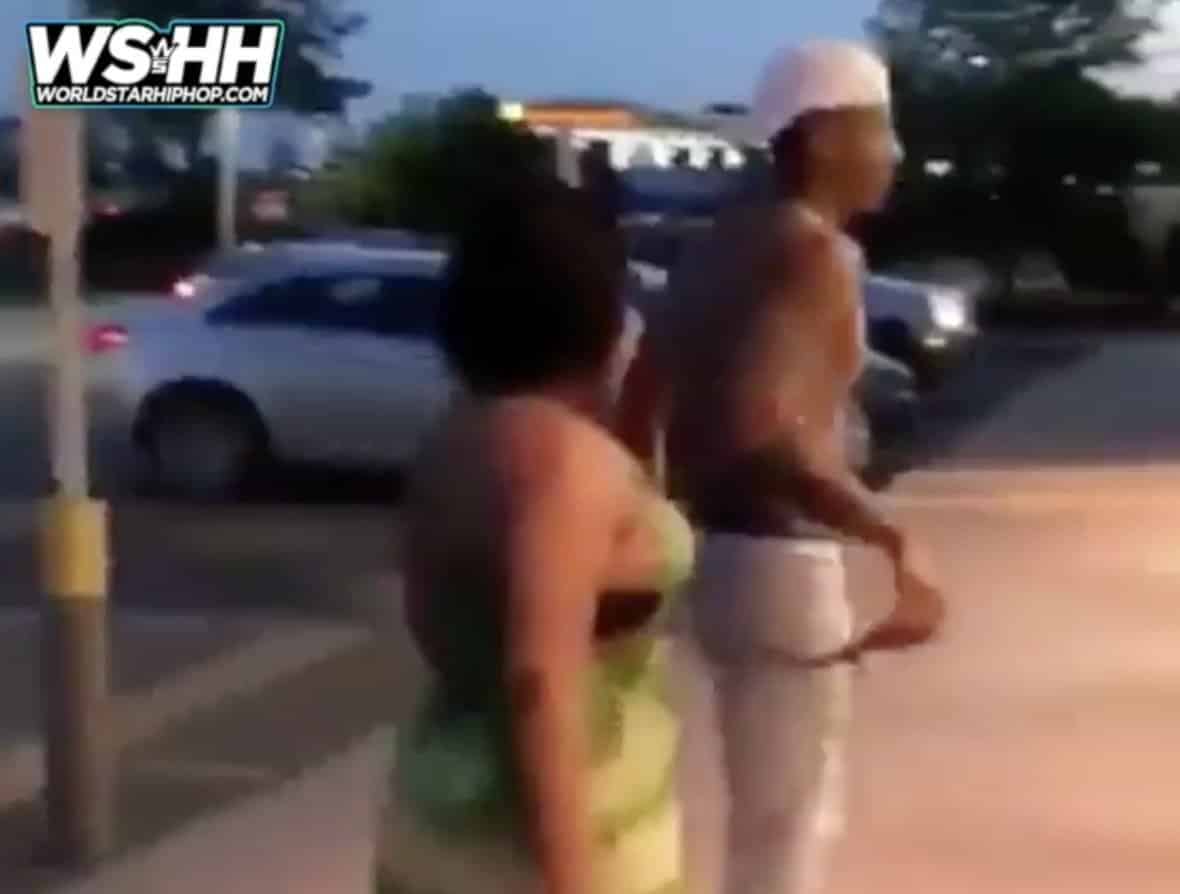 When they reached the store, he put the leash on a small pole, making her sit on the window ledge. 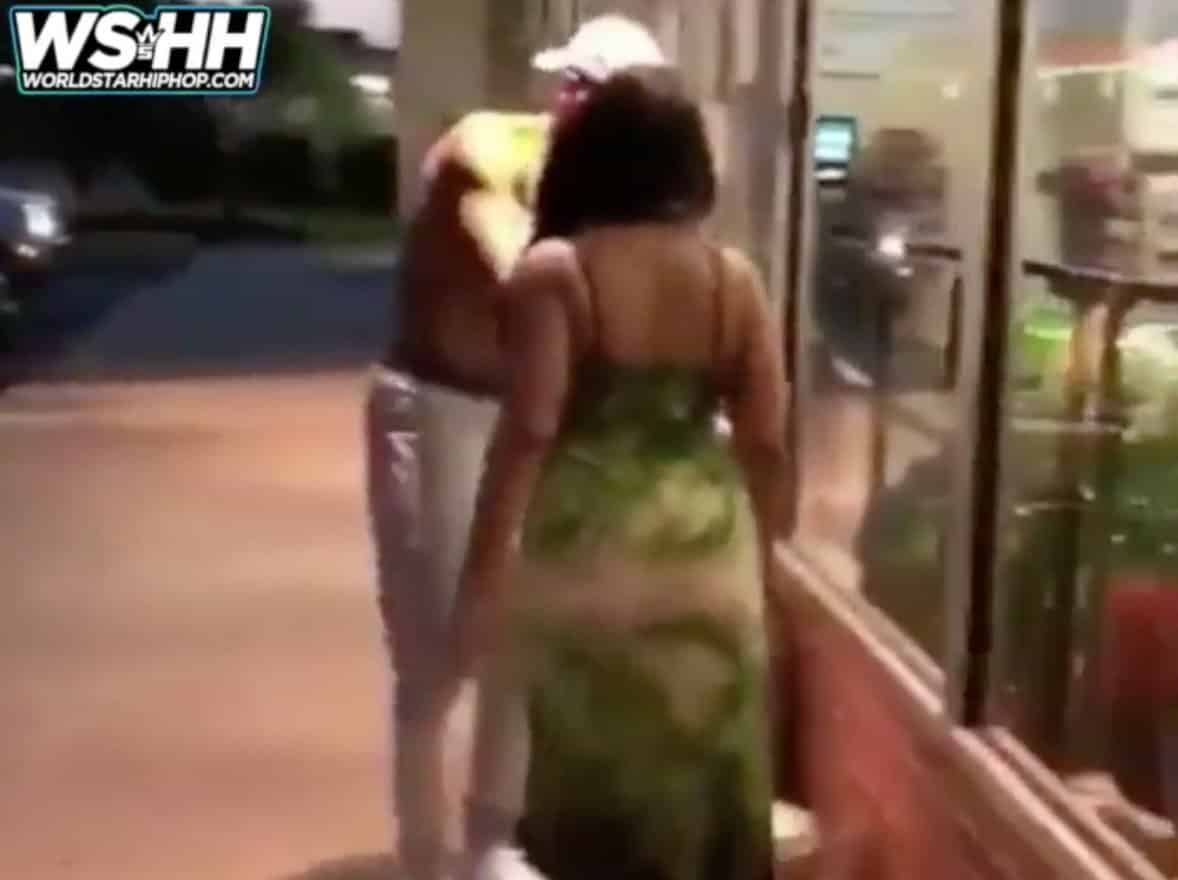 Her face was expressionless; she’s looking down and not saying anything. 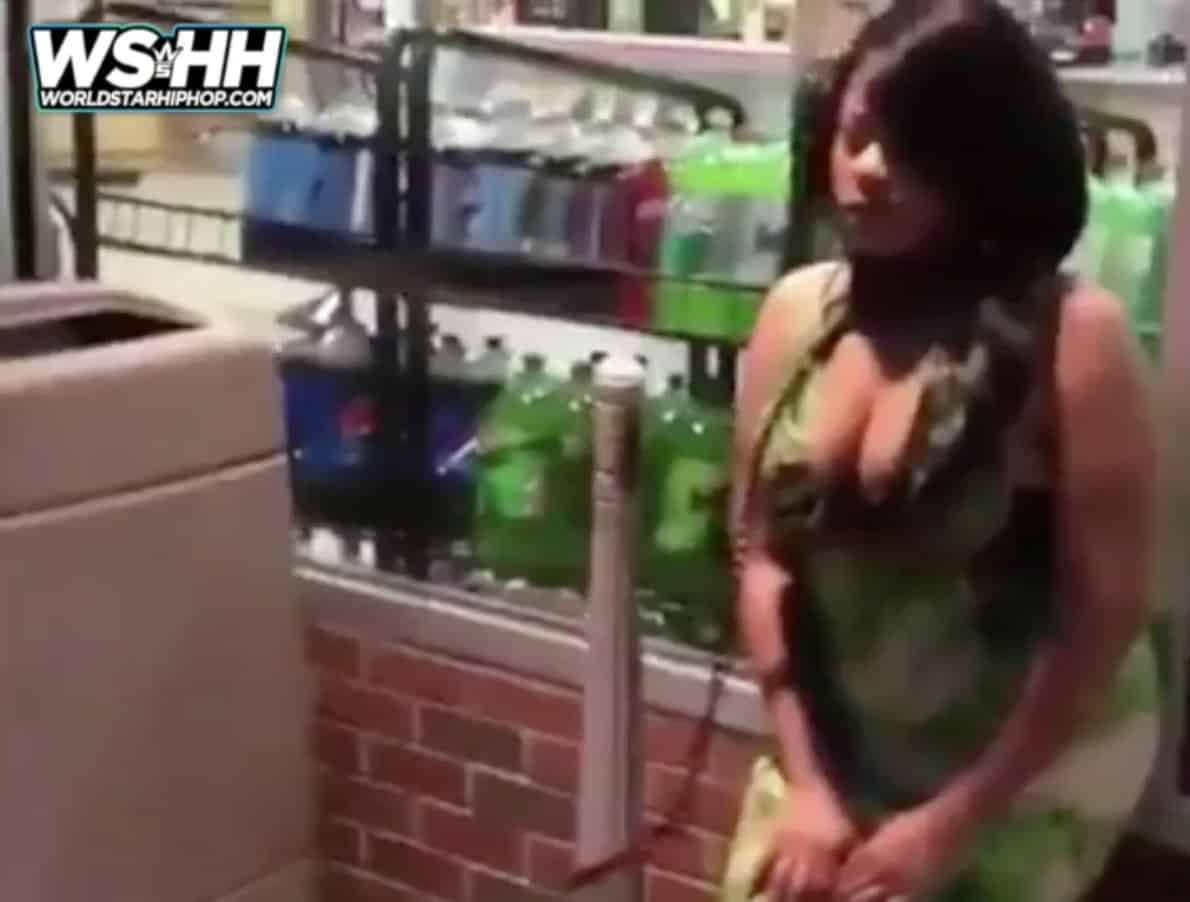 It’s hard to tell if she actually was having fun or she was humiliated with the treatment. 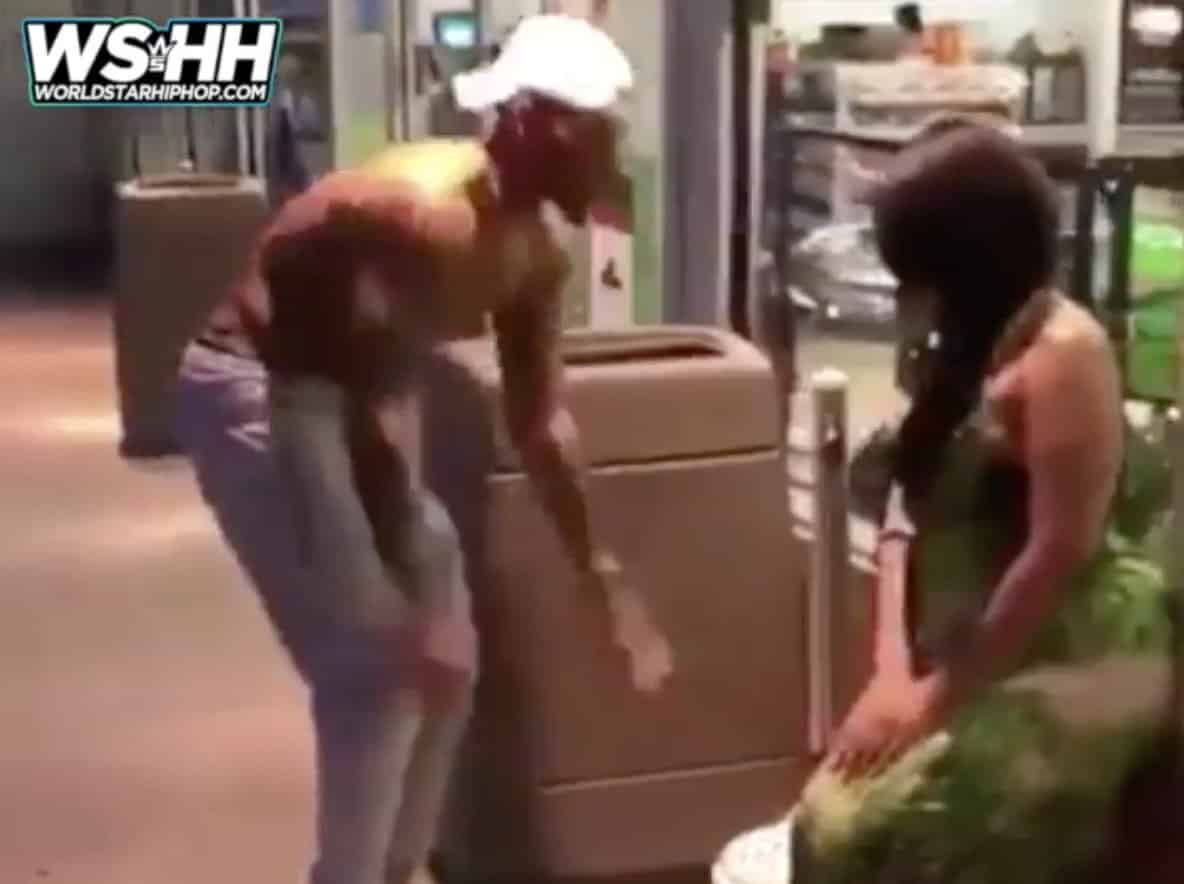 As she waited patiently outside the convenience store, the man went inside to buy something. He was seen leaving the store carrying a bottle in a paper bag. 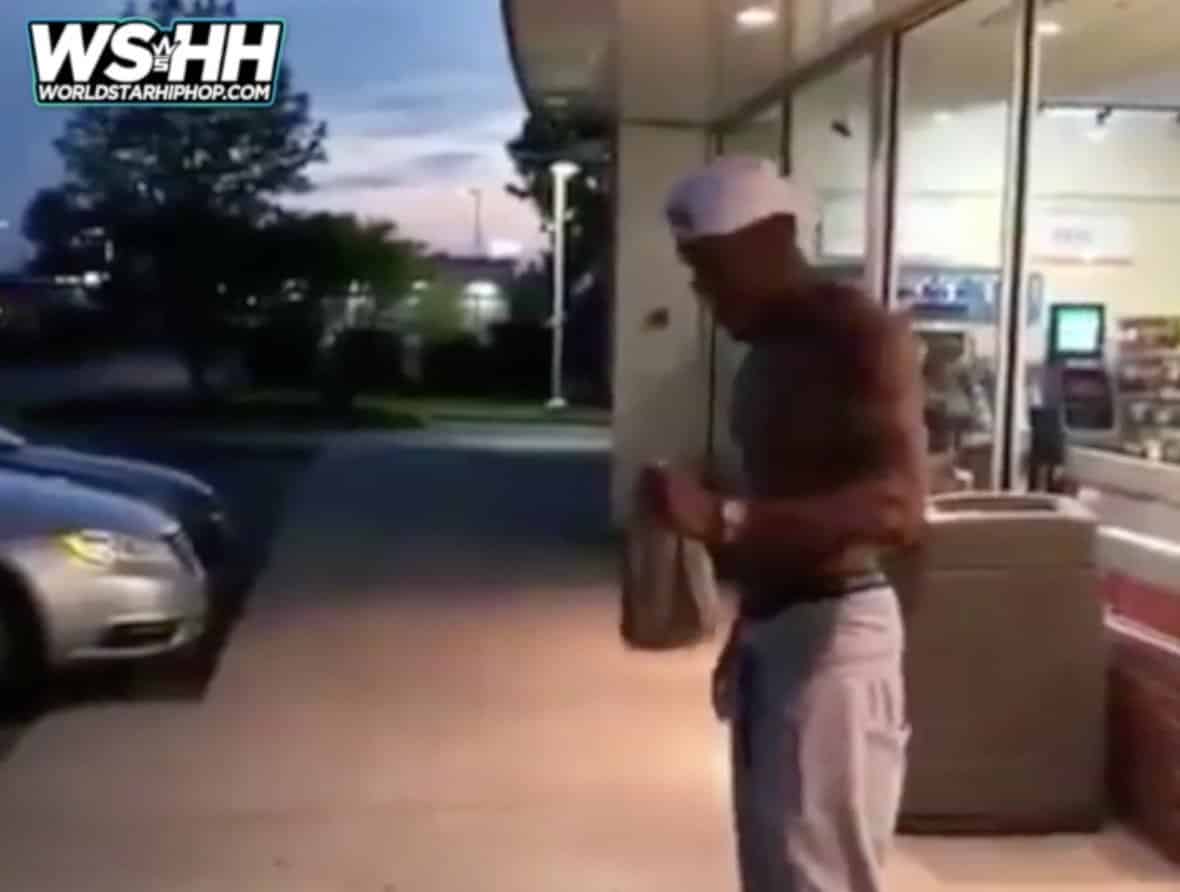 He took a swig from the bottle but didn’t offer it to the woman waiting for him. 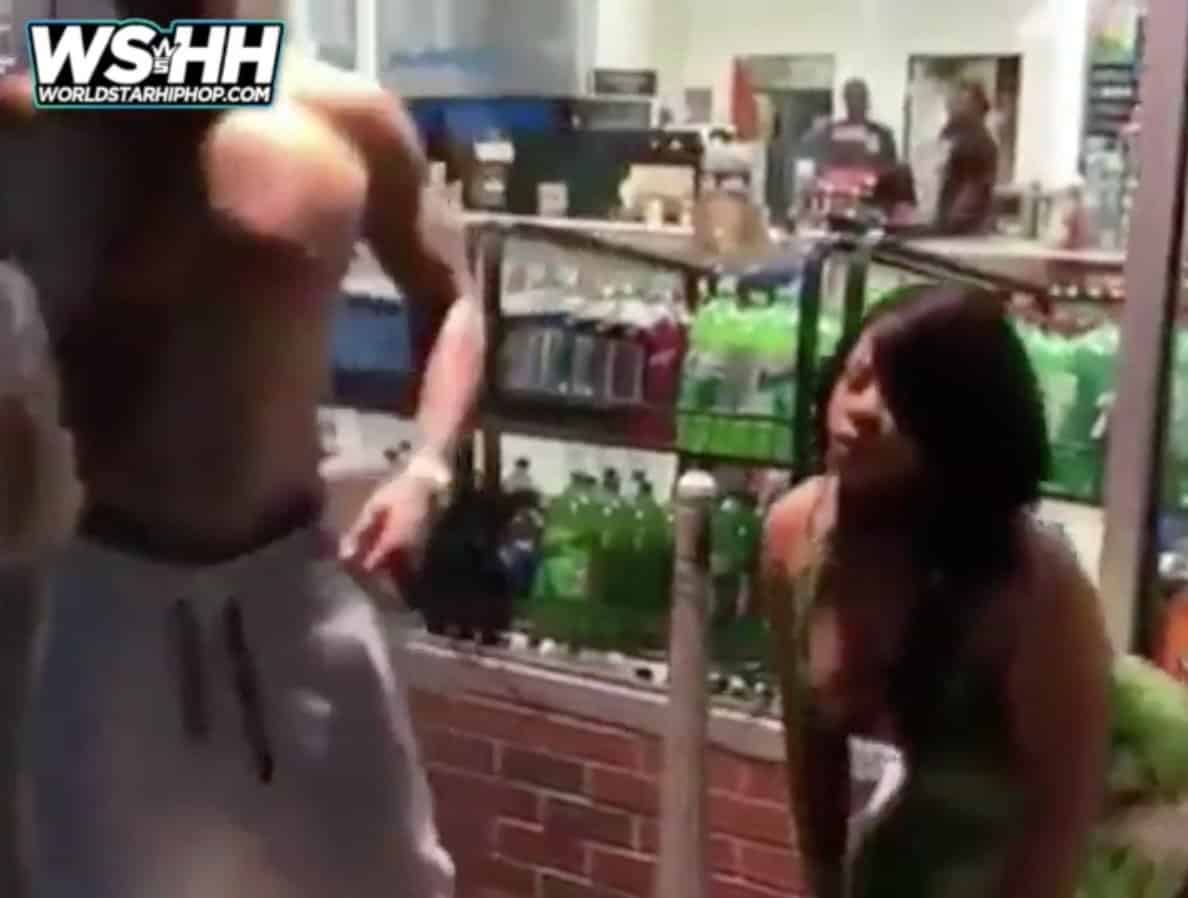 He walked towards her, took the leash, and began to lead her in his direction. 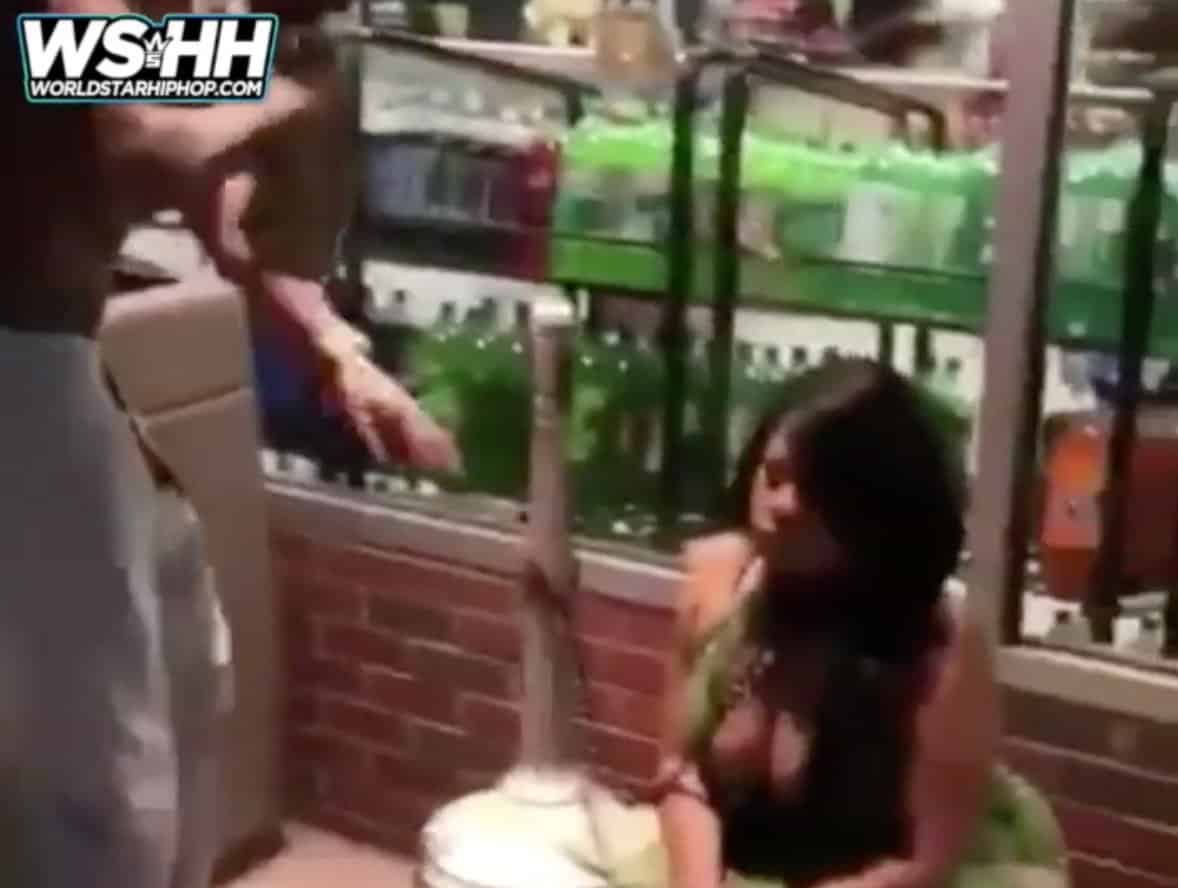 They left the store looking just like how they came in, the man leading the woman by her collar and walking her like a tamed animal. 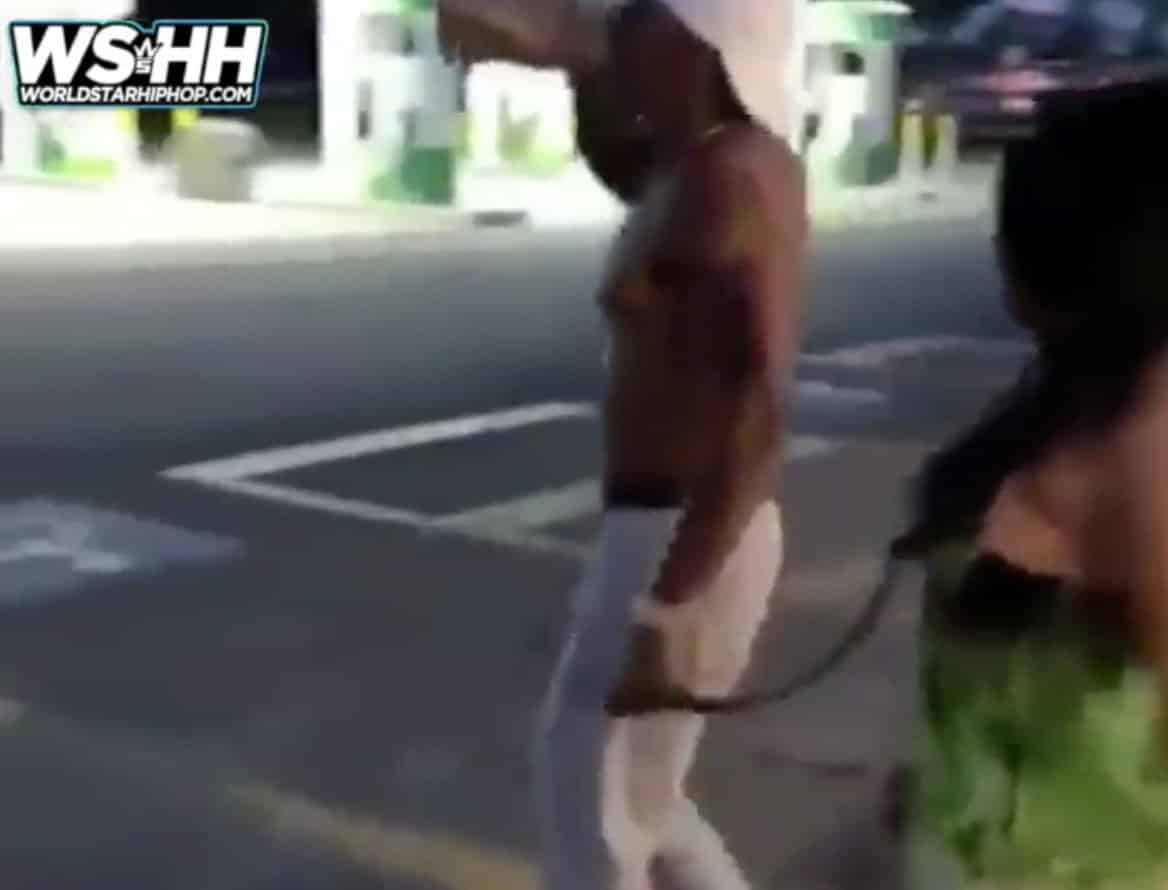 The bizarre scene looked like a typical role play in which one is the dominant and the other is a submissive. In this case, it’s obvious the man is the dominant. The woman may be playing the role of an animal, most likely a dog given the leash. What’s unusual is them taking it outside; these role plays are usually confined to the bedroom. Imagine what would happen if an acquaintance happened to see them in their act.