One man, tired of living in the rat race, decided to fulfill a life-long dream of traveling across the country in his very own school bus motorhome.

Patrick Schmidt was an airport worker who finally got fed up with his dead-end job, and opted to get more out of his life. He quit his Seattle-based employment, and moved towards realizing a goal he’d been harboring for a long time.

He bought a school bus and converted it into a traveling home: 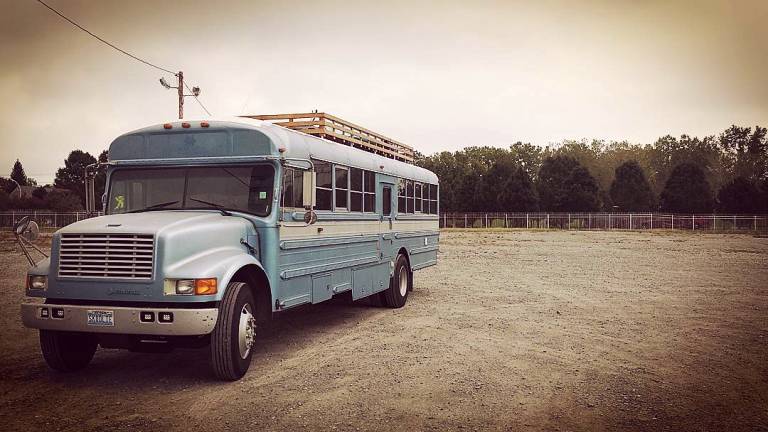 After quitting his job, Patrick acquired the blue school bus for $4,500 and named it Skoolie. He didn’t jump the gun immediately, however. He wanted to see how the new lifestyle would treat him. So he put in 10,000 miles on the bus before settling into it on a temporary basis.

The bus was his window to adventure, and he traveled to 30 states from Las Vegas to Florida in his tiny road warrior dwelling. 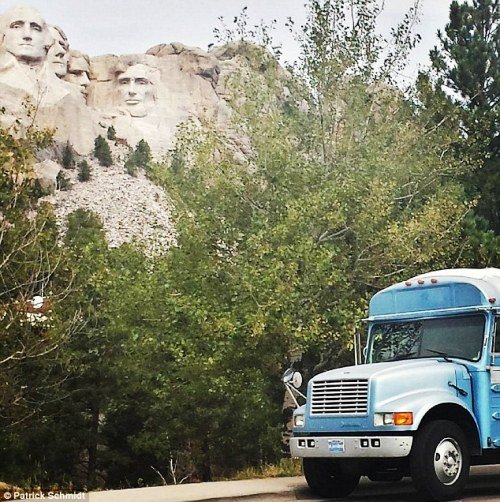 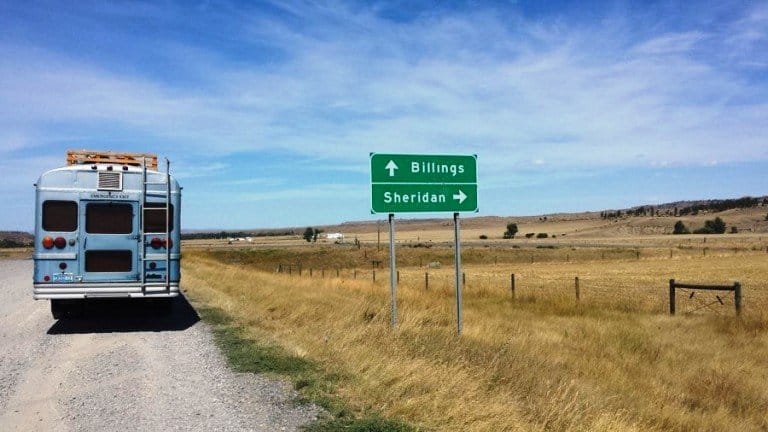 Skoolie slumming around in between destinations. 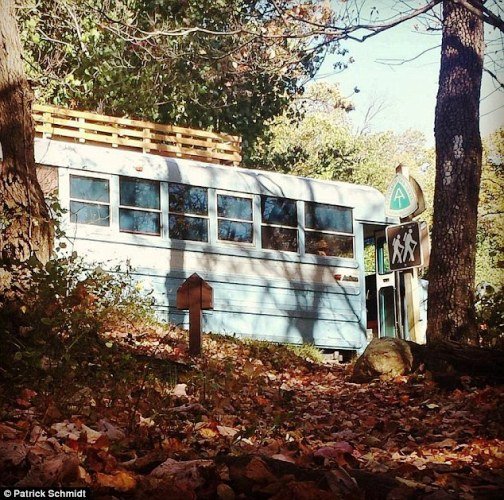 He finally drove it over to his parents’ house in Las Vegas, where he and his dad worked on converting it into a fully livable mobile home over the space of three months.

Patrick and his dad at work. 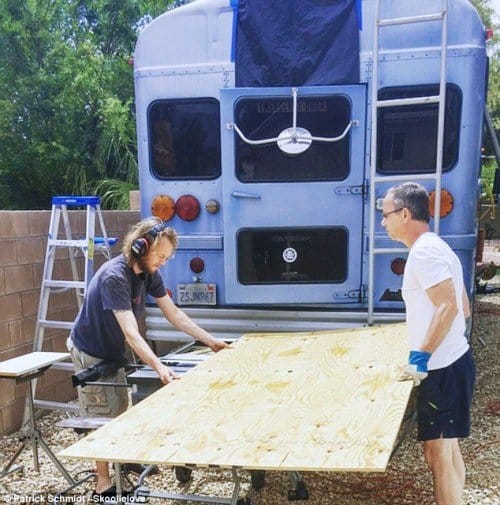 DIY dreams are made of these: 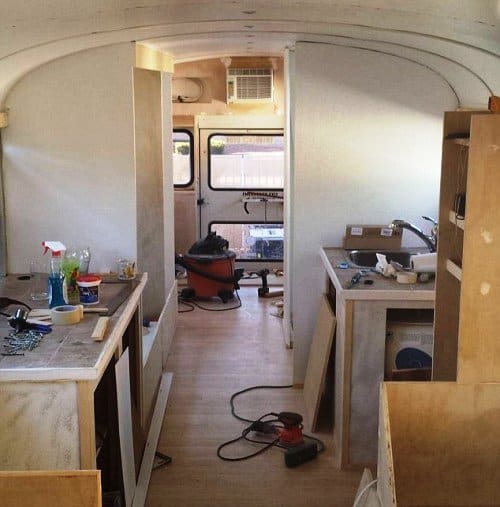