There a lot of people who have been shifting to DIY projects for their homes. They purchase old stuff from antique shops or over the internet and tinker around with the things they’ve bought, and after a few hours or so, these people already have a new cabinet, bed or even a new house to live in.

The living area has a chimney. Yes, this was a bus in its past life. 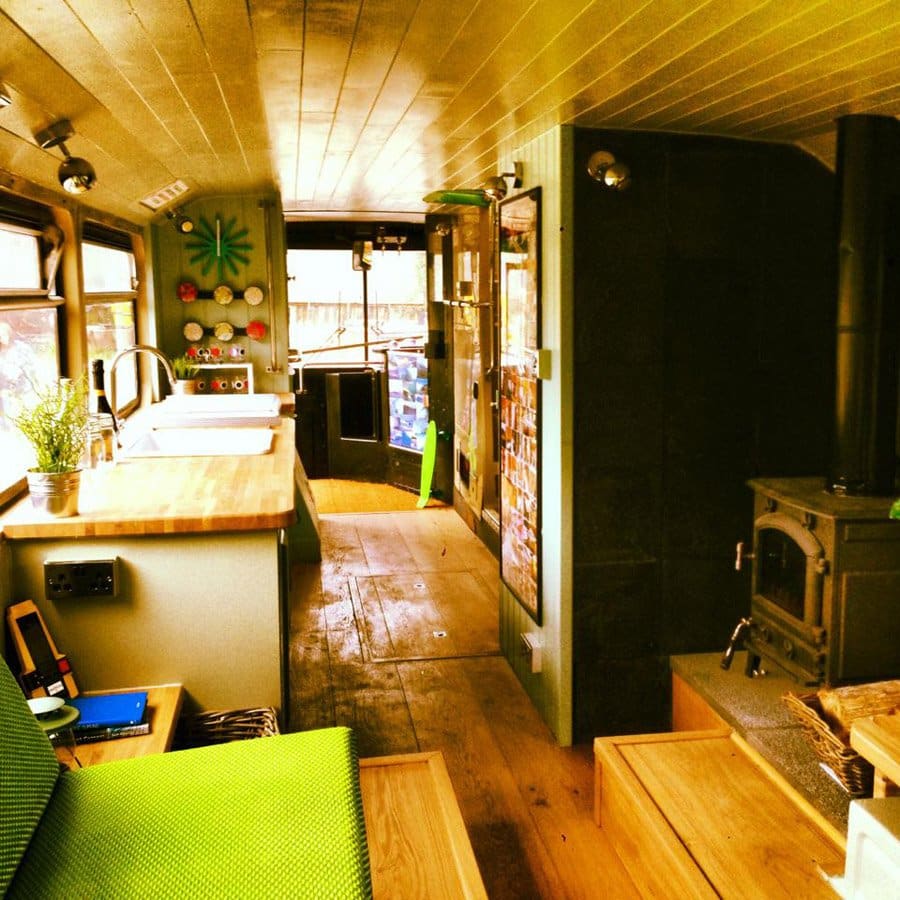 I’m pretty amazed at the cool stuff people can do with something old and unusable and then magically turn them into something that works. This story is about Adam Collier-Woods, a very carpenter, who bought an old, rickety double-decker bus and turned it into an amazing home for him and his 12-year old daughter. 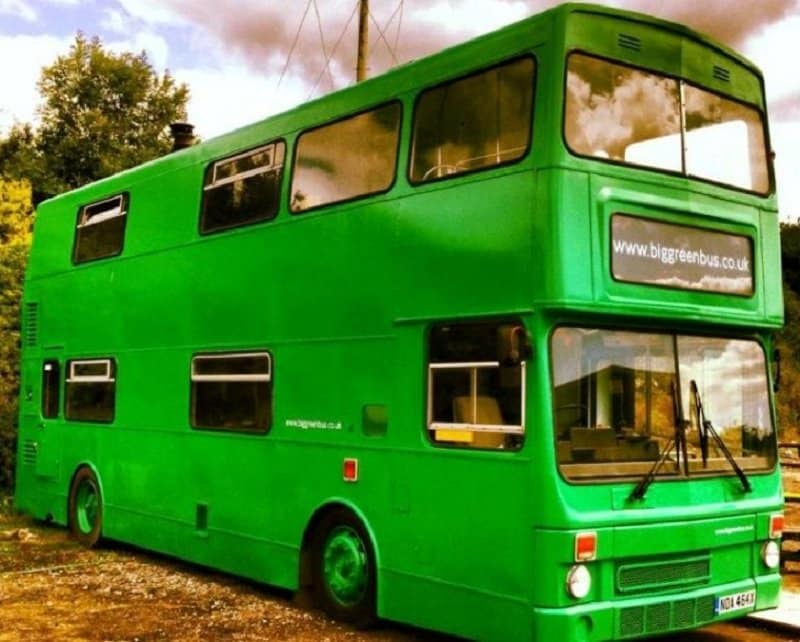 He bought the bus on eBay and started working his magic on it. After the first inspection of the bus, it was easy to see that there was a lot of things that needed to be fixed. Every nook of the bus absolutely needed to be fixed. The windows leaked and were irreparable not to mention the floors that were rickety and rotten. The walls also needed to be insulated. The bus after all, was never designed to be lived in.

The interiors are casual and cool. 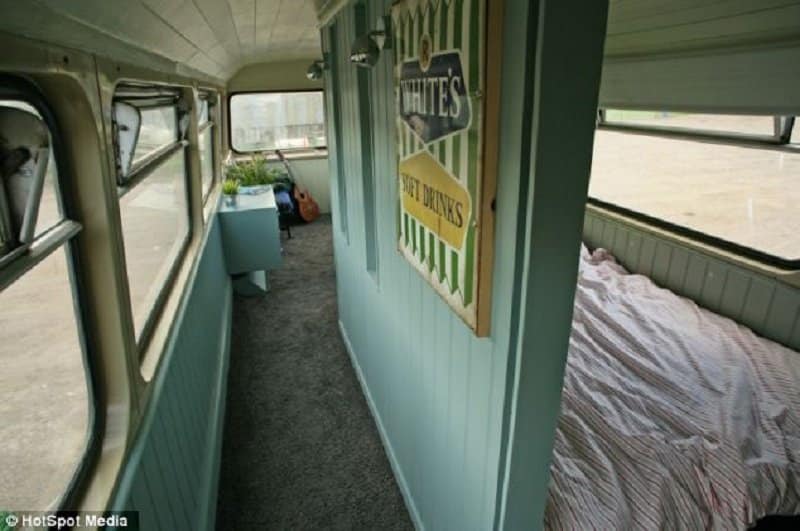 Piece by piece and section by section, Adam took down the bus and worked on his DIY project. When you look at how old and derelict the bus looks like, you would wonder in amazement, just like I did, at how Adam was able to turn something ugly into something livable. He now rents out his double decker house or the big green house as he calls it, to people who are interested.

Check out the video below on how Adam worked on this truly jaw-dropping mobile home DIY project.