This granddad is The Man.

As a kid growing up, didn’t you always want to have a treehouse in the backyard?

Lucky for two young children living in Attleboro, Massachusetts, their handyman grandfather decided his grandkids wouldn’t grow up with their faces glued to electronic devices. So he decided to bring them the joy of the great outdoors by building six-year-old Jacob and four-year-old Kayla a three-storey 40-foot-tall treehouse! 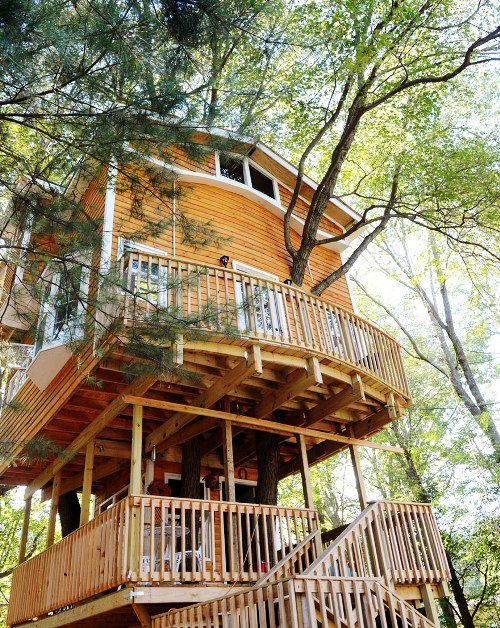 The 59-year-old contractor spent his career building luxury treehouses for clients all over the US, and before his grandchildren were even born, he resolved he would build them a treehouse to call their own.

Recalling the humble treehouse of his boyhood, which consisted of a single piece of 4-by-8 plywood sheet nailed as a platform on a tree, Hewitt decided he would put up a huge structure any kid would be proud to have.

So far removed from your basic 4-by-8 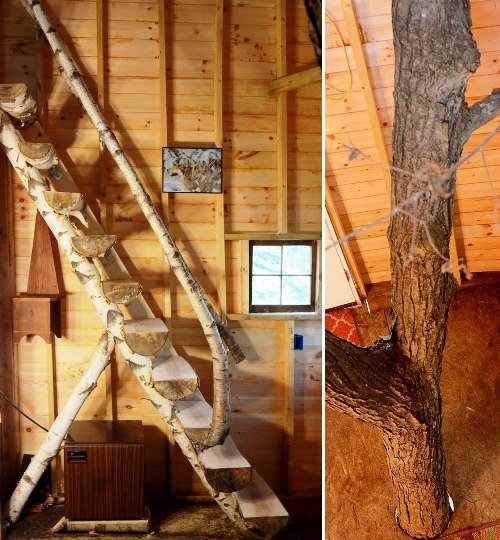 Over the course of two years, Hewitt began constructing a treehouse around four Maple trees on his property. Using scraps from his construction jobs, he built a full staircase, a shingled exterior, a large deck, a huge family room, a bay window, a comprehensive ventilation system, and even a spiral slide leading down to the ground. 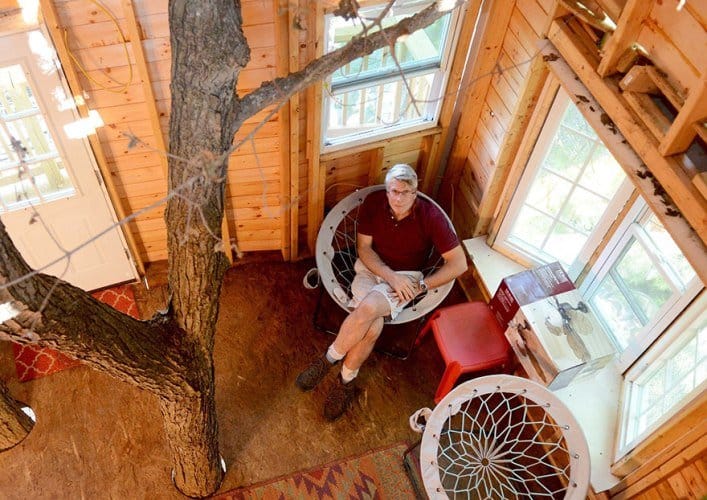 The treehouse has grown over the years, and Hewitt has added a mudroom, as well as a wooden bridge leading to the main house. Currently, the Hewitt grandchildren’s treehouse is a tri-level wonder bigger than some family homes, and its even compliant with the city building codes.

Pretty please, can we live here…? 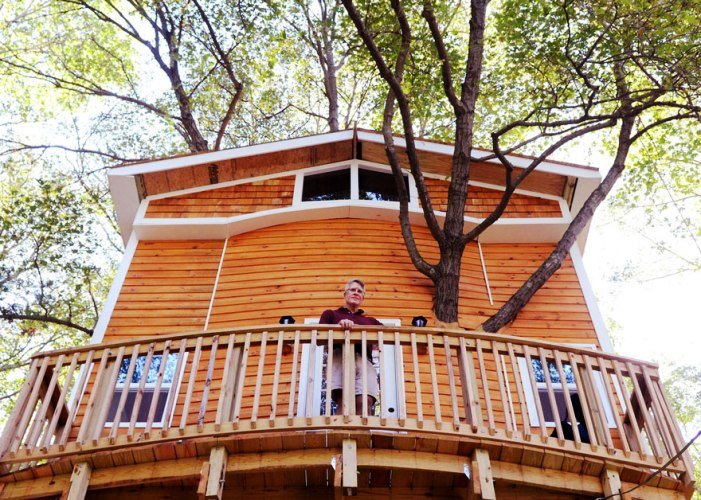 Jacob and Kayla are delighted, and frequently visit their grandfather’s property to explore the world of wonder their doting granddad built for them.

Calling Jay Hewitt… will you please build us a treehouse, too?