The philosophy of a lot of companies is that giving their employees added perks motivates them to perform better. Some companies give out hefty healthcare plans, others give them allowances, while others give them a great working environment to get those creative juices flowing.

Amazon has done just that by building huge spherical treehouses complete with over 20,000 plants to invigoration the minds of their employees.

Amazon is building three interconnected plant-filled orbs in their office in Seattle, Washington. These treehouses were designed by architecture firm, NBBJ, and the overall design is similar to their other clean, crisp and modern designs.

Here are some photos of Amazon’s treehouse trio.

The Amazon treehouse is set to open in downtown Seattle by 2018. 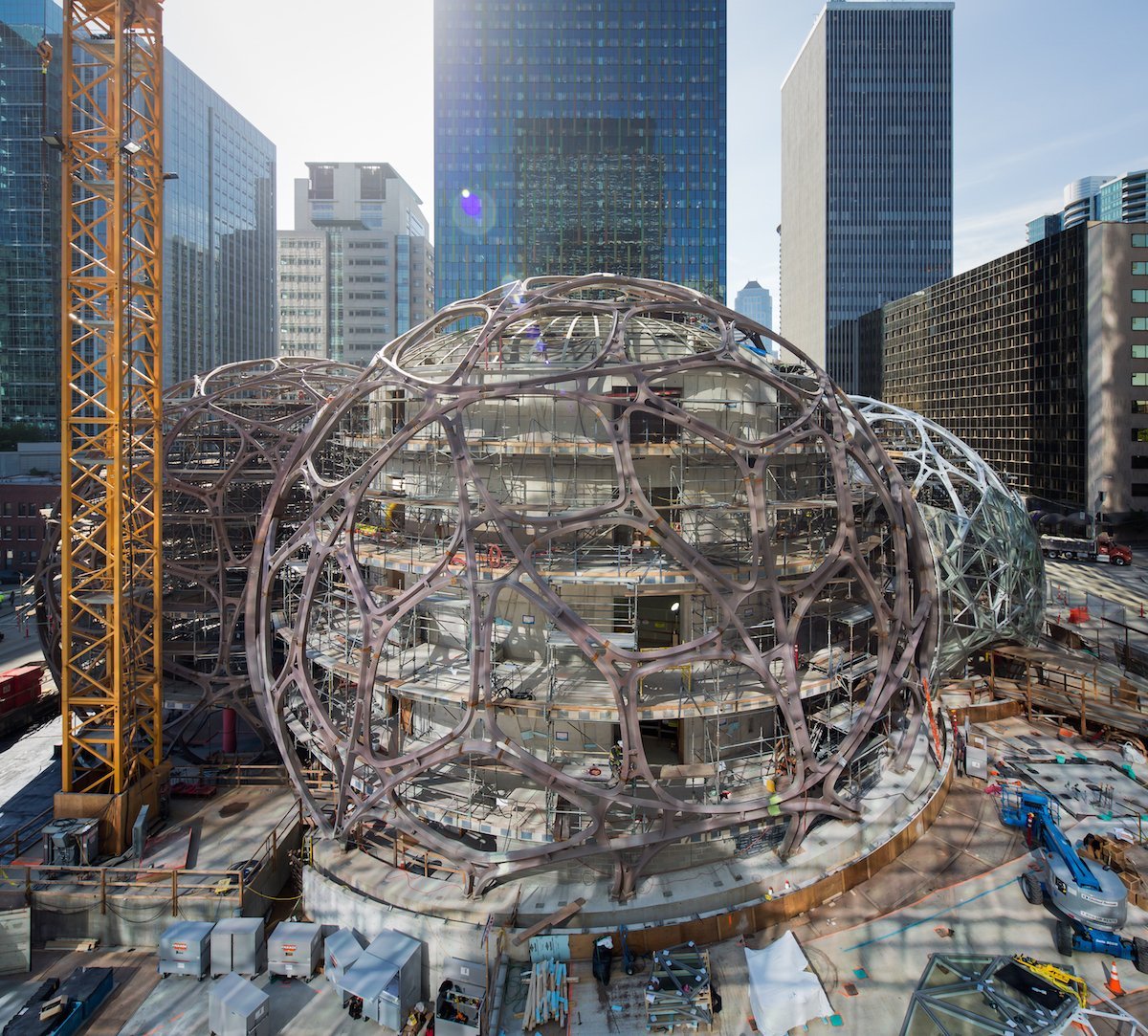 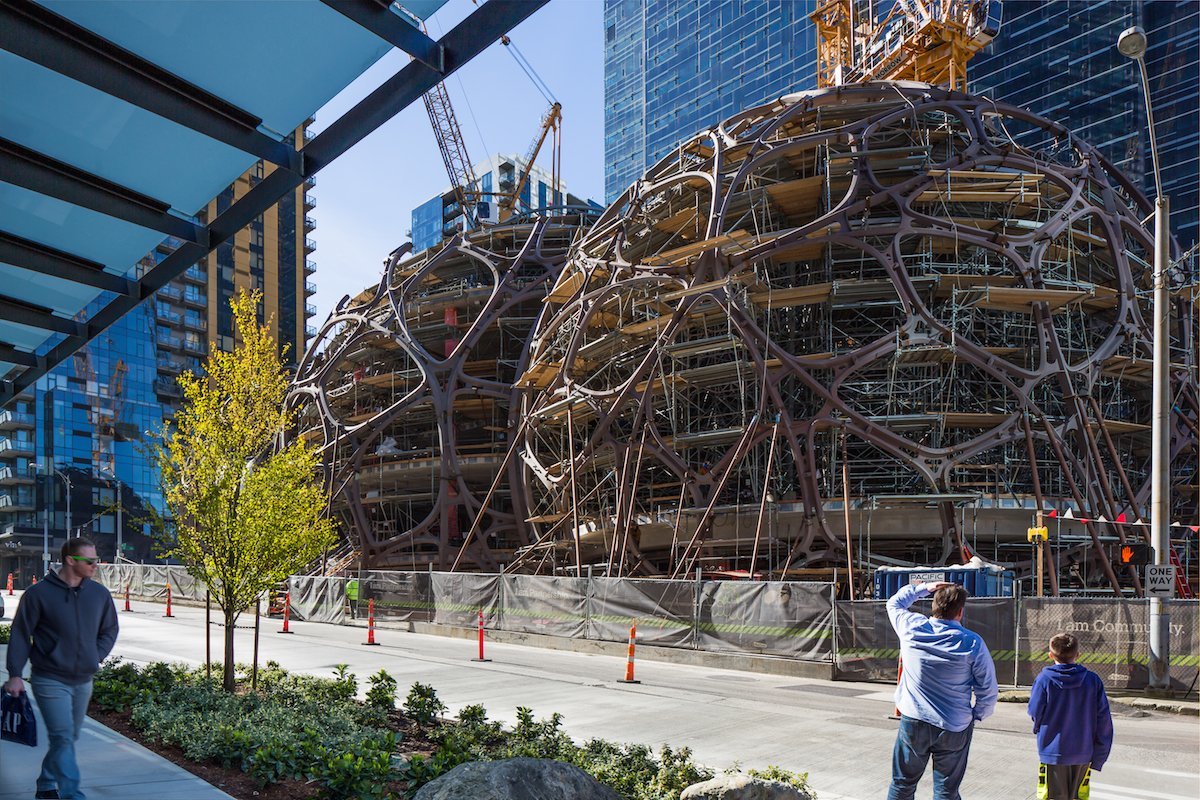 The largest of the buildings is 90 feet tall! 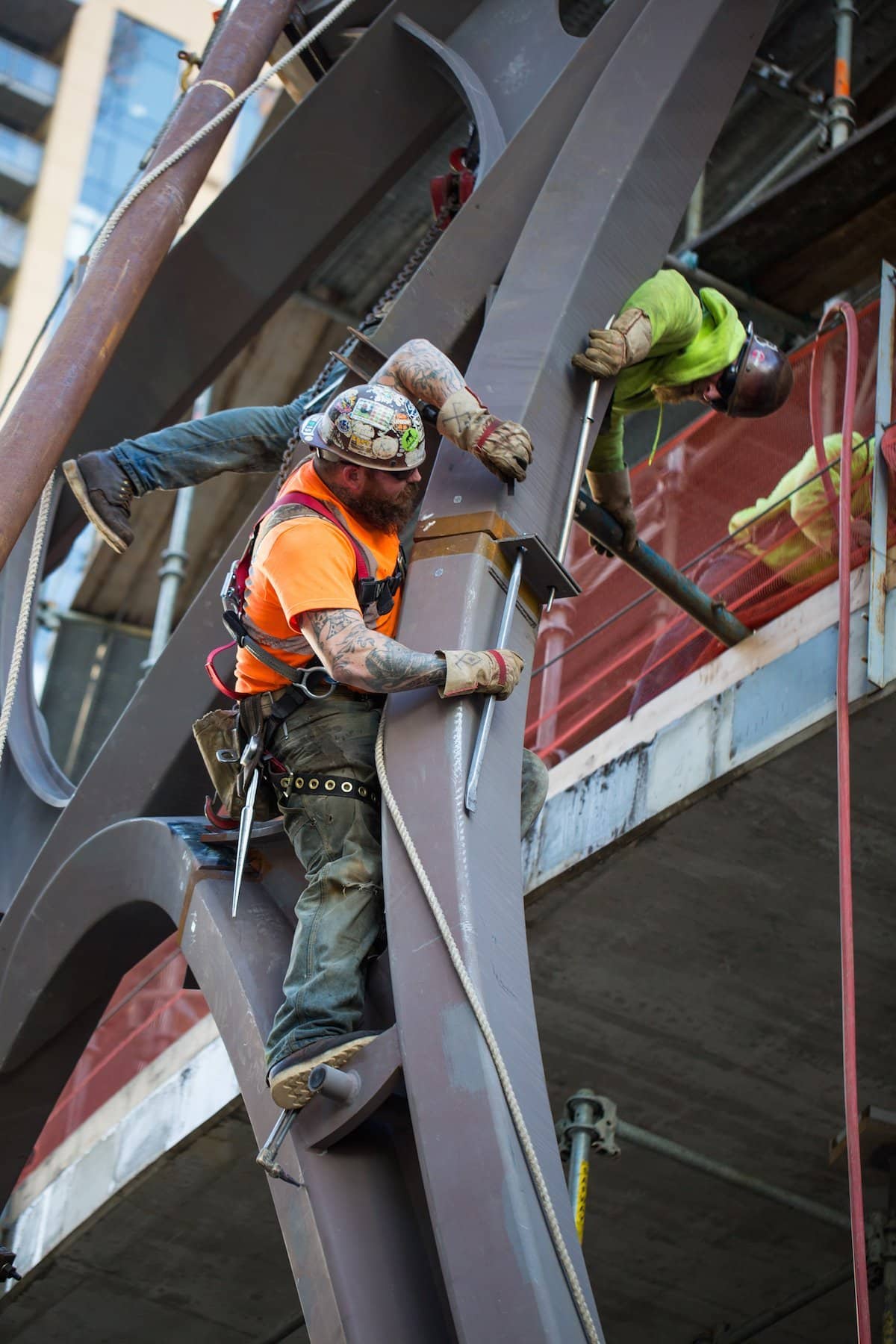 The Amazon treehouse will have 5 different levels that can accommodate up to 800 people. 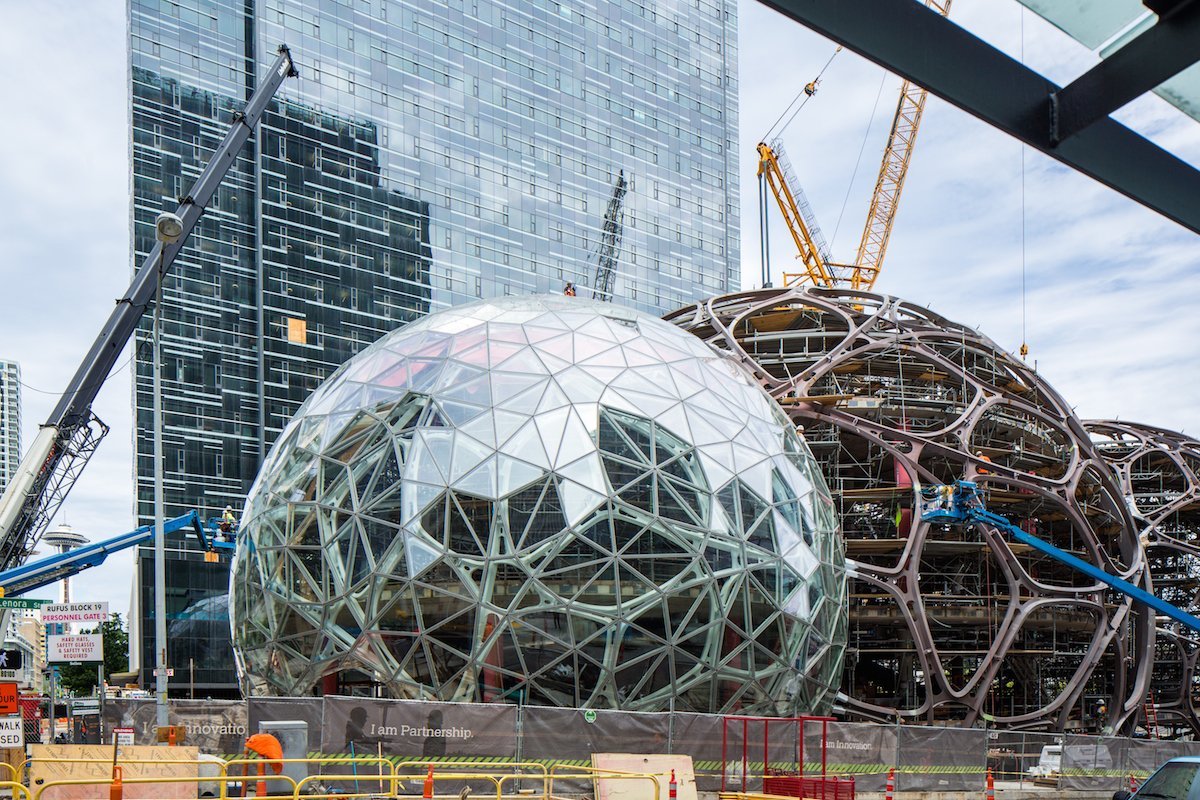 You can see the pentagonal pattern of the spheres in this photo. 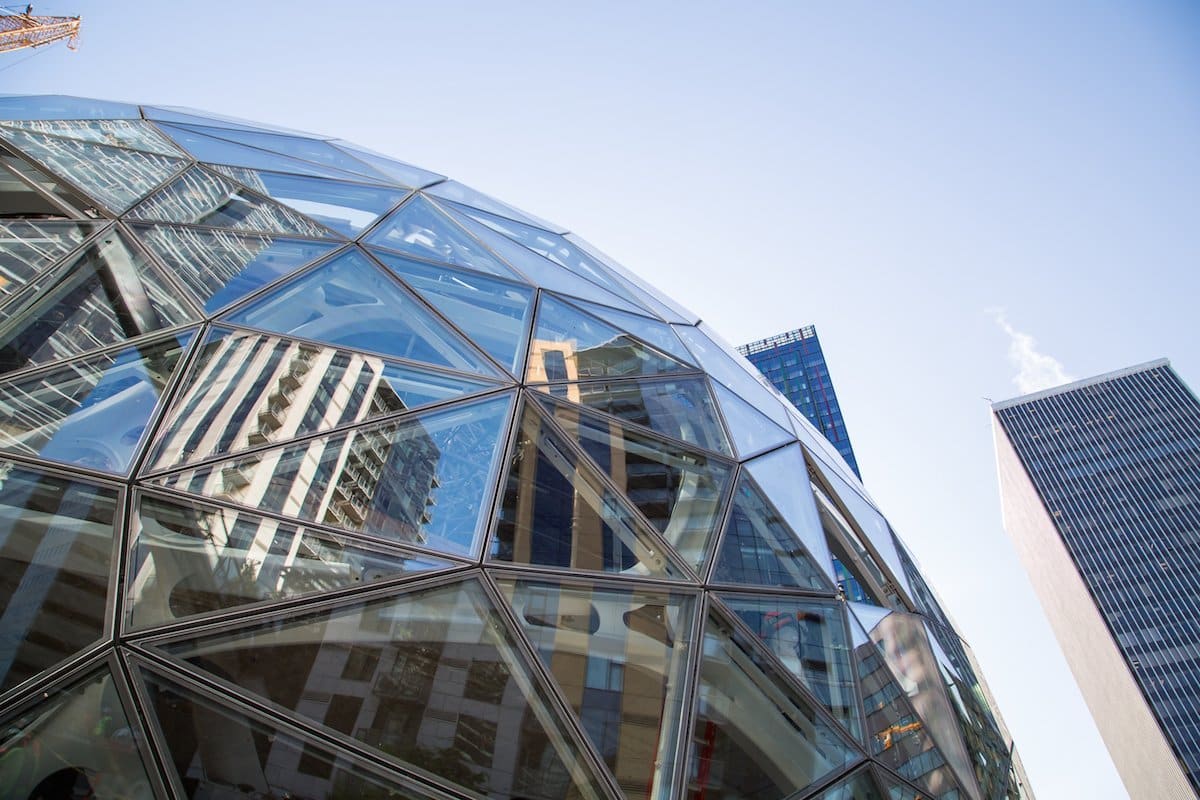 This pattern is called a Catalan, and will repeat 60 times on the surface of each sphere.

Amazon has partnered with the University of Washington to grow over 3,000 species of plants in the greenhouse. 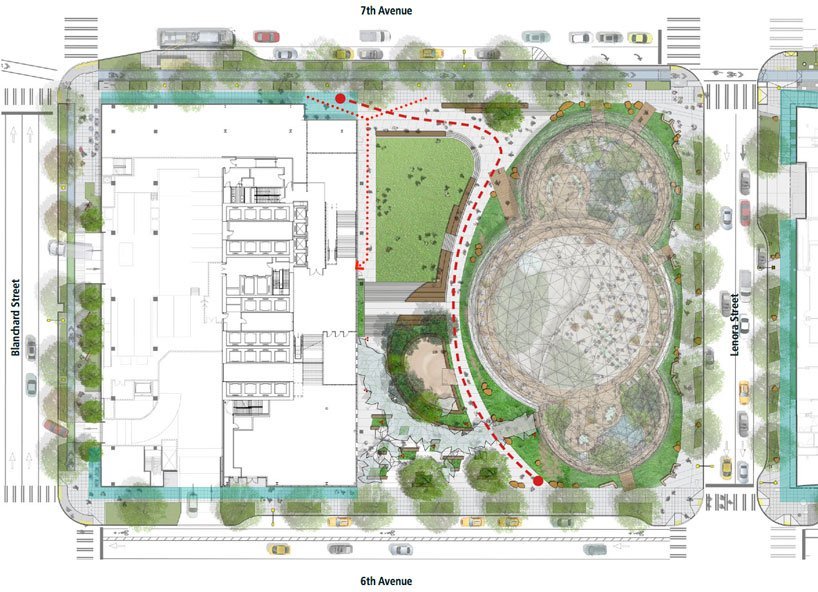 Once construction is finished, the spheres should house 400 species of plants from over 50 countries.

The plan for these spheres started out in 2013, with Ron Gagliardo, the company’s horticulturist, assigned to grow and oversee the plants at the greenhouse. 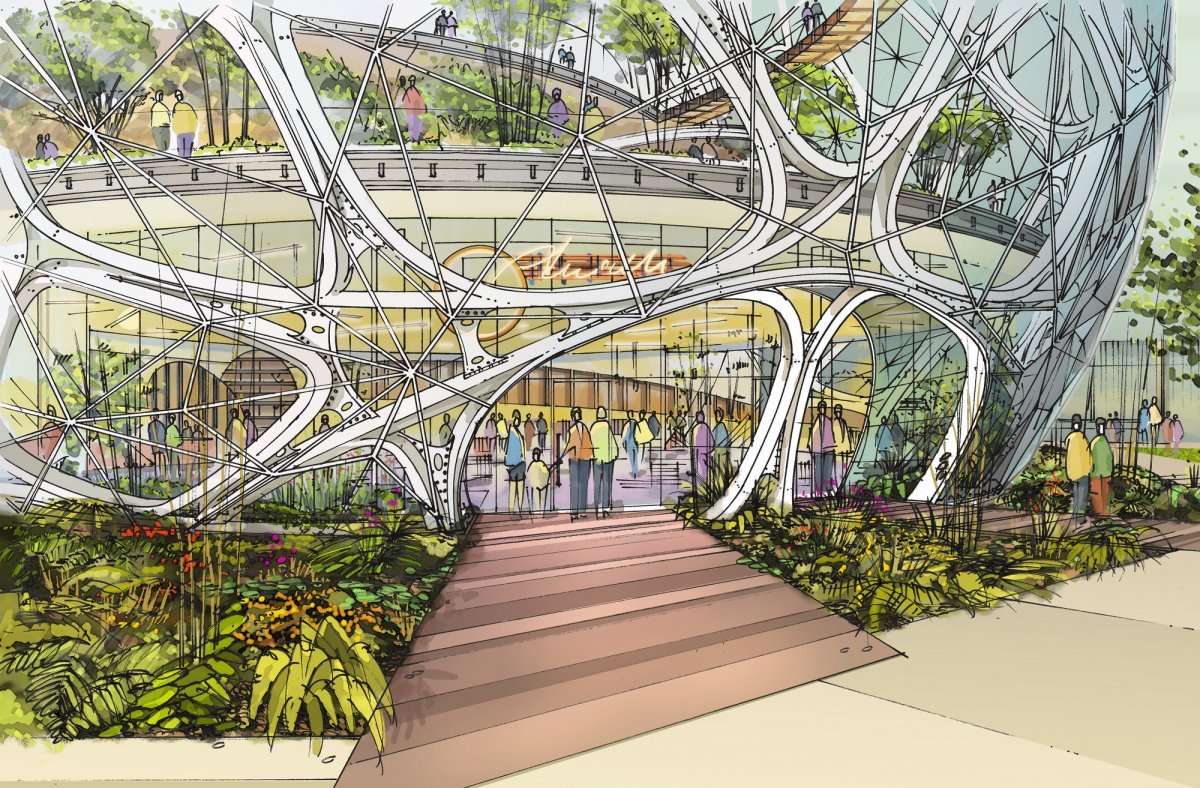 The spheres were created to increase the productivity and happiness of Amazon employees.

They might also lower the stress levels of Amazon employees and people in the surrounding area, since Seattle doesn’t have a lot of green space in its city. 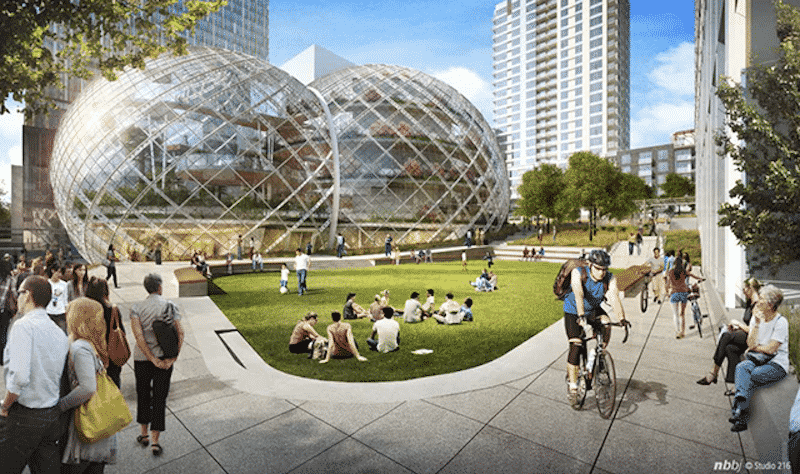 The spheres will have 3-story tree canopies, a 5-story living wall, a creek, a waterfall, and meeting rooms made of vines. 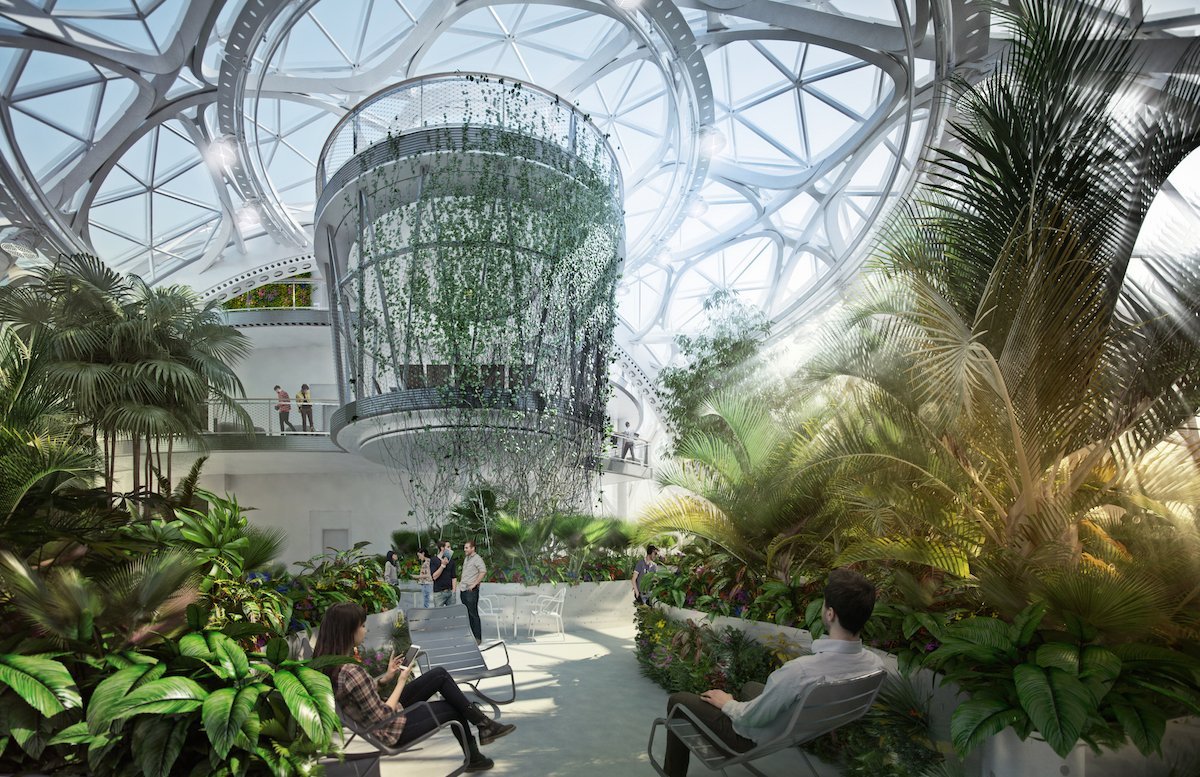 And they’ll be the touch of green in a predominantly urban environment.