When you think of men wielding swords, you’re probably picturing a medieval infantryman wearing armor and heading off to battle. You’re unlikely to be thinking of a man in full military gear in World War II. However, there was one brave soldier who went into battle in full gear along with a bow, a quiver of arrows, and a basket-hilted claymore by his side.

Meet John Malcolm Thorpe Fleming Churchill, aka Mad Jack, second in command of a British infantry company. Mad Jack was a decorated soldier who fought in the battle of Dunkirk in 1940, wherein 300,000 troops became stranded on the beaches and needed to be evacuated. One of his great achievements in this battle is shooting down a German soldier with one of his arrows!

Jack Churchill aka Mad Jack, one of WWII’s greatest badasses. 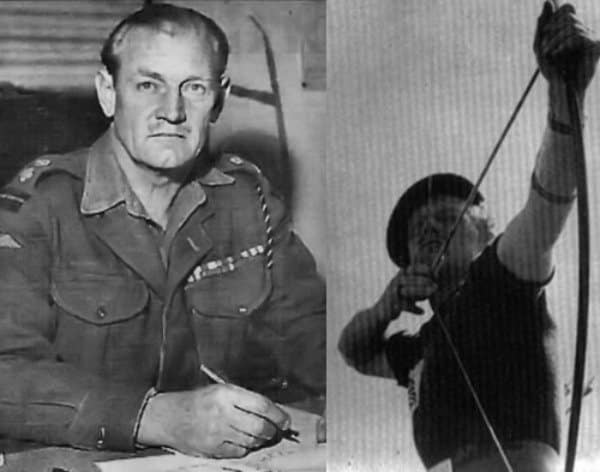 Remember how we said he had a sword? Well, one of the most well-known tales about Mad Jack occurred in 1943. He was a commanding officer in Salerno, and to boost morale in his troops he went ahead of his soldiers wielding his sword. German sentries were either slain by his sword or were scared out of their minds at this “demon” that they eventually surrendered. Mad Jack took 42 prisoners that night with the help of just one other companion.

That’s Mad Jack to the right, heading off to battle with sword in hand. 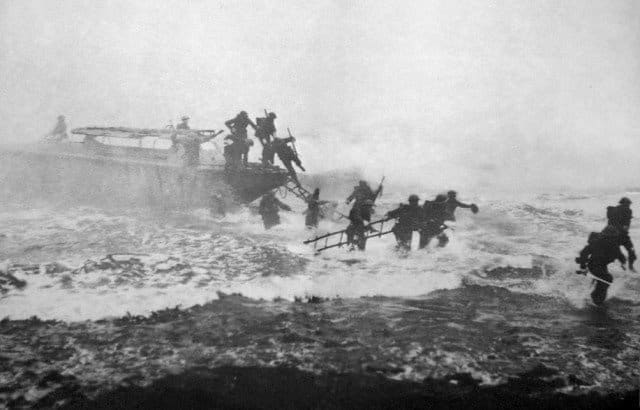 Later in 1944, his troops were set to attack German soldiers from a hilltop. However, only six of them managed to reach the target. But even though Mad Jack found himself facing the enemy with only a few other men with him, he did the unimaginable. He took out his bagpipes and played “Will Ye No Come Back Again,” until he was knocked unconscious by a German soldier.

Mad Jack took out his bagpipes and played this song.

He was locked up for a time and was considered a “prominent” prisoner because the German soldiers believed he was Winston Churchill’s relative. He wasn’t – but that didn’t make him any less important. During an escape attempt, however, he was captured again and sent to a camp in Austria.

Once in Austria, Mad Jack was able to escape the camp when the lighting system failed. He sneaked away from the camp in the dark and after 8 days and 150 miles of walking, he managed to find some armored vehicles of the United States Army in Italy. He was glad to be found, however, he did regret missing out on the war during his one year stay in prison.

Mad Jack stares down the barrel of a captured Belgian 75mm field weapon. 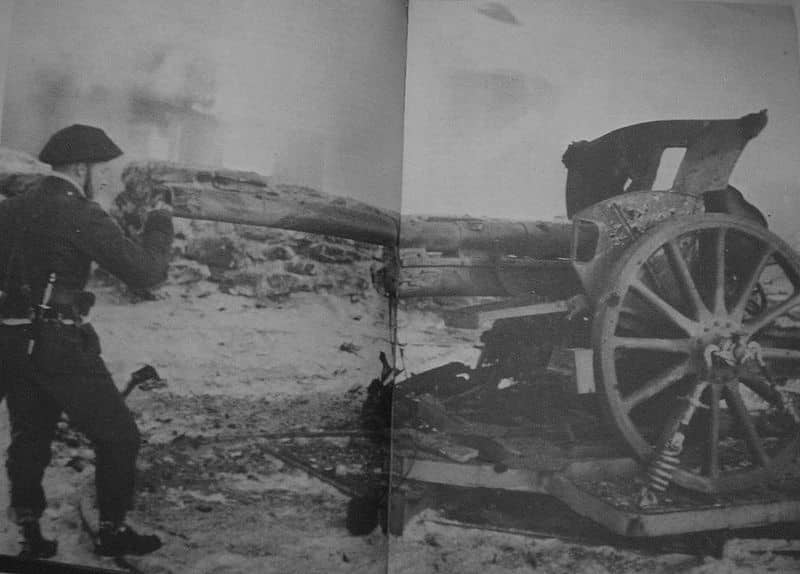 So he did what any other soldier wouldn’t have done – he got himself assigned to Burma where the war was still waging against Japan. However, once he got there, the bombs had already been dropped on Nagasaki and Hiroshima, and the war was over.

Churchill, unhappy to no longer have a war to fight in, said,

If it wasn’t for those damn Yanks, we could have kept the war going for another 10 years!

After the war, Churchill didn’t settle down into a quiet life despite getting married and having children. He trained as a parachutist until he qualified, and then got himself sent to Palestine as the second-in-command of the 1st Battalion. Later on, he became a land-air warfare instructor in Australia, where he learned to surf. He officially retired from the army in 1959 and died in 1996 in Surrey.