The dating game isn’t always what it’s cut out to be these days. You swipe right on your dating app to meet someone new only to realize they aren’t the person they represent themselves to be. It can be a disappointing cycle, to say the least.

A woman from Rotherham in South Yorkshire, England is throwing in the towel on ever finding her “Mr. Right” in the digital age.

Lynne Gollogly is turning 40 soon, and has given up on finding her true soul mate in this lifetime. 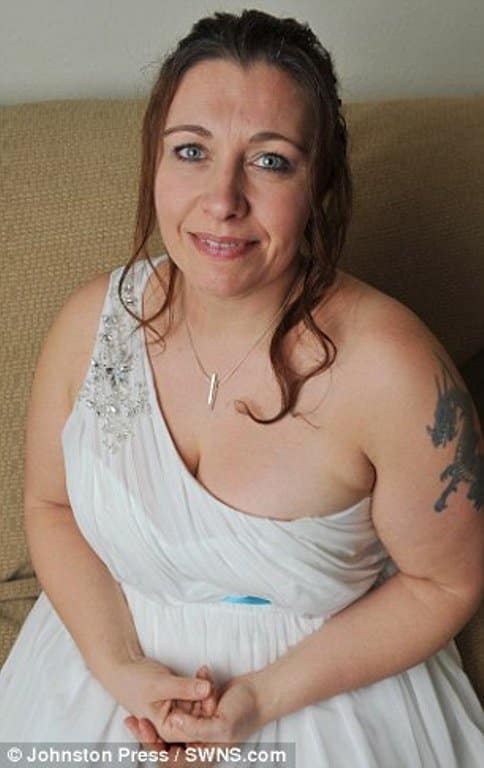 She’s so frustrated about it that she’s decided to MARRY HERSELF! 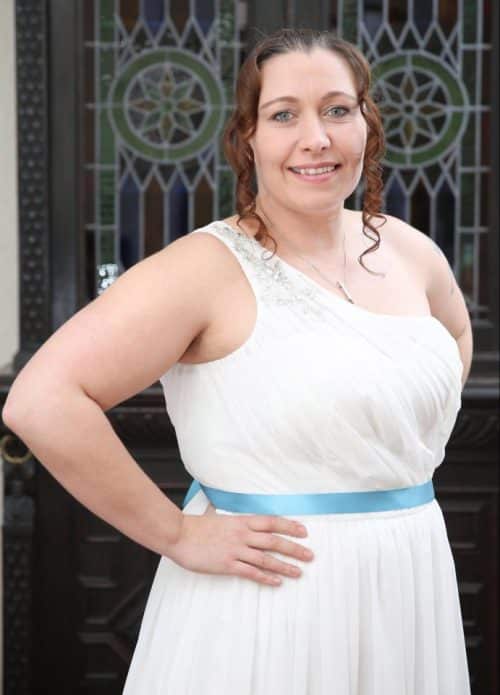 Lynne has organized a whole wedding, complete with invitations, reception, honeymoon, and a gorgeous wedding dress to marry the only person she’s ever happy to be with.

With her 40th birthday barely a month away, Lynne is prepared to say “I do” after she declared she has no further interest in getting into a relationship with anybody else.

Lynne got the idea after watching an episode of the TV series, “Friends,” where Monica, Phoebe and Rachel try on wedding dresses.

“It’s always something I’ve wanted to do, and because ‘Mr. Right’ hasn’t turned up yet – I’m just going to go ahead and get married without him.”

She has prepared a full white wedding on the big day and has gone through make-up trials to find the best look for herself. All in preparation for her wedding bash which is taking place in a “top secret” venue she’ll be revealing in due time.

In her wedding invite, she encourages female friends to wear bridal gowns of their own.

In fact, she expects more than one bride at her wedding. 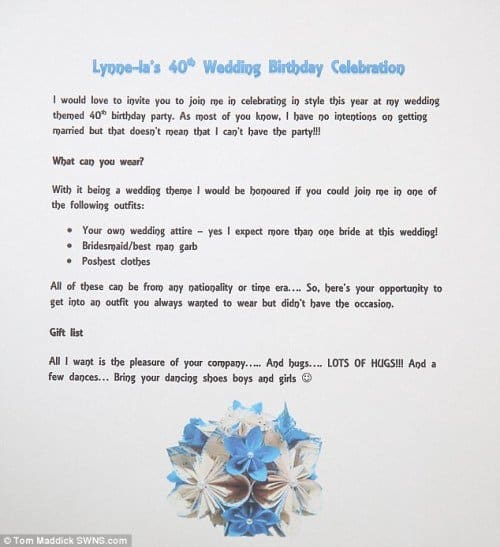 There’ll be a disco and a buffet at the reception, as well.

Lynne, a business analyst, had been through an engagement once when she was younger, but she thought it was silly and nothing came of it.

“You know, I’ve had a lot of potentials in the past, but I’m not just going to settle for anyone just so I fit into today’s society.”

Of course, the wedding itself won’t be legal in the UK. Or anywhere else for that matter, but Lynne is adamant about going through with it.

“I think with these things I’d never say never – but I’m not going to hang around for much longer.”

In any case, she has her family’s full support in this venture. Her mom, Flo helped her pick the perfect dress, and her brother-in-law is driving her to the wedding venue.

Afterwards, Lynne will be jetting off to Rome for her honeymoon – alone, of course! 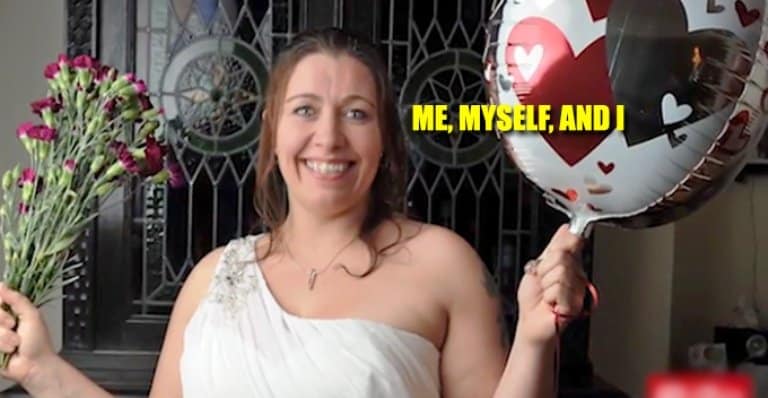 Will she finally meet “Mr. Right” during the honeymoon trip in Italy?

Only time will tell. 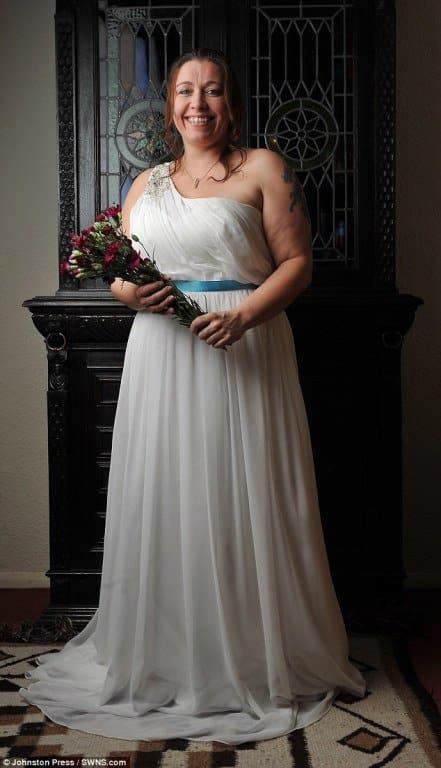