There’s just something about Look Thep dolls that just gives me the creeps. They may appear like ordinary dolls on the outset but if you stare long enough, you know they’re the stuff of nightmares!

Apparently, people in Thailand are “adopting” these dolls and are cradling, feeding, and dressing them up like real children. What makes things terrifying though is the fact that these are haunted dolls that are believed to bring luck, prosperity, and happiness to its owner. 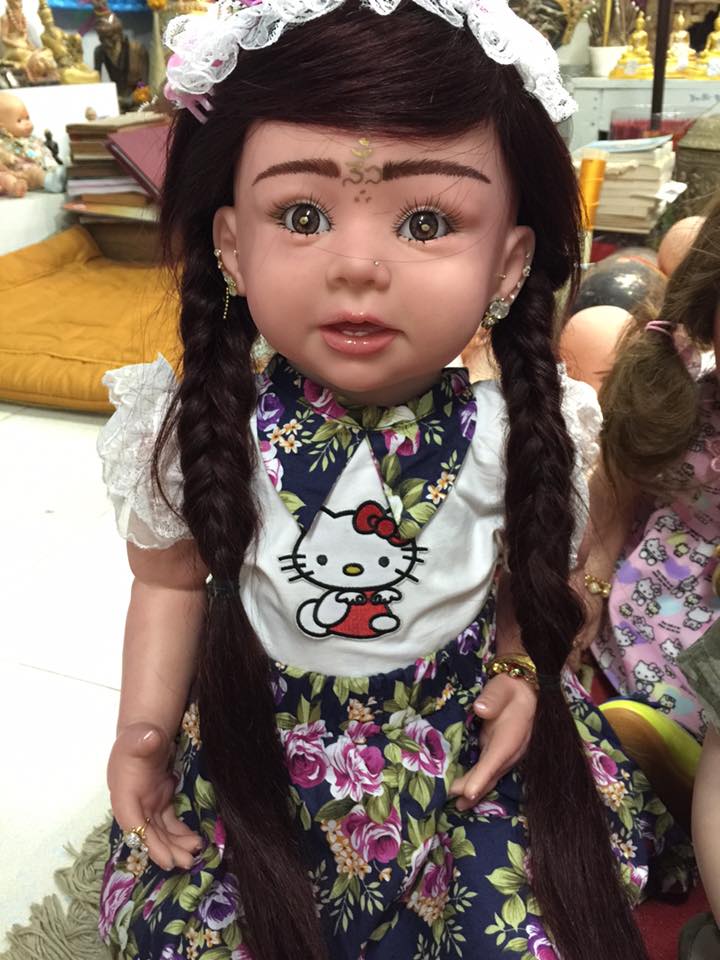 Spirits of deceased children are invited to possess these dolls. This is done with the use of ancient rituals. Those who subscribe to this belief say that the child’s spirit attracts success and happiness.

When treated right, the Look Thep dolls are said to bring luck. 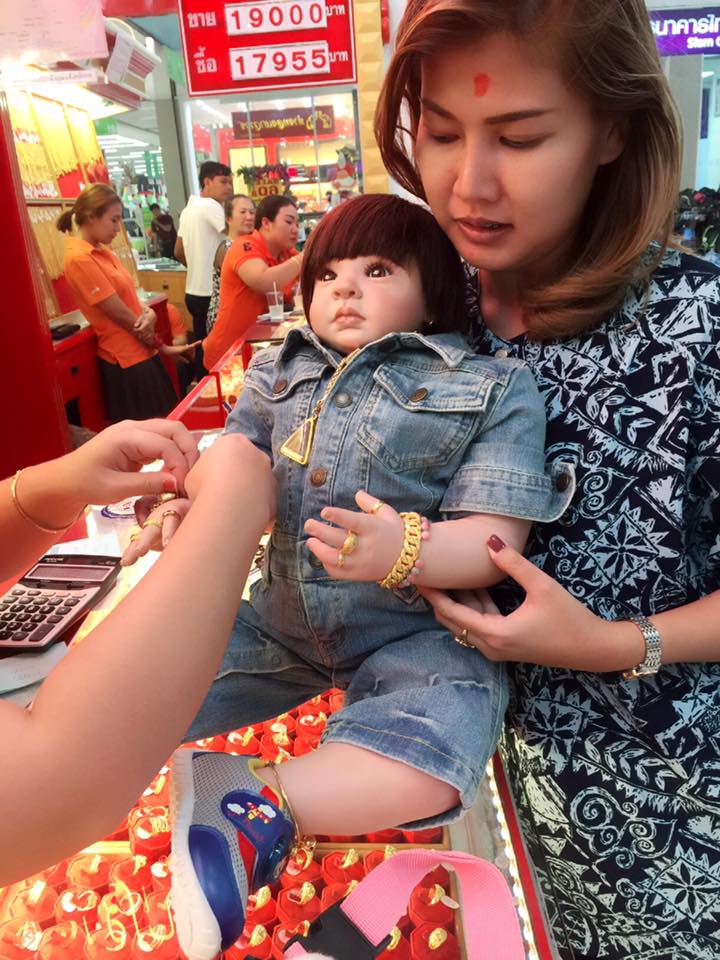 “The first day I got him, I took him out shopping for clothes in the baby section. Right after I paid for his clothes, I got a call that my canceled job was back on!”

Just sheer coincidence, right? Well, the “parents” of these haunted dolls believe it’s more than that.

For example, Mae Ning, who started making Look Thep dolls several years ago, believe that the Look Theps are really the secret behind her success in life.

The ritual involves calling upon Parvati, a Hindu goddess. 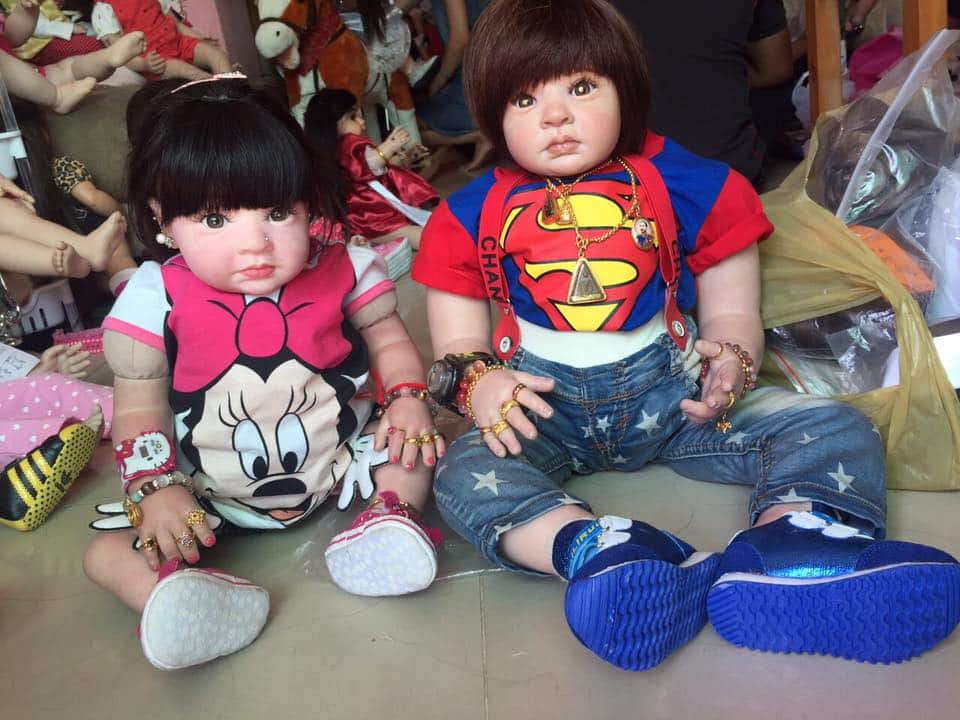 Ning explained that the ritual allows the dolls to be possessed by new souls. Part of the ritual involves reviving these life-sized Look Theps by calling upon the powers of Parvati, the Hindu goddess of love, devotion, and fertility. 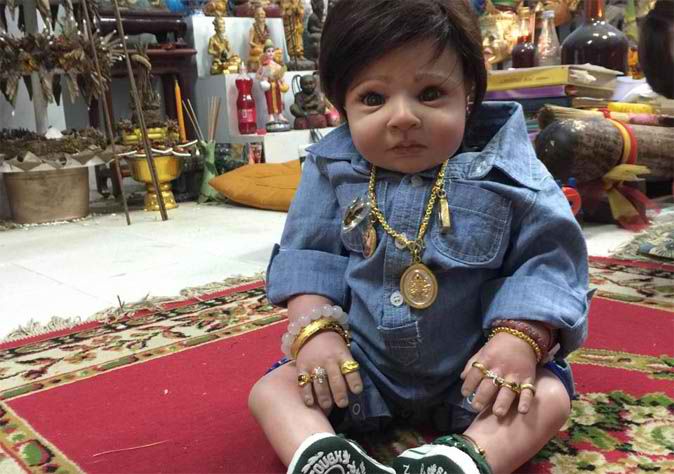 Each of the dolls are given their own names and the believers say they start aging once a soul has occupied it.

The dolls are good for both the “parents” and the dead child’s spirit. 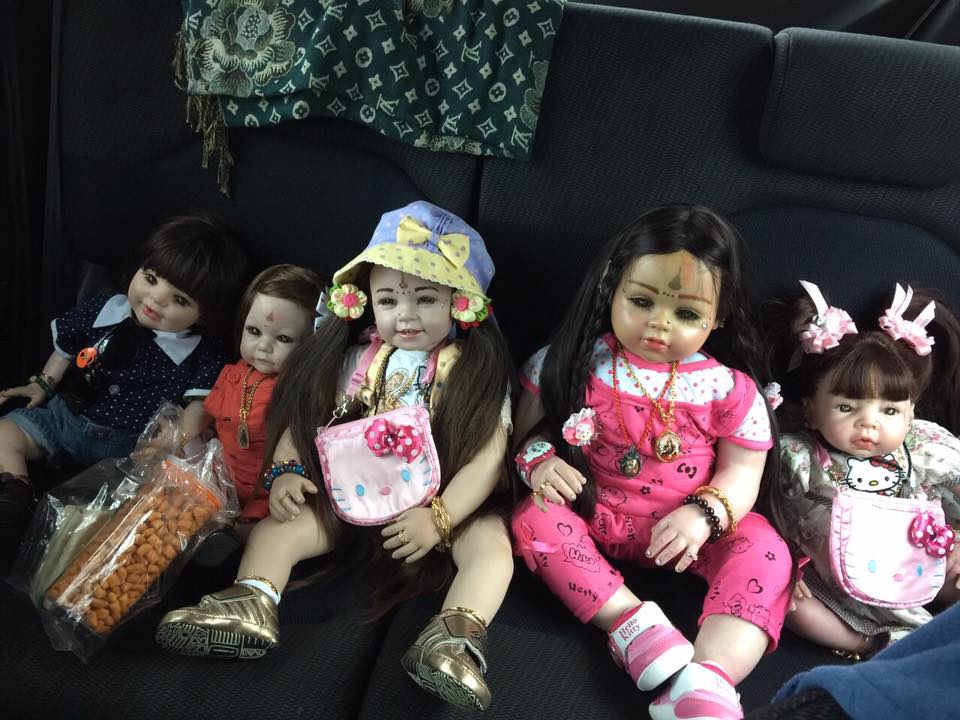 “When we raise a child, some children are stubborn and give us a headache. Some people never found love. Some lost their child. After they adopted a Look Thep, their life has changed. From a broken family where they argue, they now have a cute Look Thep. Suddenly, the family is full of love. This is the case for most of my customers.”

Ning has also confirmed that thousands of dolls are waiting to be adopted by willing individuals and families. She constantly updates an online Look Thep club for those interested to have their own “children.”

“We treat them as if they’re really alive.” 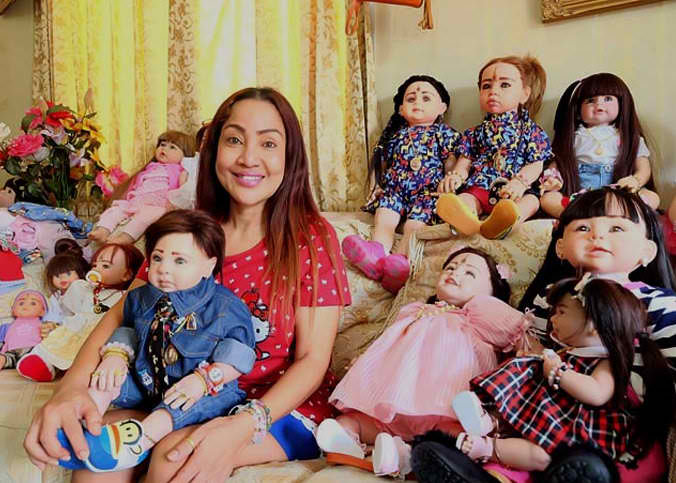 “We treat them as if they’re really alive. I created a soul into it. Can’t you see that he looks very alive? They’re not just spirits. They’re children’s souls. They are the souls I created by chanting incantation,” Ning said.

I don’t know about you guys but I think I’d rather work really hard on my day job than to adopt one of these weird dolls at home.

Just imagine the feeling of waking up in the morning and seeing that the doll is already on a different position than when you left it the night before!

This Newlywed Couple Took A Photo At Their Wedding. When They Looked Closely, OMG… Creepy! 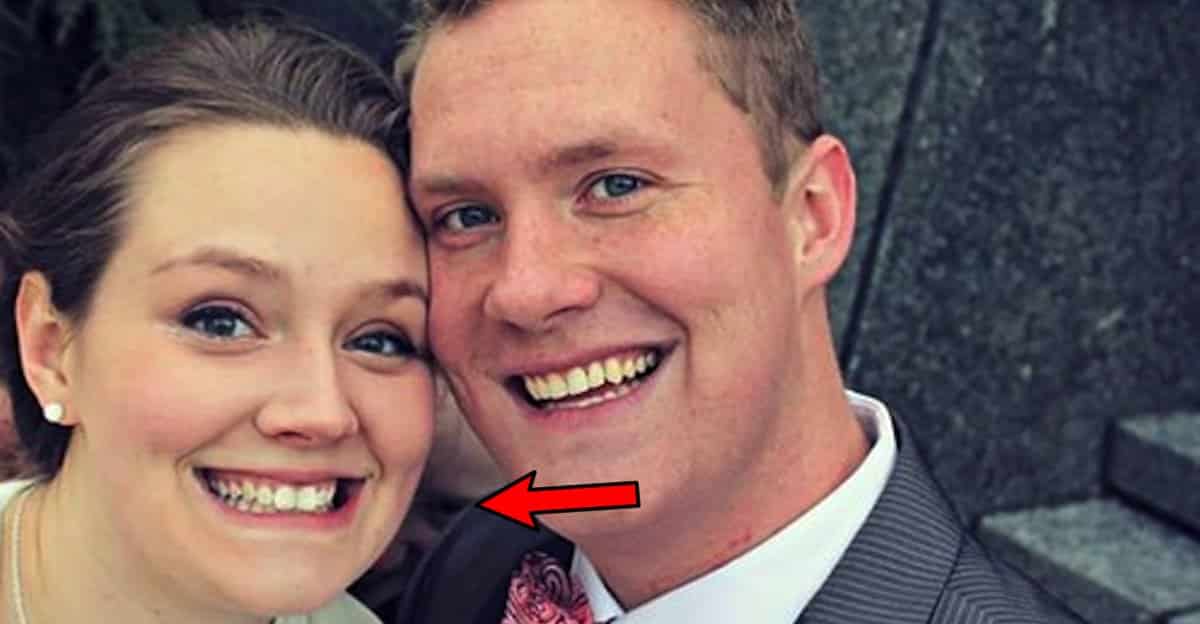