Photographs remind us of the most momentous events in our lives. It takes us back to the actual event and makes us feel what we felt during those special moments. Wedding photos are probably the most beautiful photos one can ever take and see. It symbolizes love, friendship, family and wonderful beginnings. But this isn’t the case for one newlywed couple.

Meet Kevin and Christiana – they were married in the Mormon Temple outside Washington, D.C. recently. Everything went well until they posted a couple photo on Facebook, which caught the attention of many. A friend of Christiana was the first to point out an eerie image at the back of the couple. It seemed like a mysterious face lurking behind them. Kevin also posted the photo on Reddit and has since gone viral.

Can you see the image behind the couple? 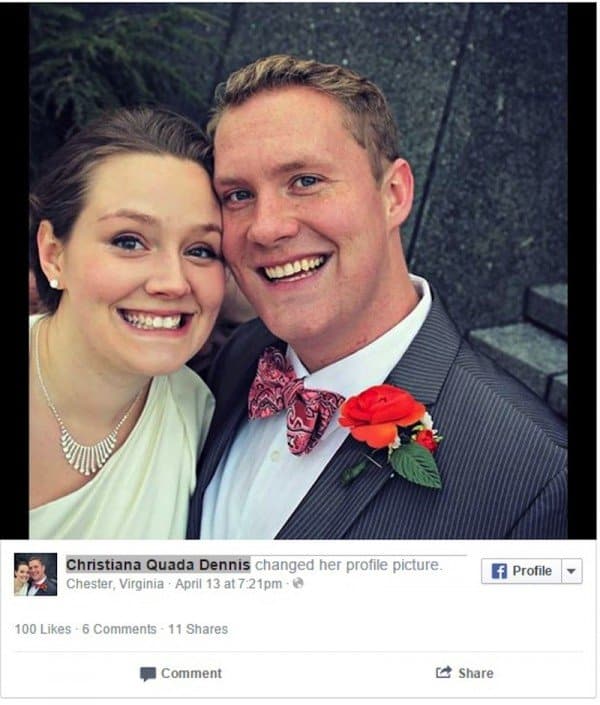 Many speculations sprouted as the photo spread through social media – devil’s son and an unborn child, among many others. “It’s either my sister, or it’s our photographers daughter, but we’re not 100 percent sure who it is,” Christiana commented. Although Kevin thinks it is far from being a supernatural phenomenon, he is not totally closing the possibility.