Playing around all day is always a part of kids’ nature. Their energetic and often reckless behavior often leads to bruises and scratches. It’s a fact that parents have to live with whether they like it or not. After all, for the most part, their learning usually comes from these mistakes.

As much as parents want to protect their children from harm all the time, there are only few things they could do to keep them safe. They could childproof the house to minimize the accidents. They could also teach them to be more careful and hope that they listen. But no matter how hard they try, one thing’s certain – protecting their kids 24/7 is impossible.

The horrific accident of the 2-year old boy from Guangzhou, China 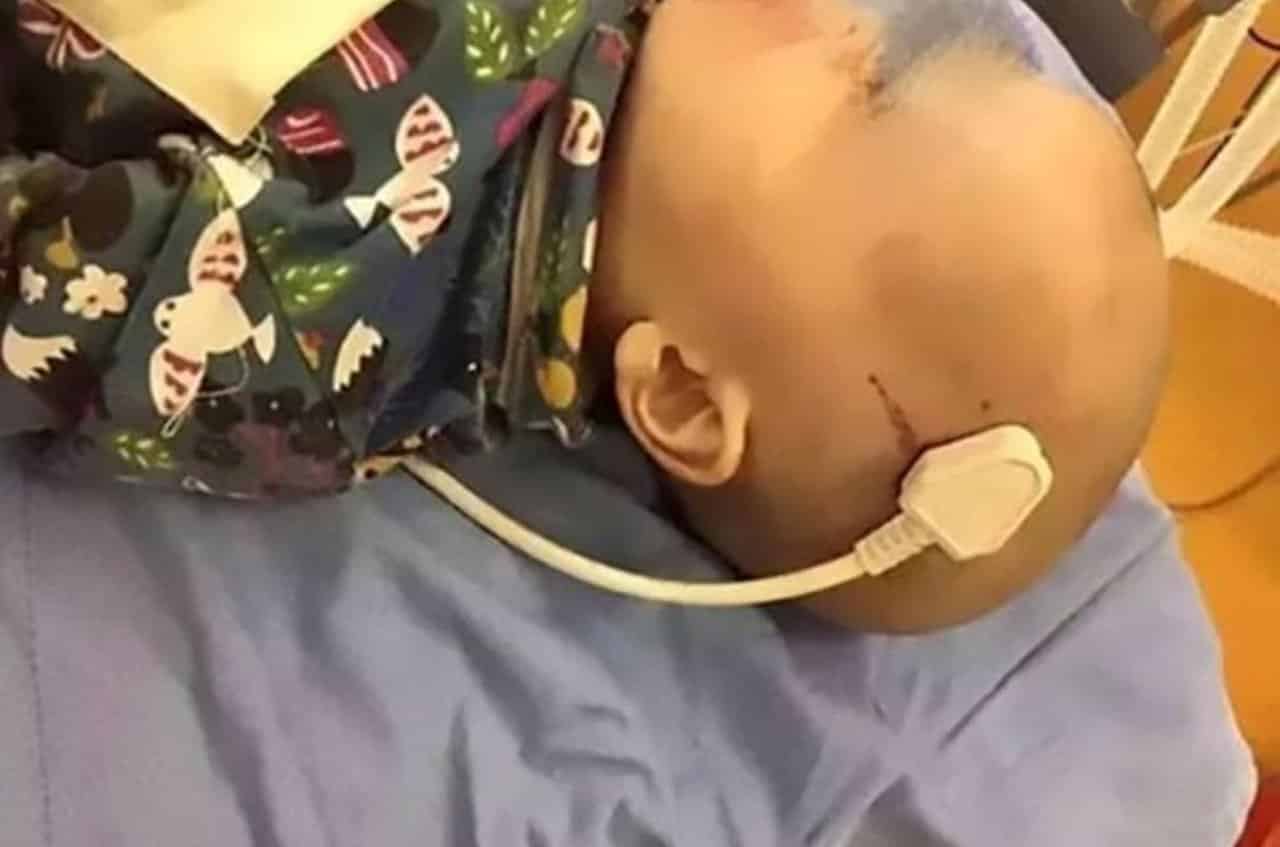 A two year old Chinese boy named Chen Chen was playing at the comfort of their house in Guangzhou, China. According to the reports, while Chen Chen was playing and jumping around his bed, he accidentally lost his footing and stepped on his plastic ball. Outbalanced, he fell to the floor and landed his head on a 3-pronged electrical plug. To make matters worse, the plug’s prongs that were pointed upwards got embedded into Chen Chen’s skull.

Chen Chen was immediately rushed to the hospital to undergo surgery 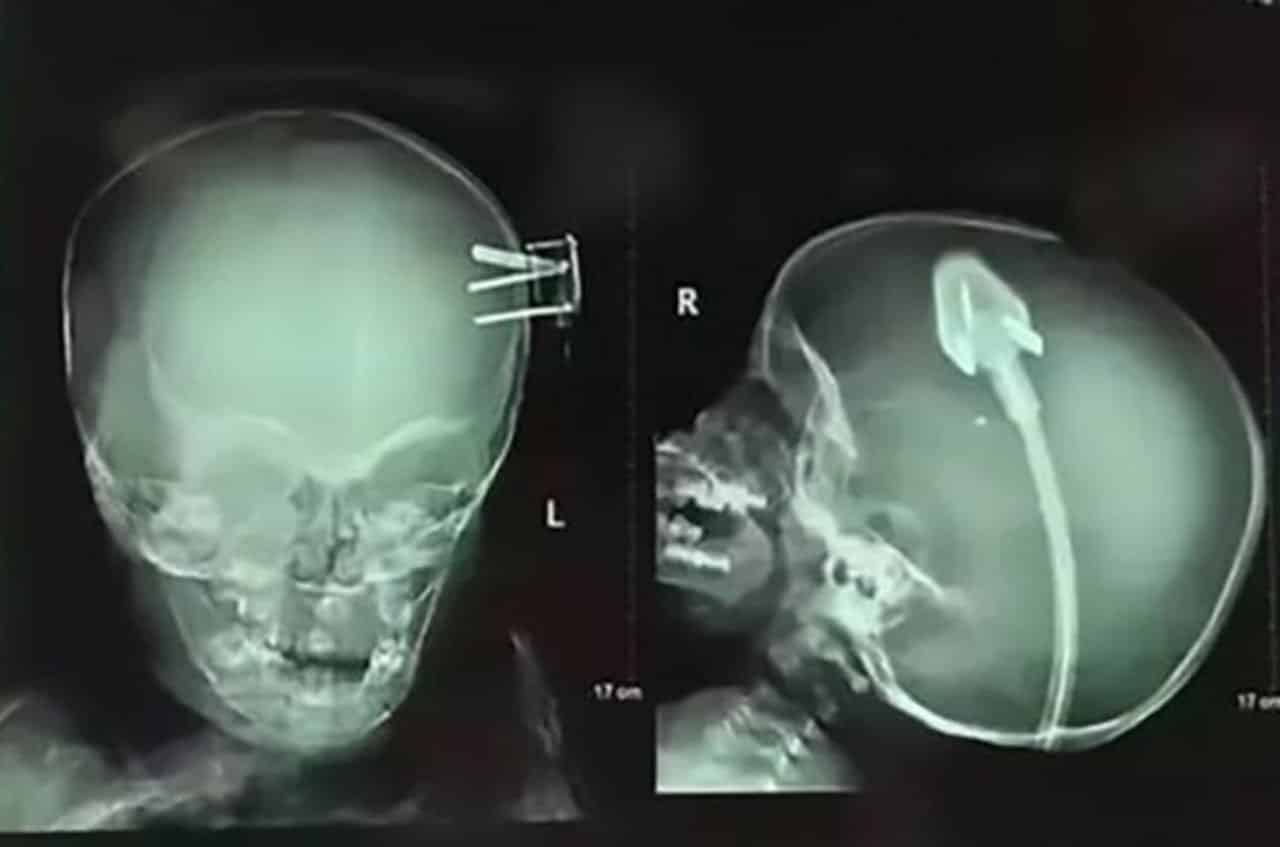 The doctors stated that the three prongs of the power plug had entered into Chen Chen’s brain. Removing the object required a delicate surgical operation immediately.

A standard 3-pronged plugs in China has sharp metals.

According to BuzzFlare, the surgical operation the doctors performed to remove the plug from Chen Chen’s skull took around 3 hours to complete. Fortunately, the surgery was successful and they managed to save Chen Chen’s life. The doctors said that they were optimistic that the injury did not inflict any permanent damage on the boy’s brain.

The plug had three two-centimeter prongs. 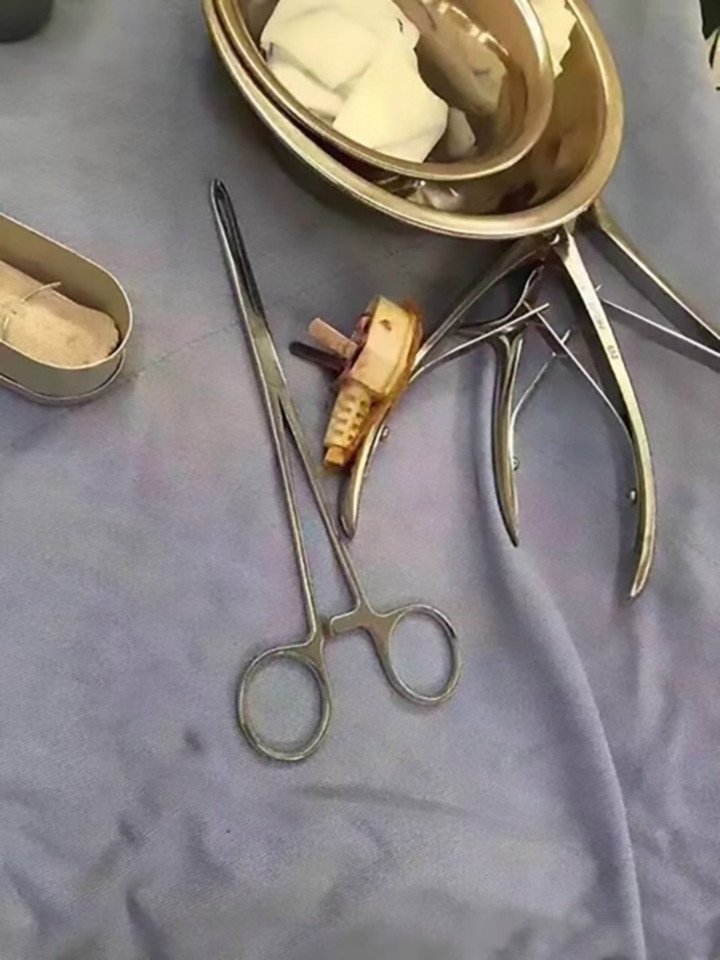 The boy is now recovering after surgery. 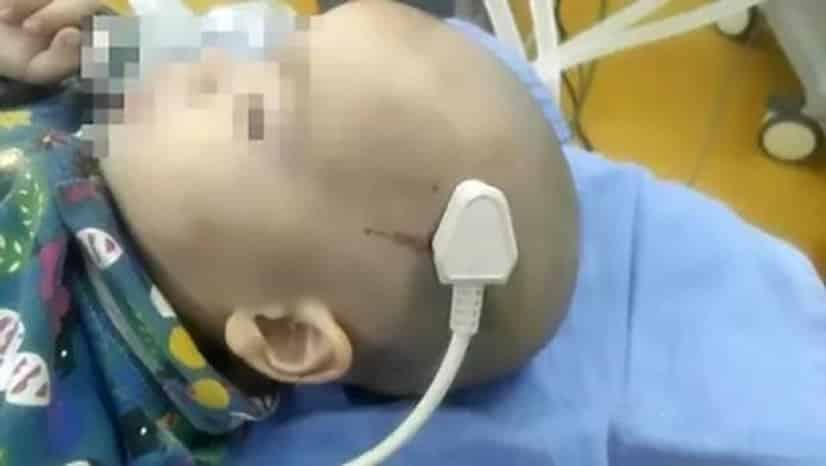 Further reports stated that Chen Chen’s condition has finally stabilized and can finally leave the hospital bed after two weeks of rest.