Ever wondered how it would feel like if you were a doppelganger of your favorite celebrity? Just ask Laura Cadman because she perfectly knows. This 20-year-old student from Newcastle, England has often been mistaken as Taylor Swift. In fact, she even gets asked by the popstar’s fans for photos.

Actually, Laura herself is a lifelong ‘Swiftie’ since she discovered the singer 10 years ago. In 2015, she finally had the chance to watch her live in concert during the 1989 World Tour. To her surprise, she was mobbed by other fans for photos.

Taylor Swift, is that you? Nope, it’s actually Laura Cadman! 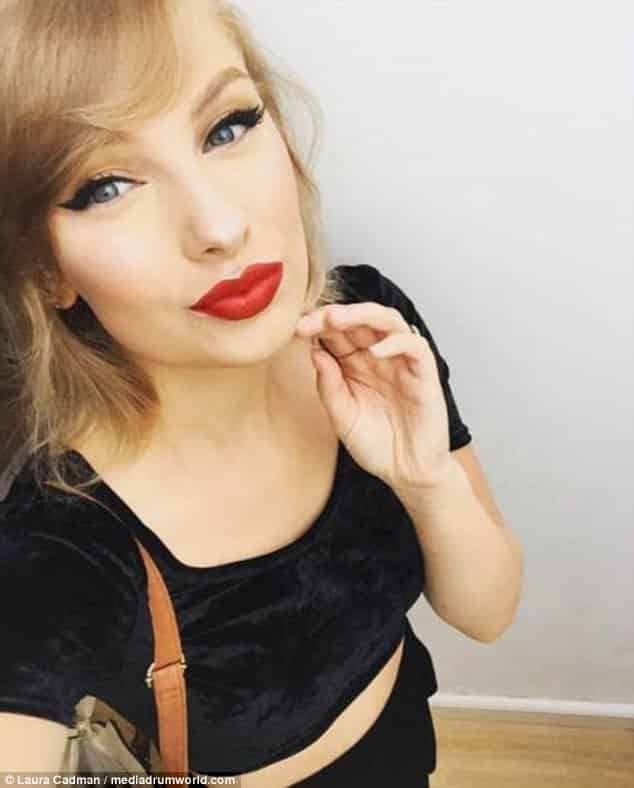 She recalled how one female fan approached her for a photo but was shocked when she discovered she really wasn’t the singer. 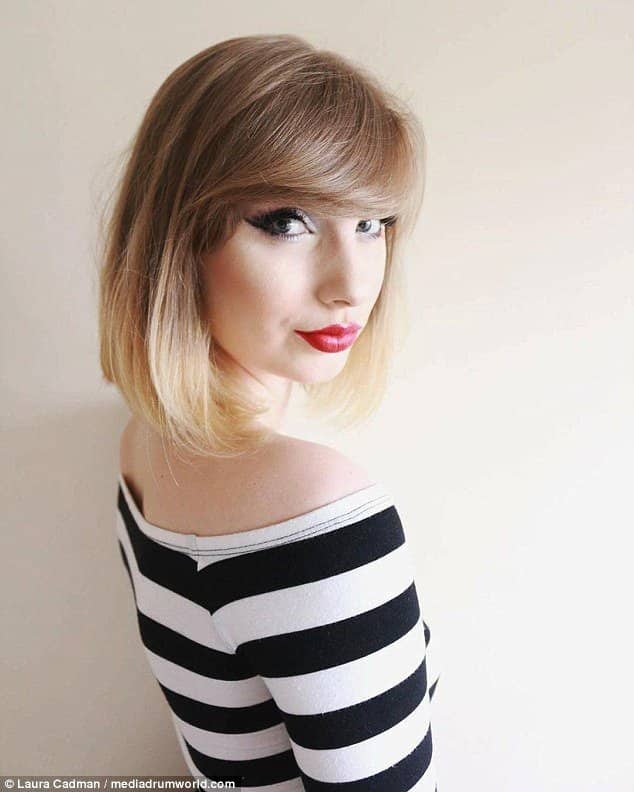 “She said she hated me because she thought I was Taylor then heard me talk and realized I wasn’t her.

“She said that I shouldn’t do that because it was tricking people, but this confused me because everyone at the concert was dressed up as Tay – it’s what people do at her concerts.

“At the 1989 concert in Manchester, so many people approached me and asked for pictures. I took pictures with a bunch of people and they were so cute.

“It was lovely meeting and chatting to people about Taylor because I actually went to the concert alone and I felt really connected to all of the Swifties at the concert.”

She rocks the same haircut and red lipstick just like her idol. 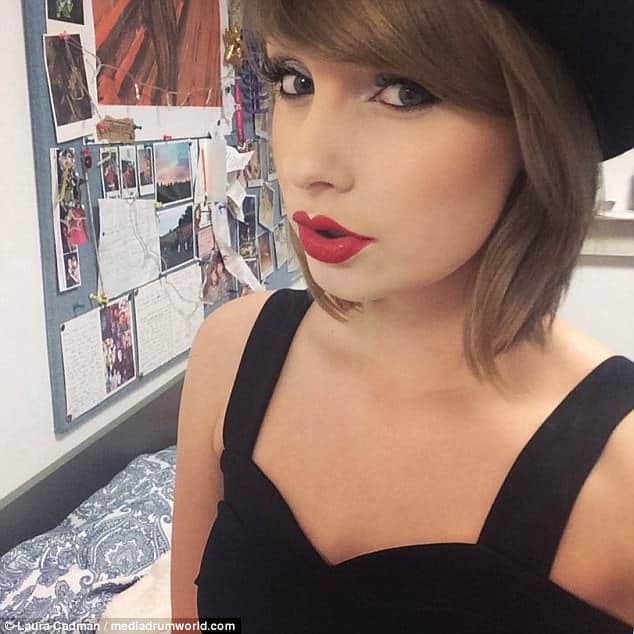 Aside from being a fan of Taylor Swift’s music, she also loves the singer’s fashion sense. 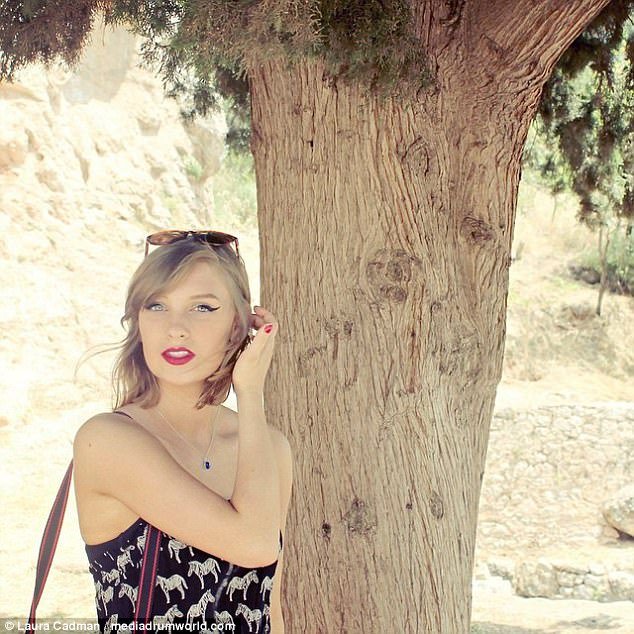 She, however, is quick to point out that she did not deliberately copy the popstar’s look. 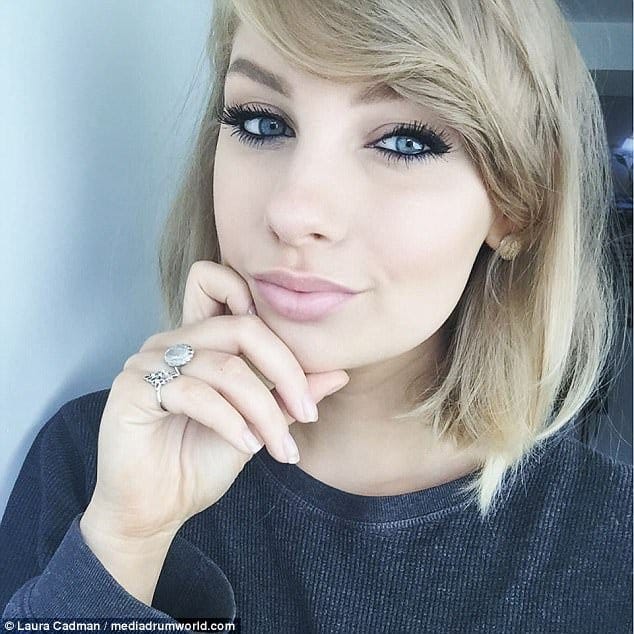 “I am naturally blonde, reasonably tall and reasonably slim. The rest of my ‘Taylor Swift look’ just consists of classic red lipstick and eyeliner, which I personally think is the most flattering makeup on me.

“If I’m feeling unconfident on that day, I’ll always refer to one of her classic looks or if I’m particularly stuck for a special event, I love looking at her red carpet looks.

“Her style is very timeless and because we have a similar look, I know that whatever suits her will most likely suit me.

“I think she’s really beautiful; it’s a huge compliment. I think we resemble each other a bit. But she’s obviously quite a lot older than me so I definitely think I look a lot younger.” 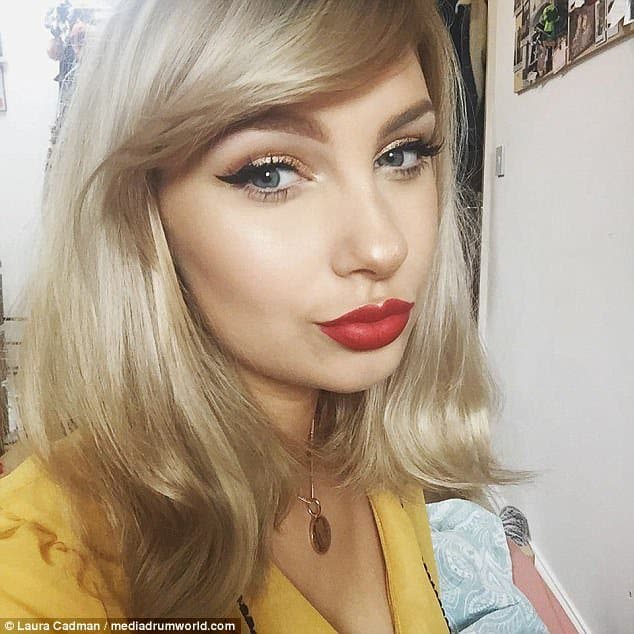 “It’s definitely the ultimate icebreaker. People usually mention it initially and it always gets the conversation going.

“It’s also given me the opportunity to work with a few businesses and has allowed me to use my small platform to talk about things that I am passionate about.”

The downside, you ask? Well some people take her photos without asking permission. 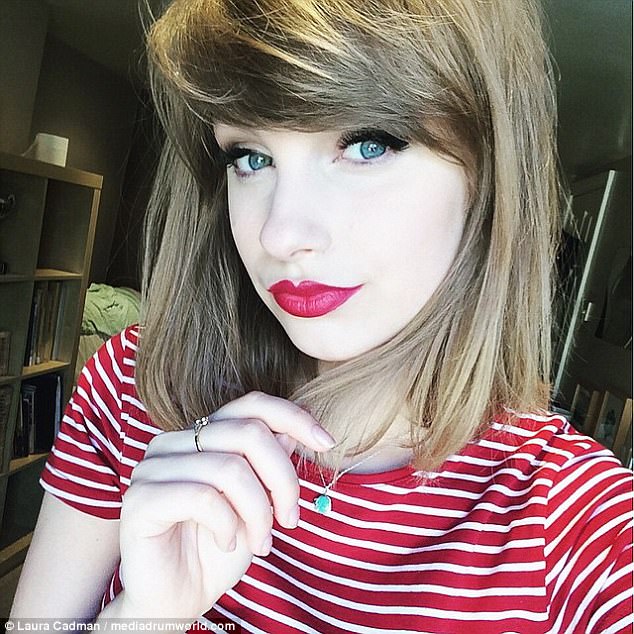 “My mum gets bored of cashiers pointing it out because it happens all the time. She says she wants people to see me for me and appreciate that I’m pretty because I’m me, not because I look like Taylor…

“(Some people) often do a double-take and say “woah, I thought you were Taylor”. I get a mixture of reactions; I’ve also had people take photos of me without my permission, which is unnerving.”

Naturally, the ultimate dream is to meet her idol in person. 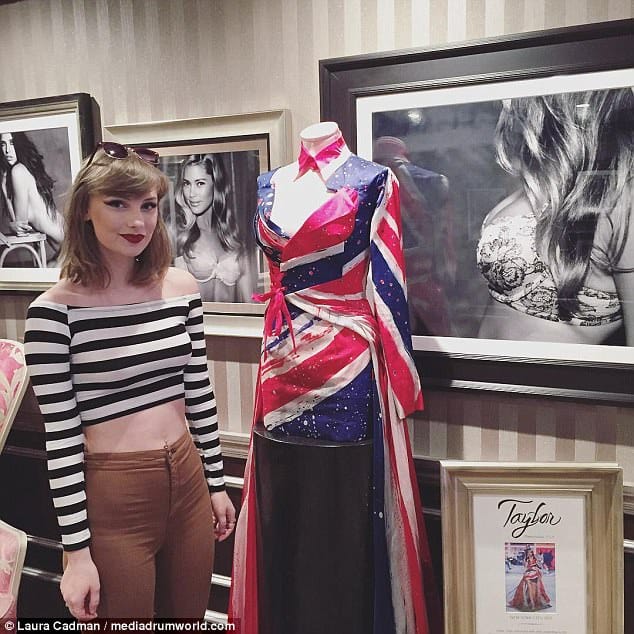 “I’ve been to her concerts and always keep up with the latest news. I’m a big fan and can’t wait for her next album. I really hope I can meet her someday and tell her how much her music has helped me.”

Well we do hope that happens sooner than later!

In case you want to check out more of Laura’s pictures, you can visit her over at Instagram.