This lady biker was driving on an Oklahoma road when she suddenly noticed a kitten in the middle of an intersection. She decided to save the poor animal who was almost run over by the other vehicles. The rider had a camera on her helmet and managed to capture the incident on film.

If you will look closely at the video, you will see that the orange cat seemed to have been dropped by a maroon car. The terrified kitten stayed on the road and fortunately, the motorcyclist immediately sprang into action.

Laney thought the kitten was a leaf until it moved. She stopped the vehicles to rescue him. 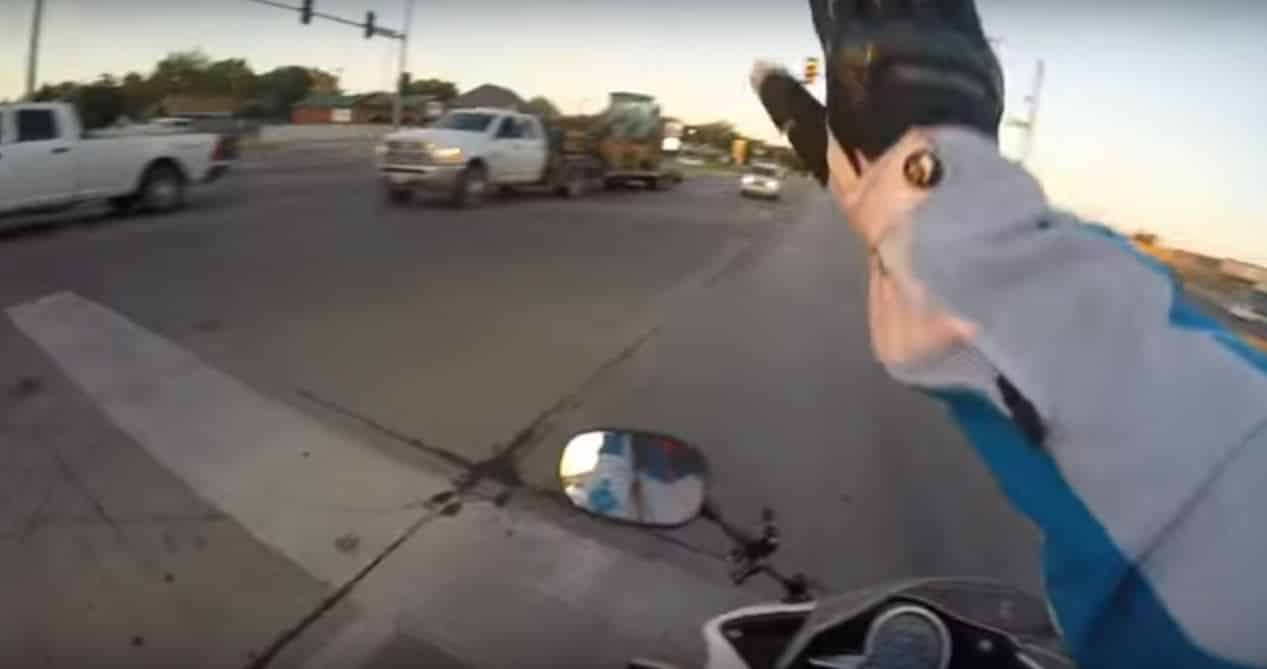 The Honda rider, who wished to be known only as Laney, shared:

“He was so small in the middle of that big road, and I thought he was a leaf until he moved.”

The motorcyclist immediately picked the kitten up. 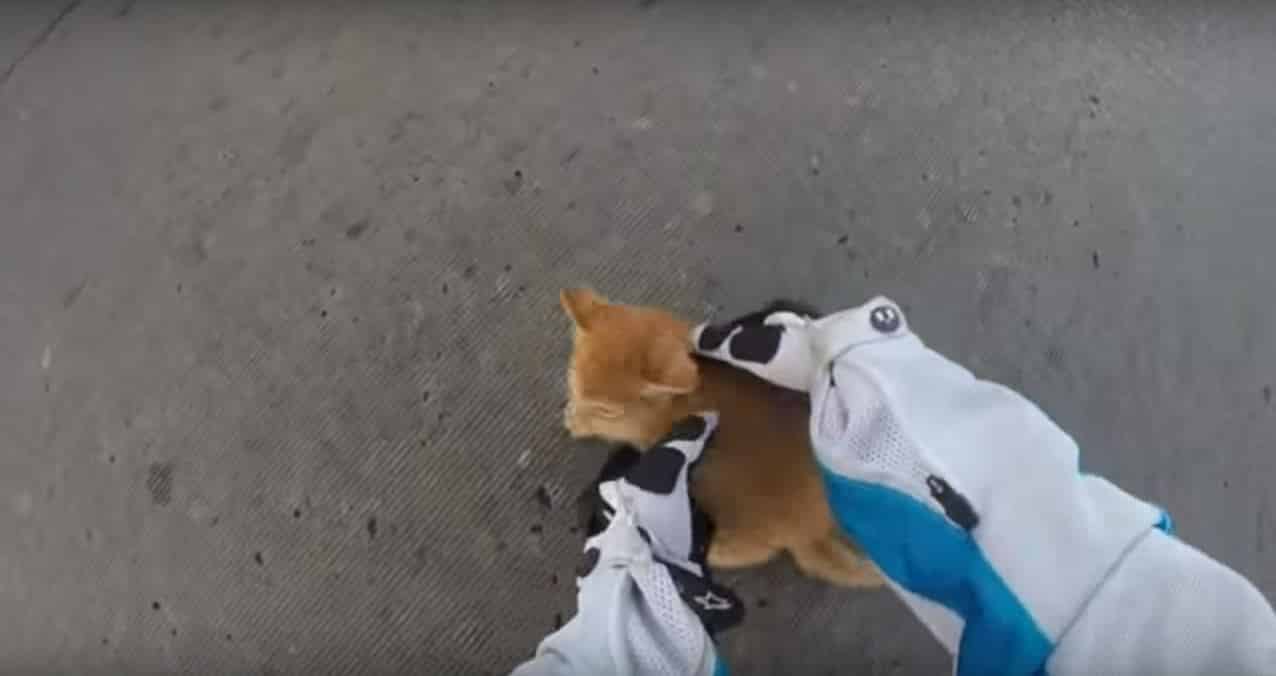 Laney signaled the vehicles to stop and then scooped up the animal. She then gave it to a woman on the side of the road – who was watching the whole thing the entire time – rode on her bike again and then stopped by to get the kitten.

“I literally cannot watch the video anymore because how many times he escaped death just kills me.”

The heroic rider then placed the kitten on her helmet before taking it home. 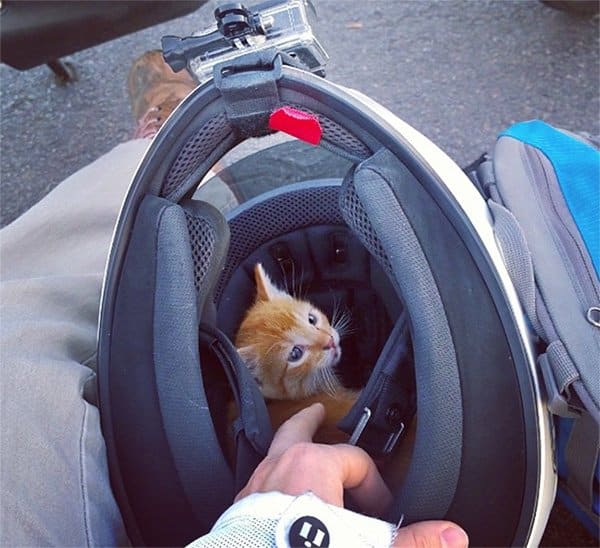 Laney took the kitty home with her and named him Skidmark. The feline is “resting safely now” but our hero is also making efforts to get in touch with the car owner.

“Have tried to contact person in red car, but she was unavailable. Either to find out if Skids is hers, or to make sure she knows strays are chilling in her undercarriage. She has my number, and a summary of the incident, have yet to hear from her.”

Amazing Before and After Photos of Rescued Cats 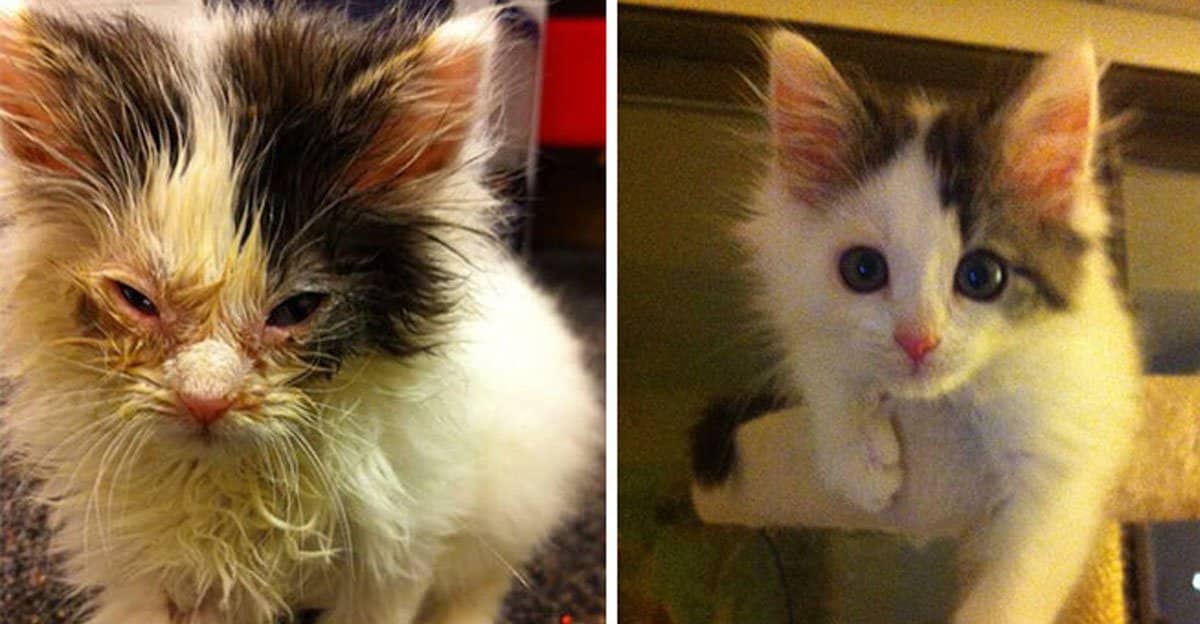