Way back in the 1880s, there lived an American expatriate in France who was the ultimate fashionista of his time.

People crowned him “King of the Dudes” for his extravagant manner of dressing. In the early 19th century up to the 1960s, a “dude” referred to an extremely fashionable person.

Whom people may derogatorily call a “dandy.” 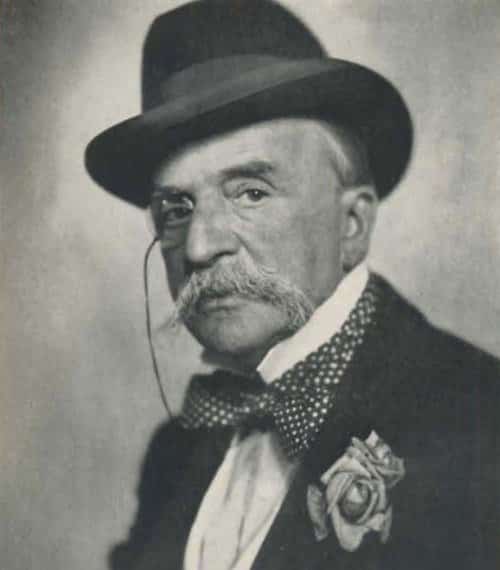 This particular dude grew up wealthy in New York. A rich socialite with the unlikely name of Evander Berry Wall, he bought his first race horse at 16. At the age of 21, he inherited a staggering $2 million.

If there was anything Evander Berry Wall splurged his money on, it was clothes. 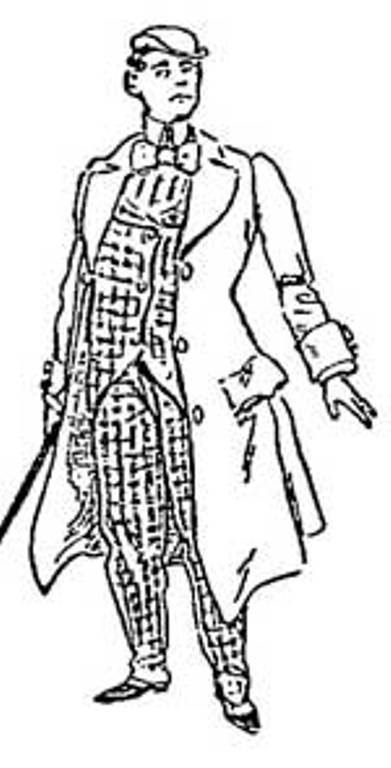 In fact, he owned over 500 pairs of trousers and 5,000 neckties! He often wore extraordinary and extravagant costumes, as well.

It was described as “a dust coat of a reddish havana brown, a suit made of a large grey shepherd plaid check; extremely wide trousers tapered at the ankle, and turned up several inches to display white spats and highly varnished shoes; a ‘startling’ striped shirt in red and sky blue, with very high false collar of a pattern different from the shirts, a striped vest and a widely spread stock-cravat.”

Such was Evander Berry Wall’s clothes consumption that he was always dressed to the nines wherever he went.

Evander Berry Wall loved clothes so much, he entered fashion contests. In one such competition, he changed from costume to bedazzling costume 40 times between breakfast and dinner.

Needless to say, he won.

This notorious fashion plate was finally proclaimed “King of the Dudes” in a New Jersey resort in 1883.

It seemed Evander Berry Wall didn’t do so well at other pursuits, however. He failed in his career as a stock broker and as a stable owner.

After his stable business went bankrupt, he finally left New York for Paris where he reigned in sartorial supremacy alongside the European social elite.

Long before celebutantes began carrying pooches in their purses, Evander Berry Hall took on a series of Chow-Chows to complement his costumes.

In Paris, he was well known for his “spread eagle” collar shirts, and custom-made cravats for both himself and his dogs. 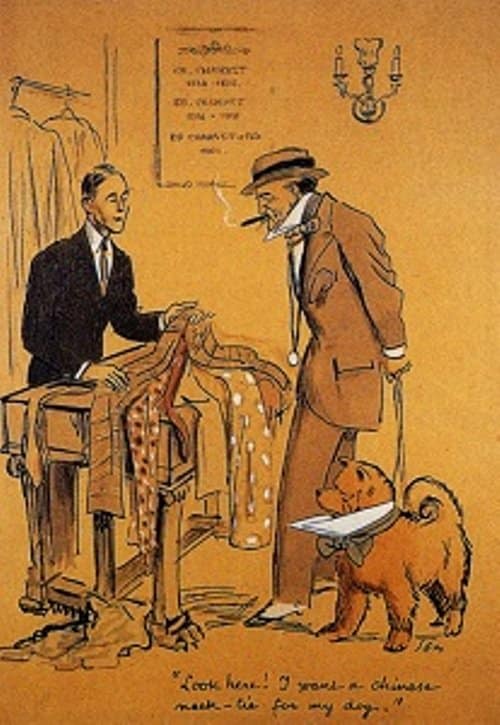 Despite drinking champagne instead of water and never seeing a physician, the “King of the Dudes” lived to an astounding 80 years, as ever dressed to impress.

He passed away with only $12,608 left in his name, having squandered his millions on clothes and the pursuit of luxury.