Considered as the largest predatory fish in the ocean, the Great White Shark is a creature you definitely wouldn’t want to encounter in the sea. We all witnessed how terrifying these creatures can be through the popular 80’s movie Jaws.

Instead of being frightened, beachgoers at Cape Cod fearlessly rescued a young Great White Shark stranded on the sand after attempting to catch a sea gull. The 7-foot shark named Jameson was spotted  helplessly writhing on the shores of the South Beach area of Chatham, Massachusetts. 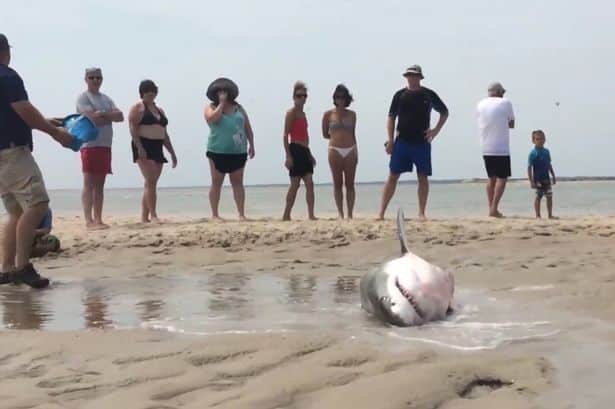 In order to keep the juvenile shark alive, holiday-makers threw buckets of water on the creature until help arrived.  A team from the Atlantic White Shark Conservancy and shark expert Dr. Greg Skomal dragged Jameson back to the water  and fitted a GPS tracking device before finally releasing it to the sea. 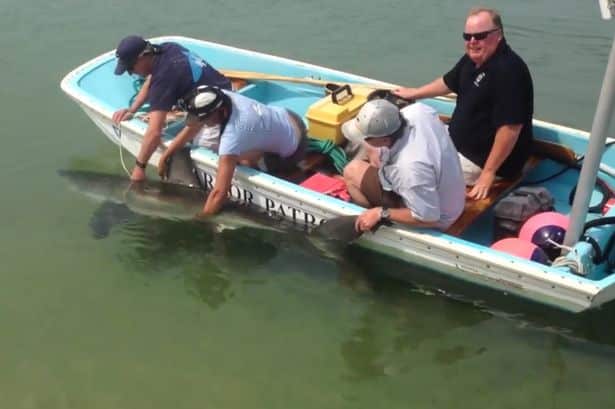