Known to many as a tattoo artist, a reality TV star and a cosmetics entrepreneur, Kat Von D has recently announced her pregnancy and then proceeded to share how she plans to raise her unborn child. Apparently, she’s looking forward to raising a vegan – and she doesn’t want any vaccinations for her baby.

Netizens have since been divided about the subject but one mommy blogger stood out from the rest as she shared her own tragic experience. According to her, her son had a really tough battle with mumps.

Kat Von D openly talked about her anti-vaccine stance to her millions of social media followers. 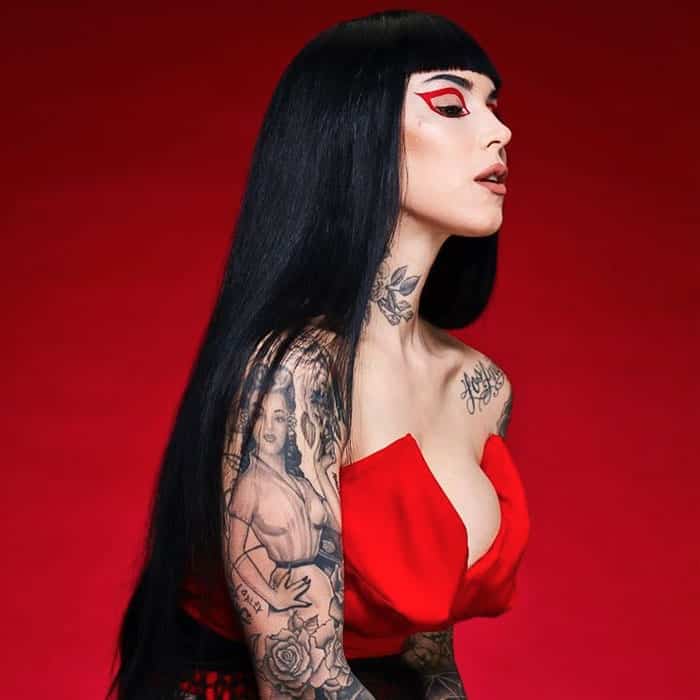 “I knew the minute we announced our pregnancy that we would be bombarded with unsolicited advice.

“Some good and some questionable – unsolicited none the less.

“I also was prepared for the backlash and criticism we would get if we decided to be open about our personal approach to our pregnancy. My own Father flipped out on me when I told him we decided to ditch our doctor and go with a midwife instead.”

The celebrity mom is aiming to raise a vegan child, without any vaccinations at all! 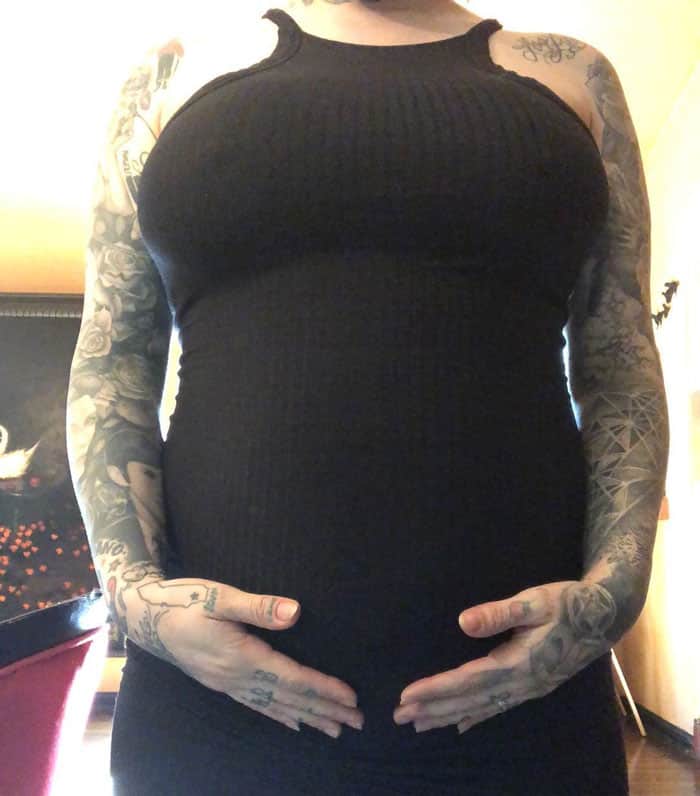 “If you don’t know what it’s like have people around you think you are ridiculous, try being openly vegan.

“And, if you don’t know what it’s like to have the entire world openly criticize, judge, throw uninformed opinions, and curse you – try being an openly pregnant vegan on Instagram, having a natural, drug-free home birth in water with a midwife and doula, who has the intention of raising a vegan child, without vaccinations.”

It looks like nothing is going to change her mind. 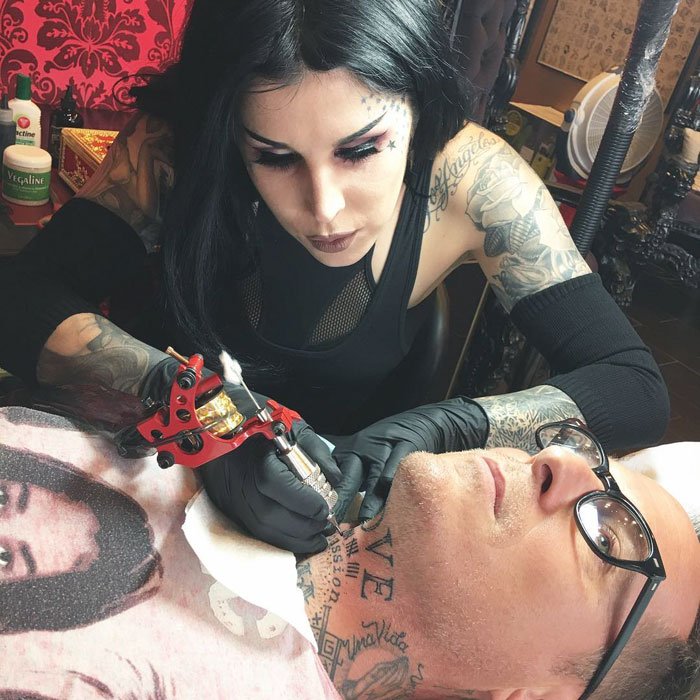 “My point being: I already know what it’s like to make life choices that are not the same as the majority. So your negative comments are not going influence my choices – actual research and educating myself will – which i am diligently doing.

“This is my body. This is our child. And this is our pregnancy journey.”

She likewise encouraged people who may not agree with her thoughts to simply “press the unfollow button,” “move the f*ck on,” and “keep your unsolicited criticism to yourself.”

One mom, however, responded to the post by sharing a heartbreaking experience. 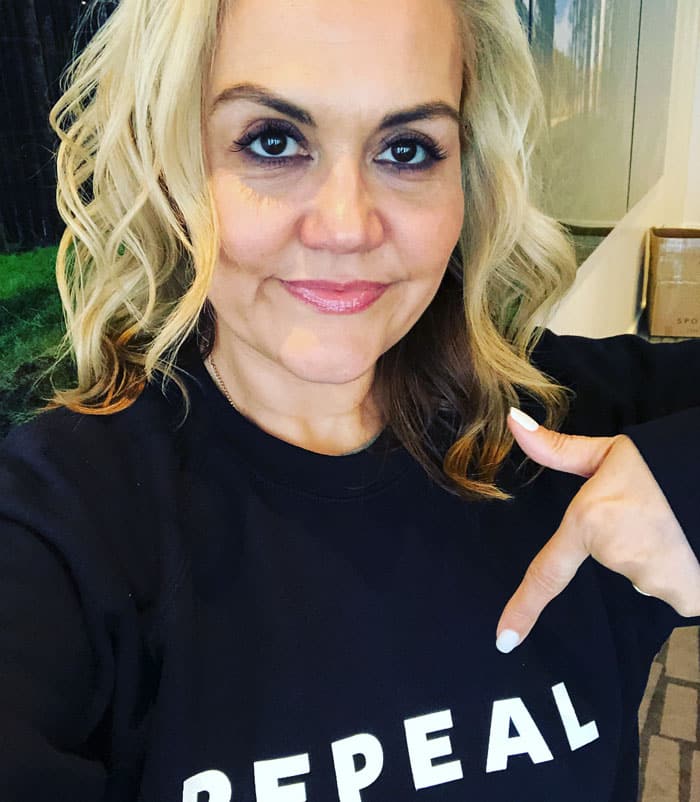 Although some of Kat Von D’s fans agreed with her thoughts, mom and beauty expert Catherine Hirons took the time to write a long Instagram post herself – and even tagged the celebrity in the process.

She reflected on the tragedy, sharing:

“When our son was rushed to the emergency room last summer in a convoy of two ambulances and four paramedics (they sent for the main team because Dan was so dehydrated that the initial paramedic couldn’t find a vein), he had a raging fever and was hallucinating.

“He couldn’t see us when we were leaning over him. He felt his body shutting down. The team worked on him for over 15 minutes in the ambulance before they were cleared to ‘move off’.

“When we arrived at the hospital they immediately quarantined us and put him in critical care. Four IV drips. For 48 hours. He spent a week quarantined in the critical care unit – in the dark, because the crushing migraine he had for three weeks would not leave, even with morphine.

“His fever took a week to come down within normal range, even with the best of modern medicine available. At the time he was a 23 year old man, fitter than most, who played football for approx 4 hours a day. Mumps felled him. He lost over two stone in weight. Without intensive medical intervention he would not be here. Now imagine he was a baby. Or someone with a compromised immune system.”

It was definitely a difficult moment for Catherine. 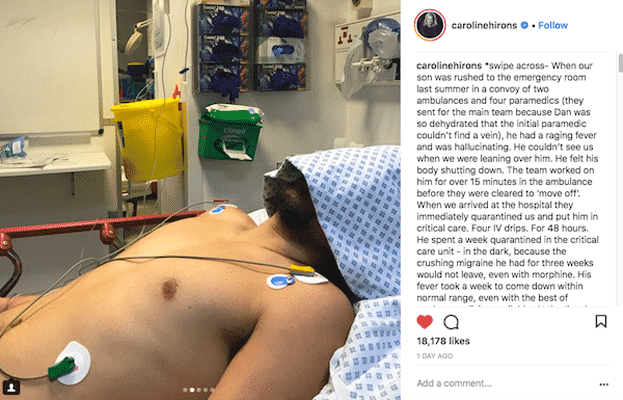 “When I see people like @thekatvond using their platform to promote raising her unborn child ‘without vaccinations’, I want her and the drones of ill-advised people underneath, including @kandeejohnson to see and know that this is the reality of ‘benign diseases’. You have the absolute unbelievable arrogance of a ‘choice’, because the rest of us responsible people/parents DID vaccinate.

“These diseases were almost gone, now they are back because some people think they know better than all the scientists, physicians and specialists in modern science. As I said in my post last year, vaccinate your kids. Or keep them the hell away from mine. (I took endless pictures of Dan in hospital to keep Jim up to speed as he had stayed home with our younger, traumatised kids. Dan gave his full permission for me use the picture and tell the story in detail. He’s our hero. And no, I am obviously not talking about you if you are unable to have the vaccines. You are who the rest of us should be trying to protect.)”

Catherine fearlessly fired back against those who oppossed her views. 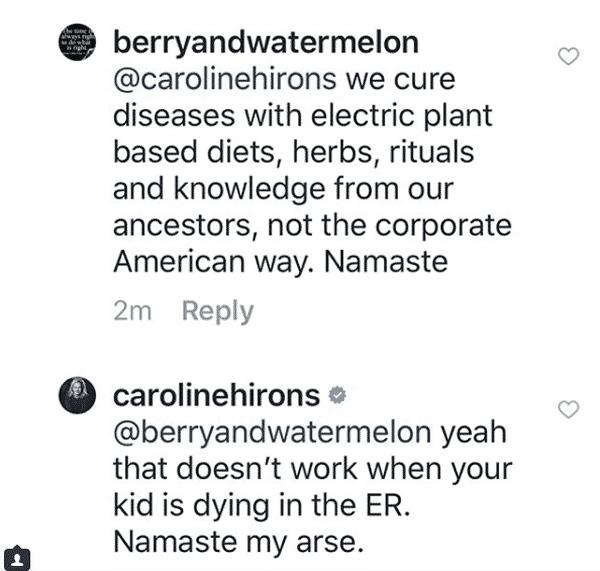 Well which side are you on, dear parents? Is vaccination really crucial or not? Share your thoughts with us by leaving a comment below!