I was so much into dinosaurs when I was much younger. Me and my playmates would often hang out together and we’d usually read books about these prehistoric creatures and then try to memorize the name of each one. Since most of us were into drawings, we’d also spend countless hours doodling dinos. Imagine our thrill when shows like Dino Riders, Dinosaucers, and eventually Mighty Morphin Power Rangers began hitting TV screens. We were thrilled beyond measure!

Of course, we also collected dinosaur toys. None of us, however, figured out it would be awesome to take photos of these toys during trips.

Enter Jorge Saenz, a photographer from Paraguay who came up with such a brilliant idea. 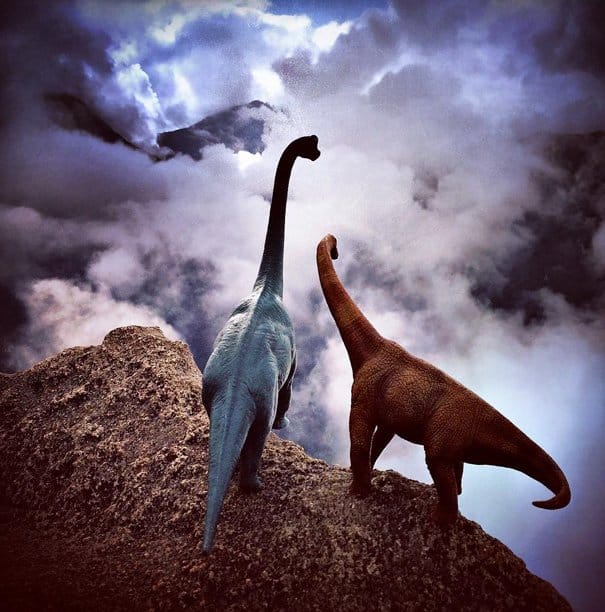 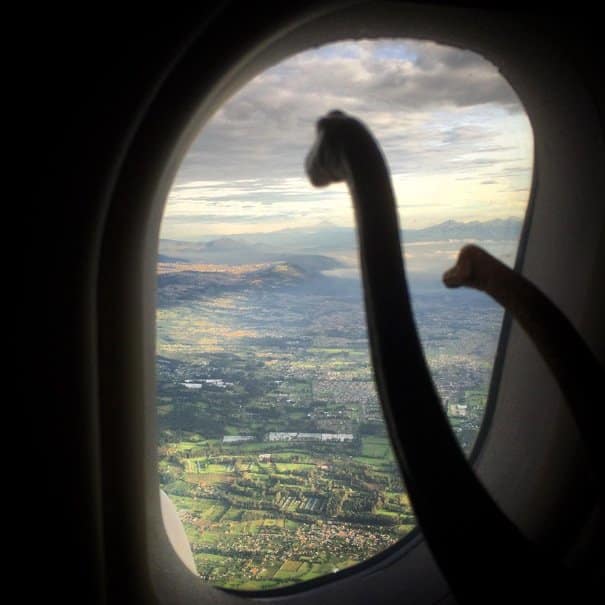 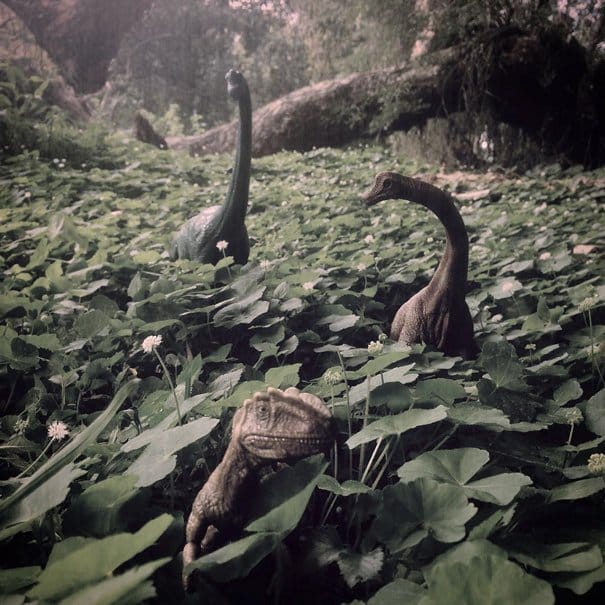 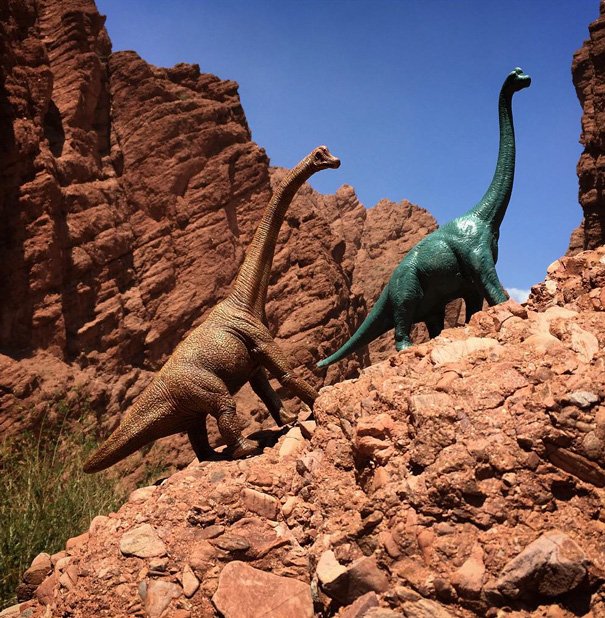 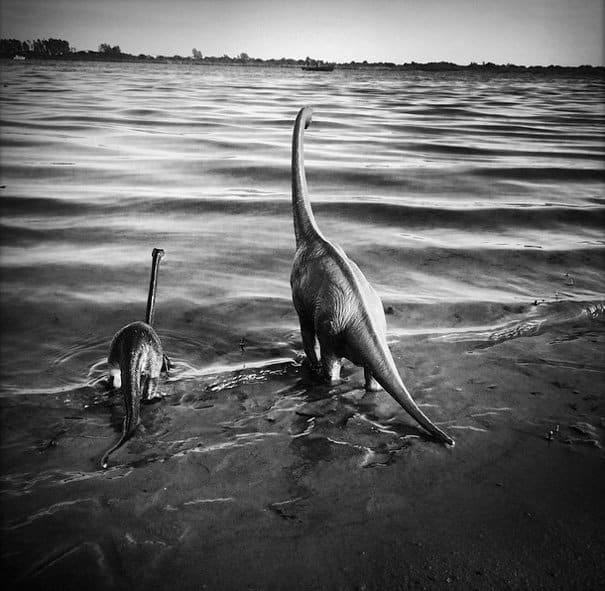 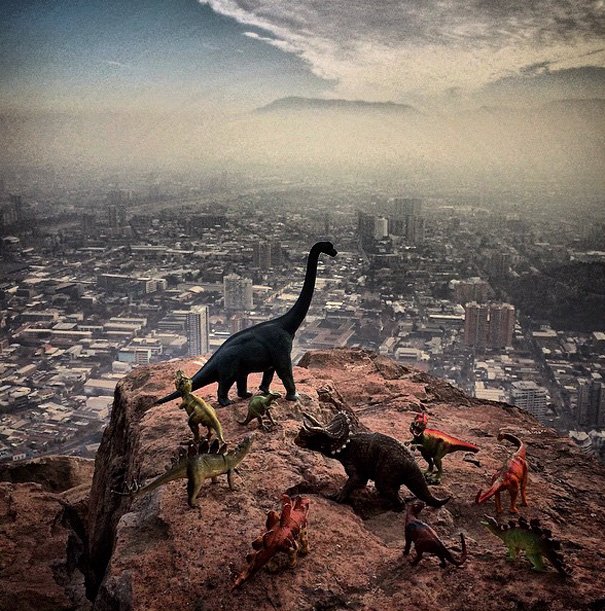 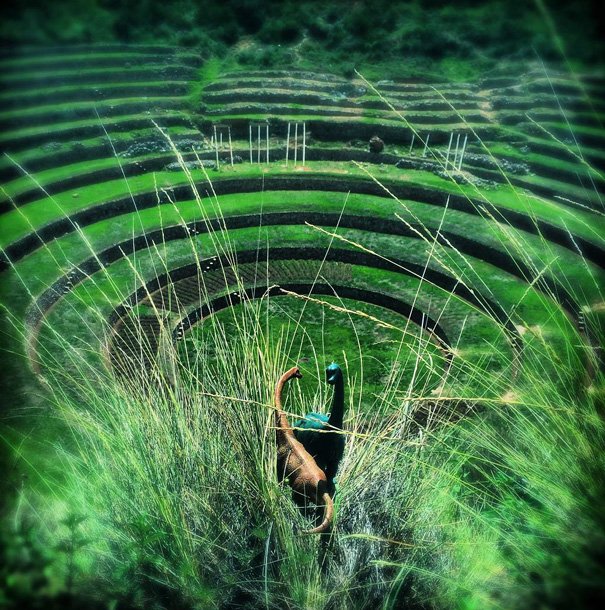 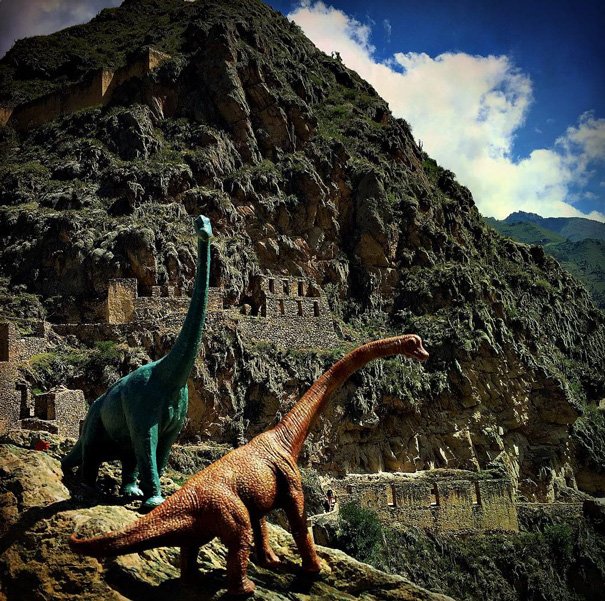 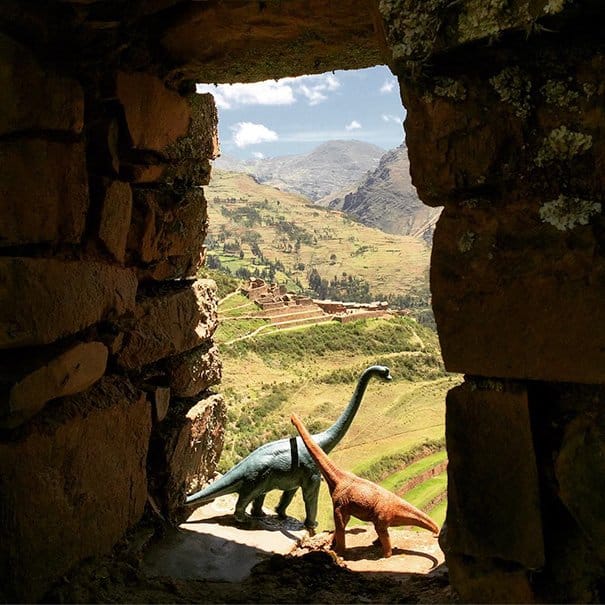 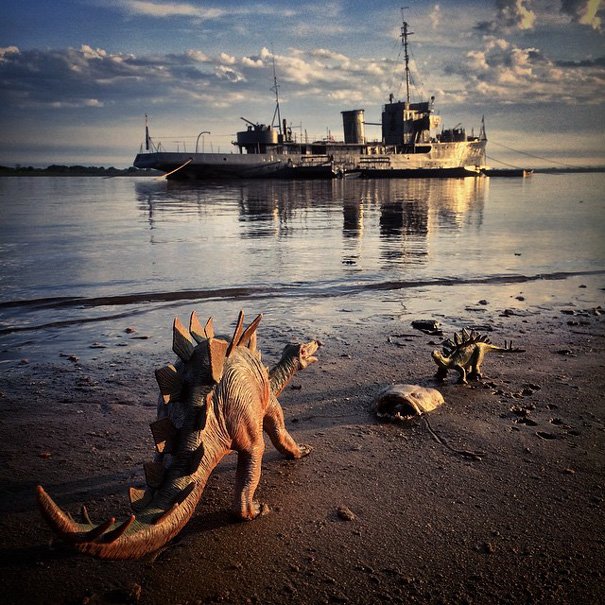 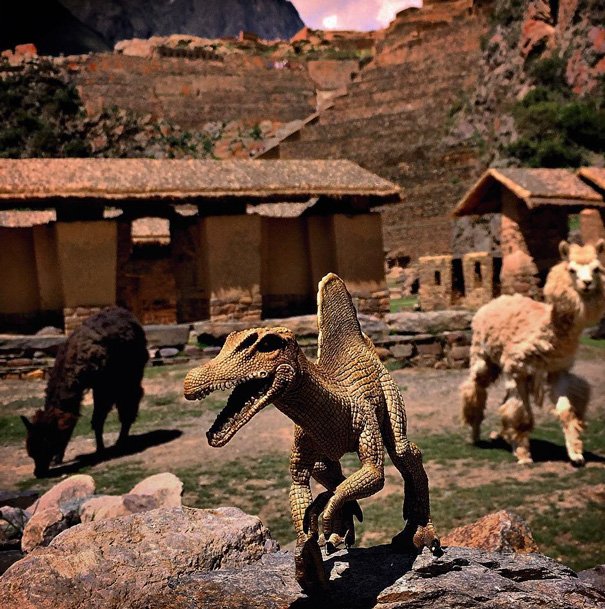 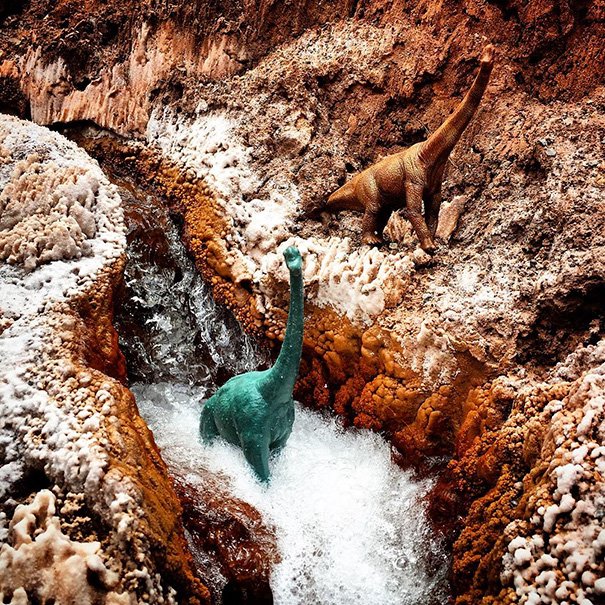 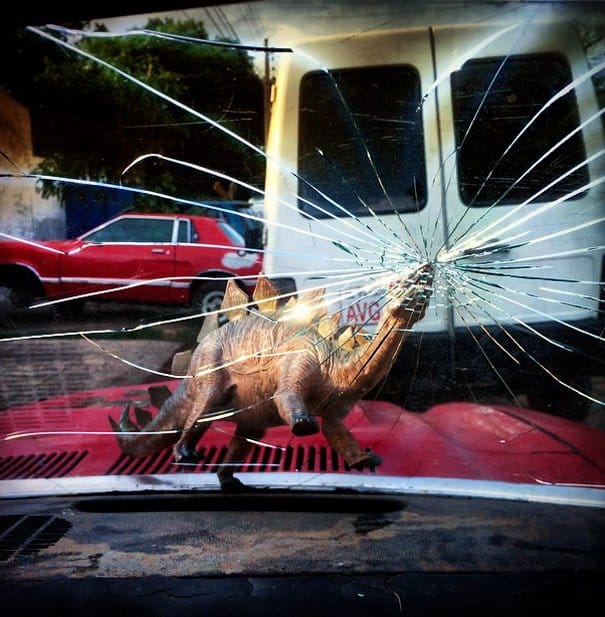 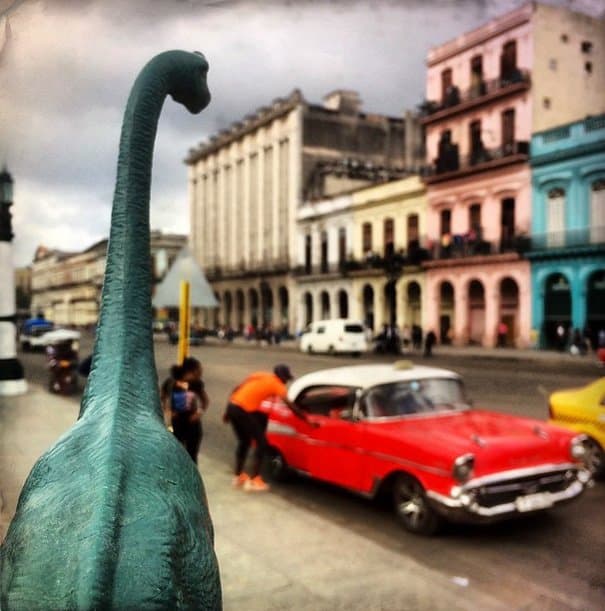 It all began when Jorge purchased a green Brachiosaurus in La Paz, Bolivia. He named it Dino and then snapped a quick photo. He posted the photo of the dinosaur online and surprisingly, it became a massive hit.

“Dina the Stegosaurus, Spiny the Spinosaurus, and Brachy, a brown Brachiosaurus who also happens to be Dino’s girlfriend.” 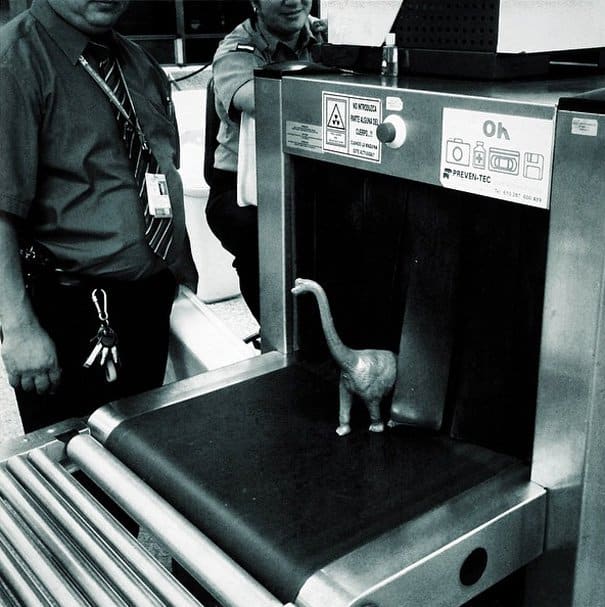 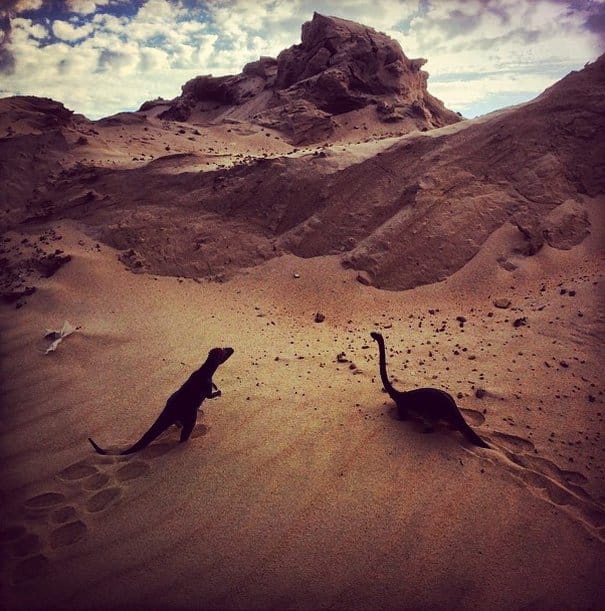 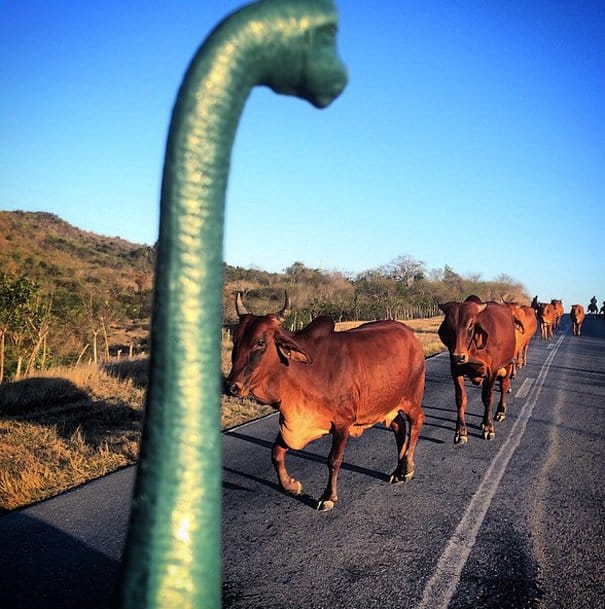 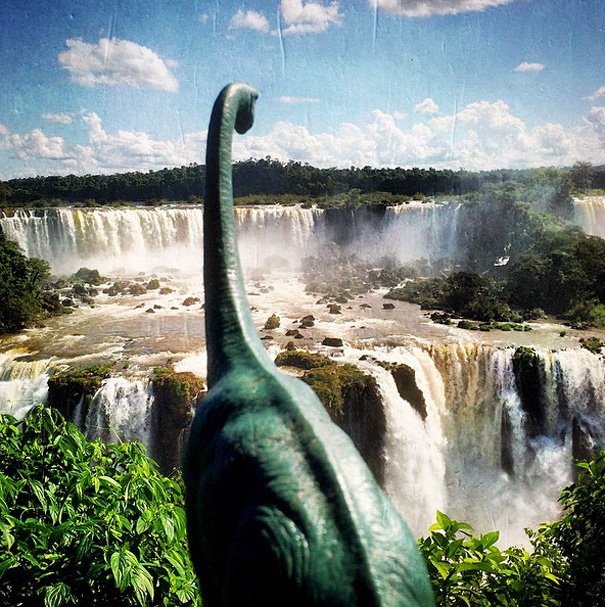 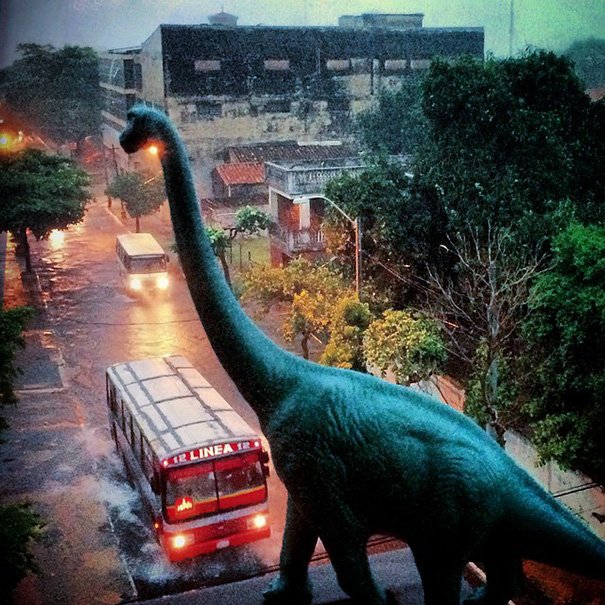 So whenever Jorge travels as a photographer for Associated Press, he makes sure that he brings his little dinos along with him. He uses the hashtag #dinodinaseries to document the epic travel photos. He has taken his plastic pets on his trips around South America and elsewhere.