If you are a guy and are in a relationship, you probably know that asking a girl “where do you want to go for dinner?” is usually a dead-end situation. It might seem like a simple question in the outset but in reality, it’s one of the most complicated ones to answer.

Typical responses of the ladies to this, of course, include “it doesn’t matter where” or “you take your pick” or the classic “anywhere you want” which only makes things worse once you, the guy, chooses a restaurant since your woman probably doesn’t like your choice.

We’ve all been there and it sucks so bad, right? Sometimes you couldn’t help but wish there was some sort of magical device you can use to resolve this usual dilemma.

Well your prayers have just been answered!

One brilliant man just came up with the perfect solution. 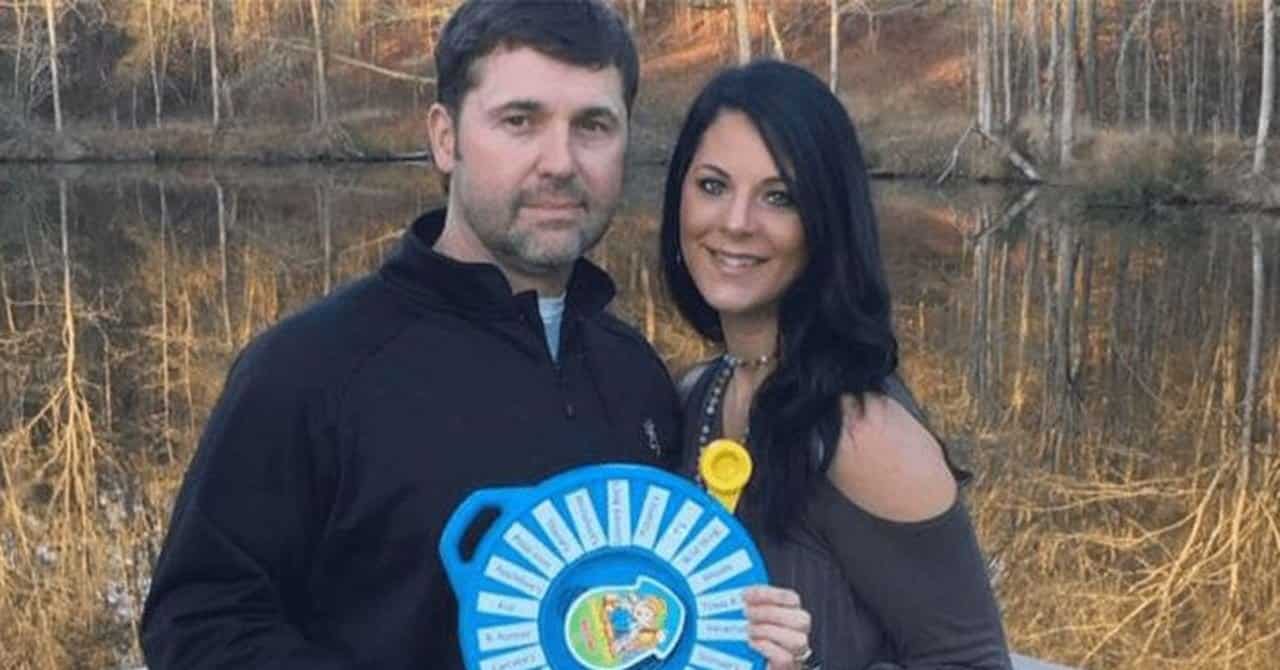 Jerry Baker is a man with a good sense of humor. In fact, his son Jared, 20, says they never take things too seriously.

“We joke around a lot,” Jared tells BuzzFeed News. 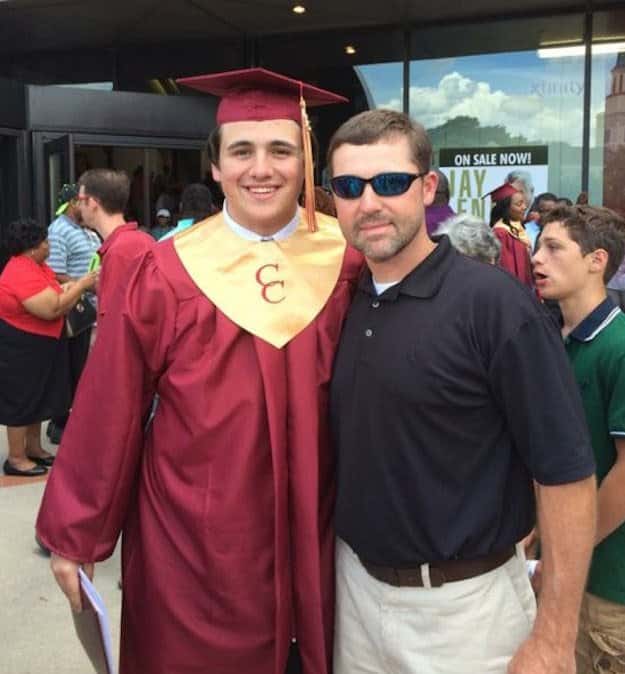 Recently, the father and son tandem were laughing about the much-dreaded relationship woe of picking restaurants when taking women on dates.

“He told me he had an idea,” the younger Baker shared.

Later, Jerry showed him a revolutionary invention and, of course, Jared took a photo of it and shared it for the world to see:

Jared Baker tweeted about his father’s awesome invention – and it went viral! 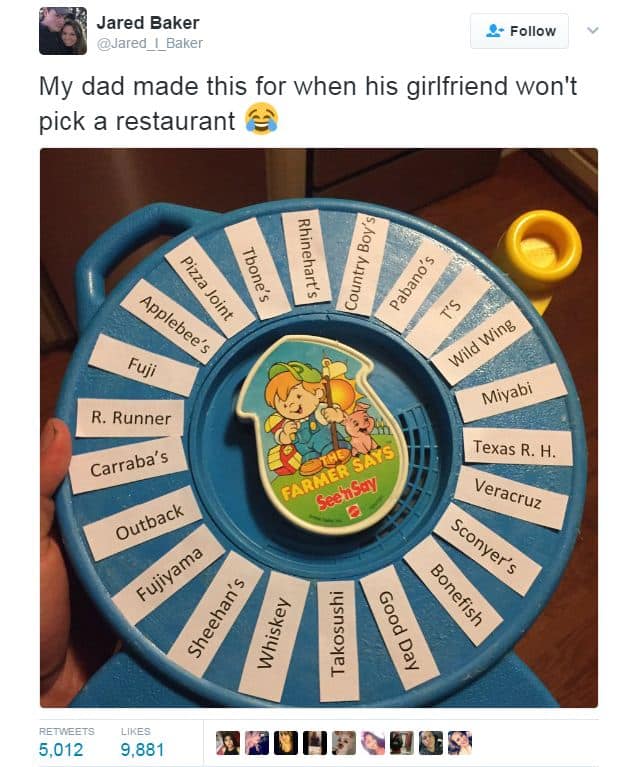 In case you’re still wondering, yes, that is a wheel of food that simplifies the decision-making process for couples.

Netizens instantly saw the potential of the funny device and it eventually gained thousands of shares, likes, and comments.

Now the only question that remains is this – where can we buy this awesome item?