This footage has recently been making rounds on the internet and it’s truly disturbing. In the video below, you will see a brave Iraqi soldier calmly dismantling a bomb strapped to a boy merely 7 years of age.

Taken in Mosul, the clip shows us the terrified little child being helped by the soldier with his arms raised as the officer disarms the explosives wrapped around his body.

The video was released by the Iraqi army and it eventually went viral.

It shows a courageous soldier removing the boy’s suicide belt as he instructs him to stand still. 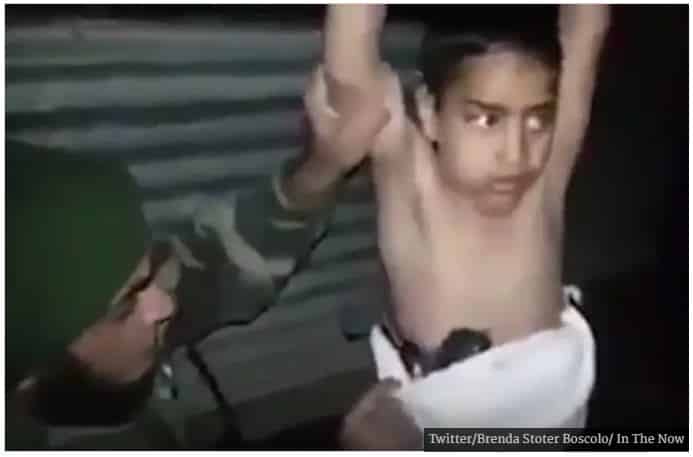 According to reports, the army spotted the boy with a group of refugees, standing alone, and holding his stomach. The soldiers eventually discovered that the boy was wearing a suicide belt hidden under his shirt.

Fortunately, they got to the boy in time and so they were able to prevent certain tragedy. The child could’ve killed himself along with many others.

‘Keep your arms up, son,” said the soldier as he started to dismantle the explosives attached to the boy. 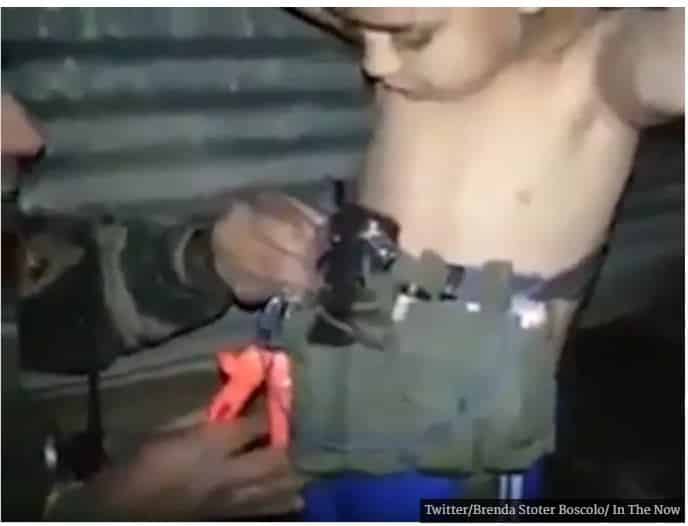 The soldier was able to calm the boy down despite the fact that he was obviously terrified. He assured him:

He then proceeded to clip the wire and safely disarmed the bomb.

We salute this brave soldier for being calm and focused in saving the poor young child. Many lives were spared, thanks to him. Also, it is terribly heartbreaking to think how the terrorist organization has the stomach to use even children to do their diabolical deeds.

It can be remembered that just recently, another hero Iraqi soldier had to sacrifice his own life by blocking his armored vehicle against the speeding car of a suicide bomber. This one also happened in Mosul.