We’ve heard a lot of bizarre healing methods before (such as that one from India where asthmatic patients are fed live fish) and this one has recently been getting a lot of attention on the internet. Apparently, street therapists in Indonesia are using water buffalo horns for their patients to help improve their circulation and ease their pain.

As the viral photos below show us, the horns, which are usually heated, are applied to patients’ skin. The pictures were taken at the streets of Jakarta and we see that the horns leave red marks once they are removed. 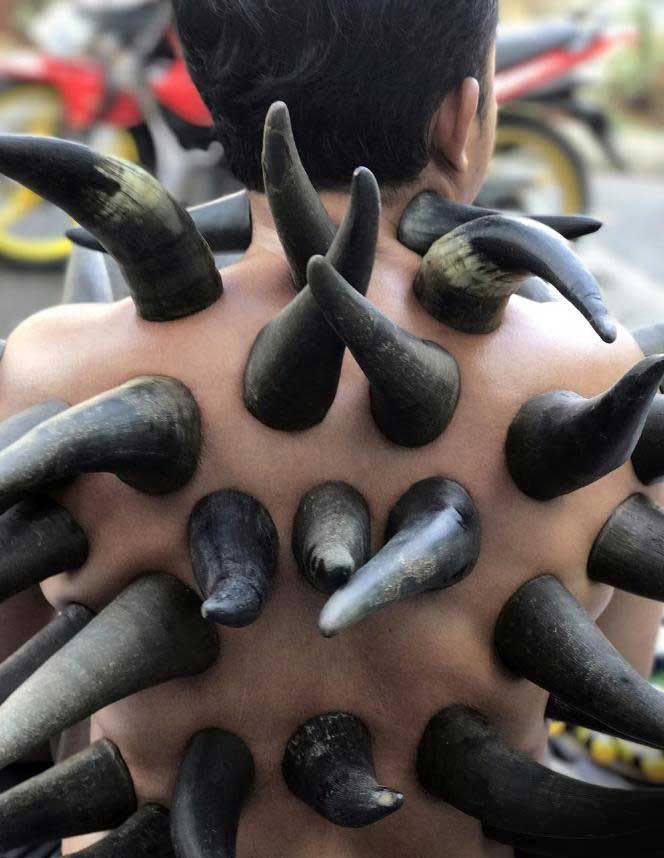 Of course, it should be noted that cupping therapy isn’t really that unique in the Asian region but objects used for it actually differ depending on the country and location. Even Western celebrities such as Justin Bieber, Jennifer Aniston, and Gwyneth Paltrow have tried cupping.

Cupping is an ancient therapy which began way back 1,550 BC. 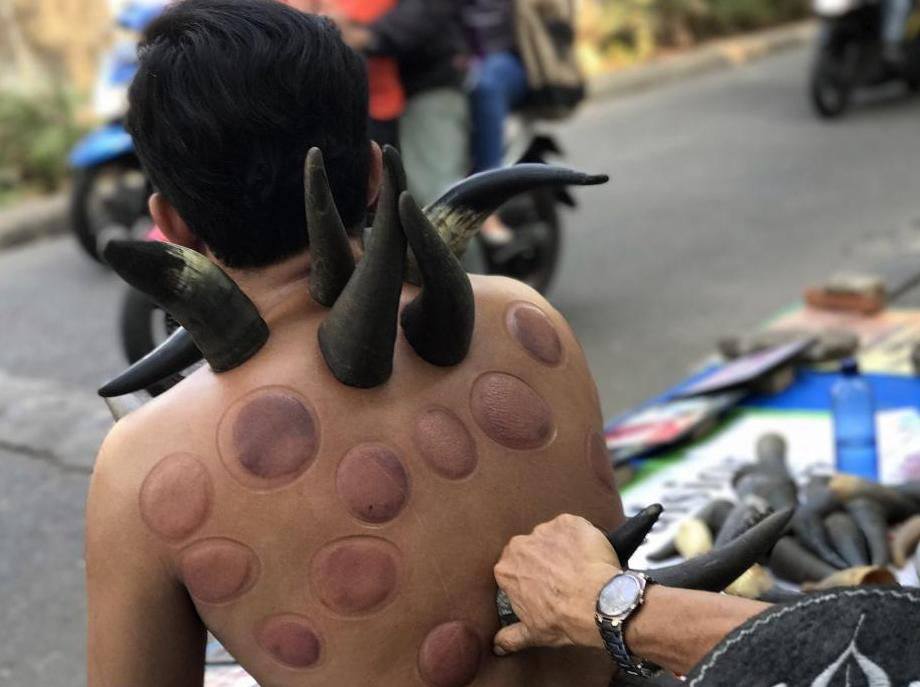 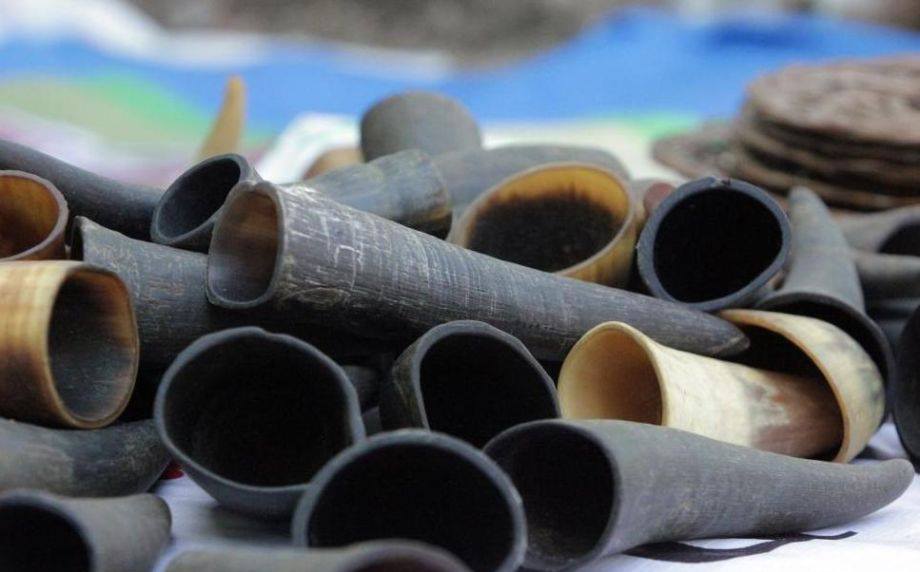 Despite its fame, several critics have actually slammed it saying it has no medical benefits whatsoever. 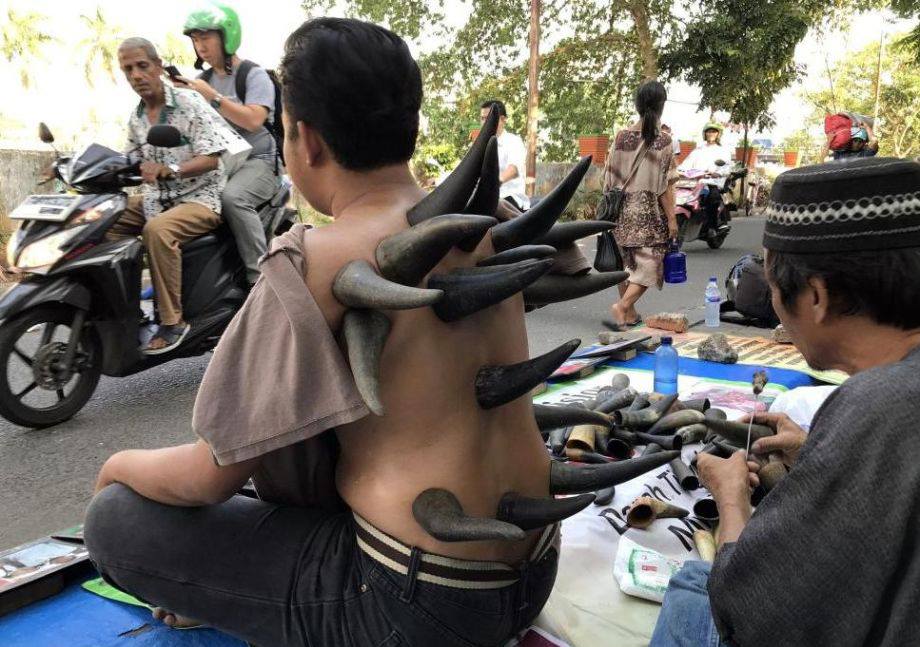 Some even went as far as labeling it “merely pseudoscience.”

‘Beliefs about how cupping benefits a person are multitudinous, limited only by the imagination.

‘And, in terms of scientific evidence, substantiated only by the imagination. Cupping has not been studied in large, controlled clinical trials.

‘Part of that is because it would be difficult to have a control group. If you’ve been cupped, you know it.

‘Placebo effects can be strong, especially in domains as psychologically dependent as high-performance athletics.’

Meanwhile, others disapprove about the idea of using animal horns. 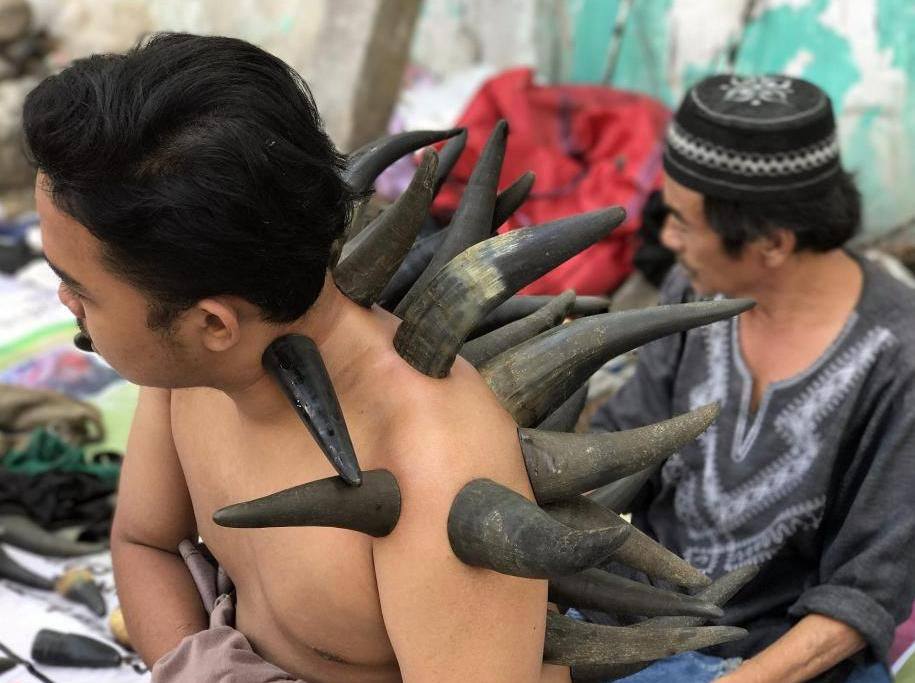 The British Cupping Society (BCS), for example, issued a statement on their website that clarifies:

‘BCS does not endorse their use, owing to risk of infection, and cross contamination.’

Social media netizens are also divided about the subject. 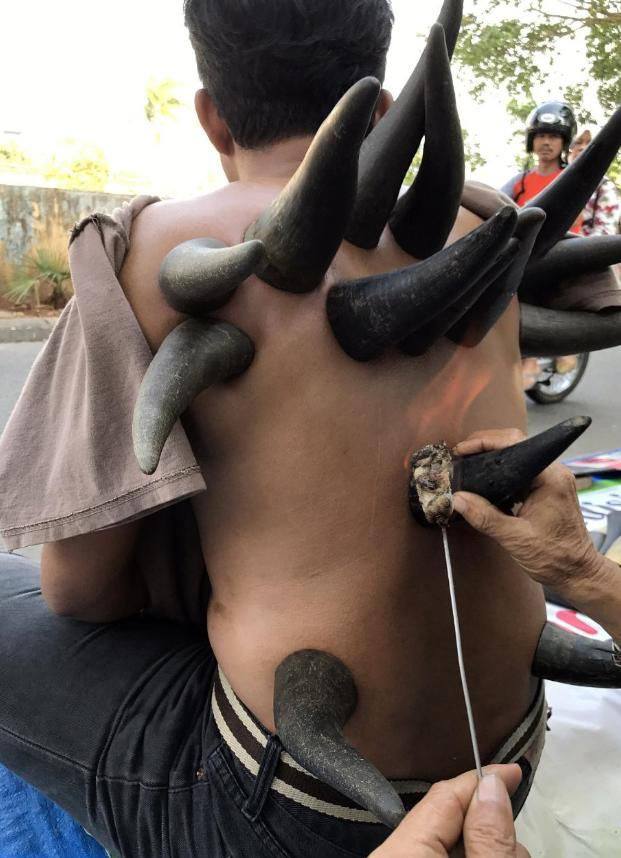 One Facebook user shared that there is a similar treatment in Vietnam which “sucks ‘infected blood’” while another asked “why would changing glass cups to water buffalo horns make any difference? Those poor water buffaloes!”

Well what do you think about this, folks? Would you try this one or not? Tell us about it in the comment section!