Muscular dystrophy (MD) is a term used to describe a group of hereditary conditions characterized by the progressive weakening of the muscles. It usually affects a particular muscle group first before it affects other muscles in the body.

Ultimately, individuals with MD suffer from an increased level of disability; some may be unable to walk, swallow, or breathe.

Unfortunately, there’s no known cure for this debilitating condition.

Amber Guzman, 28, was diagnosed with MD. 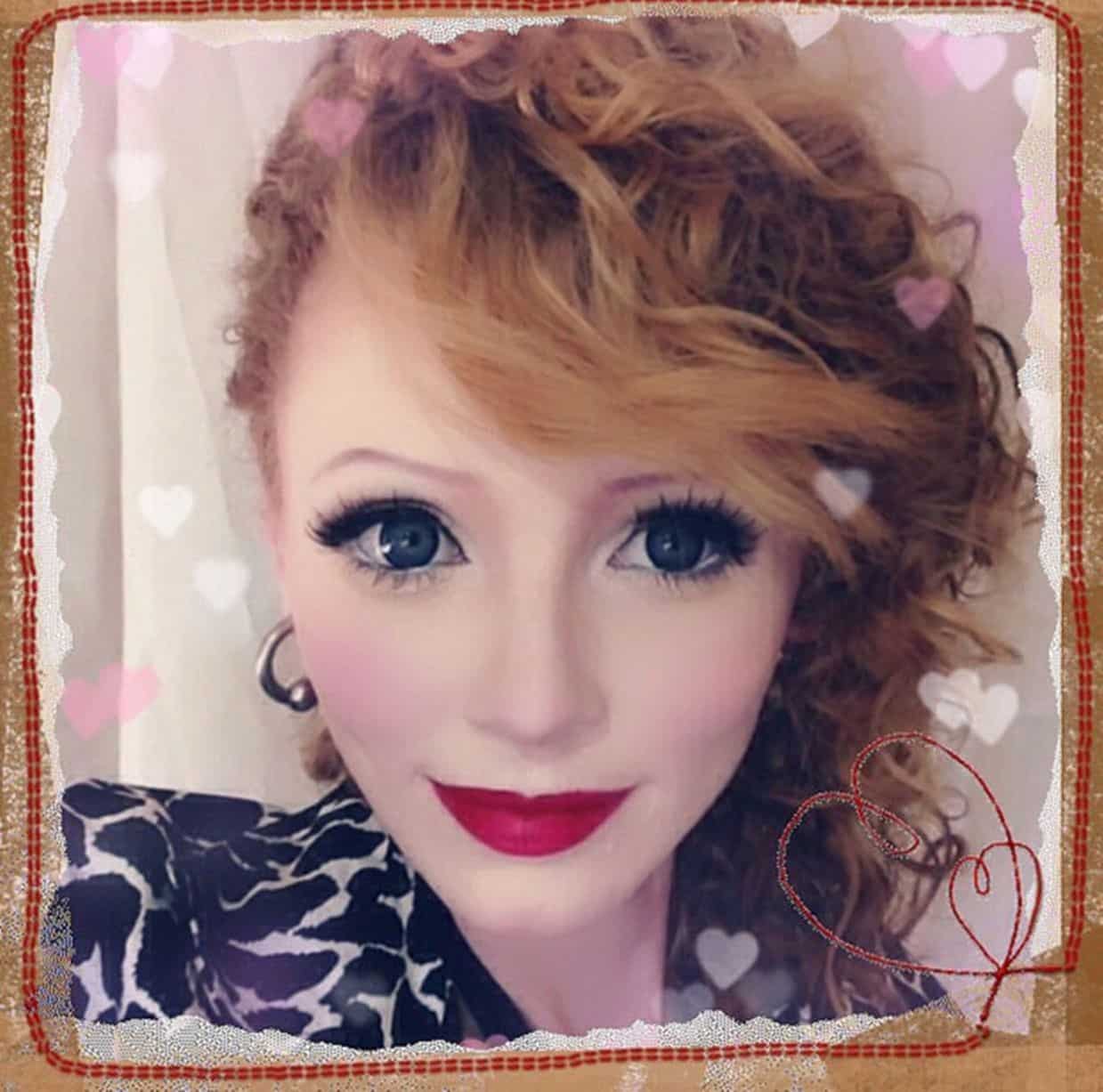 She has to be carried like a doll because she can’t walk long distances. 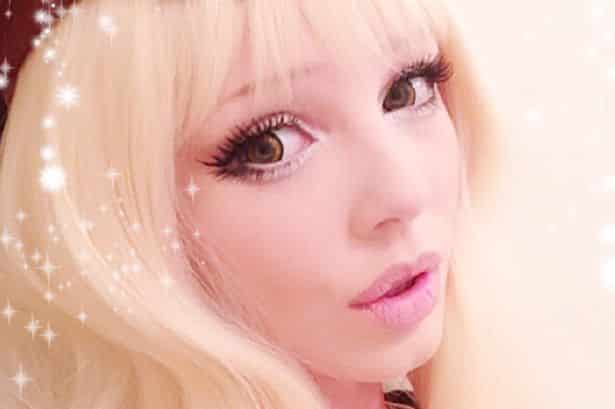 She also became so thin since she has difficulty swallowing. 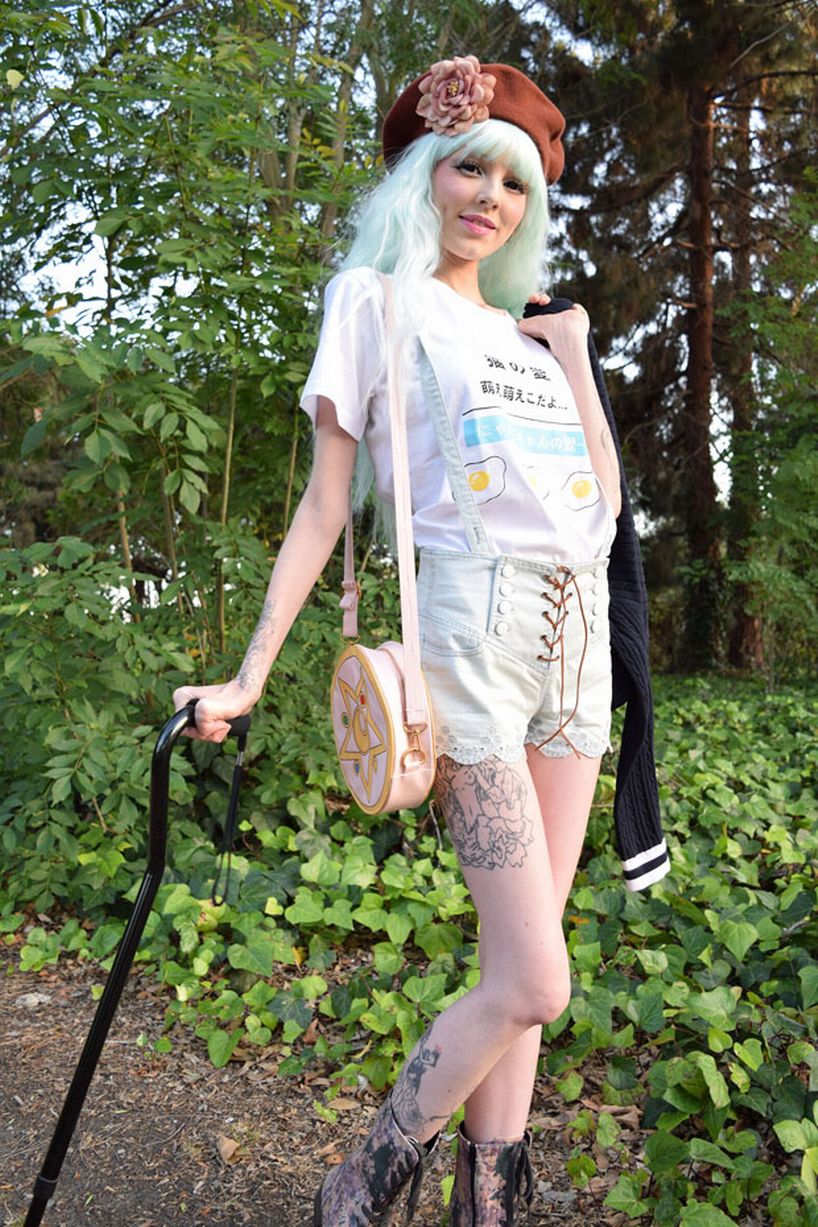 The symptoms of MD started to manifest on her arms and legs when she was 18-years-old, shortly after she met her husband.

“It felt like I was wearing a weighted body suit all the time. My joints were weak and it felt like I had heavy weights on my arms and legs.

“I constantly needed help to move. I had to be picked up in order to get out of bed, seats and even the
toilet. Walking became difficult too. I walk with someone holding one arm and with a cane in the other hand.

“I began going to the doctors and going through the long process of finding out what was the matter with me.”

Her condition continued to exacerbate until a muscle biopsy procedure confirmed the diagnosis last November 2012.

“The doctor told me what muscular dystrophy was and how few people if any, survive long with it. I was scared.”

Instead of losing hope, she started to dress herself with Barbie-like clothes and uploaded videos to help raise awareness about MD.

Within eight months of posting her videos, Amber gained 10,000 followers on the internet. 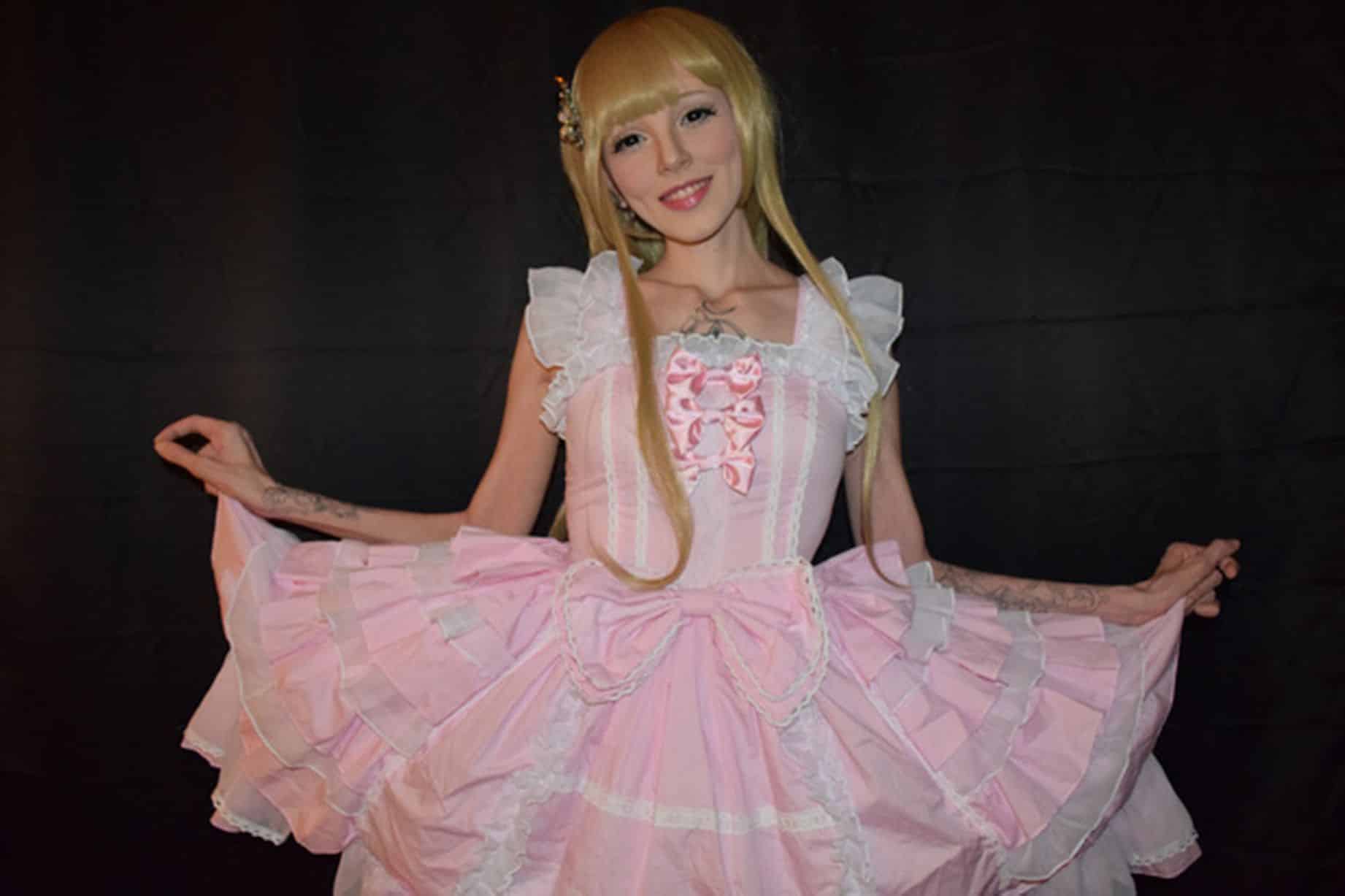 “I soon had fans writing to me telling me how they were inspired by me and how I was their role model. I have also gained two clothes sponsorship deals.”

Her popularity somehow helped her cope with her condition. 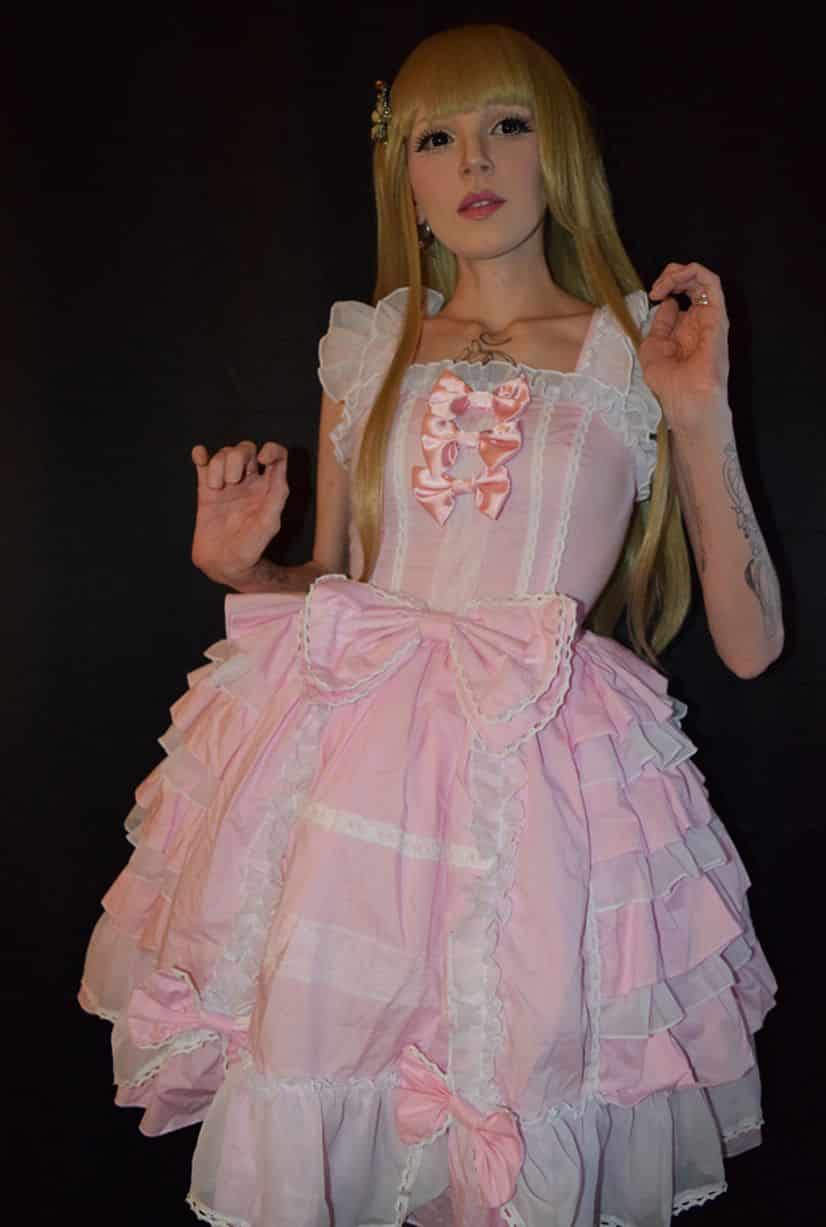 “One day, suddenly something just snapped in me and I decided to change my life. I realized that my muscular dystrophy was turning me into a real living doll. Being unable to move more and more as the days go by can drive anyone crazy and cause them to get frustrated with themselves. But when I started seeing myself as a living doll that needs to be picked up all the time, it helps me not to be sad and upset. I just see it as a transformation into the living doll.”

Amber is happy to live like the Barbie dolls she used to play with when she was younger. 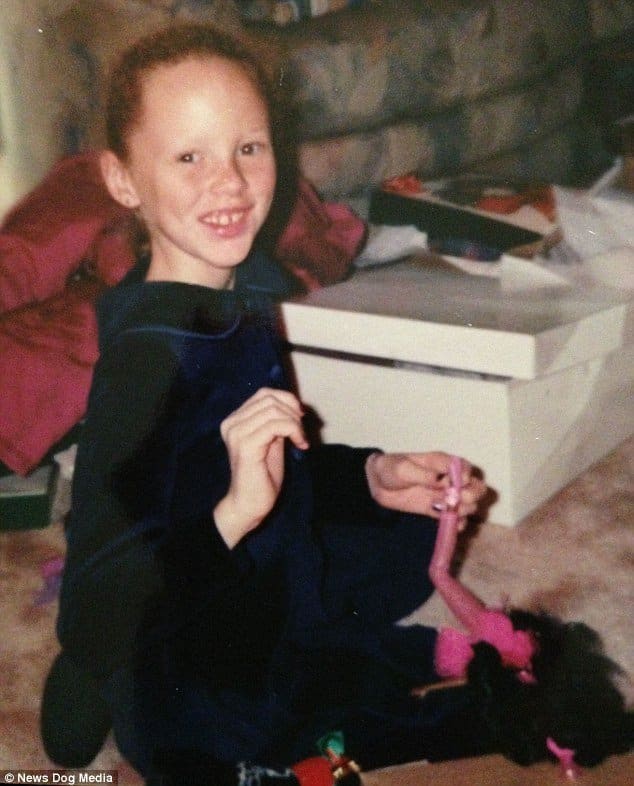 “My muscular dystrophy also makes me look quite skinny which a lot of people say is dolly or Barbie-like.

“I love being compared to a living doll. 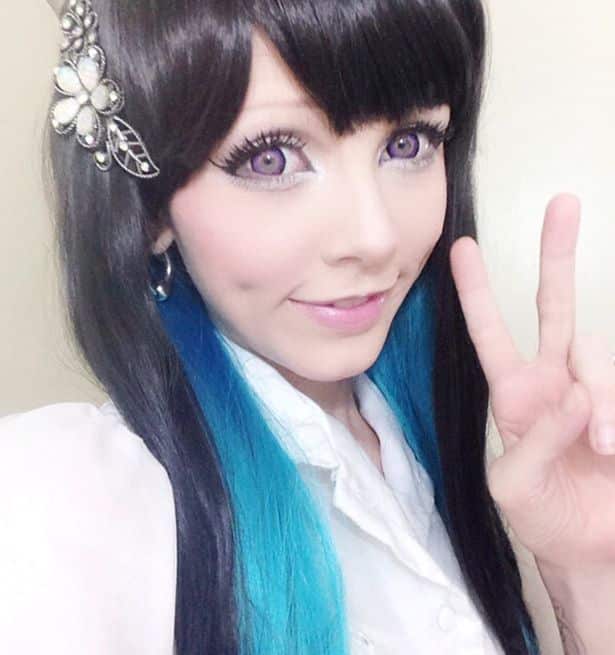 “It is what I truly feel like I am now and I’m happy to be one. 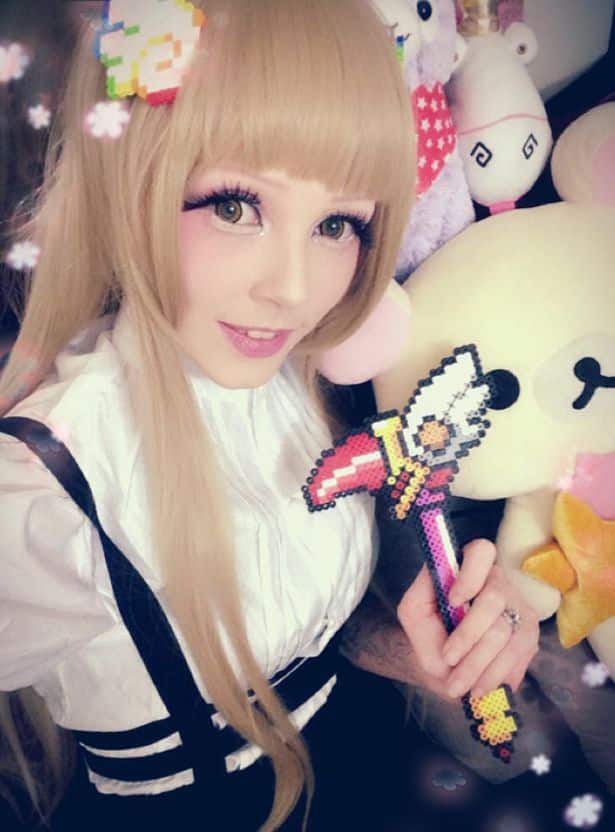 “Being a doll has saved me.” 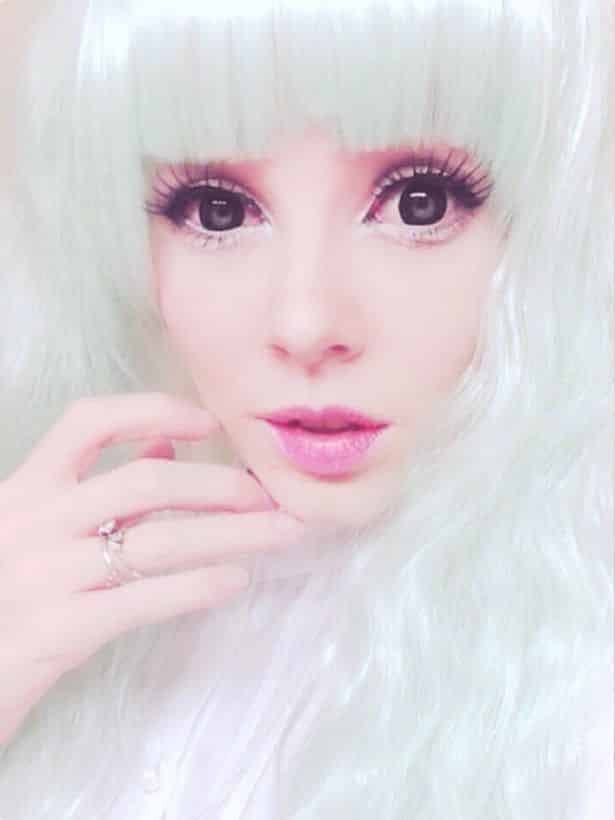 “I also use my videos to raise awareness of muscular dystrophy and show people with any illness that there is a life to live after a major diagnosis.

“I am the true living doll in every way possible. There’s no one like me.”