Those who are planning to climb Mount Ötscher in Austria are definitely in for quite a sight – a monstrous penis sitting on top of the mountain. It’s actually a massive wooden statue, as tall as the average person, sitting upright with the head on top. The best part is, no one knows who actually put it there!

Granted, the statue may be considered vulgar and in poor taste by most people, but you can’t also deny the amusement factor it provides especially if you consider that some random citizen actually took the trouble to lug up the wooden penis all the way to the top in frigid weather conditions.

As expected, news of the wooden statue quickly went viral and netizens are dying to know the identity of the artist. 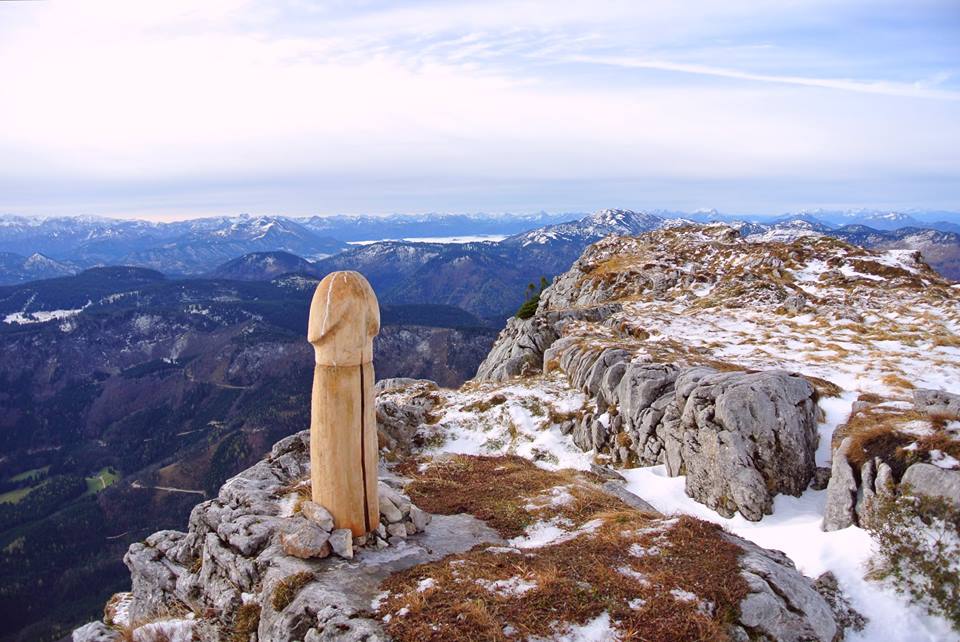 It was Marika Roth, a longtime blogger and hiker, who discovered the phallic statue. She proudly proclaimed it as ‘Ötscher’s new mascot.’ 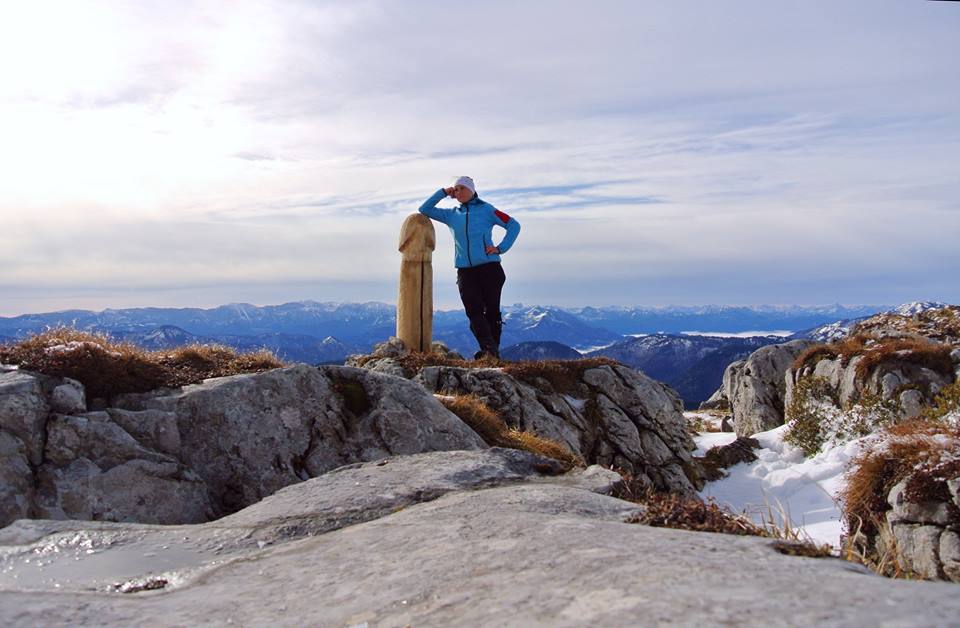 “With us, not only winter is coming,” said Ötscher’s ski-lift operators, who were puzzled by the presence of the statue but considers it as the mountain’s newest tourist attraction.

A storm will easily sweep the whole thing off the mountain. Good thing that the statue is secured with a collection of rocks, but operators fear that this is not enough.

So now people are calling for the mysterious artist to make the wooden penis more secure so that it can hold its own against strong winds. 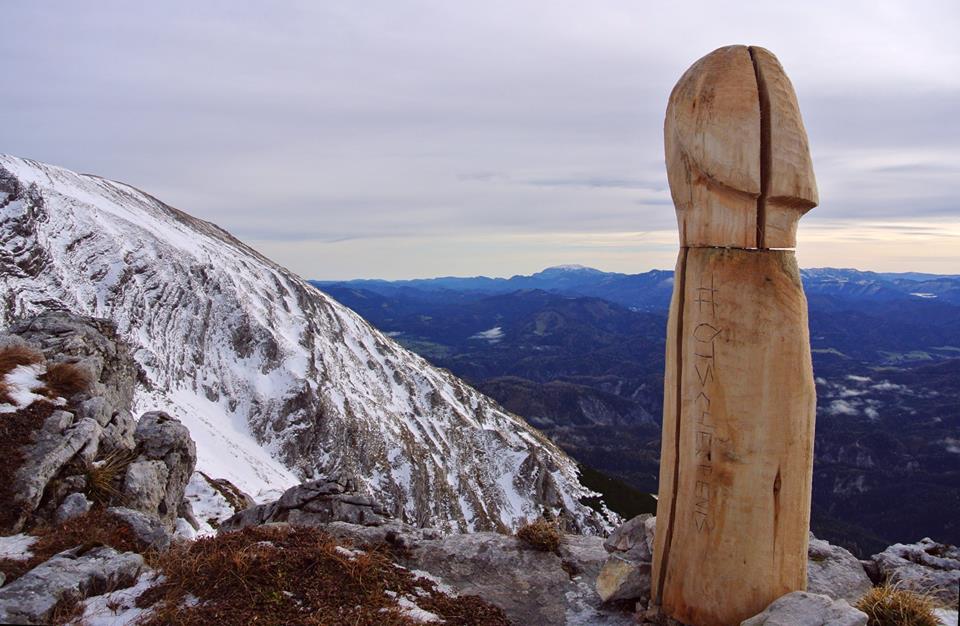 Right now, no one has come forth to claim ownership of the whole thing, but a lot of people are thinking that this may be a viral marketing stunt.

As anyone can expect, netizens bombarded social media with hilarious remarks.

“Archeologists a few thousands of years in the future will probably think this is a part of a fertility cult.”

“Instead of a summit cross, we now get summit penises?”

As unique as this looks like, this is not the first time that something like this happened. Last year, an antique dealer named Juergen Hesz erected a 2000-year old penis structure weighing two tonnes in his garden.

This sparked public outrage in the town of Traunkirchen, also in Austria. 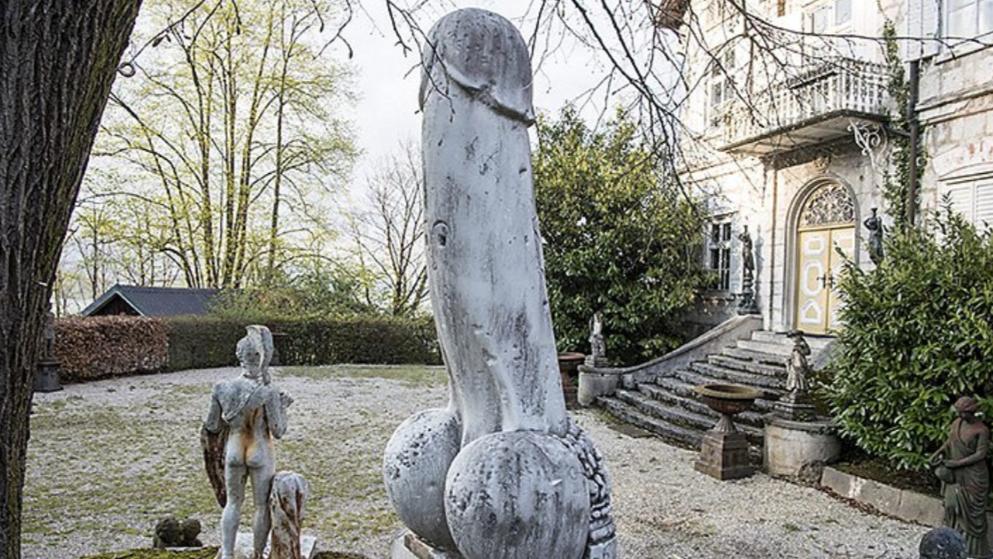 Hesz said that the statue represented fertility, but the citizens demanded that the giant phallus be removed. A compromise was done, with the local mayor sending workers to Hesz’ garden to put a metal fence around it, hiding the phallic art from public view.