There’s just no doubt about it – the Marvel Cinematic Universe is currently the king of the big screen. They just keep releasing good superhero films, one after the other, so it’s no surprise that they’re pretty much dominating the box office right now.

Aside from eye-popping visuals and captivating storylines that appeal to worldwide audiences, one of the biggest strengths of Marvel movies is the spot-on casting for the characters.

Robert Downey Jr is, of course, the prime example of this. He’s been Tony Stark (Iron Man) since 2008 and we just can’t see anyone playing the now-iconic hero. Fans would agree that RDJ is practically born for the role!

Interestingly, however, some actors and actresses have almost become heroes and villains in the Marvel universe – until things failed to work out along the way. Check out this list and find out who almost who in your favorite movies! 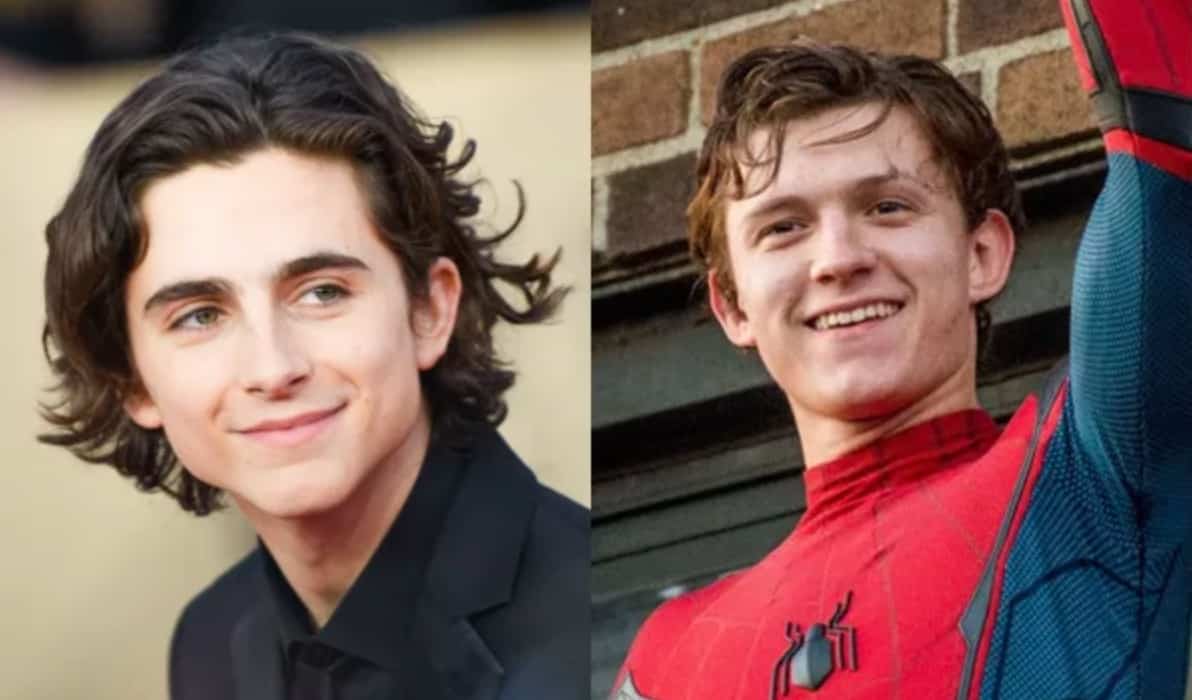 The Call Me By Your Name star almost became Spider-Man when he auditioned for Spider-Man: Homecoming. “I read twice and I left sweating in a total panic,” recalled Chalamet. The role eventually went to Tom Holland. 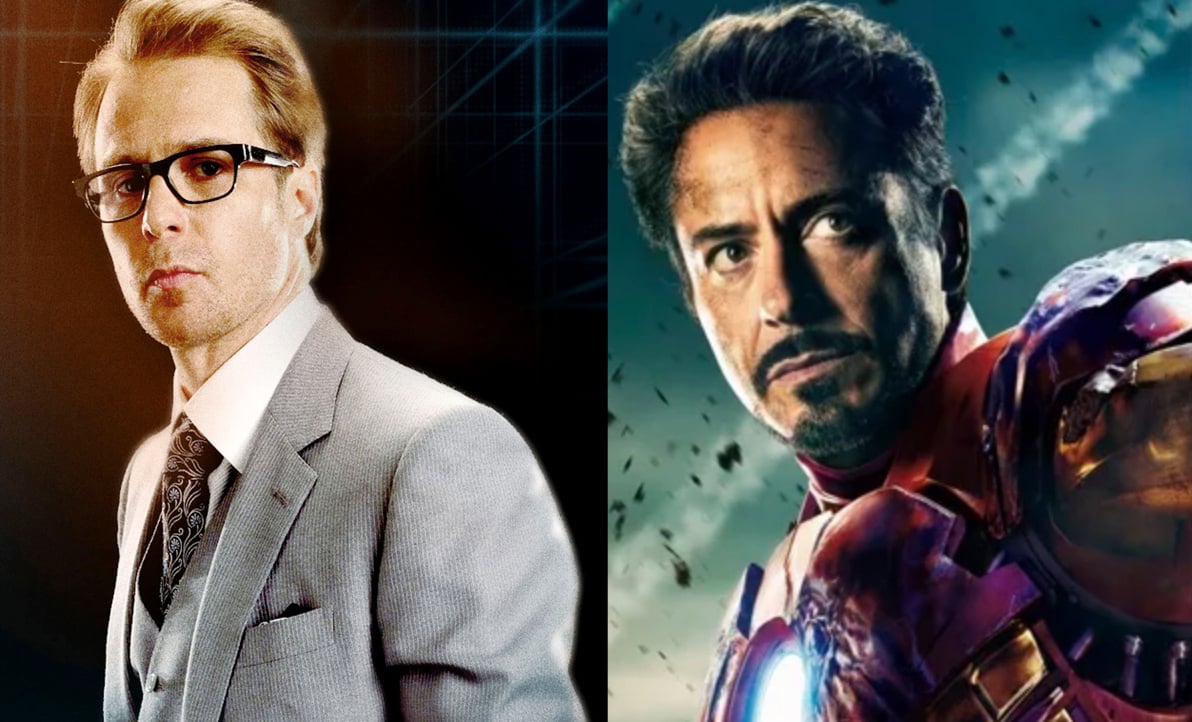 Yes, the guy who played industrialist-slash-villain Justin Hummer on Iron Man 2 was actually on the short list of actors considered for the titular role during the first movie’s early stages of development. In fact, he was approached by director Jon Favreau for it.

We’re just grateful RDJ was hired instead. He’s become the billionaire, genius, playboy, philanthropist we all know and love! 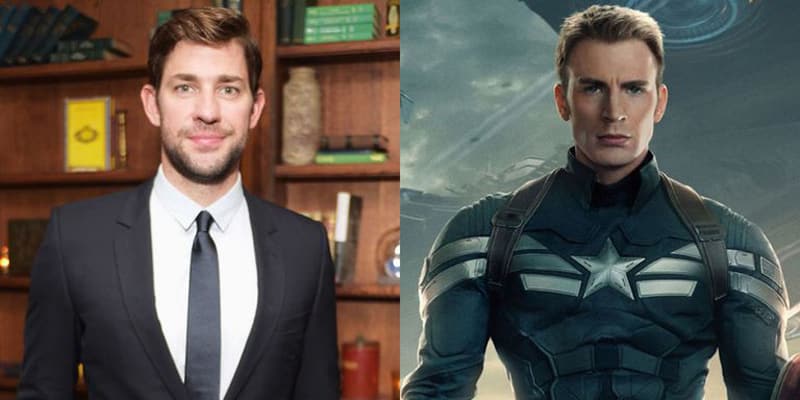 In an interview with Conan O’Brien, Krasinski shared seeing Chris Hemsworth (Thor) was the ultimate reason why he didn’t get the role. Because he felt truly intimidated!

“The only bummer of [the audition] was, I was putting on the suit… and I got to right about my waist, I was still shirtless, feeling pretty good about myself… and all of a sudden Chris Hemsworth walked by as Thor and he’s like, ‘Hey, mate,’ and I went, ‘I’m good. This is stupid. It’s okay. I’m not Captain America.’” 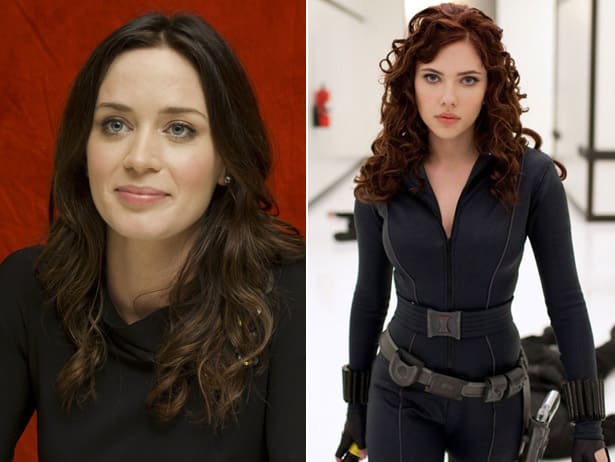 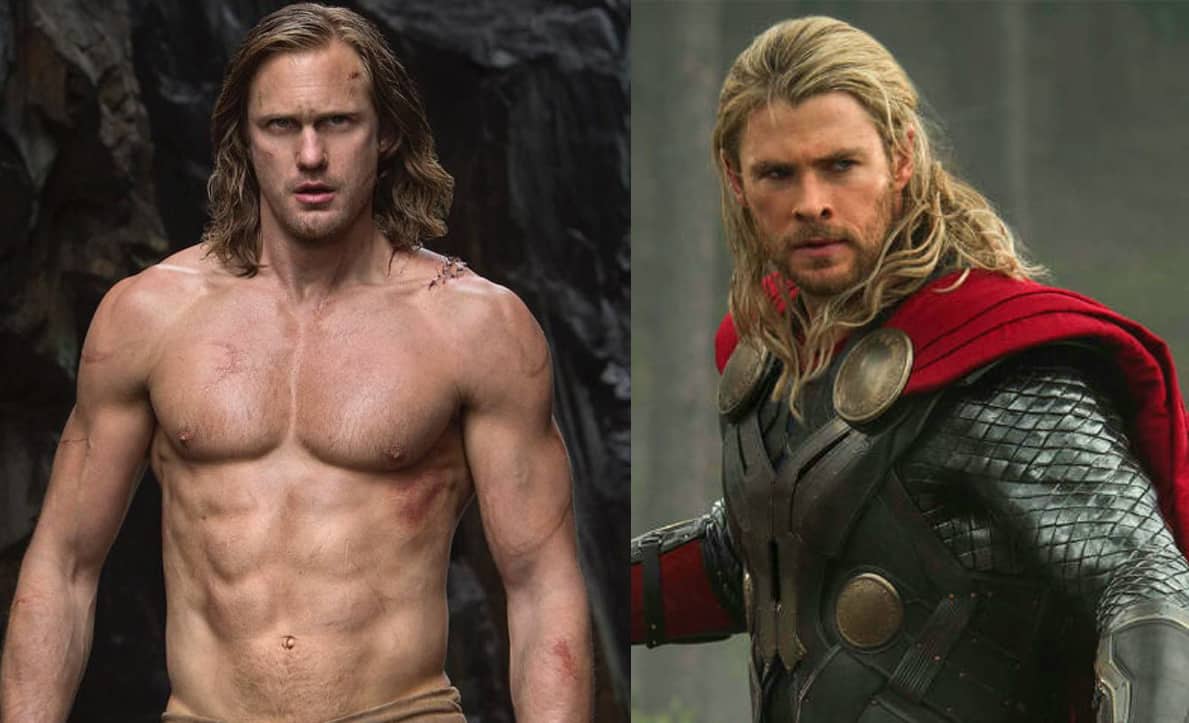 When asked about rumors of whether he almost became Thor, Skarsgard (whose last name definitely rhymes with Asgard) admitted:

“Yeah, I met with [Marvel Studios chief] Kevin [Feige] a few times and the director [Kenneth Branagh]. There was definitely some truth in that, yeah.” 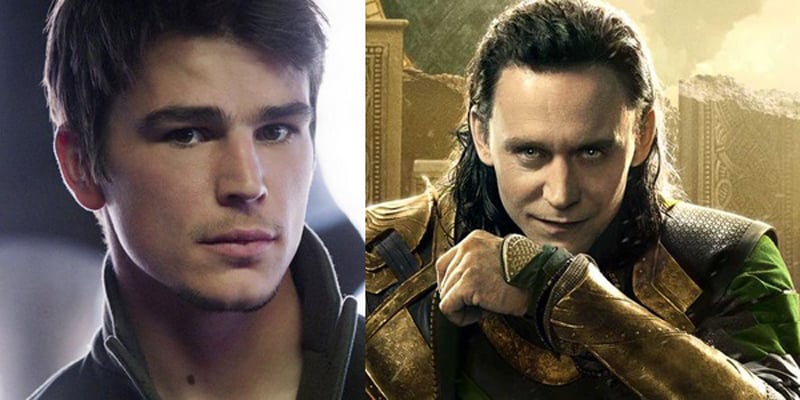 When the first Thor movie came out, Hartnett was more popular than Tom Hiddleston, who was practically unknown at the moment. Fortunately the latter got the role and did a pretty good job at it. As a result, he’s now one of the biggest male stars in the industry. 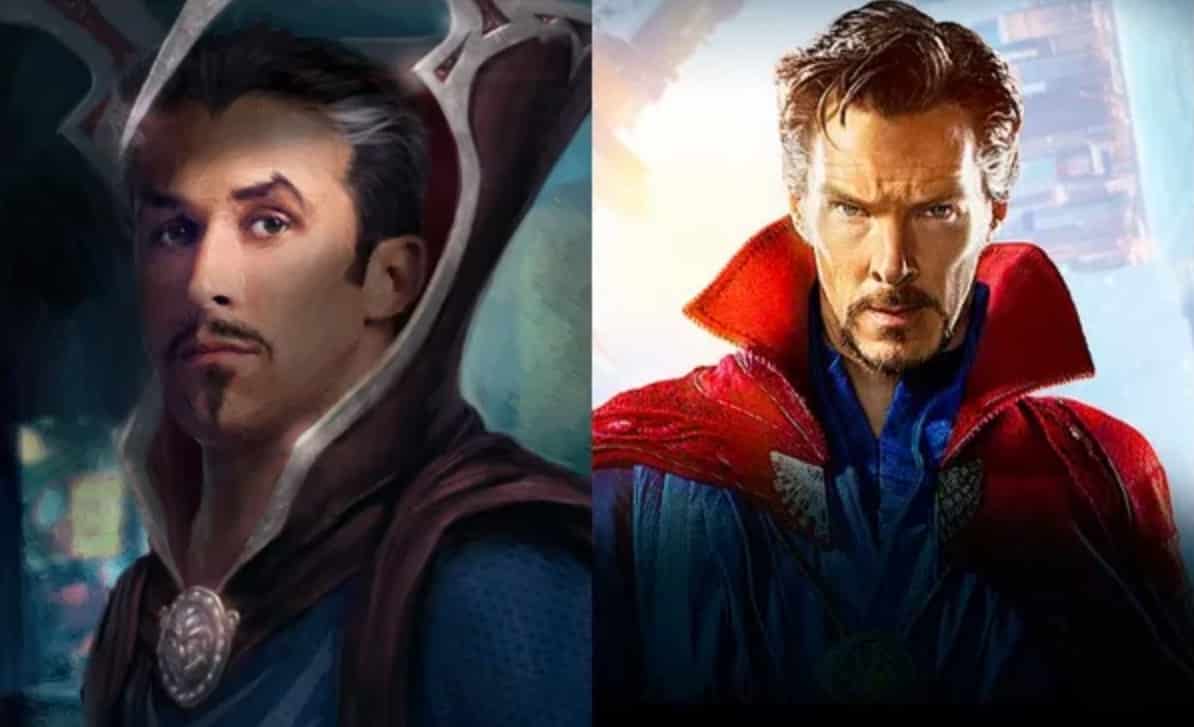 As you can see in this photo, a concept artwork featuring Gosling as the Sorcer Supreme has been made. Apparently, it was illustrated by artist Court Chu who did it for Marvel Studios.

“I worked probably not even a day on some version of Doctor Strange years ago, and back then they wanted Gosling,” wrote Chu in his blog. 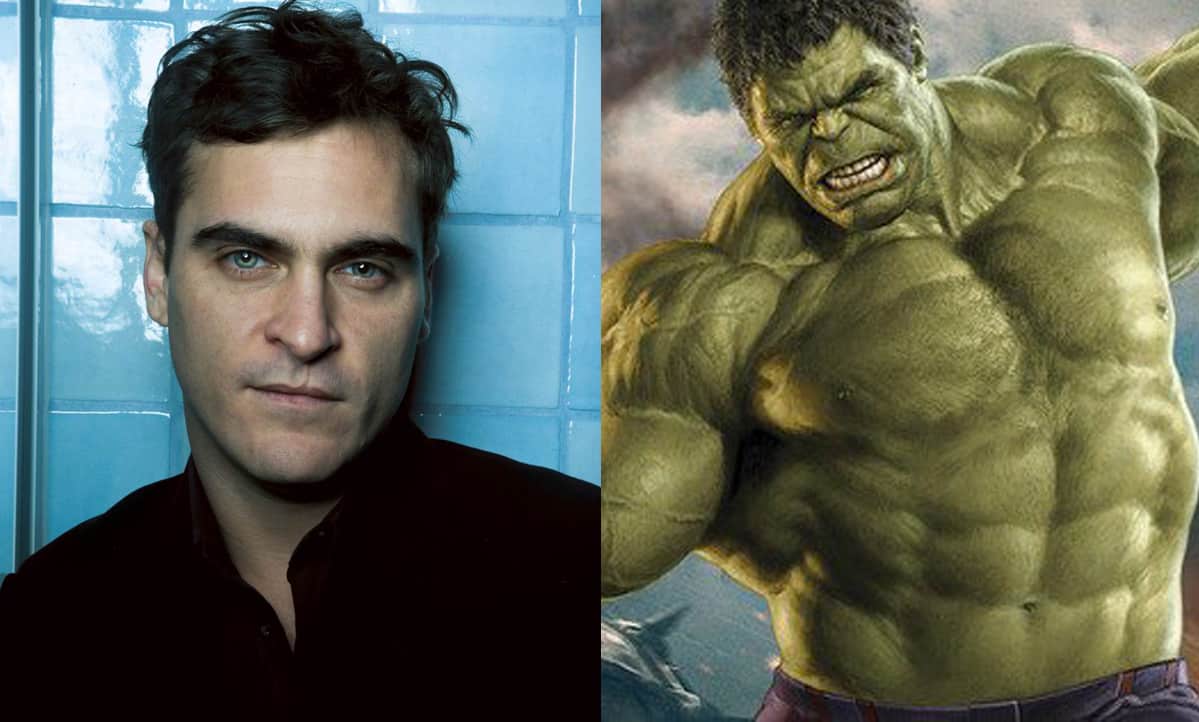 Before Mark Rufallo smashed onscreen as the Hulk, Phoenix was considered for the role. Unfortunately, things didn’t go smoothly for him.

“I’ve flirted with several of those films, having meetings and getting close, but ultimately it never felt like they’d really be fulfilling. There were too many requirements that went against my instincts for character… It’s best I don’t do it.” 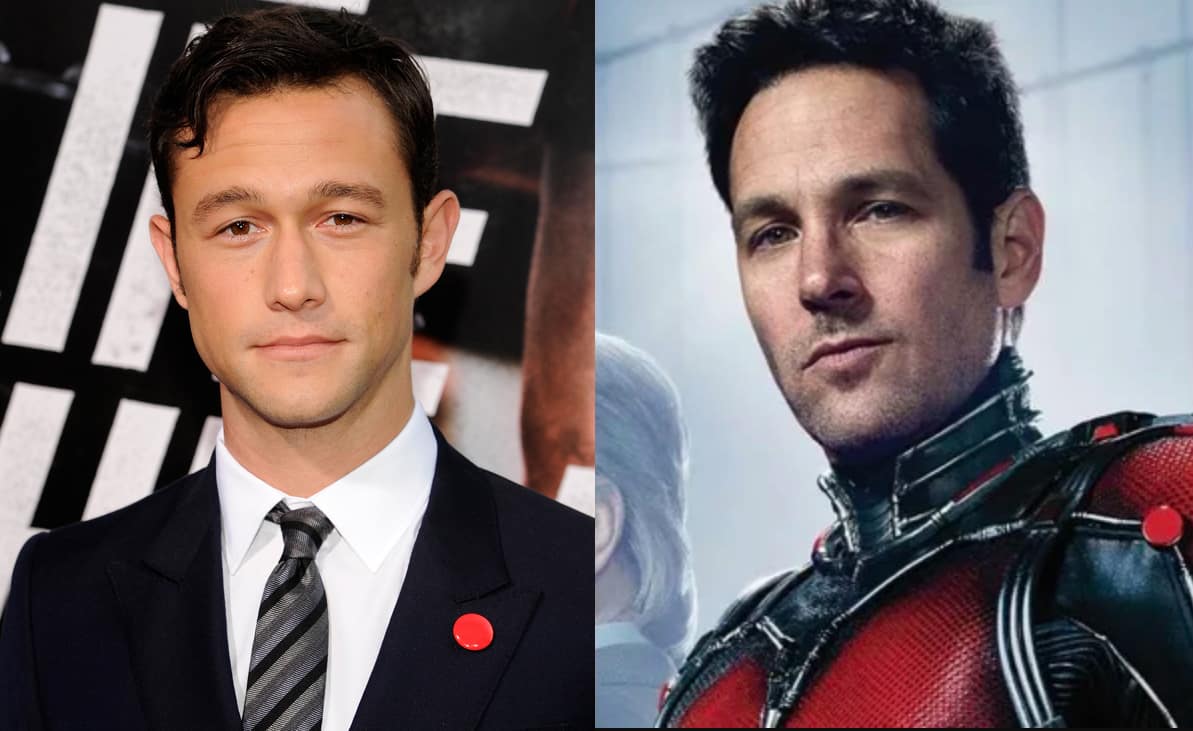 Although the role ultimately went to Paul Rudd, JGL once confirmed he was in discussions for it.

“There is always a lot of rumors around these projects and so far it is still only discussions. I am always very transparent when it comes to my role and my career. I’m Usually the first to speak and communicate with my fans if something happens.” 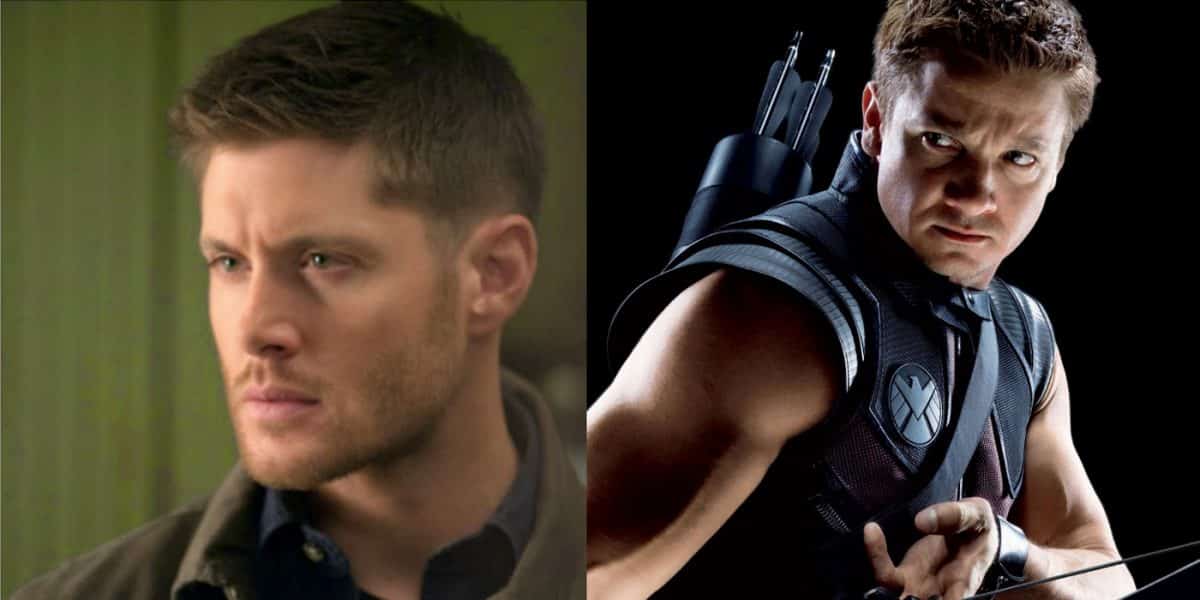 In a nutshell, Ackles had to turn down the opportunity because he was too busy with Supernatural. 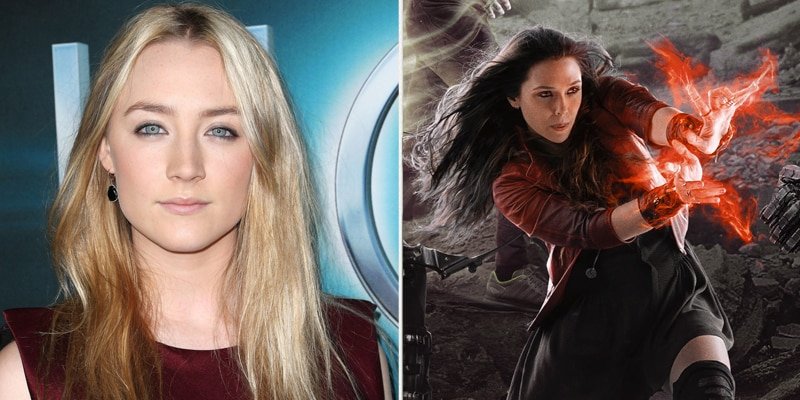 Ronan expressed great interest, especially after Marvel used her likeness as “prototype” of the upcoming movie version of the character.

In an interview, the actress excitedly said:

“I have heard about it and yes, I would. Yeah, of course I would [be interested]. I love Joss and I love those films, and I love his handle on them and how he portrayed these kinds of superheroes. I think it’s very different from what anyone else has done. So yeah, I’d love to be in it.”

As we all know, the role later went to Elizabeth Olsen. 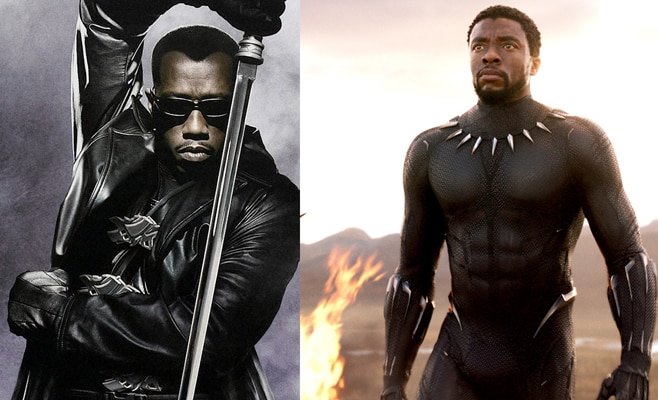 Snipes was obsessed with Black Panther way before the Marvel movie boom and went extra miles to get a solo film for the superhero. Unfortunately, things never fell into the proper places.

“I think Black Panther spoke to me because he was noble, and he was the antithesis of the stereotypes presented and portrayed about Africans, African history and the great kingdoms of Africa. It had cultural significance, social significance. It was something that the black community and the white community hadn’t seen before.

“Our major competitor was owned by Warners, and they were coming out with Superman movies and Batman movies…. We were out there struggling.”

Marvel creator Stan Lee was very “supportive” of the project “at the time,” recalled Snipes.

“Ultimately, we couldn’t find the right combination of script and director and, also at the time, we were so far ahead of the game in the thinking, the technology wasn’t there to do what they had already created in the comic book.” 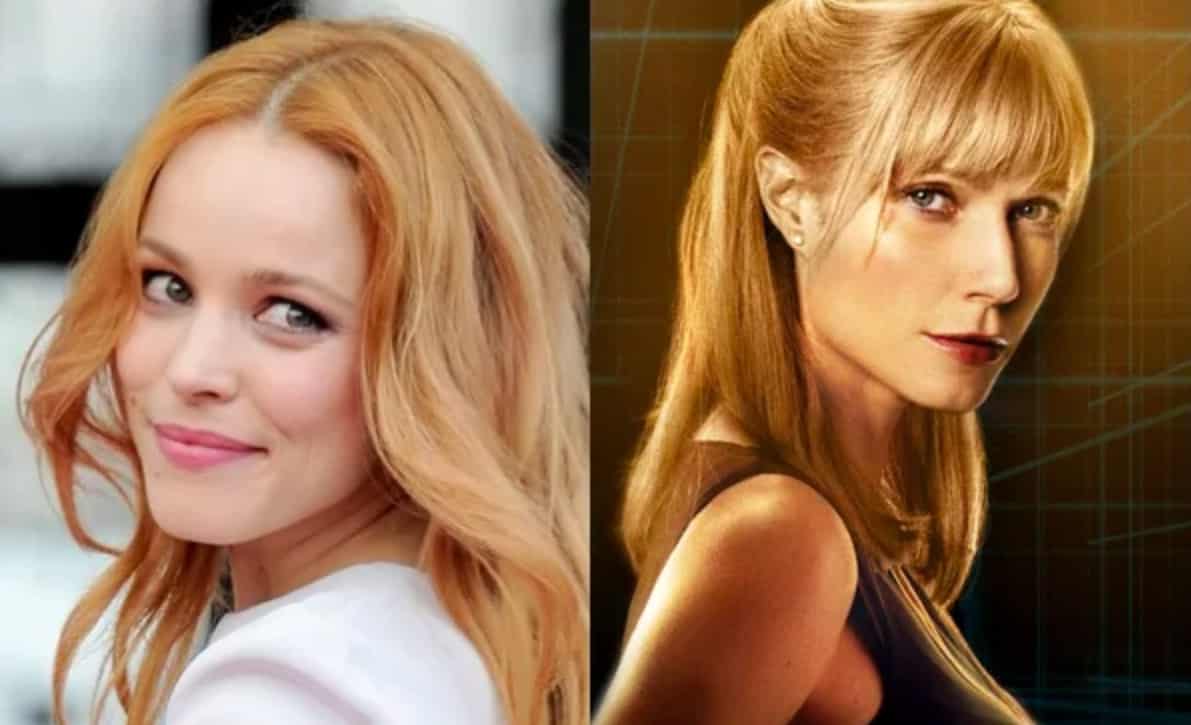 It should have been McAdams and RDJ but as things would have it, the role of Pepper Potts went to Gwyneth Paltrow. McAdams later ended up playing Christine Palmer, Dr Strange’s love interest. 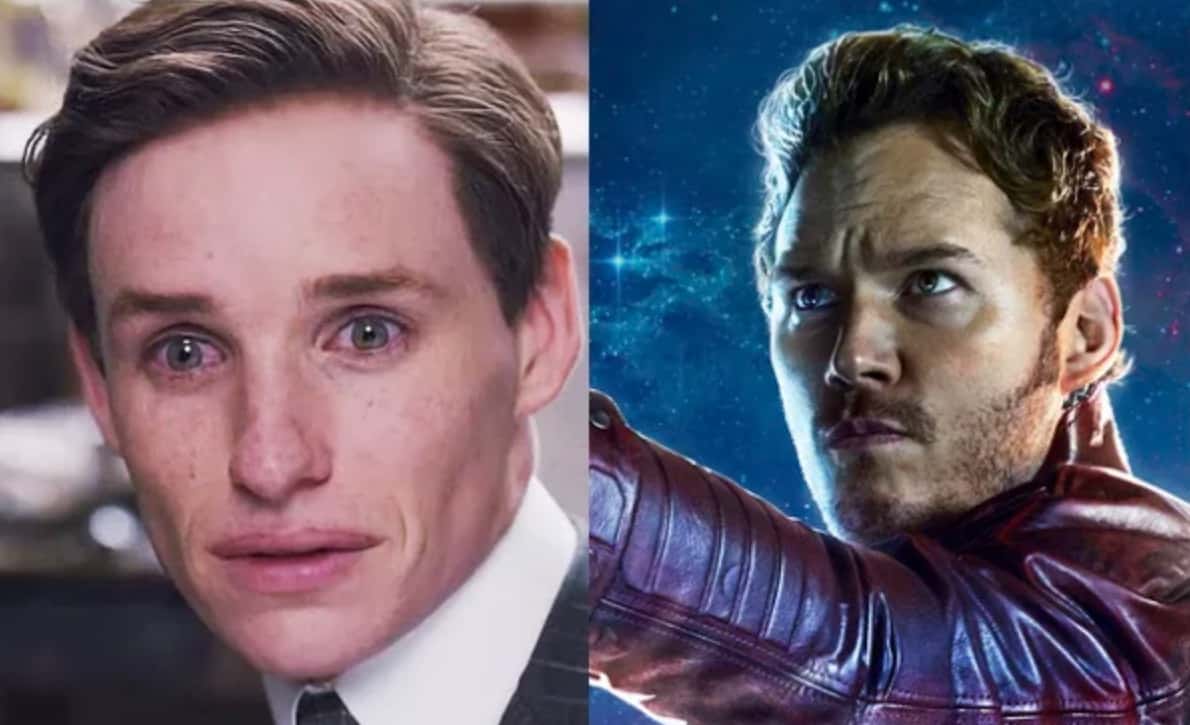 Redmayne’s name was among the list of actors who allegedly auditioned for the role. Although he remained mum about the rumors when asked about it, saying “there’s noise with the internet of things that are true and not true,” we’re just glad the role went to Chris Pratt. 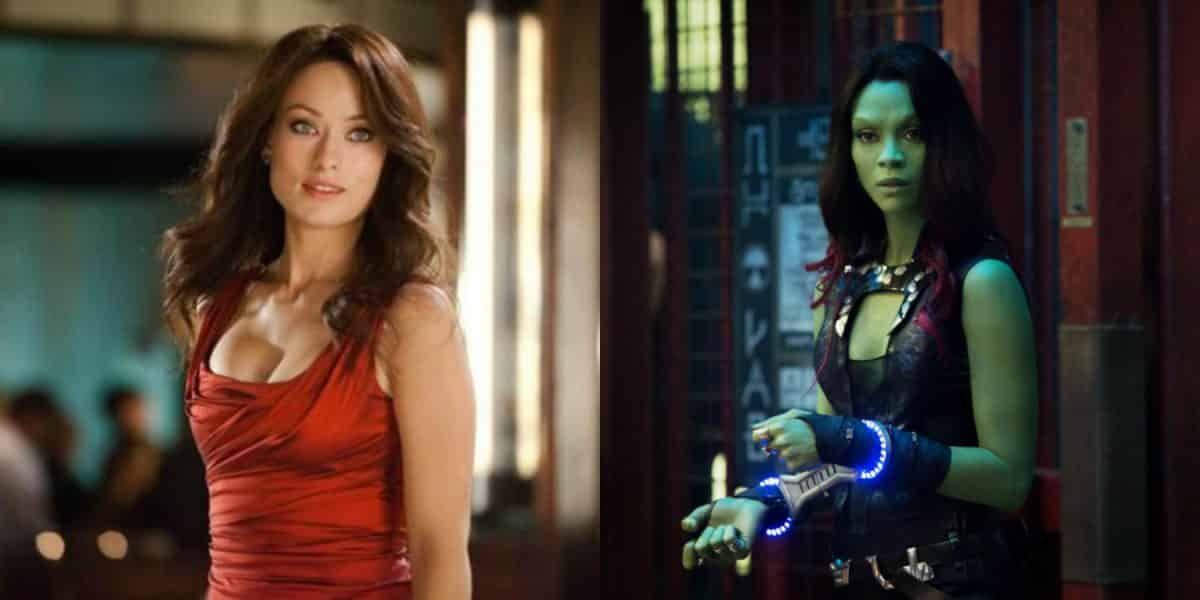 Not a stranger to action-packed movies, Wilde has appeared in Tron: Legacy and Cowboys & Aliens. She was particularly a favorite among fans and was included in the list of actresses to play Gamora, along with Gina Carano and Adrianne Palicki.

Wilde later turned the role down because she was already playing too many “badass” women.

#16. Jason Momoa as Drax the Destroyer 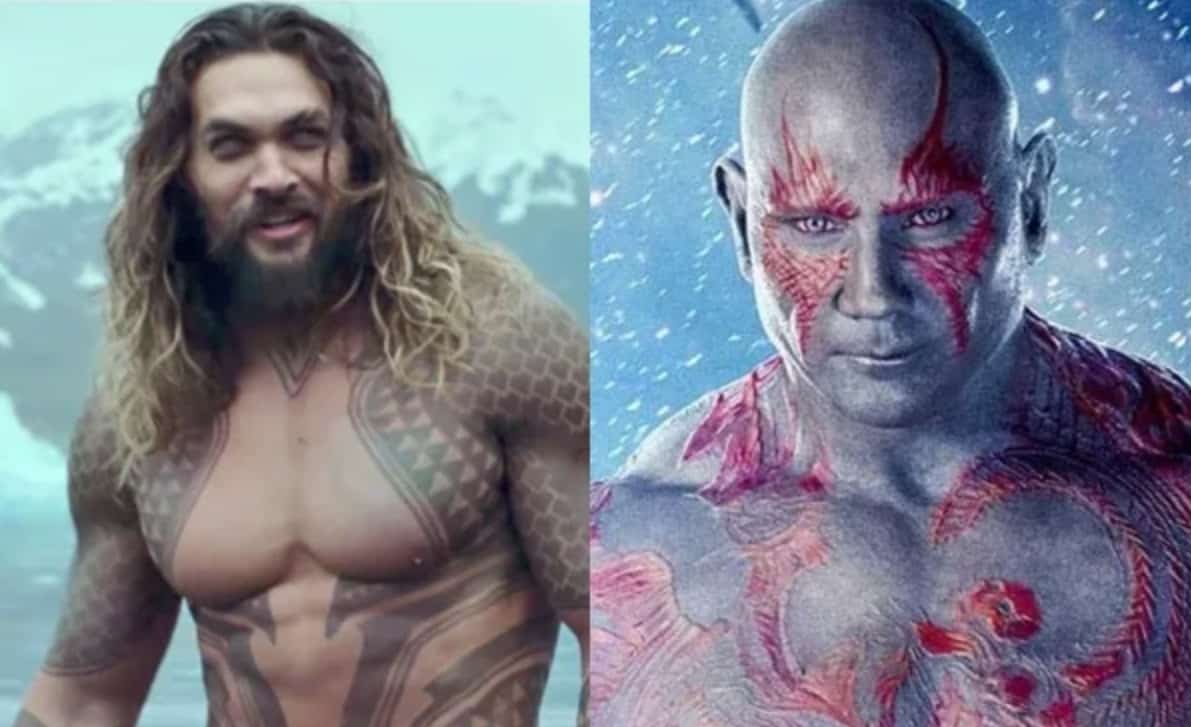 Asked about why he turned the role down, Momoa said:

“It didn’t really fit in my time because I’ve done so many things where I don’t say much and I’m colored up and I have my shirt off again.”

“You want to stretch,” he also mentioned. Ironically, he’d play another shirtless, tattooed comics character – that of Aquaman in the Justice League movie. 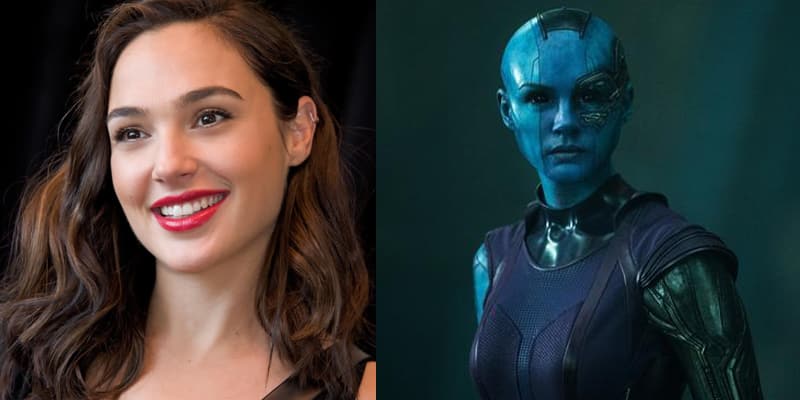 Speaking of Justice League, an old interview resurfaced on the web with Gadot describing her life as an actress, saying:

“It’s a very complicated life, because you live from role to role, and you never know when your next role will be. So when you work, me at least, I am the most grateful, and the most, you know, enjoying it, because it’s not obvious. Especially taking part in such crazy productions, really, it’s like… I don’t know. And that’s what… There are all sorts of options and all sorts of possibilities. I have the option now for a role where I will have to shave my head and they will color me in blue paint.”

Does that sound familiar? Well, that’s obviously Nebula right there for you!