Some dogs are just too special for the world. A heroic German Shepherd recently tried to save a girl while she was swimming in a pool. Interestingly, his act of bravery is made even more awesome by the fact that he is terrified of water!

Kaiser is a one-year-old GSD who is proving that you don’t need a lifeguard when he’s around. His owner Lauren Bright was taking a video of her friend playing in a swimming pool when the pooch sprang into action. Kaiser quickly jumped into the water and grabbed the girl by her hair before pulling her to the shallow part of the pool.

The heroic pooch didn’t even hesitate when he saw his owner’s friend in the pool. 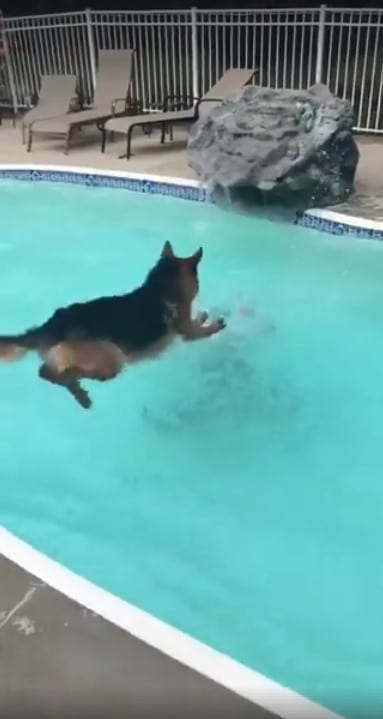 It is important to point out that the girl was not drowning. However, that didn’t stop Kaiser from trying to save her life and bring her to a safer part of the pool.

Kaiser’s actions were considered heroic by netizens who couldn’t get enough of the viral video. However, Bright explained that he tried to save his owner’s friend because of his own fear of the water.

“A few months prior to this video, Kaiser was terrified of water. He fell in a creek around 4 months old when the water was freezing, so he wouldn’t go near water for a long time. Then in spring, I started to get him to follow me in the water. After many pool and pond visits, he conquered that fear.”

Can you imagine that this dog used to be terrified of the water? 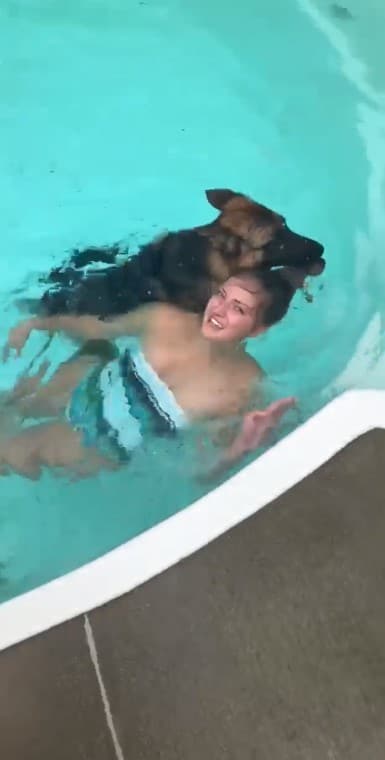 It’s an amazing backstory for a truly heroic effort. However, it gets even better. Bright revealed that Kaiser was never taught to save people and had acted on his own instincts.

“He also was never trained to ‘rescue’, and this video just so happened to be filmed the very first time he had ever jumped in and swam Bria to safety.”

Do we even deserve dogs like Kaiser? There is little doubt that this awesome pooch is a true hero in his own right.

Watch Kaiser in action in the full video below: