Rabbits are already very adorable to look at, but one took its cuteness to the next level. A little bunny named Chasky touched a lot of hearts after it did something amazing for a friend.

The small rabbit was playing around in his owner’s yard when he suddenly started digging frantically. The fluffy animal was very worried about his pal that was stuck behind a wall and was determined to set it free. 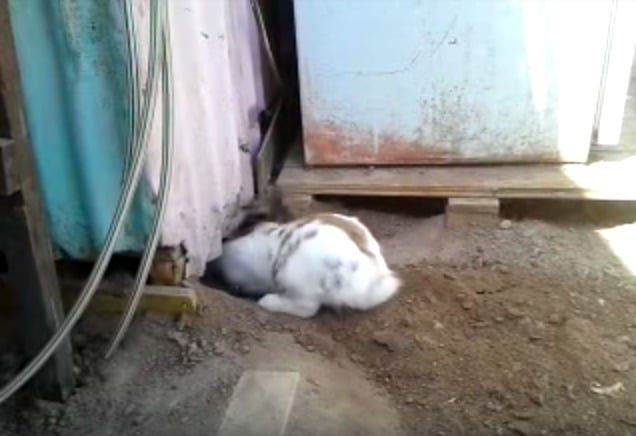 “The place where the was kitten (fluff) was a hole that the rabbit (chasky) always made, which I had to cover every day because they got into the hole … That day I saw the hole, and as all the day I covered it, without noticing that the cat was inside.” 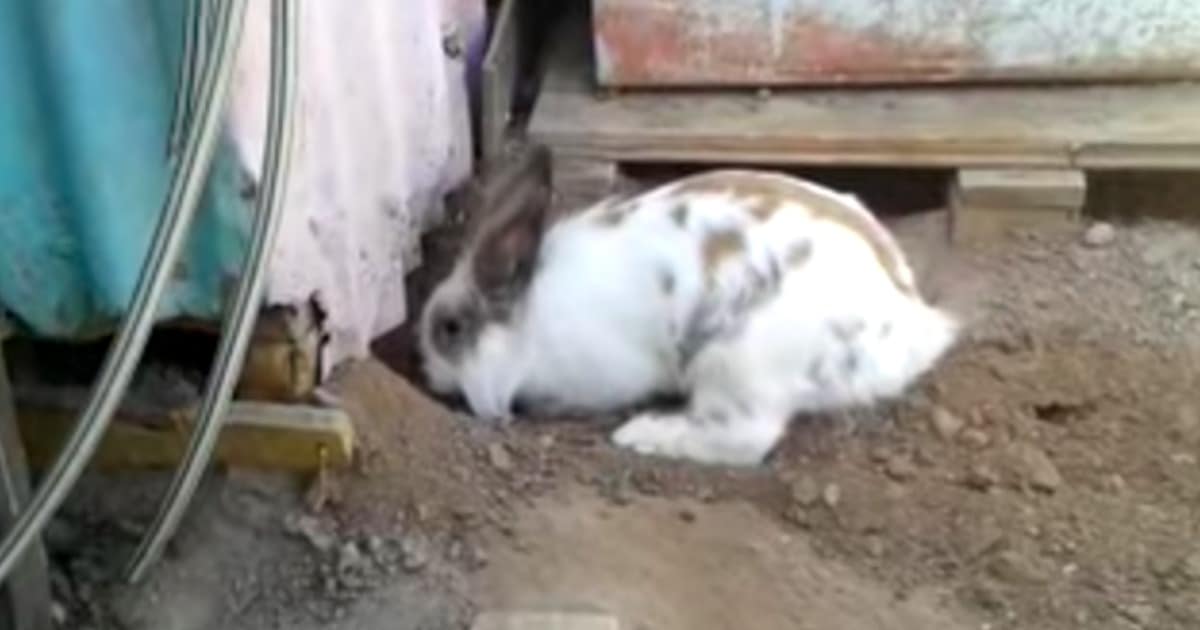 Unlike Jessica, who was blissfully unaware of what she just did, Chasky knew exactly what happened and wanted to fix the problem.

“When I saw that Chasky began to dig, I fished out my cell to show my husband that the rabbit was making the hole. At that time I saw one of the cats legs. I was surprised that my rabbit was not digging a hole for pleasure, was just doing it get a friend.”

The hero rabbit appeared to have given up a couple of times as it would be seen stopping for a few moments. However, it seems that Chasky was just contemplating what else to do to save the kitten as soon as possible. 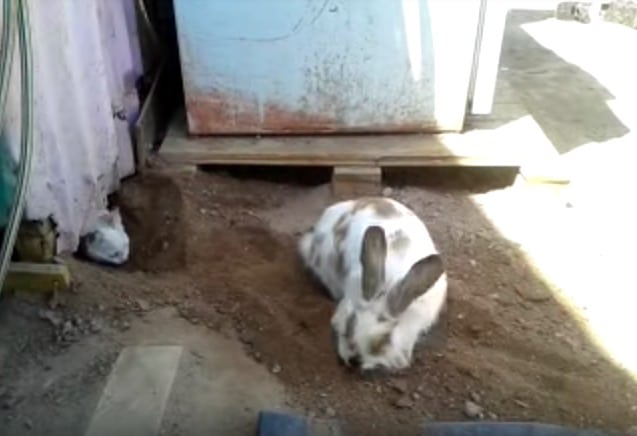 After realizing that digging was the only solution, Chasky gathered up all of its strength and started to dig again. Fluff’s paw would be seen sticking out a few times, giving Chasky the motivation that it was making progress.

Finally, the hero rabbit dug a hole big enough for Fluff to squeeze itself out. Now, that’s what you call true friendship!