Safety rules are implemented for very obvious reasons. If you choose to keep ignoring them, you have to be ready to face the consequences – one way or another!

Just take it from this guy who decided smoking in a gas station was a good idea. Eventually, he learned his lesson the hard way and we have good reason to believe that he will think twice before doing the same deed again.

What a jackass! This guy smoked while at a gas station – despite being told several times to stop. 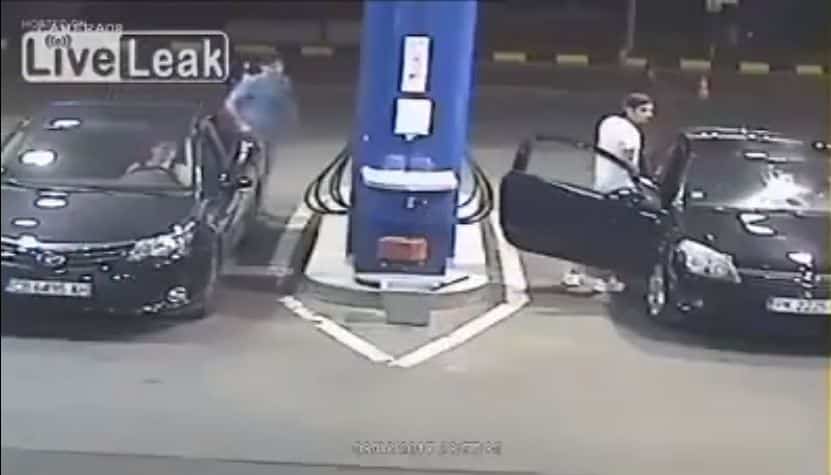 Apparently, we learn that the man has already been told by a gas station staff member to stop smoking in the area. Despite the warnings, however, he refused to listen and kept his cigarette on his mouth.

In the CCTV footage below, we can see how the attendant may have gotten tired of the smoker’s crap. Since he knows the dangers, he decided to finally do something about it and deal with him – in a very unforgettable way.

Go watch video below to see what happened:

The hilarious video has since gone viral as it got thousands of views on YouTube and many shares on various social media sites. Major websites, such as BoredPanda, has likewise picked up on the story which further led to wider exposure of the clip.

Of course, experts have warned that smoking (or even lighting a cigarette) “poses a serious safety risk”. It is advisable not to smoke at a gas station “whether you are refueling your vehicle or just sitting inside” since a single spark can possibly cause a “serious explosion”.

So yes, at the end of the day, we all just got to admit it: this gas station employee deserves a medal. 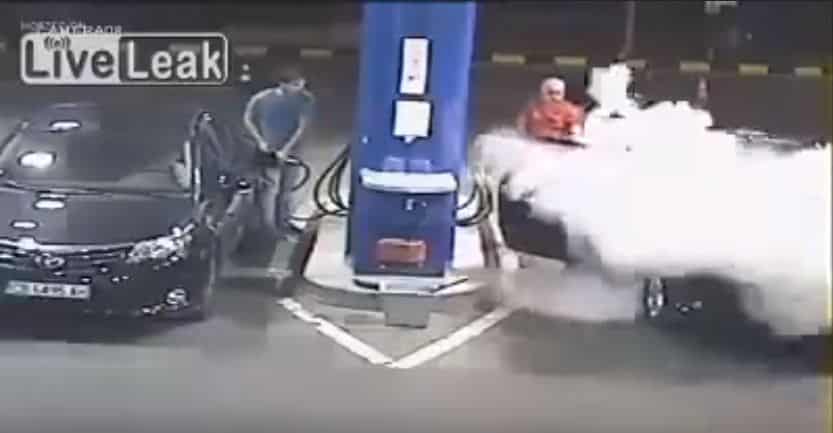