Oral health and hygiene are important, not only for aesthetic purposes but also for overall health and well-being. As a child, you’d always be told the importance of brushing the teeth and it will eventually become a ritual growing up. A man, however, hasn’t brushed for 20 years and shows the extent of the damage his teeth had.

The 21-year-old man claims he wasn’t encouraged to brush his teeth when he was young and now, he learned the devastating effects of poor diet and the inability to brush on the pearly whites.

Jay never visited a dentist in his life and hasn’t brushed his teeth for 20 years. 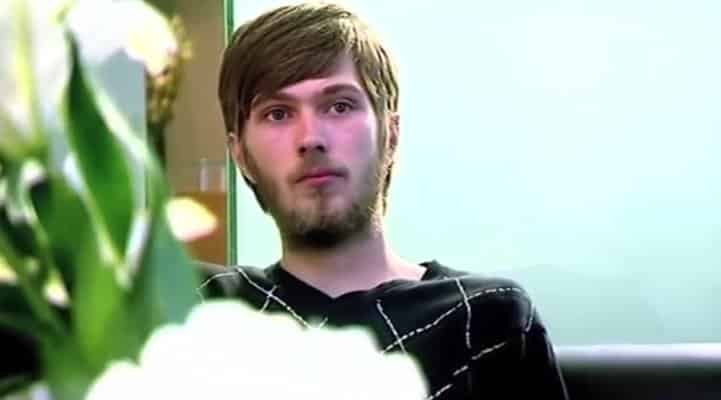 The situation got to a point where he got extremely embarrassed to even visit a dentist. The havoc in his mouth has taken a toll on his self-confidence. Until he finally decided to ask for help.

The man, only known as Jay, appeared in an episode of “Embarrassing Bodies” and admitted that he never brushed or flossed his teeth for two decades.

Finally, for the first time in his life, he visited a dentist, Dr. James Russell. The dentist revealed that Jay’s teeth were covered with tartar, the mineral and food debris buildup that form on the teeth. This is one of the most common causes of dental cavities and gum disease.

The dentist examined his teeth. 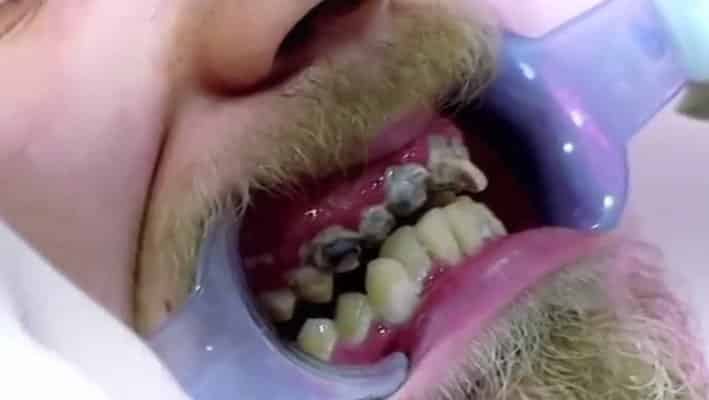 Look at how confident his smile is now 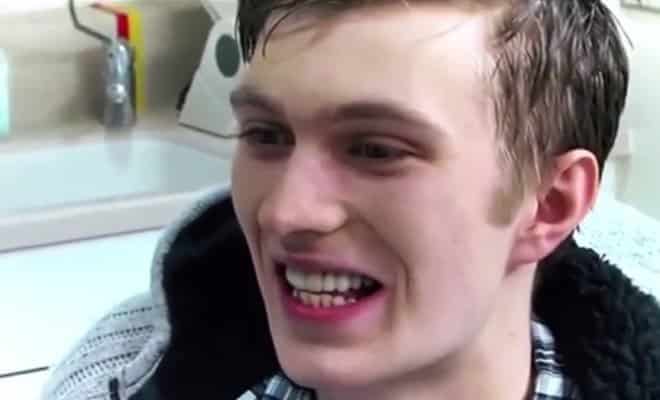 Jay promised to take care of his teeth and brush regularly now.