We already know how smart gorillas are and how capable they are in expressing both mental and emotional intelligence. If you’re still in doubt, just check out this adorable video of a guy sitting on the other side of the glass enclosure that houses Jelani the gorilla at Louisville Zoo in Kentucky.

He shows Jelani some photos… 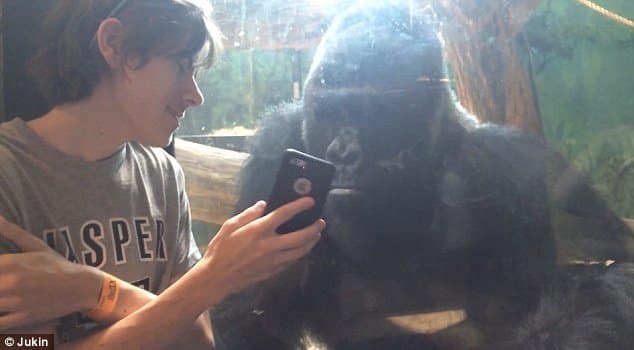 You can see the guy holding his iPhone against the window and scrolling through the screen, giving Jelani a full view of the photos on the phone. Watch how the gorilla seems to be very much interested in the photos, especially when the man shows pictures of apes. At some point, Jelani seems to be urging the guy to scroll to the next picture on the album. Amazing!

“Scroll to the next one, please.” 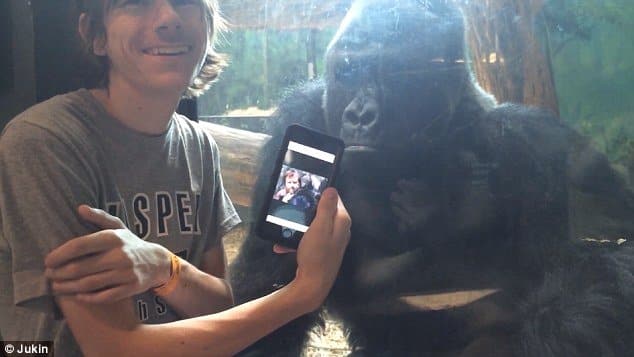 And then here comes the “Aww!” moment…the guy leaning his body to the glass and the gorilla doing the same, as if resting his head on the guy’s shoulder. 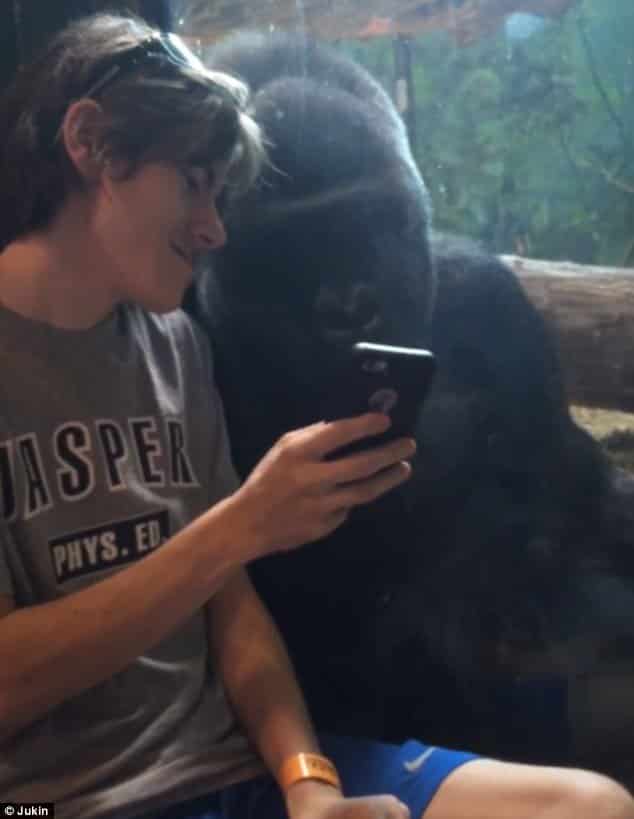 Watching this fills my heart with joy, seeing a touching interaction between human and animal. But it makes me sad at the same time. The boundary that the glass enclosure creates between the two reminds me that Jelani is not free and is probably craving so much for interaction with other creatures.

Watch the entire thing to see what I mean: