What happens when a girl goes around trying to pick up other girls? Sounds like fun right? Well, for sure it’s flattering especially if the woman who’s making the moves happens to be attractive. But it could also be super awkward. That’s exactly what happened in this social experiment. Take a look and you’ll be surprised at some of the girls’ reaction.

I’m totally a huge fan of these types of social experiments. They’re not only fun and entertaining to watch but they also directly challenge the boundaries of social norms only to reveal some fascinating things about our behaviors as humans. 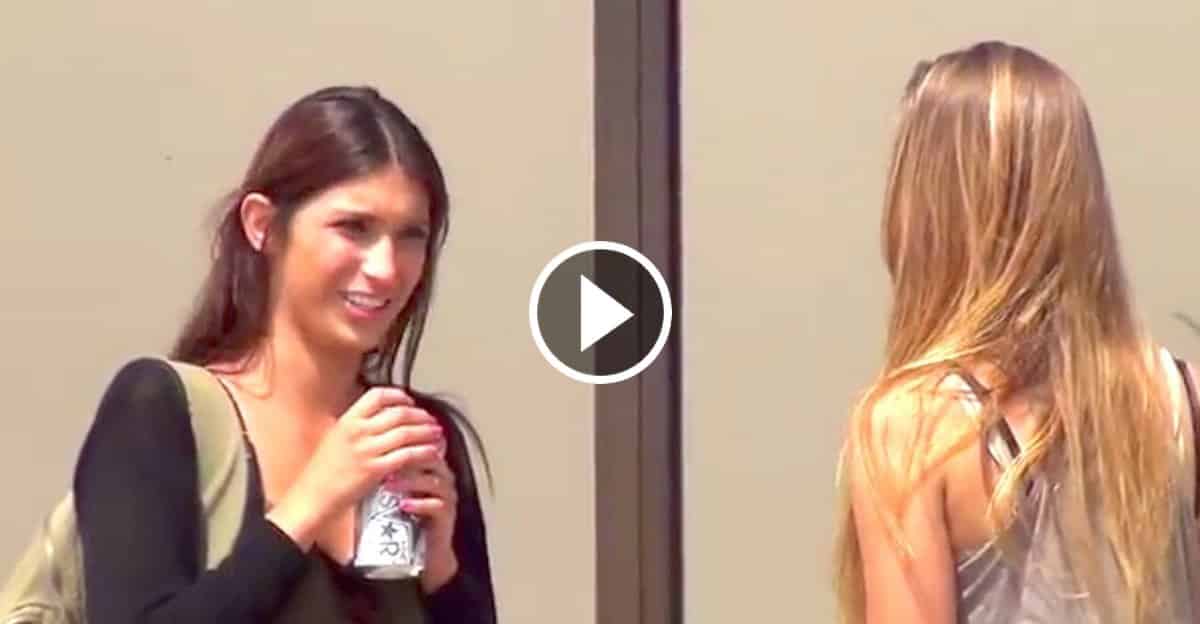 A lot of people have different takes on this social experiment. Some said, if it was a man, that would certainly qualify as harassment or would simply raise a lot of eyebrows. Especially the way she tried to coax them into something they said they aren’t into. But since she’s another girl, most women in the video just laughed it off.

If you find this interesting. You might as well check out the famous video where young boys were asked to slap a pretty girl.