Any safety warnings shouldn’t be taken lightly. If you ever doubt that, just take a look at what happened to this stubborn woman when she decided to ignore the warning signs. What looks like a fun experience unsurprisingly becomes a serious accident when she was blown by a jet plane’s blast, face first into a curb.

The incident happened at St. Marteen International Airport, considered as one of the most dangerous airports in the world. Because of the short length of the airport’s runways, planes have to take off and land just feet away from Maho Beach, which has since become a popular tourist spot for aviation enthusiasts.

There is just a small fence that separates tourists from the airstrip. One common problem is that plane spotters tries to get “up close and personal” in an attempt to “ride the jetblast,” like the woman in this video. She was seen holding on to the fence together with her boyfriend. Unfortunately, the blast was too much to bear. Seeing a chance, her boyfriend immediately gives up, leaving her all alone. With no one to back her up, the girl got easily blown away, slamming her face on a concrete wall.

Several onlookers immediately rushed to rescue the woman and her douche boyfriend was nowhere to be found.

32 Beautiful Places of Worship Will Certainly Take Your Breath Away.

The architecture of these churches are intended to be admired by all. 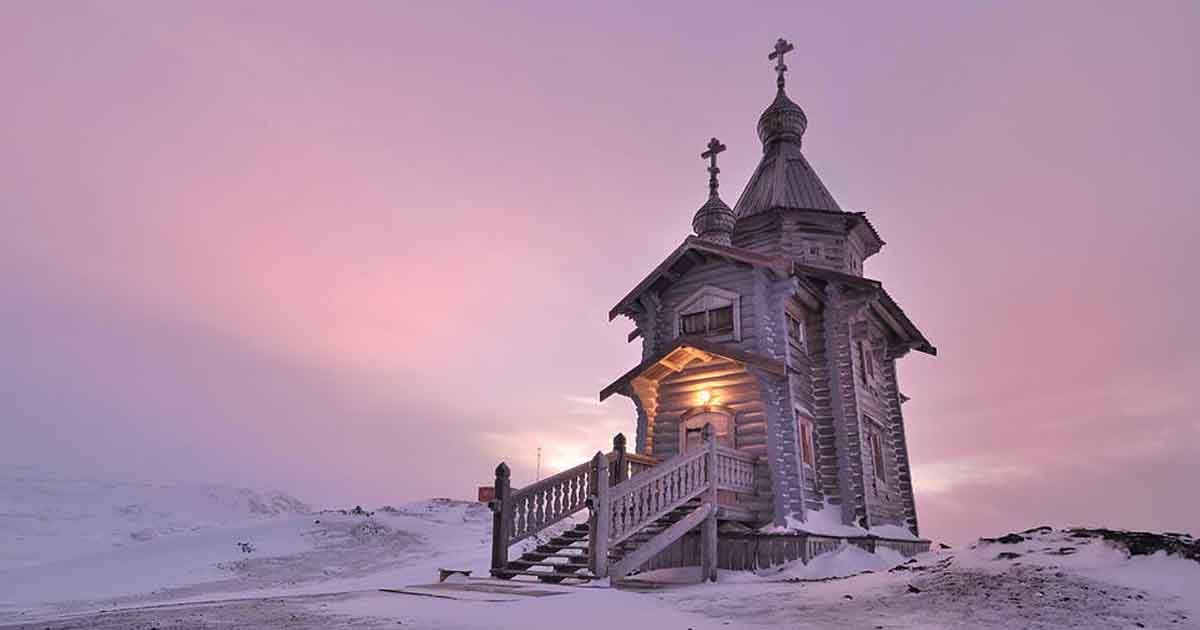 For some people, going to church sounds like a dreaded chore. But perhaps if you knew you're going to one of these breathtaking houses of worship, you'll probably a bit more excited.

The beauty and uniqueness of the architecture of these churches are intended to be admired by all. Check out the photos below and see for yourself: This is The Most Dangerous Walkway Ever Built. It’s Literally Insane.

It’s closed to the public, but it has become a major hot spot for thrill seekers and adrenaline junkies all over the world…

El Caminito del Rey or "The King's Little Path" is regarded as the most dangerous walkway in the world. This old walkway, now fallen into disrepair, is pinned along the steep walls of a narrow gorge in El Chorro, near Álora in the province of Málaga, Spain.

The walkway was built between 1901 and 1905 to provide workers the means to cross between two hydroelectric power plants at Chorro Falls and Gaitanejo Falls. The walkway is closed to the public, but it has become a major hot spot for thrill seekers and adrenaline junkies all over the world in recent years and it’s not because of it’s majestic mountain top views.

Since it opened about 70 years ago, people from all over the world have come to the Spanish pathway that could easily end your life with just one misstep.

This Isn’t Any Ordinary Road. When You See Why? Your Stomach Will Drop.

There are lots of well known perilous roads in the world. And this is one of them…

There are lots of well known perilous roads in the world. And Norway's Atlantic Ocean Road is considered as one of the world's most dangerous roadways. Its treacherous twists and turns, perched just above the Atlantic's unpredictable waters, make a casual drive feel like a roller coaster ride. One of Norway's most popular tourist attractions, the Atlantic Ocean Road gives a very thrilling road trip!

Watch as fearless drivers brave its harrowing hairpin turns (not to mention the stormy splashing ocean). Would you ever drive here? Tell us below in the comments!