You gotta trust me on this – it is completely impossible to watch Ghulam Farooq perform his stunts without squirming. Besides, this 32-year-old professional daredevil from Pakistan does the craziest, most unbelievable acts one can ever imagine.

As in stuff you would definitely be told not to “try at home” or anywhere else, for that matter.

Case in point, this guy lifts bricks using his eyelids… 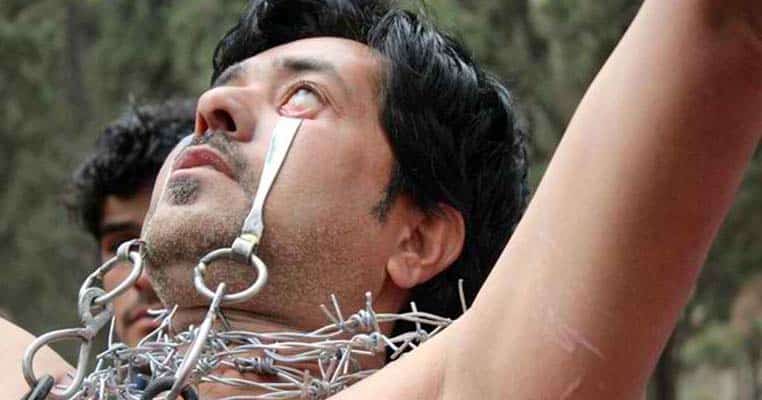 … and he does it while standing on thick nails… 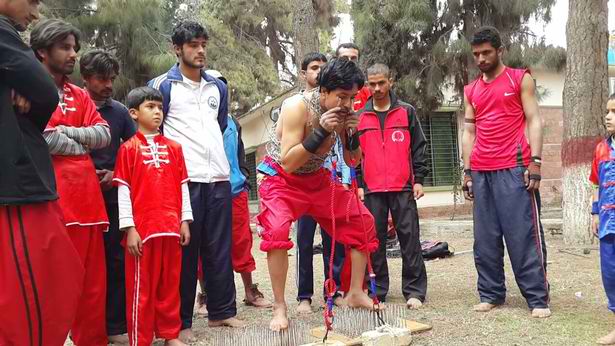 … with barbed wires strapped around his neck and torso, too! 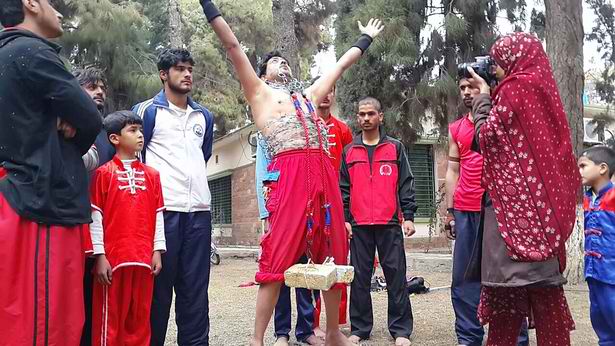 Farooq can also pull a minibus full of passengers using his jaws and even bend an iron using his teeth. 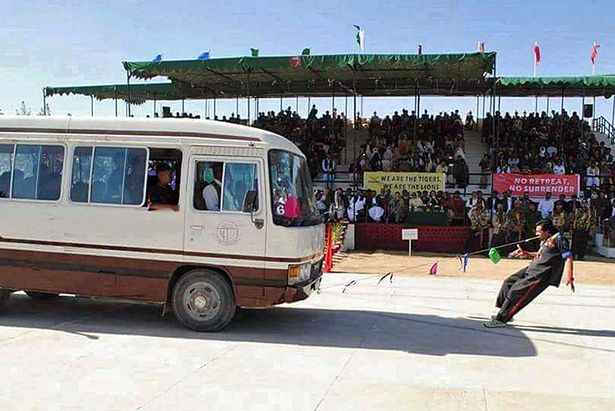 According to him, he has mastered over 50 stunts that are either life-threatening or at least puts his body parts in great risks. Because of his unusual strength and fearlessness, people have dubbed him “Jaws of Iron.”

About a decade ago, he felt inspired to pursue the craft after watching action programs on TV. He was eventually mentored by Ustad Sher Jan Baloch, a veteran stuntman.

The father of four said performing stunts has since been his passion. 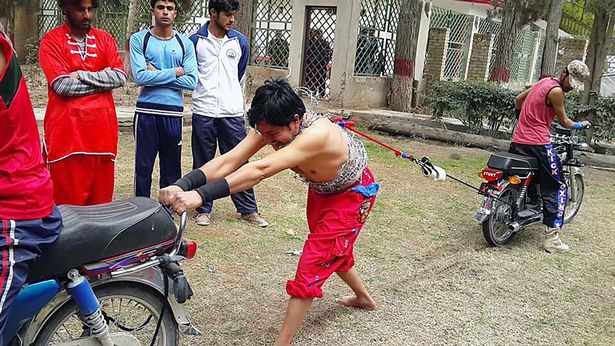 “I love doing stunts and this is the only thing I am good at that is why I made it my profession. It is really a cakewalk for me.”

Farooq believes that through his skills, he can achieve greater popularity. 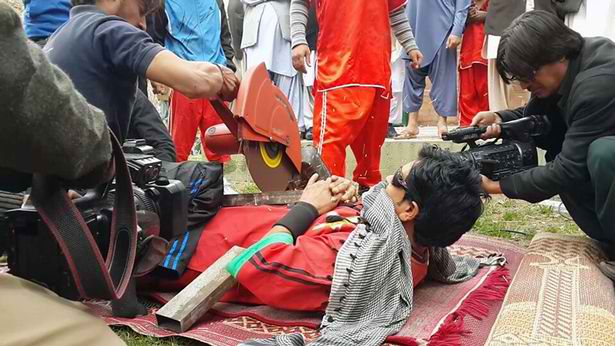 “I can do better stunts than the stuntmen do on TV shows. I am just looking for a platform.

“I am the best stuntman in whole of Pakistan. No one else than me can do these death-defying stunts with ease.

“Be it a truck run over my head or lifting four kilograms of brick with my eyelids, I can perform such stunts without even a scratch.”

Watch this video and see him in action:

As always, viewer discretion is advised and please – PLEASE – do not try these at home!

Currently, Farooq keeps himself busy teaching stunts to interested youngsters through a training program he started. His main goal, however, is to set a world record.

“I have tried most of the deadly stunts by now but my aim is to pull two airplanes with my jaw. I want to create a Guinness Book of World Records.

“That is my dream. It is not always easy but the amount of hard work I do, I am sure I would soon achieve my goal.”