An Australian man who has a penchant for all things paranormal decided to set up a ghost camera in his home. But when he went to review some footage, he was surprised by what he saw. The man forgot to turn off the camera one day and when he checked up on it, the cam recorded some scenes that were too much for him. 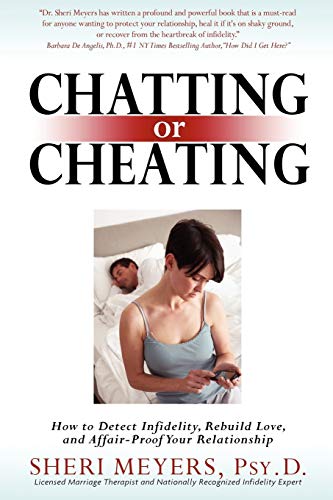 Apparently, the man found out that his girlfriend of 11 years has been having an affair with his 16-year-old son. The 28-year-old woman, who has been the man’s “de facto partner” for the past several years, is technically the teen’s stepmother, since she’s known him when he was just nine years old. A court hearing was held at The Tasmanian Supreme Court and the woman pleaded guilty to sex with a minor. She was sentenced six months in prison.

An Australian court heard that the man and his rigged camera caught his partner having sex with his son.

According to Judge David Porter, the woman, who cannot be named, knew the boy since he was a young boy but had been living with her only in 2012. Prosecutors said that the relationship was only discovered in October last year. The woman went into the stepson’s room and they had discussed his driving lessons. It started with some playful tickling, which then led to kissing and eventually sex.

It was also revealed that the illicit affair started last year.

At first, the woman denied that she had an affair with her partner’s son but later on, she confessed that she had sex with the teen on multiple occasions – at least three, as reported by Telegraph.

Despite having been busted, the woman continued the illicit affair for weeks. However, at the court hearing, she said she thought that the age of consent was 16. In Tasmania, the legal age of consent is 17. The woman admitted she is “ashamed and embarrassed at her conduct.”

The woman pleaded guilty to five counts of sex with a minor.

Reportedly, she is now trying to fix her relationship with her partner, with whom she has a child.

This unique hidden spy camera looks just like a normal bluetooth speaker, it is totally not noticeable while recording. This wireless security camera with clear HD 1080P video and 160 degree wide angle lens will capture every detail that you want to see through the App. And it also has night vision, motion detection and alarm push functions, so that it can help improve the security of your home and you won’t miss anything. Hidden camera is safer and hard to be found and destroyed.

This 5-Port USB Charger conceals a hidden spy camera. You can secretly record real-time video footage while powering up smartphones, tablets, and other devices without anyone noticing. You can use it to capture footage at home, monitoring housekeepers or nannies, watching over children or pets, and safeguard an office or personal area with push notifications.

Aside from its Advanced Motion Detection and Motion Zone Detection features, this mini spy camera boasts a wide-angle lens with high-definition 1080P clear video footage. You can set it up to detect any zone as you need.

This digital clock is the perfect design to conceal a hidden spy camera inside. It’s a perfect addition to your home, it functions as a real clock to tell the time while allowing you to monitor your home in stealth mode.

One of its key features is Wi-Fi Streaming via IOS or Android App. You can connect this device to your home wifi internet network, so you can have a real time view of your house, kids, pets or elderly from anywhere in the world. You can see everything through your phone, tablet or computer.

This powerful camera has Motion Detection, Night Vision, and Alarm Push Surveillance. It has built-in 12 night vision InfraRed, enabling you to see faces and some important details even in a dark room. If Motion Detection is activated, when you’re not around the camera will detect movements and will trigger recording and will send Alarm Notifications to your cell phone.

NIYPS wireless spy camera( thumb sized) is the smallest portable hidden camera with removable mirror and magnet on the market . With 1080P resolutions, 75° wide angle lens, 4 pcs Infrared (IR) led lights. It captures clear and larger visual range images than other mini cameras. Ideal for installing it in places that people won’t notice to help improve the security of homes, offices, stores, and warehouses. You won’t miss anything.

In an exclusive interview with FEMAIL, the London-based assistant manager explained that she only sees the positive sides to an affair. Despite acknowledging that there are people who will never agree with her stance, she insists that there’s nothing wrong with it. Some people even agree that it’s not cheating if your significant other knows and approves.

Woman Confessed ‘Having A Lover Makes Me A Better Wife’

She said it’s a “win-win” for everyone.

It takes a super woman to be a good wife. Yes, being a wife is not easy. It means she needs to be a nanny to take care of the kids every hour, be a chef to cook for the kids and husband every day, be a housekeeper to clean the house the whole day, and be a nymph for her husband every night. Being a good wife could also mean there will never be enough time for herself to unwind, travel, have her moment of solitary, or even do simple things like running to the bathroom to pee.

All wives are not perfect. They can also feel weary, exhausted, emotionally and physically drained, and cranky. And taking care of another person’s mess sometimes brings out the worst in typical good wives, to the point that their relationship with their husbands may suffer.

This is not the case with Savvanah Whitman, not her real name, whose husband, Austin, is quite supportive. Austin even allowed her to have a lover to recharge in case she starts feeling insane from her life as a mother, wife, and a PhD student.

Man Catches Girlfriend Cheating In Bed With Another Man. So He Took Selfies With Them!

What a chill guy!

How would you react if you ever caught your girlfriend cheating? Well, men have different ways of dealing with that.

For instance, some of you may remember Neil Pudsey, a guy we’ve previously featured who planned an elaborate fake proposal with a brutal plot twist. Also, who could forget Nick Lutz, that dude who sent his ex-girlfriend’s apology letter back complete with grammatical corrections and a grade of 61/100? That was hilariously savage as heck!

Now another man is getting a lot of internet love after his epic reaction when he caught his girlfriend sleeping in bed with another man. In fact, BoredPanda and many other websites picked up on his story and it has since went viral.

A Heartbreaking Open Letter To The Person Who Cheated On Me

What would it take for you to give up on a one-sided relationship?

How long could you keep holding on to a relationship knowing that your spouse or partner has already fallen out of love with you? That burning passion that once kept you both yearning for each other’s arms had died—your partner’s at least—and you don’t know how to get it back.

It’s a sad and ugly truth that no person in this world would want to go through, but unfortunately, you are in that miserable situation. And slowly, you feel the love of your life slipping away.

Have you gone complacent? Is there someone else in your beloved’s life? What have you done to deserve the emotional neglect? These questions torture your restless mind. Some are brave enough to ask, and some are just strong enough to let go and walk away. And, yes, there are those who choose to stay, hold on, and keep mum about it. People might call them a martyr, a weakling, or downright stupid. But, can you blame them for loving and hoping that someday, the person they cherish more than their lives will rekindle that love?

Love it… she got what she deserved!

This guy knew his wife was cheating on him, but wasn’t sure how to handle the situation. After a lot of thought and some clever planning, he figured out just the right way for him to confront her and make sure everyone knew that his wife was “rocking someone else” and that she was the one messing up their marriage. Check out the story to see how he handled the situation.

Check out what he did:

So I had a feeling she was cheating as she set off a lot of red flags. Constantly laughing and smiling when texting, saying it was just her mother when I asked. Needing to stay late every night after work. When I’d call in her co-workers said she left hours ago. When I asked her what was going on she’d laugh it off and say it was just something they did to each other at the office all the time.

Cheating Man Finds it Difficult to Choose Between Wife and Mistress

He decided to consult a wise man to find an answer to his problem.

I’ve heard old couples say that there will come a time when your partner will be tempted to cheat on you no matter how great or perfect “you think” your marriage is. It is as if it’s bound to happen, and that men, in particular, couldn’t help it.

There is no such thing as a marriage that never experienced some rough times. Every marriage has its ups and downs. Even in the best of circumstances, there are going to be difficult times. People change. Circumstances change. Emotions change. But is it enough reason to sleep with someone other than your spouse?

Here’s a short story to remind us, not just men but also women, that there’s definitely no acceptable reason to cheat on our partner.

Cheating Wife Asks ‘Should I Tell My Husband Our Two Daughters Are From My Past Affairs?’

“He is a good man but if I tell him, he will leave me, and that will affect my daughters’ lives financially. What should I do?”

Infidelity is always a bad choice and with it comes negative consequences. Some experience the immediate effects right away while others get to escape it – until their conscience could no longer bear it.

Case in point, one married woman who had multiple affairs many years ago is now asking the internet how to tell her husband about it, specifically about the fact that their two teenage daughters aren’t actually his.

Should I tell my husband that our children aren’t biologically his?