Drones are all the rage these days. It’s become one of the favorite hobbies of many because it’s actually fun to fly those things around. They kind of give you a shot at fulfilling your childhood fantasies of being a pilot.

On top of that, drones can be perfect for taking fantastic photos and videos as well. Other times, they may even be used to do good deeds – such as delivering burgers for the homeless, for example.

We’re not even aware of his real name but this inventor is only known as gasturbine101 over at YouTube and man, he did create something really awesome – a giant drone that can carry a man onboard.

Yes, you read that right. You can use this thing to fly around, sci-fi style.

“The Swarm” is a gigantic man-controlled propeller made of 54 drones. 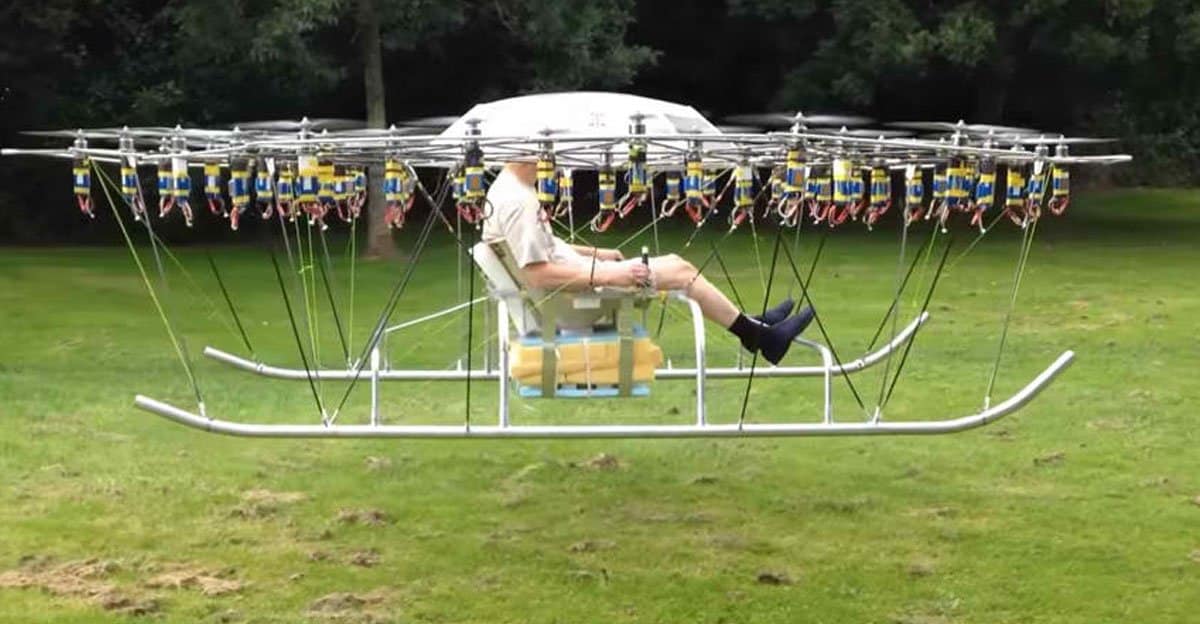 Frankly, it looks a tad bit like a homemade helicopter.

The Swarm Manned Aerial Vehicle Multirotor Super Drone weighs just around 326 lbs and so it’s not too heavy to begin with. The downside here though is that it can only run for up to 10 minutes and can only reach 15 feet as its maximum height.

Still, it’s a terrific thing to see the flying machine in action. It’s impressive to say the least!

I’m hoping this would spark the interest of other inventors and developers. If they catch on and create personal drone carriers in the future, I’m totally getting one! 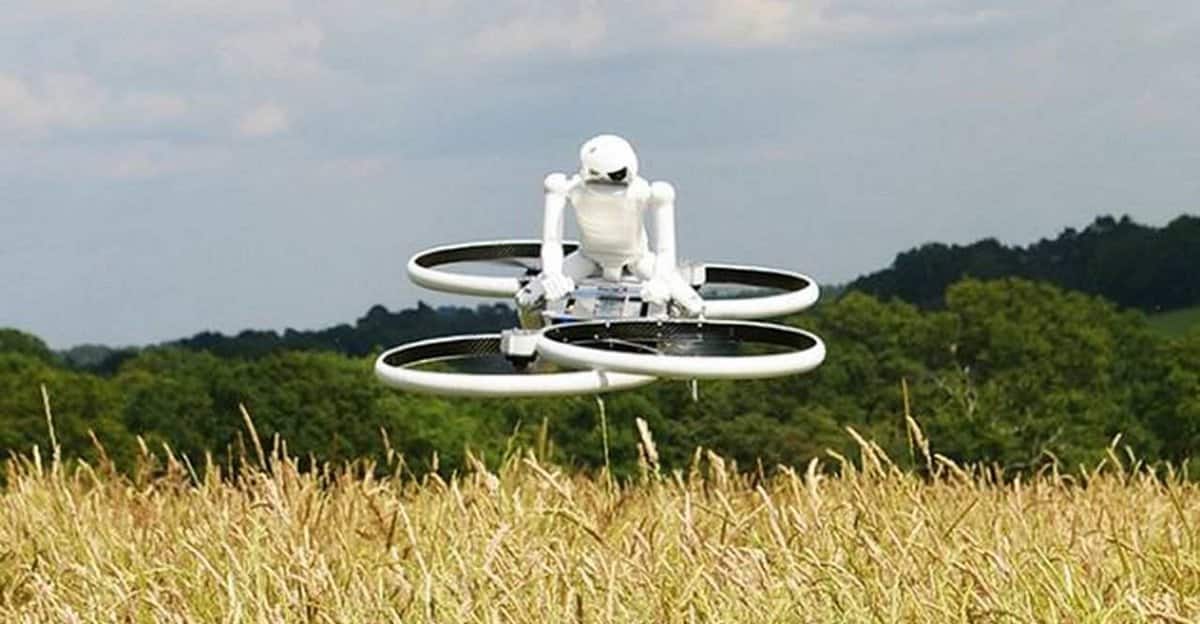