Are you a huge fan of Star Wars? Do you remember Darth Vader or Anakin Skywalker, C-3PO, Queen Amidala and the rest of the fictional characters from the movie? If you do then you couldn’t miss the speeder bike also known as “hover bike” appearing in Star Wars VI-Return of the Jedi and other episodes.

A speeder bike is an open-air repulsorlift vehicle usually carrying one or two passengers. It emphasized speed and maneuverability over conventional speeders. Meanwhile, the real life hover bike is designed to do what a helicopter does yet costs less and do so better.

I’m sure all Star Wars fans and bike geeks out there couldn’t wait for such innovative and futuristic invention. Good news is that the hover bike is nearing its reality and we never know, sooner or later we can ride and fly one someday. 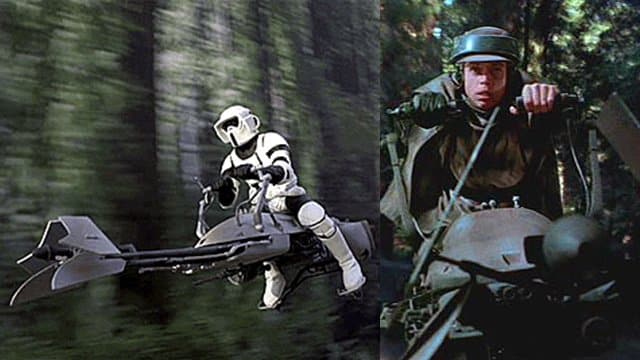 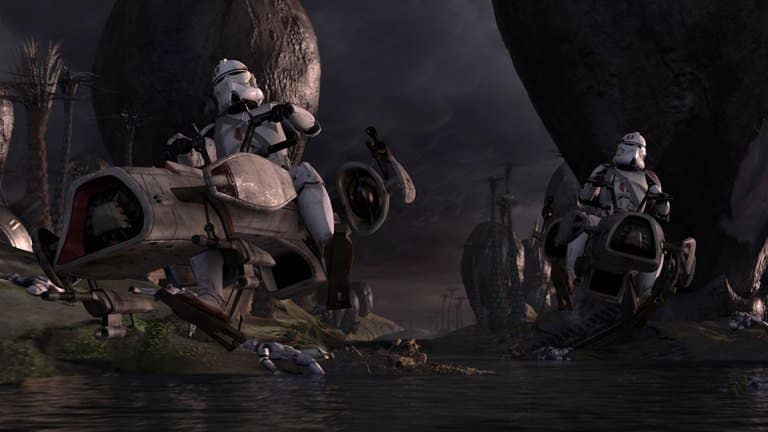 Kickstarter has been helping Malloy Aeronautics (MA), a UK based engineering company. 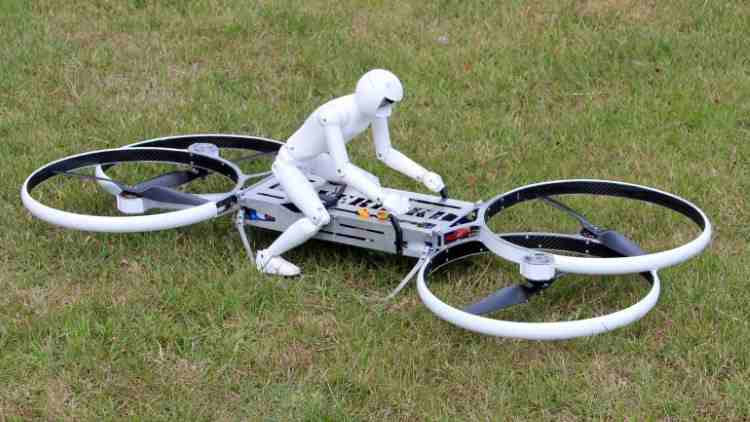 This is the Hoverbike drone, a 1/3 scale model of the full size flying motorcycle prototype. 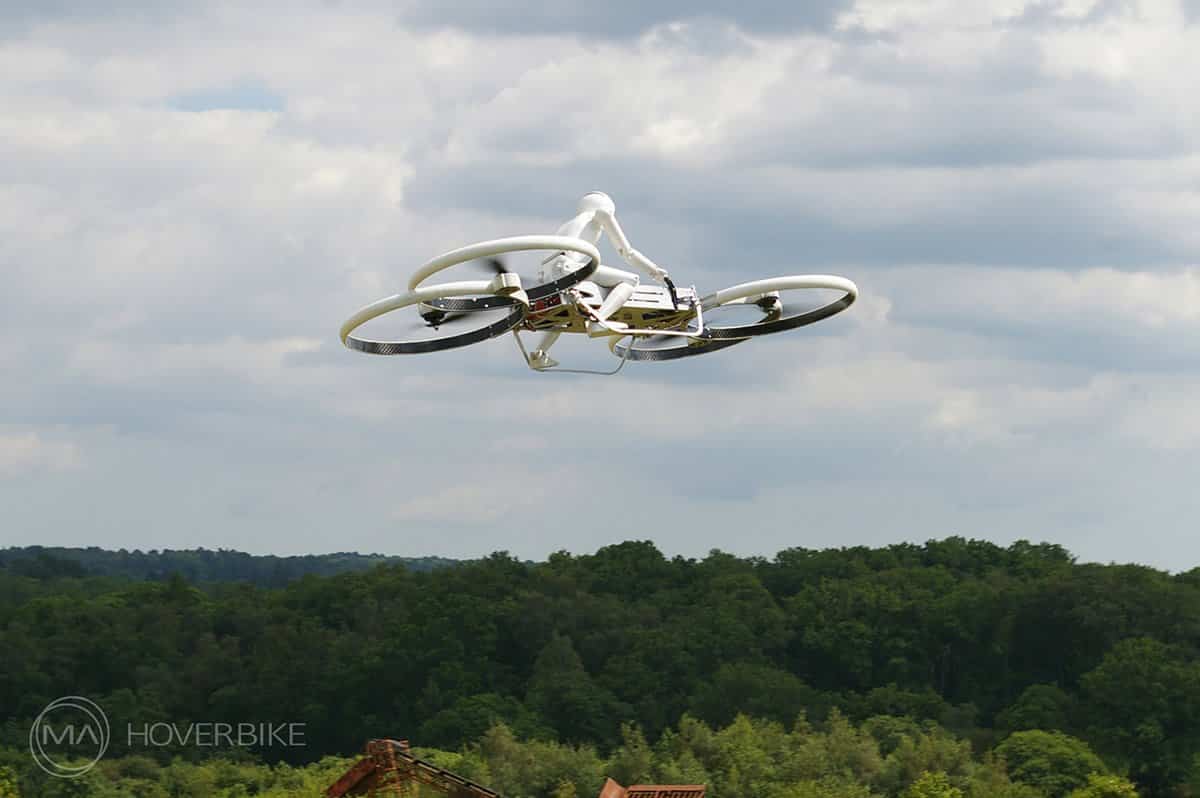 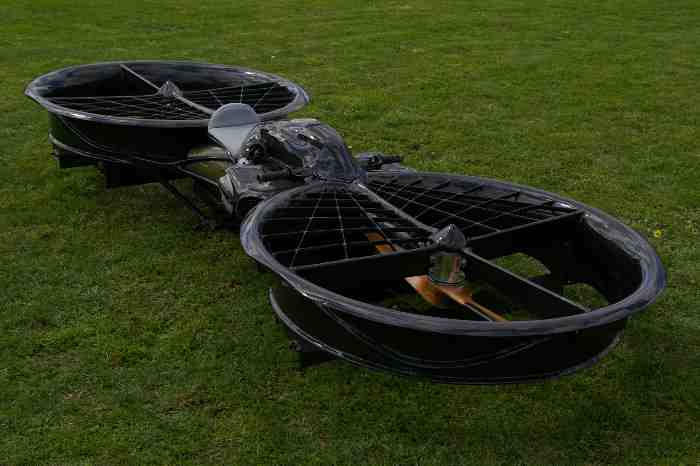 With a maximum takeoff weight of 270kg, the Hoverbike is projected to reach an airspeed of 150 knots (278 km/h) and travel 148km on a primary tank of fuel at 80knts cruise (290km with secondary tanks installed).

Looks like the speeders from Star Wars doesn’t it? This will certainly take you to the future! 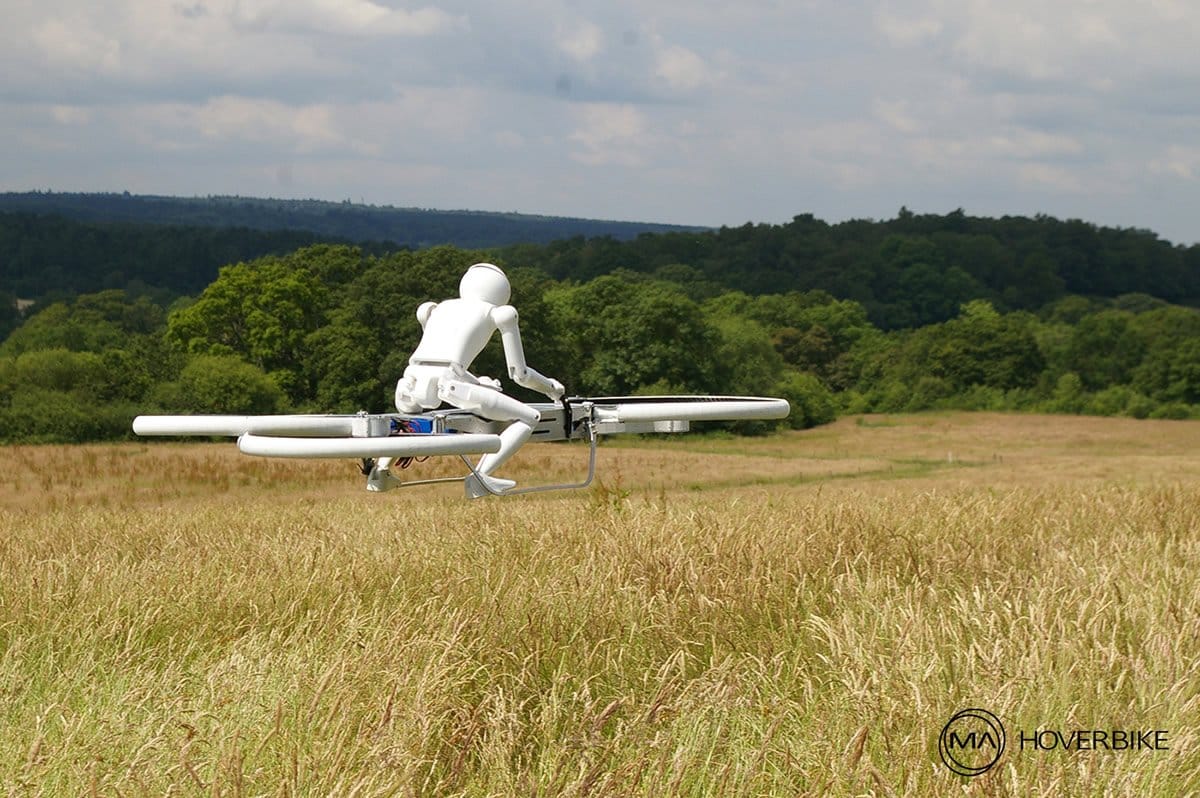 For now, a 1/3rd size prototype was developed to be used as a drone for their research, testing and improving it before making a full size version. They want to make sure that the full scale hover bike is safe and air worthy for the public to ride.

The prototype of the full size quad rotor flying motorcycle is now under construction. 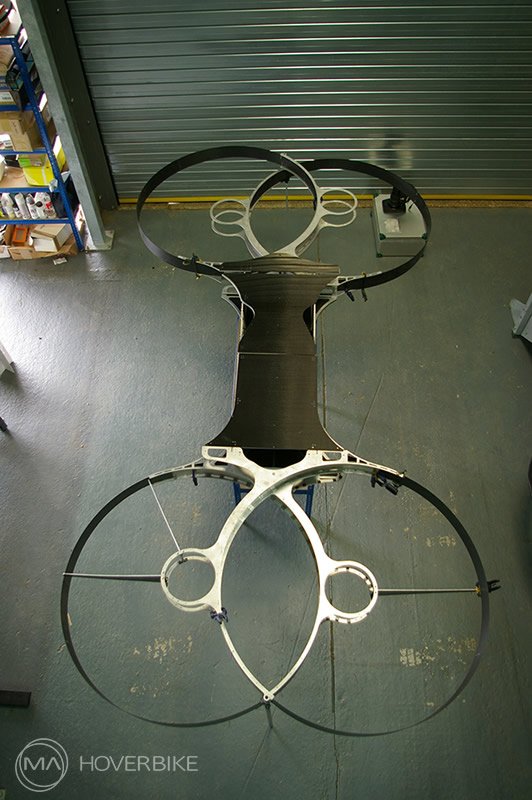 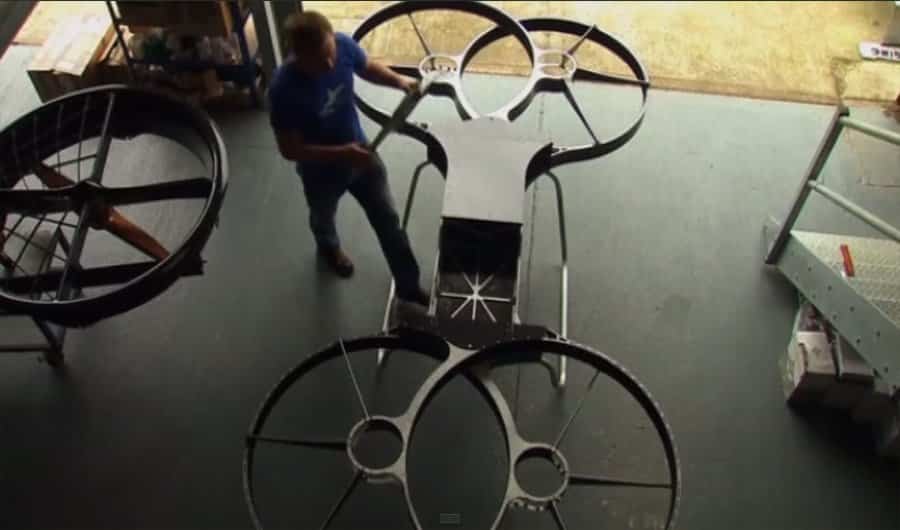 That would be way too awesome for a ride. With the technology that we have right now, new and greater possibilities are waiting to happen just like this. That being said, the real life hover bike is set to take-off in 2017 so watch out for it.

This project was successfully funded on September 1. For more information visit the website of Malloy Aeronautics or check out their Kickstarter page.