The world is full of weird, wild, and wonderful things that we can’t even begin to imagine. With plants alone, nature has already presented us with specimens that are both baffling and awesome. There are also those that would definitely freak us out or even send us running  for cover — such as these 13 plants.

Some of these plants are simply scary because of how they look. However, there are also those that have truly frightening qualities. 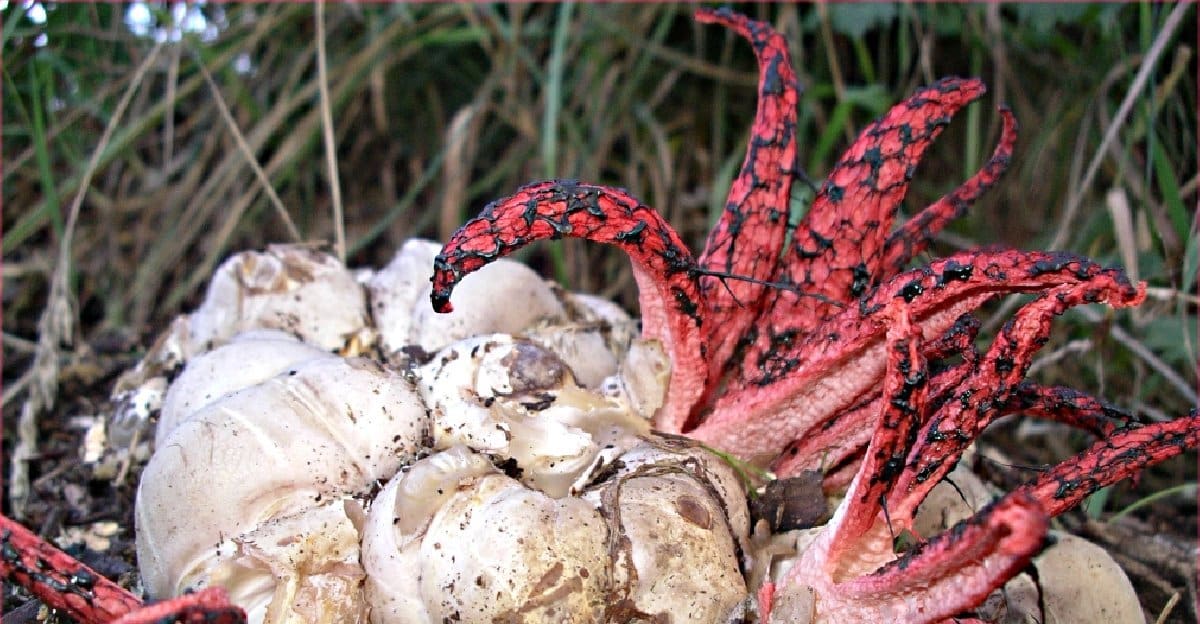 The Octopus Stinkhorn is a fungus which grows near wood debris. It looks like bloody mutant octopus. It usually only has four to eight “tentacles” — although some may have more. Its “tentacles” have a pinkish-red interior with a sticky, dark-colored substance called gleba, which contains spores. Although it’s now found in other parts of the world, its origins are traced to Australia. It also goes by the nickname, “Devil’s Fingers.” By the way, it smells like rotting flesh. 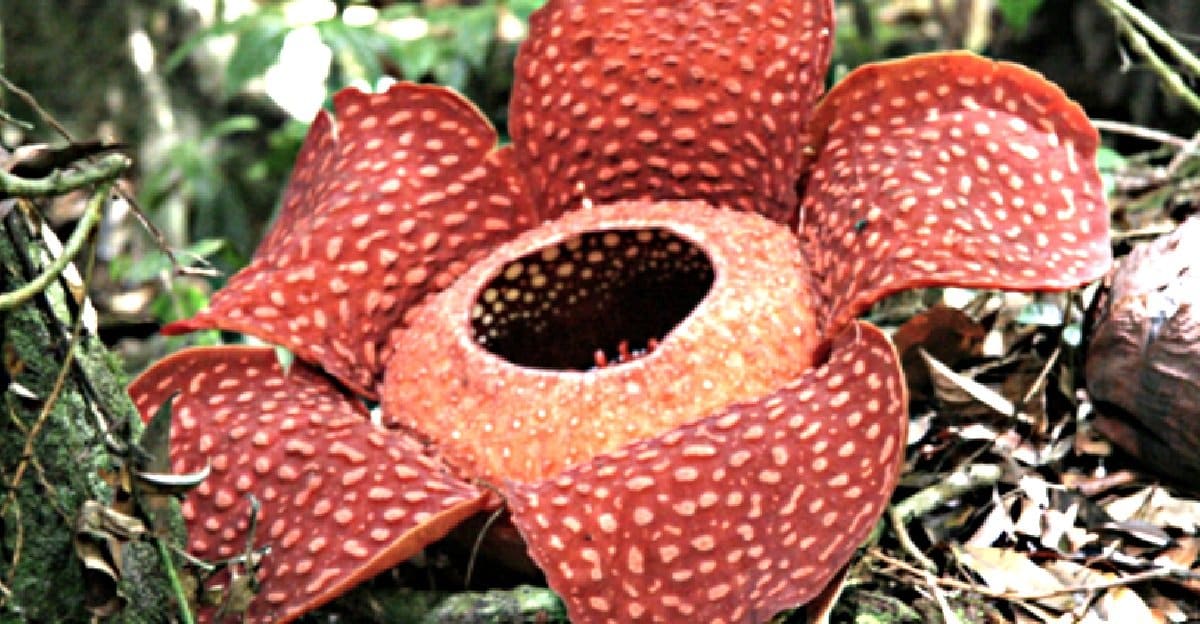 The Rafflesia is leafless and rootless parasitic flower that boasts of the largest blooms. It feeds off other plants. It usually grows to a diameter of three feet and could weigh as much as 24 pounds. It’s usually found in forests in southeast Asia. It looks like an alien life form just waiting to swallow up small animals. Its stinky smell attracts carrion flies. 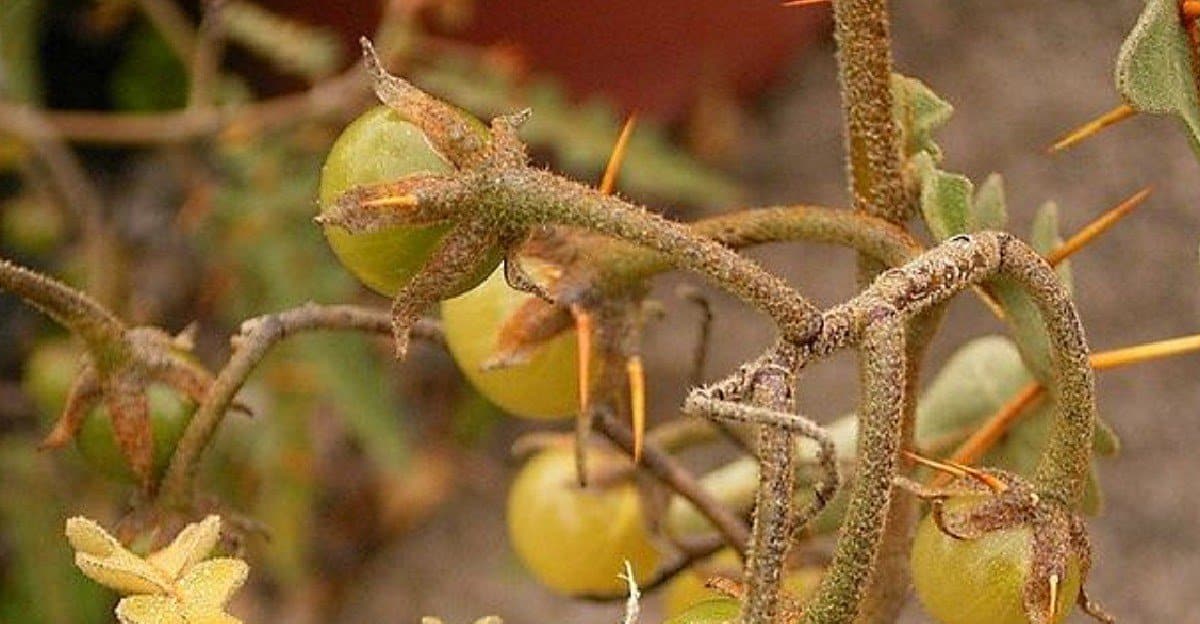 The Porcupine Tomato looks like it could hurt people…and it could. Native to Madagascar and the islands of the western Indian Ocean, it’s a poisonous plant that’s adorned with thorns. 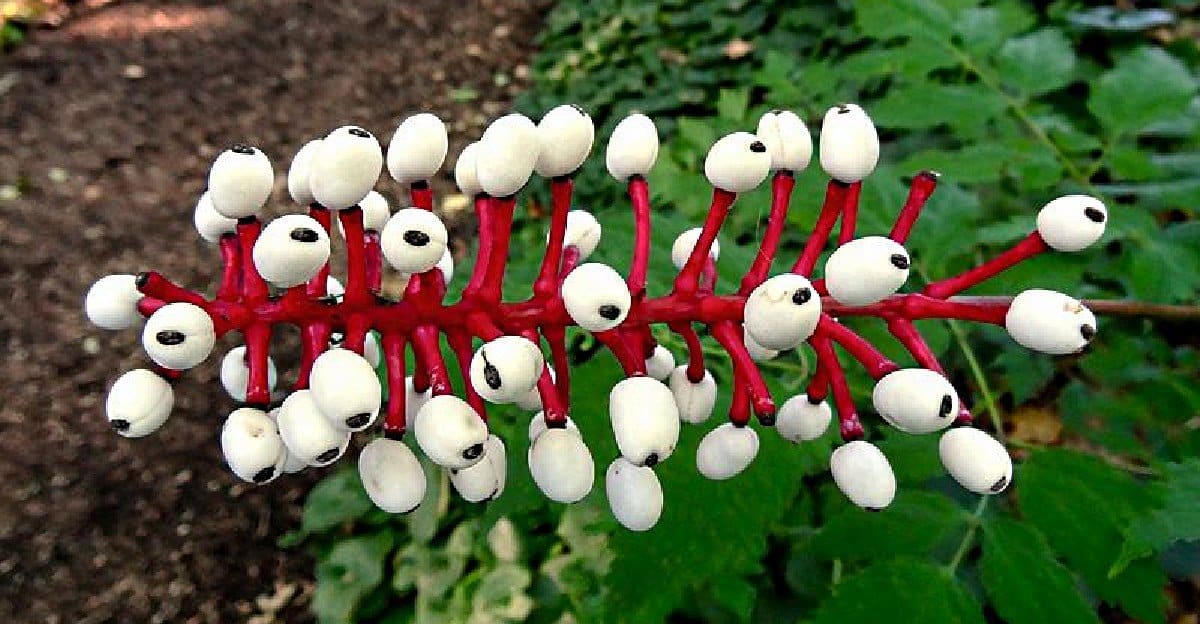 The Doll’s Eyes clearly refer to the berries of this plant, which is indigenous to North America. The berries and all the other parts of the plant are poisonous to humans. They have been known to cause gastrointestinal inflammation or, worse, cardiac arrest. 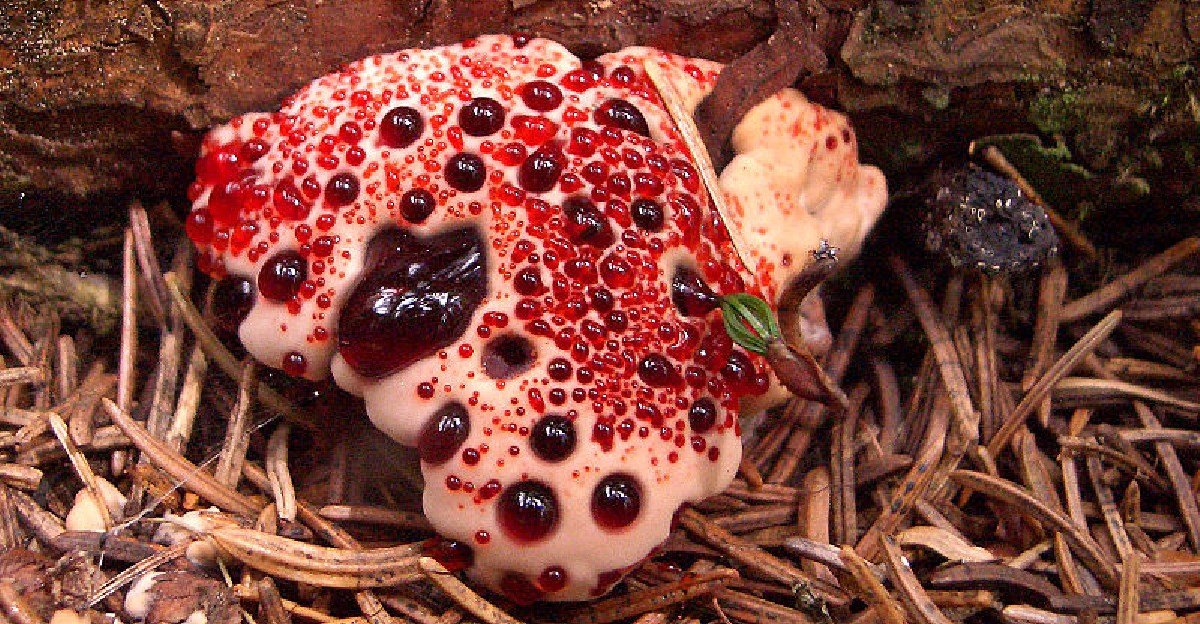 The Bleeding Tooth Fungus lives up to its name, as it looks like a bunch of bloody teeth. The “teeth” are actually just there to produce the red spores, which give the fungus its interesting look. It’s common in the forests of North America and Europe. It’s not poisonous but it’s known to be extremely bitter. 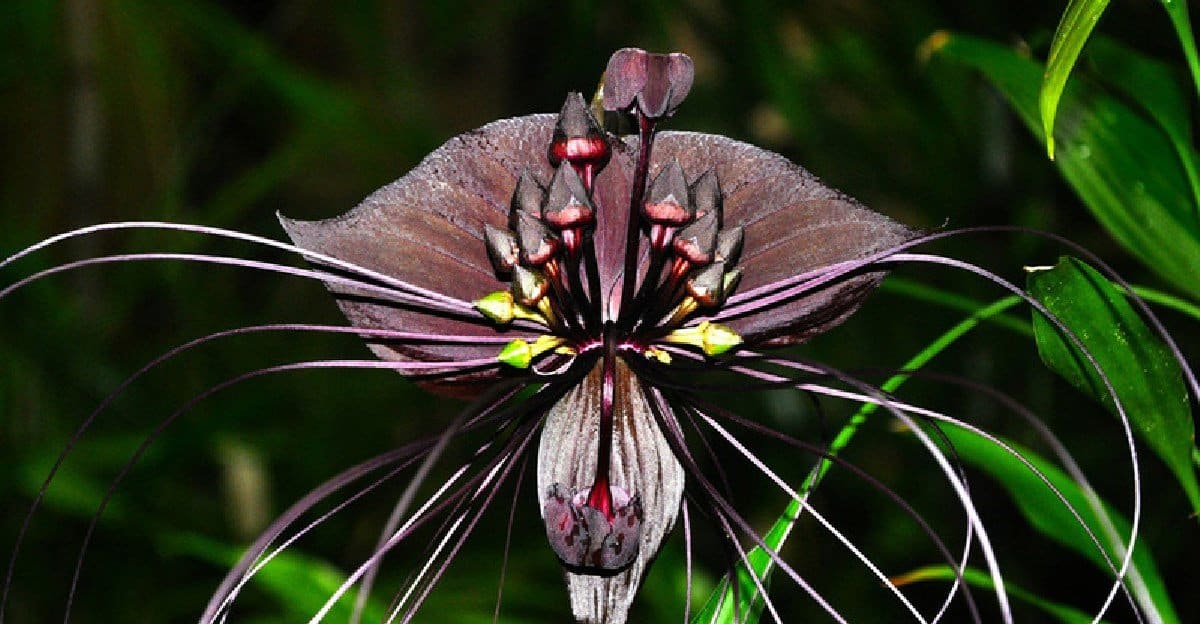 The Black Bat Flower lives up to its name. It can grow up to a foot in diameter and its “whiskers” can grow up to 28 inches. They’re common in Asia. They also look like they can come alive and attack people. 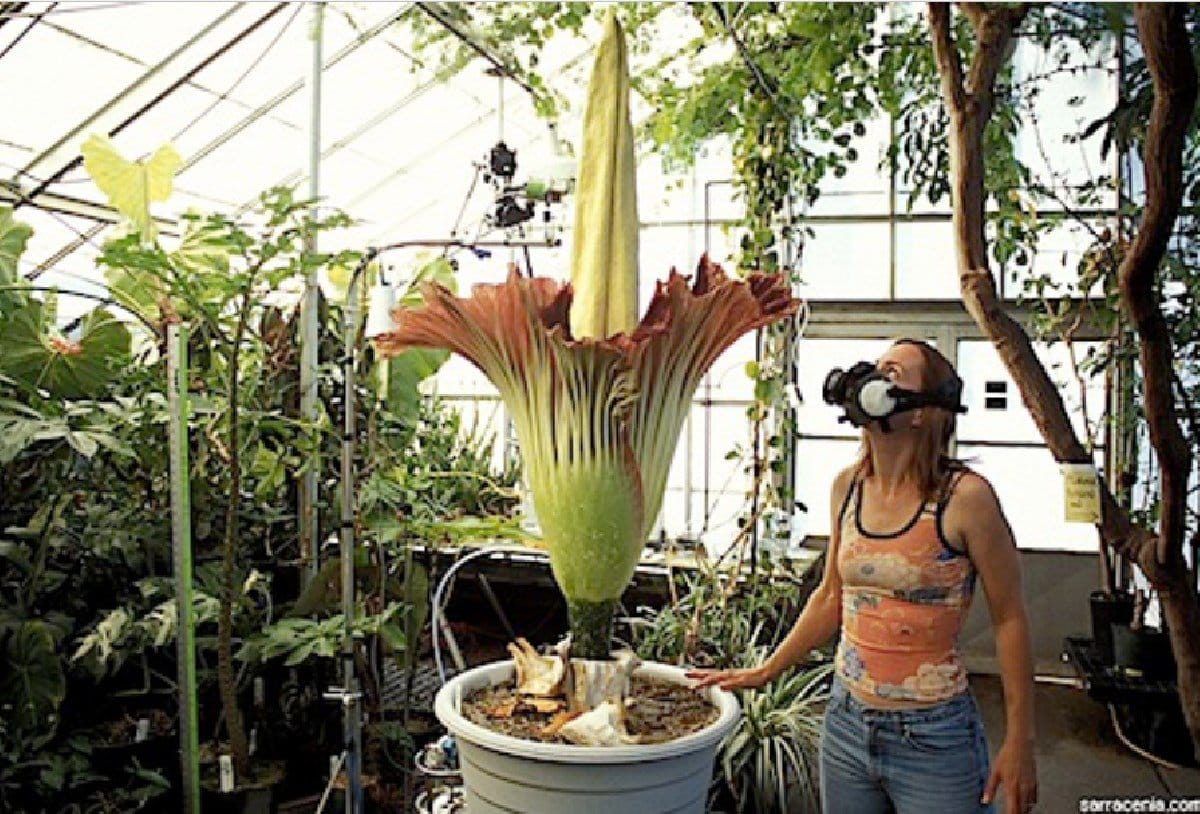 The Corpse Flower is a fearsome-looking plant that is endemic to the Indonesian island of Sumatra. It can grow to 10 to 15 feet. Its flower is actually a stalk with multiple male and female flowers. It rarely blooms (an average once in seven years) — but when it does it emits a smell akin to a (What else?) dead body. 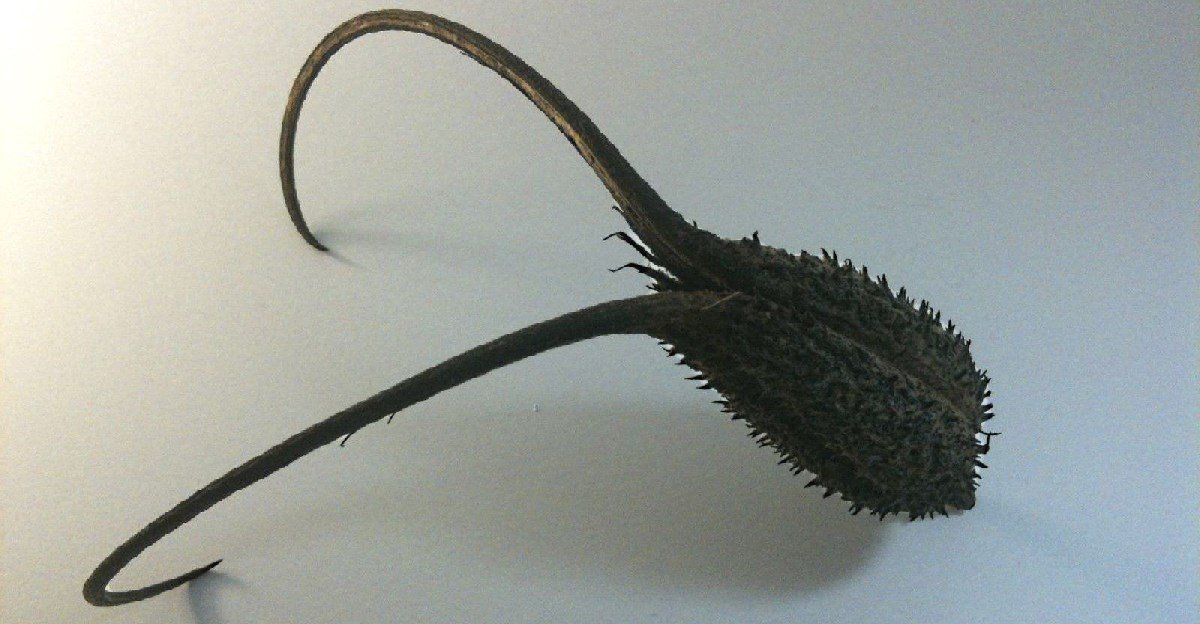 The Devil’s Claw is native to Africa. Amazingly enough, it’s considered a medicinal plant that has anti-inflammatory properties. Then again, it has adverse side effects that include diarrhea. The plant gets its name from the “hooks” covering its fruits. 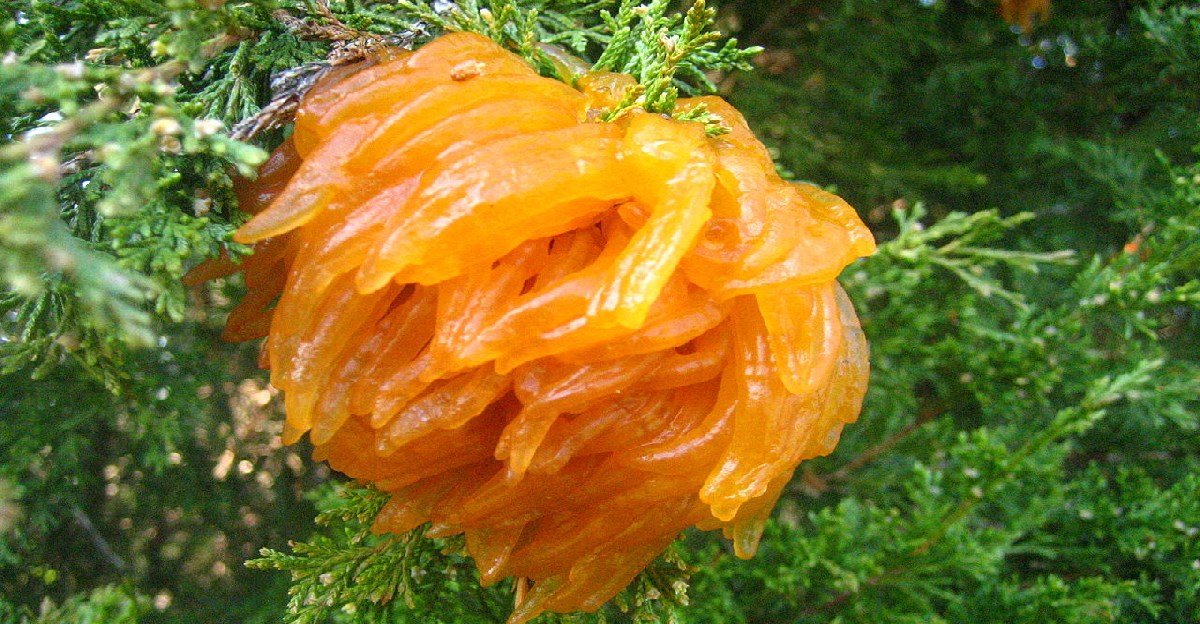 The Cedar Apple Rust Fungus targets apples, they latch on to them and basically disfigure them. One look at the fungus already give you a clue of what sort of damage it can do to a fruit. It’s common in the US. 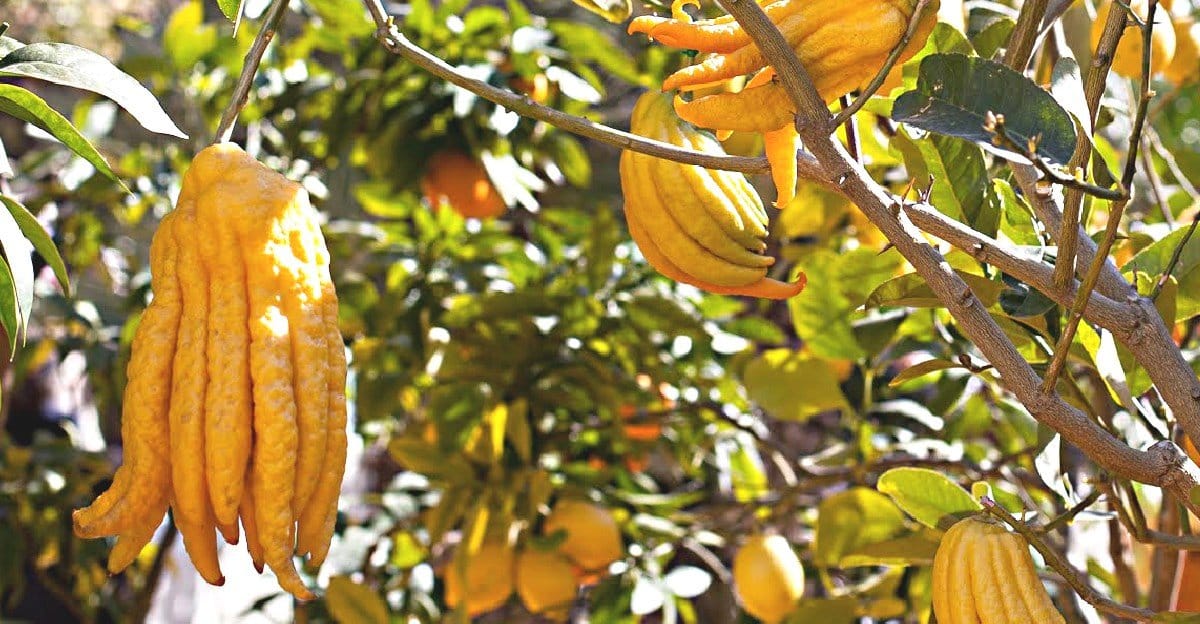 The Buddha’s Hand is actually the fruit of a citron plant. It’s usually used as a religious offering in Buddhist temples. To this we say: Really? Buddha’s hand looked like an alien’s? 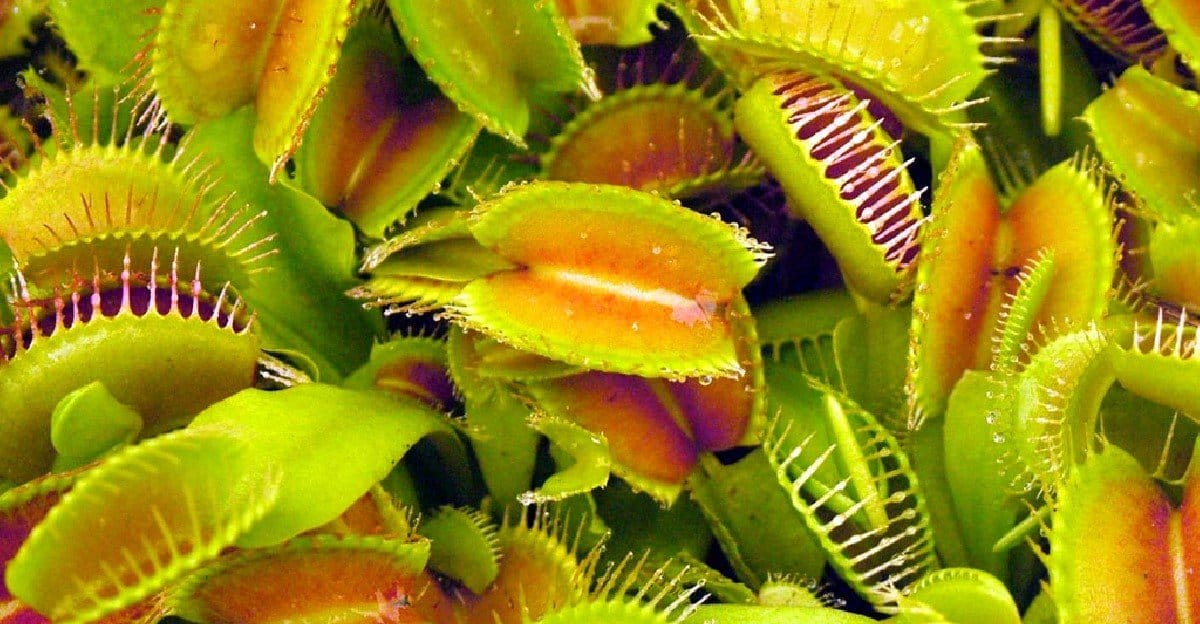 The Venus Flytrap looks like it’s made up of several tiny aliens with teeth. This carnivorous plant is indigenous to the U.S. — specifically the swamp lands of North and South Carolina. As Botany.org explained: “The leaves of Venus Flytrap open wide and on them are short, stiff hairs called trigger or sensitive hairs. When anything touches these hairs enough to bend them, the two lobes of the leaves snap shut trapping whatever is inside. The trap will shut in less than a second.” The carnivorous plant prefers to consume live insects. If you place a dead insect inside any of its “mouths,” then it won’t shut unless you move around the dead insect to mimic a live one. 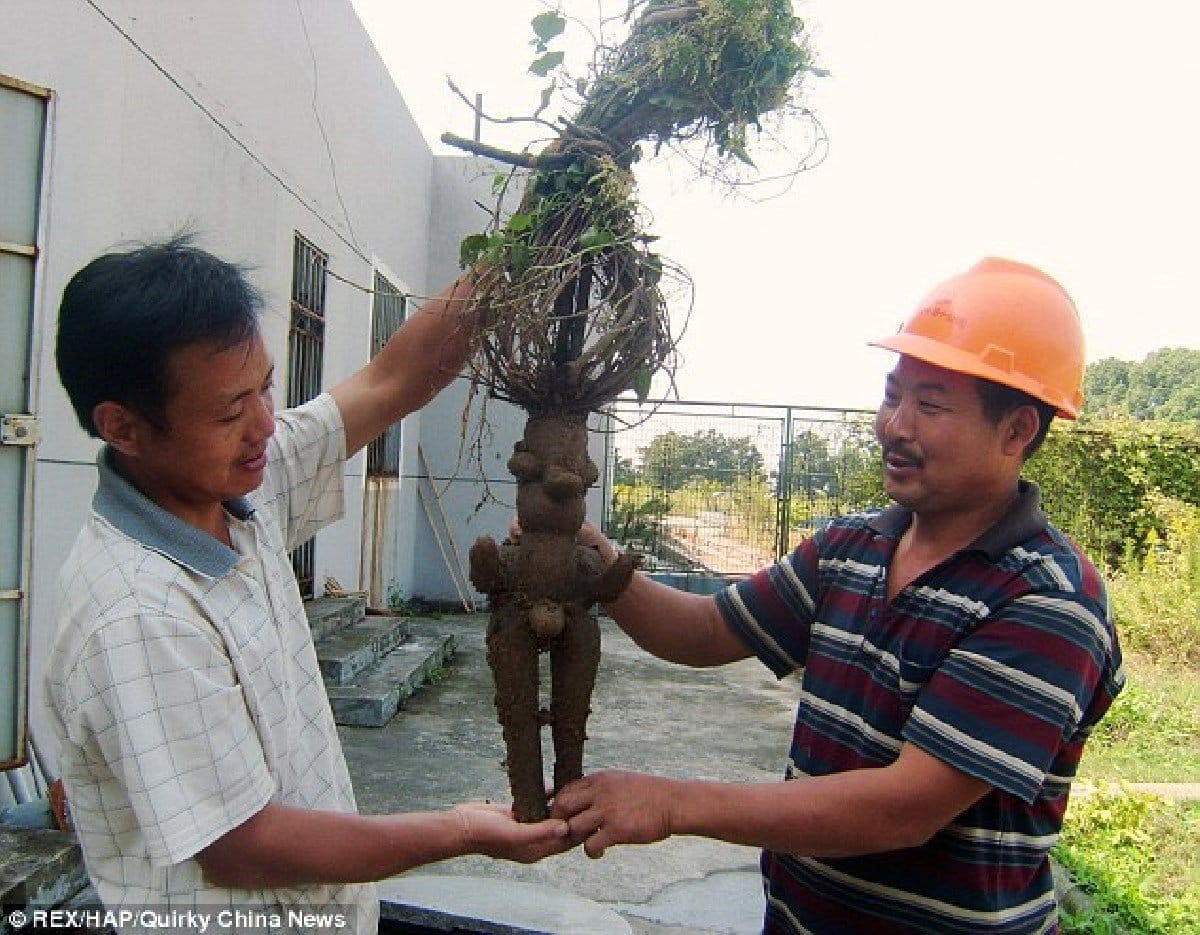 The roots of the Chinese Fleeceflower look like tiny, oddly-shaped humans. They are used in herbal medicine. They remind us of the Mandrake in Harry Potter and the Chamber of Secrets. 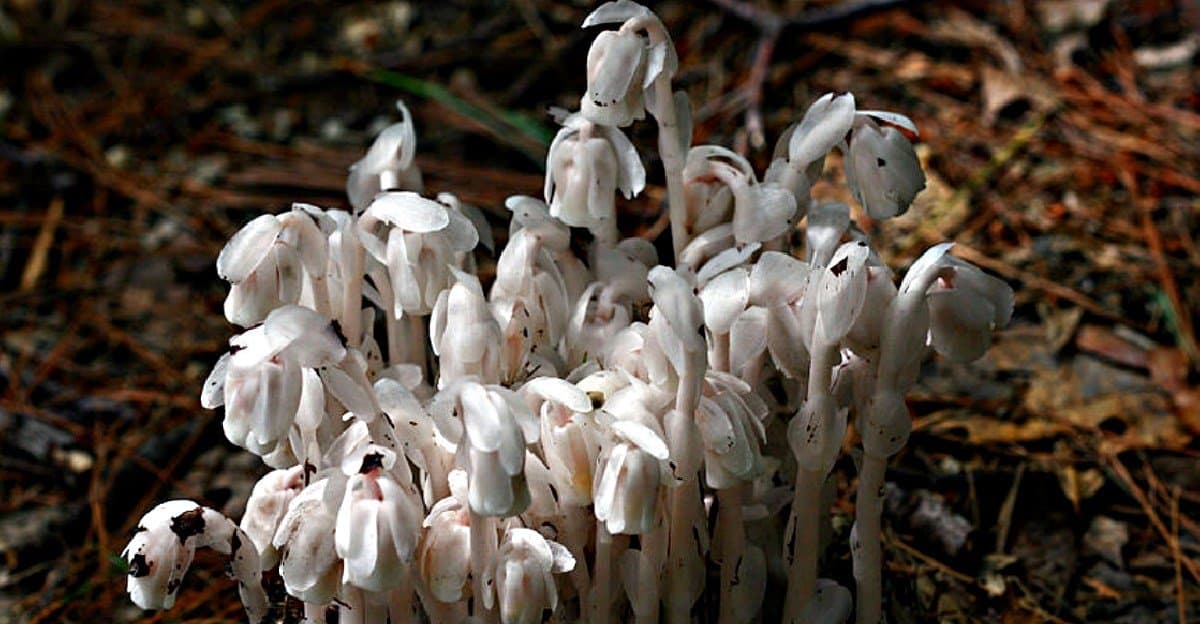 The Ghost Plant looks like a normal plant whose color got drained after a ghost touched it. It’s a parasitic plant that can be found in parts of Russia, as well as North and South America.