When we think of zombies, images of the undead immediately pop up on our minds – like those ones from Walking Dead and Game of Thrones! We rarely think of animals or even insects, for that matter, but that’s exactly what we get in the photo below.

The said photo, taken in a Singaporean forest, has immediately went viral on social media because it’s “really freaky”, according to several netizens. It shows us the image of a ‘zombie’ fly head after it’s been infected with a lethal parasitic fungus.

Fungal stalks are bursting from this dead fly and its creeping people out. 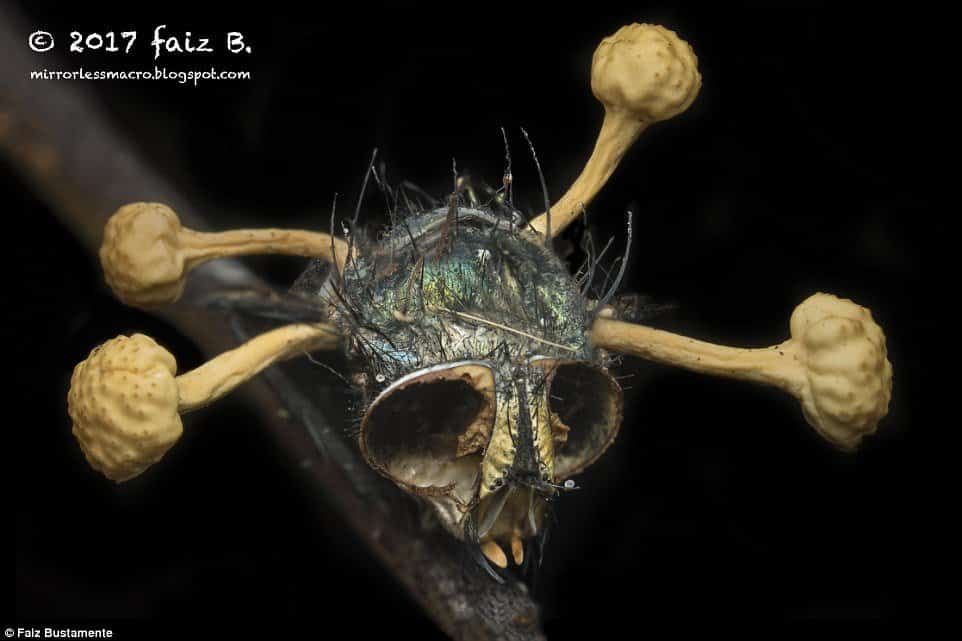 According to photographer Faiz Bustamente, the Cordyceps parasite may have infected the fly before it died. The parasite “takes over its victims’ bodies like a horror movie zombie virus,” wrote the Daily Mail.

He further shared that he regularly visits forests in Singapore to take wildlife pictures and he utilizes mirrorless macro cameras to get the job done. This photo is one of the many he has taken in the country.

Cordyceps fungus takes over the bodies of their victims, pretty much like a zombie virus. 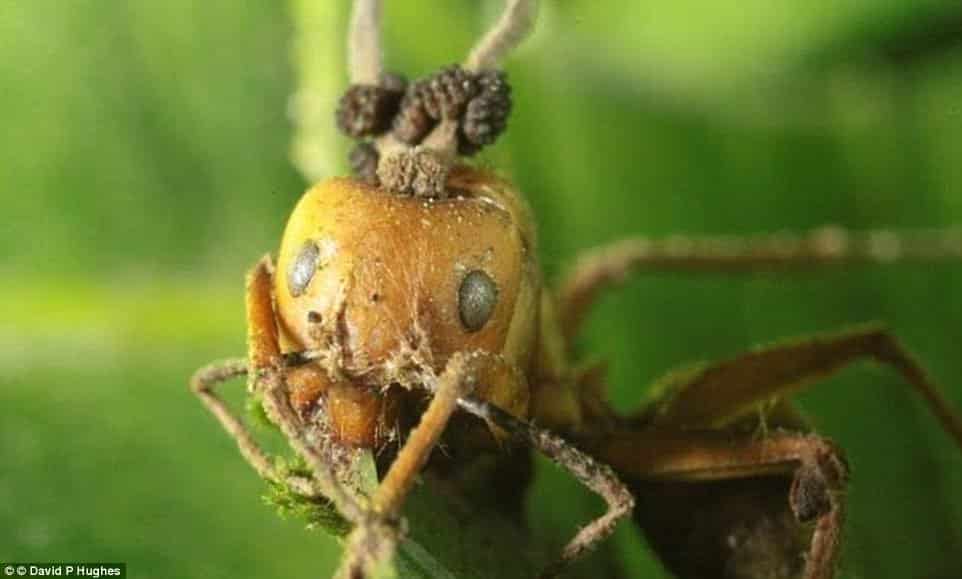 Meanwhile, experts initially believed that Cordyceps infected the brains but further research has shown that it actually attacks the muscles. Its behavior has since been described by researchers as “like a puppeteer pulling the strings to make a marionette move.”

Several researches have likewise pointed out that the zombie parasite controls the behavior of infected carpenter ant workers. 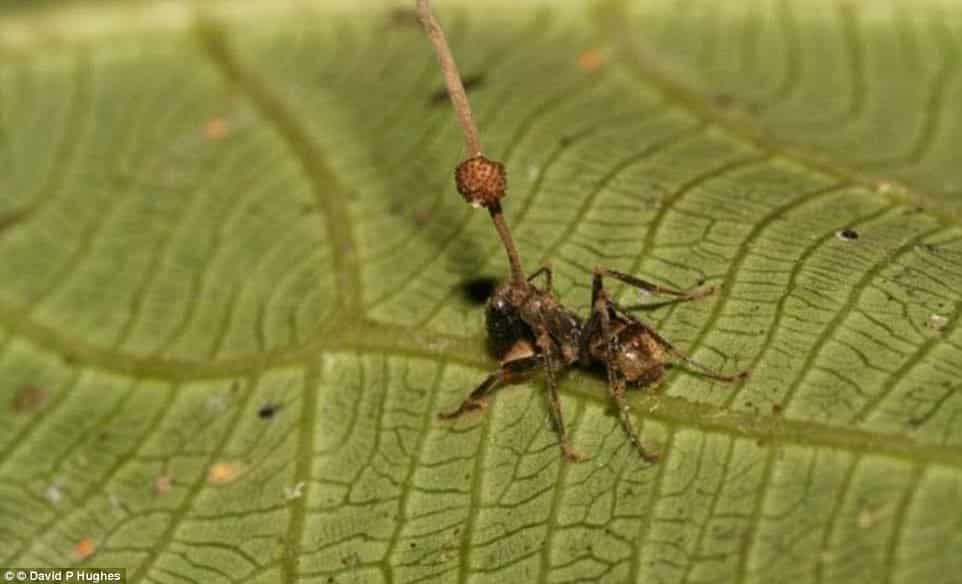 Moreover, a recent research done by the Penn State University has further discovered that the parasite spreads throughout infected ants from its head and thorax, to the abdomen and legs.

“We found that a high percentage of the cells in a host were fungal cells.

“In essence, these manipulated animals were a fungus in ants’ clothing.”

Watch this video and learn more: