Manny Pacquiao is Filipino and he has shown that he can hold his own when faced with opponents bigger than him. Unfortunately, not all Pinoys are like Manny and most of the time, they face a disadvantage when dealing with taller foreign fighters. Height is might and the man with the longer reach has bigger chances of winning.

Now this Pinoy dude obviously knows that but it didn’t stop him from squaring off with an obviously taller American guy.

Throughout the fight, the Filipino man did his best to inflict damage on his bigger opponent. 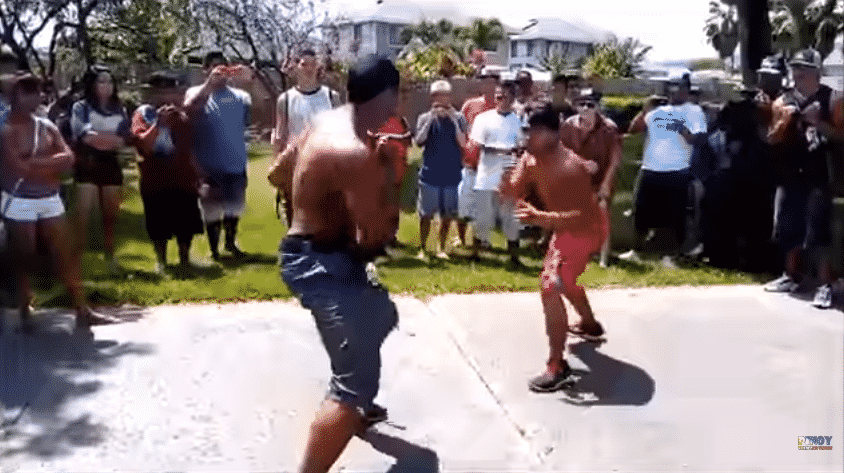 Well, if you like seeing brutal street fight knockouts, this is a video you would definitely want to see.

There’s a lot of kicking, punching, and ducking. It’s obvious that the American guy has the advantage with his wider built and longer arms and legs. You will get to see how effective counter-punching can win you a fight.

Check out the video to see how it all went down:

To the Pinoy guy’s credit, he did manage to land some clean punches on the other dude, who, in turn could have used his longer legs more to his advantage. Both guys deserve a big kudos though; it’s not easy to fight in the street wearing rubber shoes on concrete and baking in the midday sun.