A lot of women grew up dreaming to be swept off their feet by Prince Charming one day and to live happily ever after. That childhood dream came true for Courtney when her very own Prince Charming, Chris asked for her hand in a surprise magical setup in Disneyland.

The two met at a college Halloween party. Marking that significant event of their meeting, Chris decided to pop the question during the 4th anniversary of when they met. He had it planned deftly. He asked Courtney that they should come to Disneyland dressed as Cinderella and Prince Charming for Halloween. Courtney agreed, thinking it was just another Halloween costume party they will go to. And also because Cinderella has always been her favorite princess.

When they got near the castle, Chris told Courtney to close her eyes and make a wish. When she opened them, there was a real glass slipper on a purple pillow brought by Chris’s brother dressed as a Royal Servant. He announced, “I’m here to present Cinderella with her glass slipper”

They finally found Cinderella! Will the shoe fit? 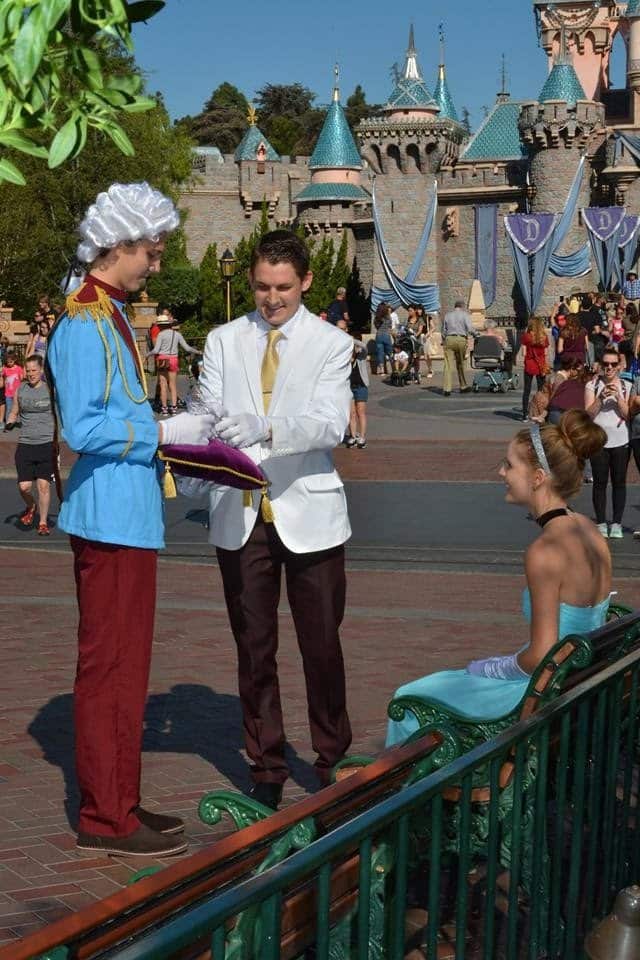 And the glass slipper fits perfectly! 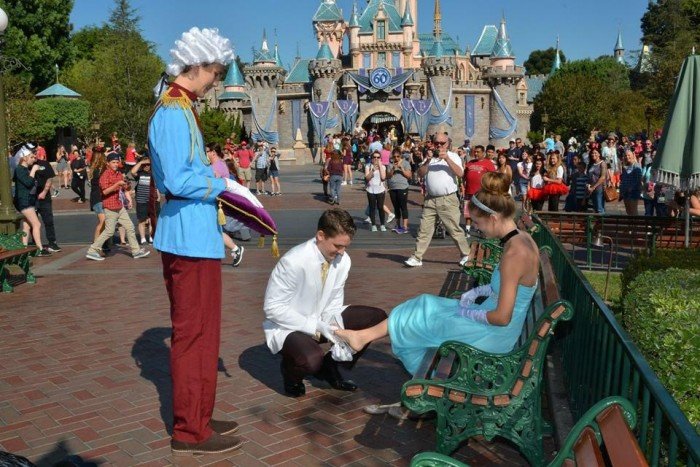 Chris greeted Courtney with “Happy Anniversary babe” and Courtney thought that was all the plan was about. But Chris’s surprise did not end there. He asked his brother to turn over the pillow, went down on one knee and asked,

Courtney Cakes I love you so very much. You are the love of my life and I want to spend the rest of my life with you. Will you marry me?”

Prince Charming proposing to his Cinderella 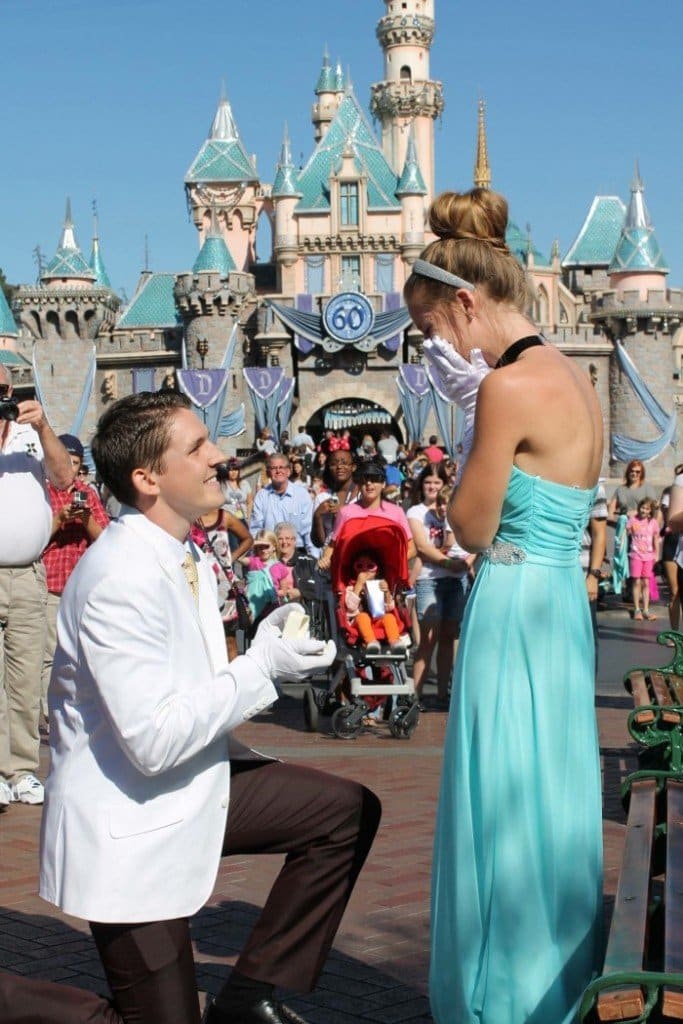 And of course Cinderella said a magical YES!

Cinderella received not only her glass slipper, but an engagement ring too! 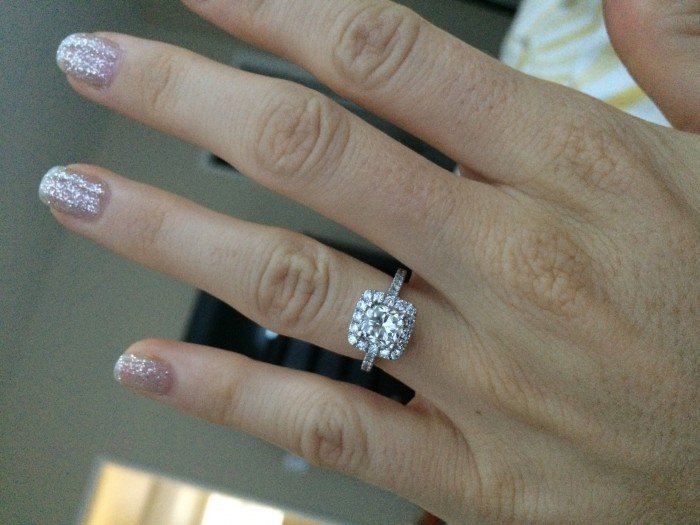 Congratulations to the lovely couple and to the start of their journey towards their happy ever after!