Off the coast of northwestern Africa, down below the clear azure waters of Lanzarote in the Canary Islands, a haunting exhibit trains its blind eyes under the depths.

Divers and curious tourists who venture below the water are stunned at the sinister and otherworldly figures that are walking, standing, sitting, and lying down on the ocean floor of the volcanic archipelago.

The grey-skinned models give off an eerie presence…

They are the drowned figures of Museo Atlantico, Europe’s first underwater museum. 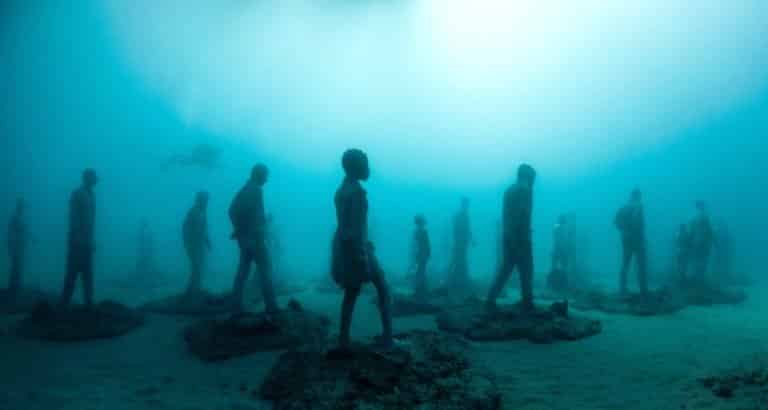 The unique installation is the work of celebrated British sculptor, Jason deCaires Taylor, who is known for creating underwater sculptures that double as artificial reefs. His work was conceived in 2009 to draw some of the 750,000 annual visitors away from the area’s natural reefs towards the featureless seabed. 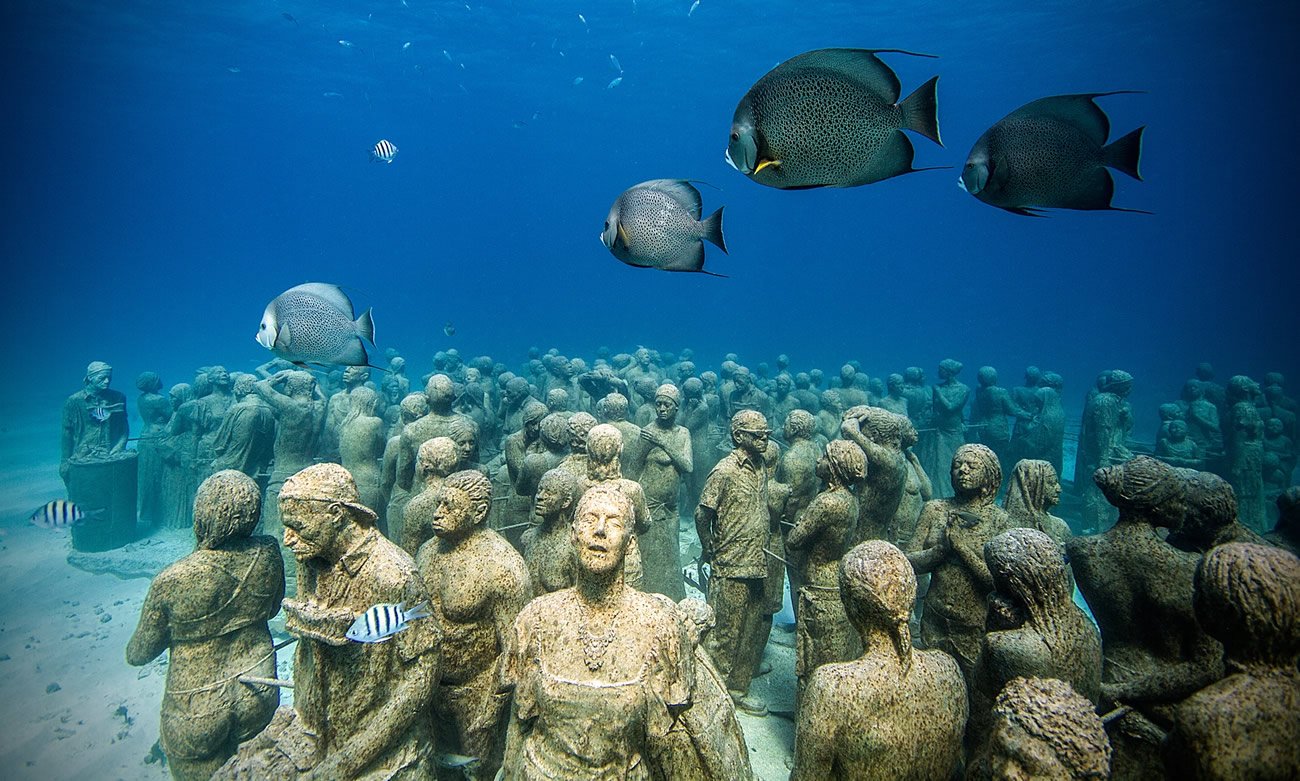 Combining his love for marine conservation and underwater photography, Taylor’s art has been listed by National Geographic as one of the Top 25 Wonders of the World. 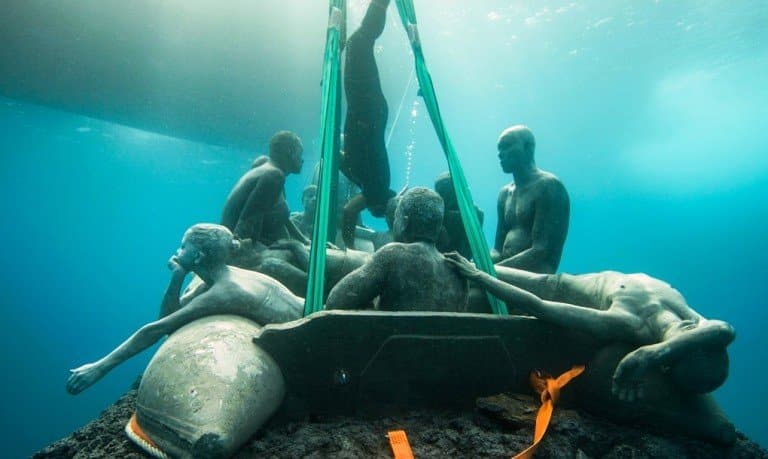 Museo Atlantico will be a permanent installation to raise awareness of the dangers threatening the world’s oceans. 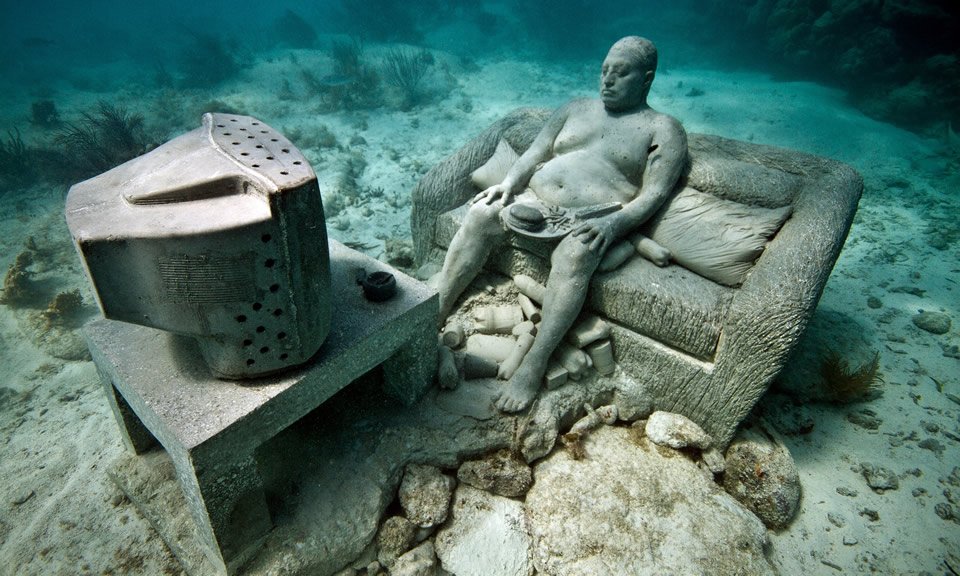 A total of 300 eco-friendly and life-size figures rest 15 meters beneath the surface in the underwater botanical garden alongside native Lanzarote aquatic plants. 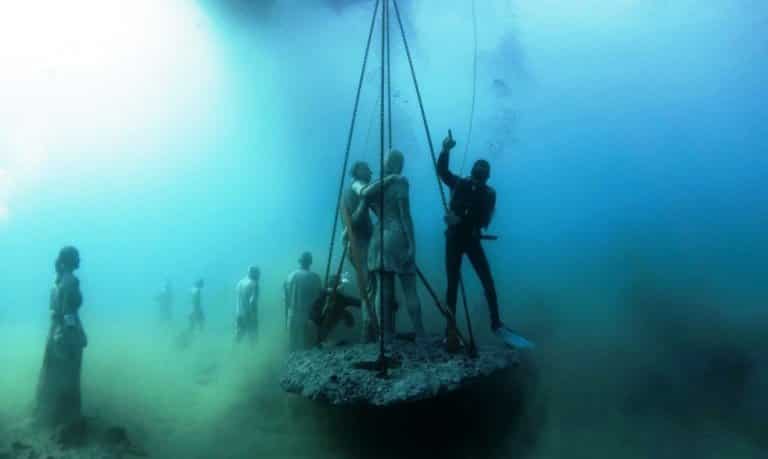 It will also act as an artificial reef where Taylor promotes his advocacy by providing a haven for different fish species to spawn below the coast of Spain’s far-flung territories.

One of the installations, entitled “The Raft of Lampedusa,” features the horrific incident involving a sunken boat carrying Syrian refugees. 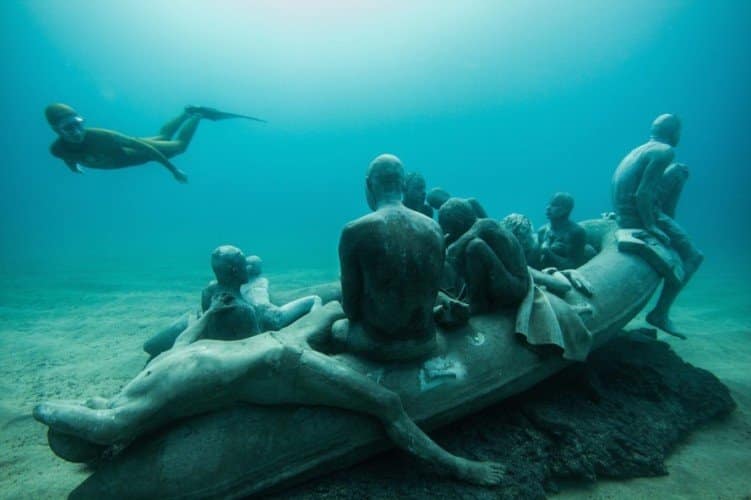 Another set features people engrossed in their electronic gadgets, oblivious to the world around them. 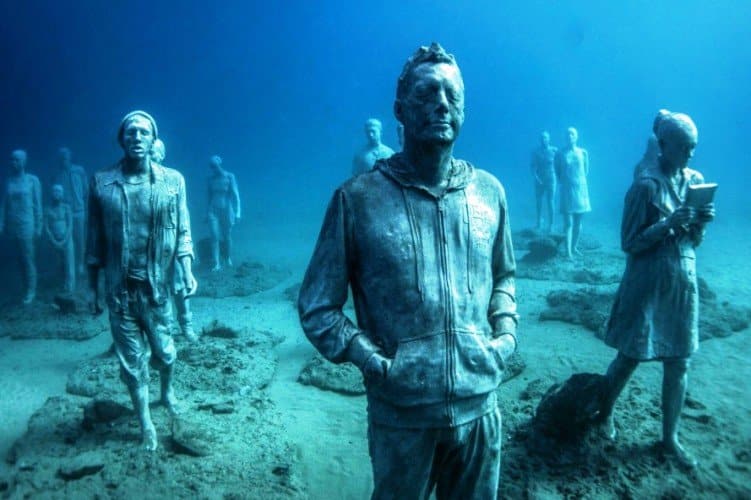 Taylor’s installations send a chilling message to the people above the surface. Certainly, the haunting spectacle of the Museo Atlantico will be a sight not soon forgotten when the underwater museum opens to the diving and snorkeling public on February 25. 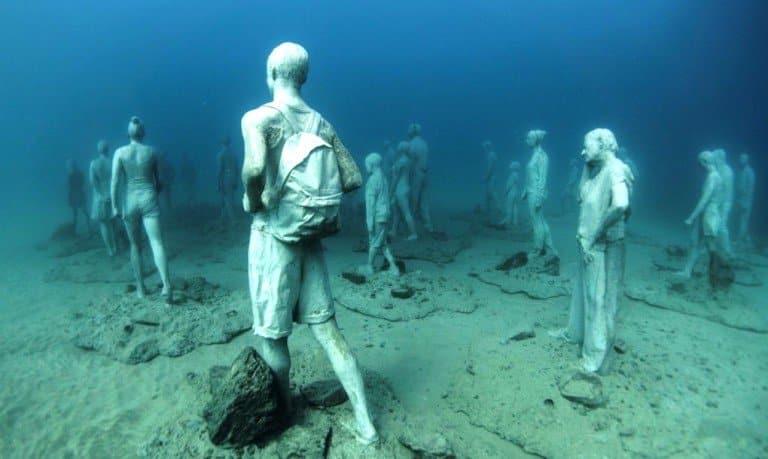