Egypt is home to stunning ancient monuments that never fail to captivate those who are usually fascinated with historical places. It is easily one of the favorite holiday destinations for tourists. However, the country has been struggling in the tourism department in the wake of extremist attacks and political uprising in 2011.

In the hopes of attracting more visitors, the country just opened two unexplored tombs in Luxor that are 3,500 years old. The two tombs discovered in Luxor are located on the west bank of the famous Nile River, in a cemetery where high officials and noblemen are buried. 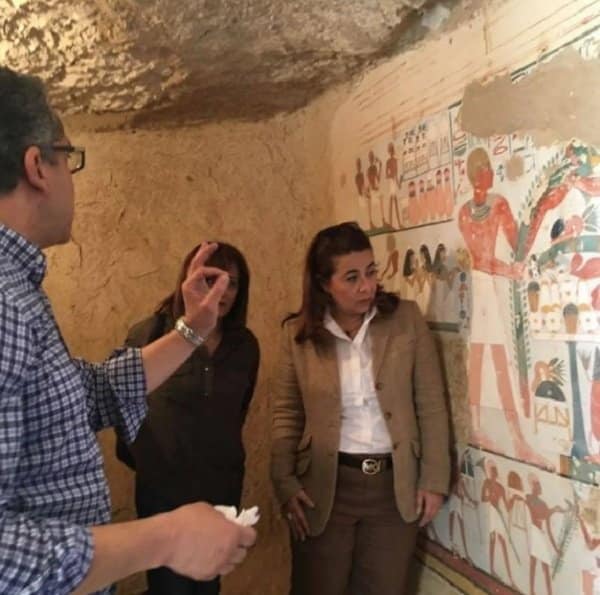 They were discovered — although left unexplored — since the 90s. 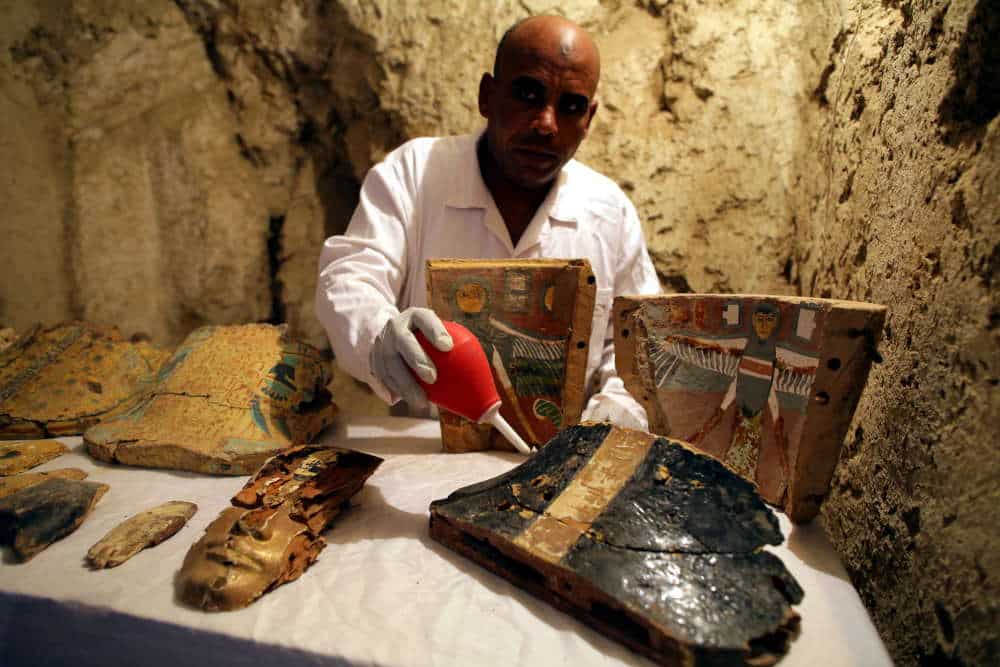 Egypt hopes that opening the tombs to the public will improve the country’s tourism. 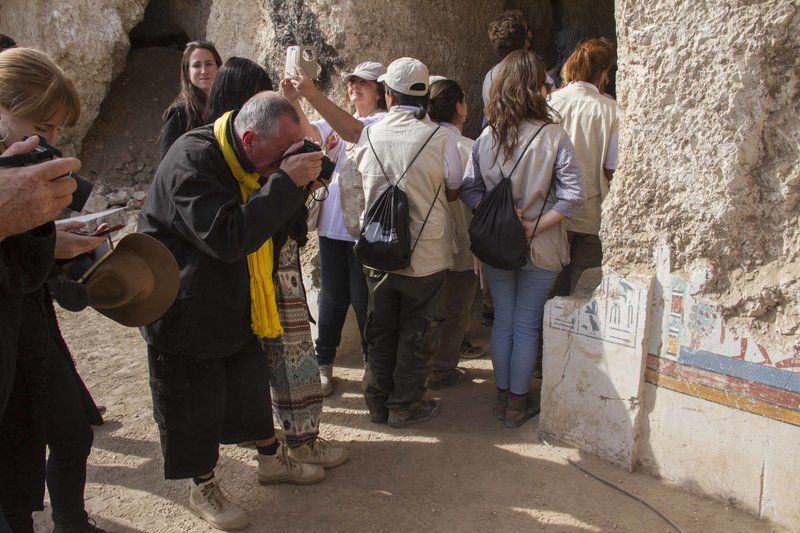 German archaeologist Frederica Kampp found those tombs in the 1990s and gave them their respective names. Kampp began excavating 157 but the work was halted when she reached the entrance.

That meant Kampp wasn’t able to enter it. On the other hand, Kampp 161 was never excavated, the antiquities ministry said.

About 450 statues were found in the tombs. 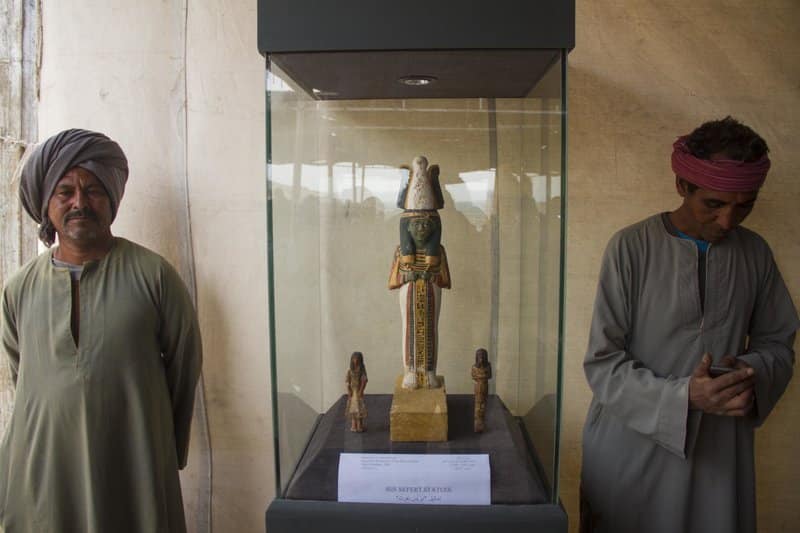 This colorful mural was found on Kampp 161’s west wall. 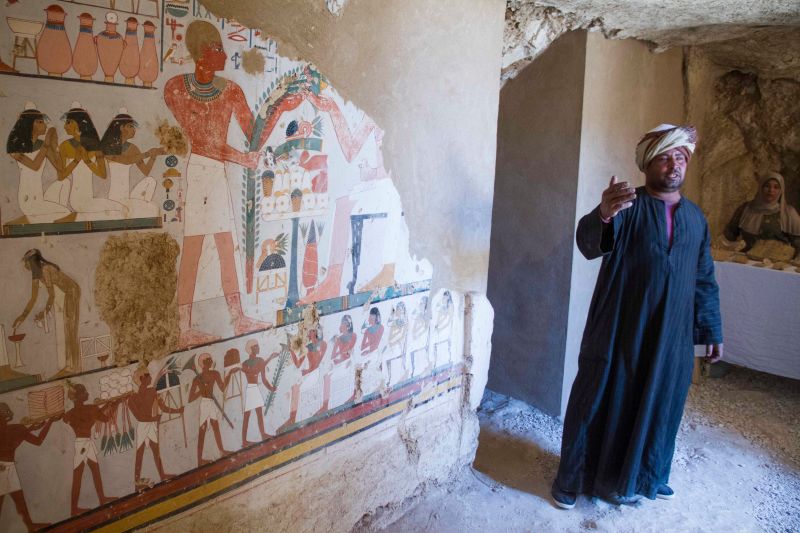 This was a funeral furniture found in the tomb. 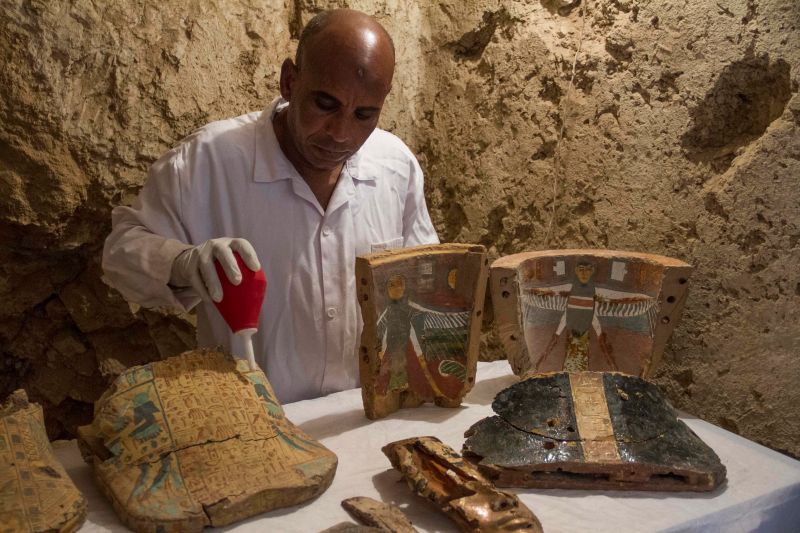 And of course, this mummy was discovered inside Kampp 157. 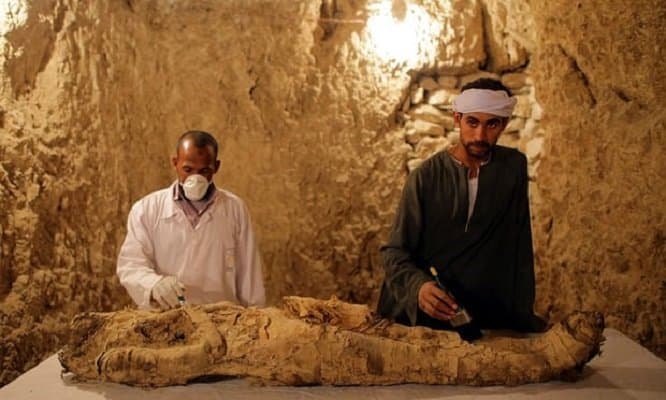 Among the artifacts discovered are painted wooden masks used in funerals, 450 statues, a mummy, clay vessels and funerary cones. A cartouche was found caved on the ceilings and it had the name of King Thutmose I of the 18th dynasty, the ministry confirmed. The excavation of these tombs is one of the many recently conducted in Luxor.