James Lee Burke once said “There’s nothing like rejection to make you do an inventory of yourself.” However, in the case of well-loved children’s book writer and illustrator Dr. Seuss, it wasn’t a simple, single rejection. In fact, he got turned down 27 times by different publishers before he was able to get his first book published. Vanguard Press eventually gave his work a shot.

Born Theodor Seuss Geisel, he later adopted the pen name Dr. Seuss during his university studies at Dartmouth College and the University of Oxford. He initially worked doing illustrations for advertising firms. He also drew political cartoons for PM, a New York-based newspaper, and produced a few short films as an animator for the United States Army.

It took 27 rejections before Dr Seuss’ first book “And To Think I Saw It on Mulberry Street” was published in 1937. 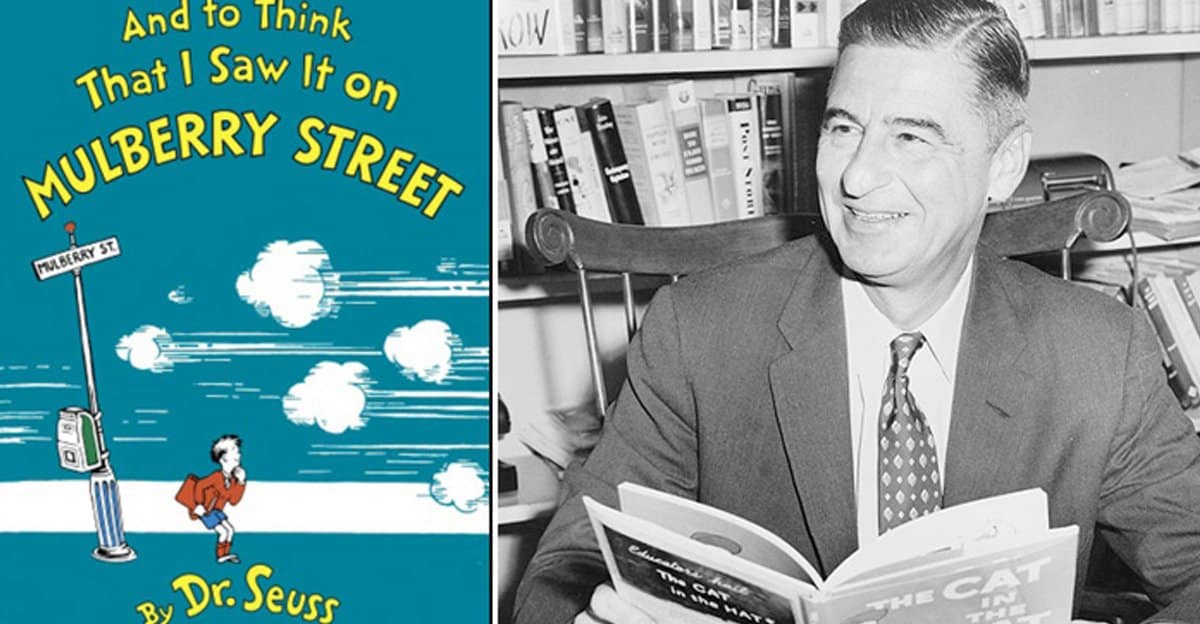 After World War II, he focused on writing and drawing books for children which all became classics.

Again, it is worth-nothing that the path wasn’t really that smooth for him in the beginning.

In the book ‘A Curious Mind: The Secret to a Bigger Life,’ Brian Grazer said:

“Being determined in the face of obstacles is vital. Theodor Geisel, Dr. Seuss, is a great example of that himself. Many of his forty-four books remain wild bestsellers. In 2013, Green Eggs and Ham sold more than 700,000 copies in the United States (more than Goodnight Moon); The Cat in the Hat sold more than 500,000 copies, as did Oh, the Places You’ll Go! and One Fish Two Fish Red Fish Blue Fish. And five more Dr. Seuss books each sold more than 250,000 copies.

That’s eight books, with total sales of more than 3.5 million copies, in one year (another eight Seuss titles sold 100,000 copies or more). Theodor Geisel is selling 11,000 Dr. Seuss books every day of the year, in the United States alone, twenty-four years (after he passed away).

He has sold 600 million books worldwide since his first book, And to Think That I Saw It on Mulberry Street, was published in 1937. And as inevitable as Dr. Seuss’s appeal seems now, Mulberry Street was rejected by twenty-seven publishers before being accepted by Vanguard Press…

“The story of Geisel being rejected twenty-seven times before his first book was published is often repeated, but the details are worth relating. Geisel says he was walking home, stinging from the book’s twenty-seventh rejection, with the manuscript and drawings for Mulberry Street under his arm, when an acquaintance from his student days at Dartmouth College bumped into him on the sidewalk on Madison Avenue in New York City.

Mike McClintock asked what Geisel was carrying. ‘That’s a book no one will publish,’ said Geisel. ‘I’m lugging it home to burn.’ McClintock had just that morning been made editor of children’s books at Vanguard; he invited Geisel up to his office, and McClintock and his publisher bought Mulberry Street that day.

When the book came out, the legendary book reviewer for the New Yorker, Clifton Fadiman, captured it in a single sentence: ‘They say it’s for children, but better get a copy for yourself and marvel at the good Dr. Seuss’s impossible pictures and the moral tale of the little boy who exaggerated not wisely but too well.’ Geisel would later say of meeting McClintock on the street, ‘If I’d been going down the other side of Madison Avenue, I’d be in the dry-cleaning business today.”

You can learn more about Dr. Seuss work and life in this short video:

These days, Dr. Seuss’ books have become bestsellers and some of which have been adapted into successful feature films (such as How the Grinch Stole Christmas, The Cat In The Hat, Horton Hears A Who! and The Lorax. He’s also considered as one of the most influential writer and artist of his generation.

So yes, whatever you do and whoever you are, keep in mind that dreams do come true and as you do your best, the stars will align for you.