A uniquely adorable monkey is both melting and winning everyone’s heart and we can’t blame them because he is by far the cutest little creature you will ever see today.

Taronga Zoo in Sydney, Australia is celebrating the birth of it’s newest member–a bright orange Francois’ Langur which is one of the world’s rarest monkeys. Also known as Francois’ leaf monkey, this species is nearly extinct because of poaching and habitat loss. They can be found in dense forests, caves, and limestone cliffs yet only about 1,500 of them are left in China and 500 in Vietnam.

This extremely rare baby monkey is named “Nangua,” a Mandarin word for “pumpkin.” He was born with bright orange hair typical for infant Francois’ leaf monkeys which eventually darkens when they grow old. This color distinction helps adult monkeys identify their babies and look after them.

Nangua was first discovered cradled in the arms of his mother Meili on November 7. 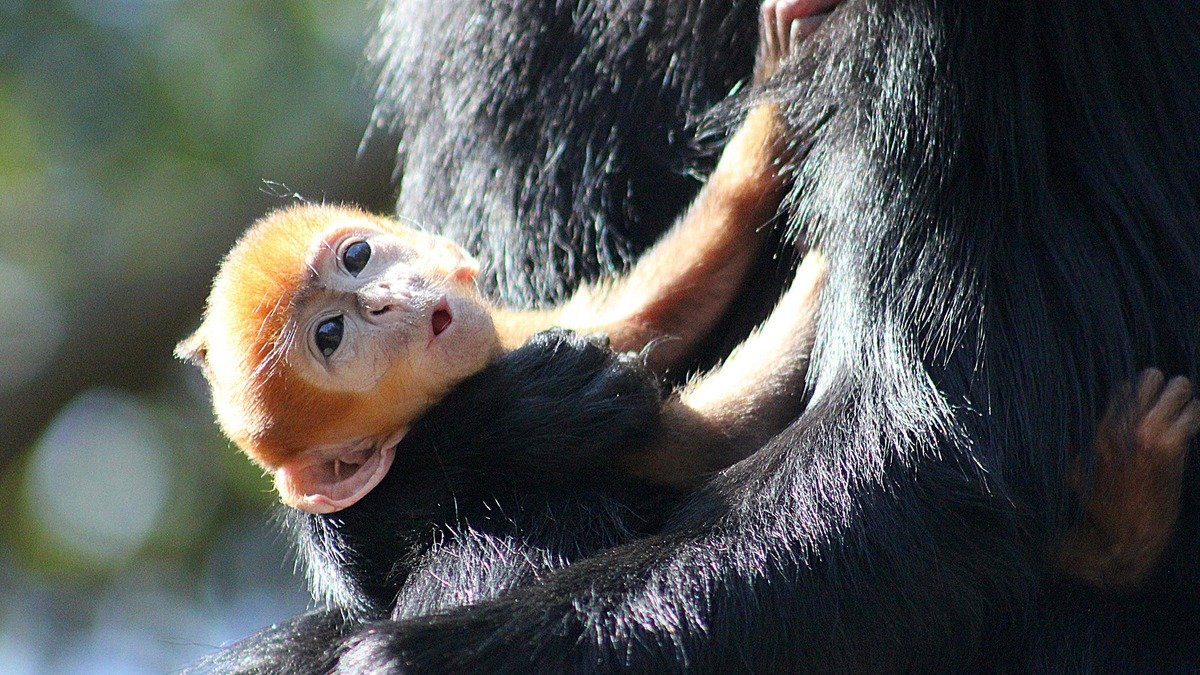 He is Meili’s second child after Tam Dao who was born in 2011 but the 1st child to his father Bobo. 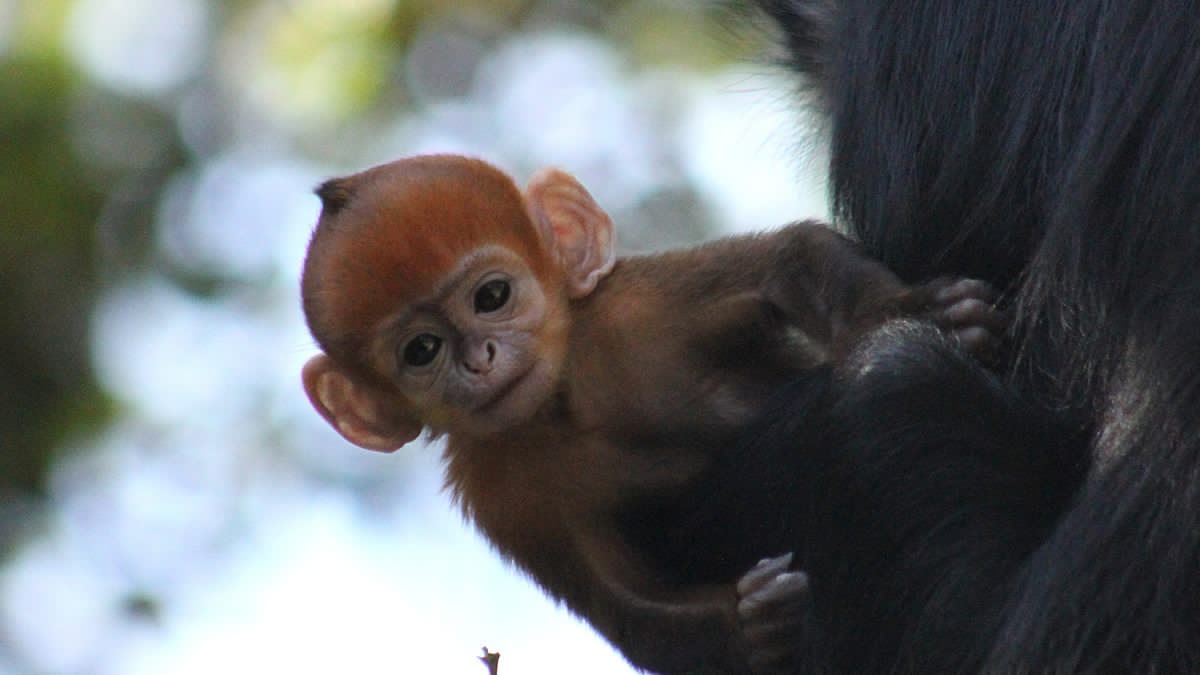 Another interesting fact is that Francois’ Langurs practice “allomothering” or “auntying” where other female leaf monkeys also take part in raising the infant. They are in fact often seen passing Nangua around and taking care of him.

“Meili has shown her calmness and experience since the birth, cradling and protecting the baby, but also allowing Noel and Elke to get close to him,” Jane Marshall, Taronga Zoo’s senior primate keeper said.

Noel, another female leaf monkey carries Nangua 50% of the time which allows Meili to take a break. 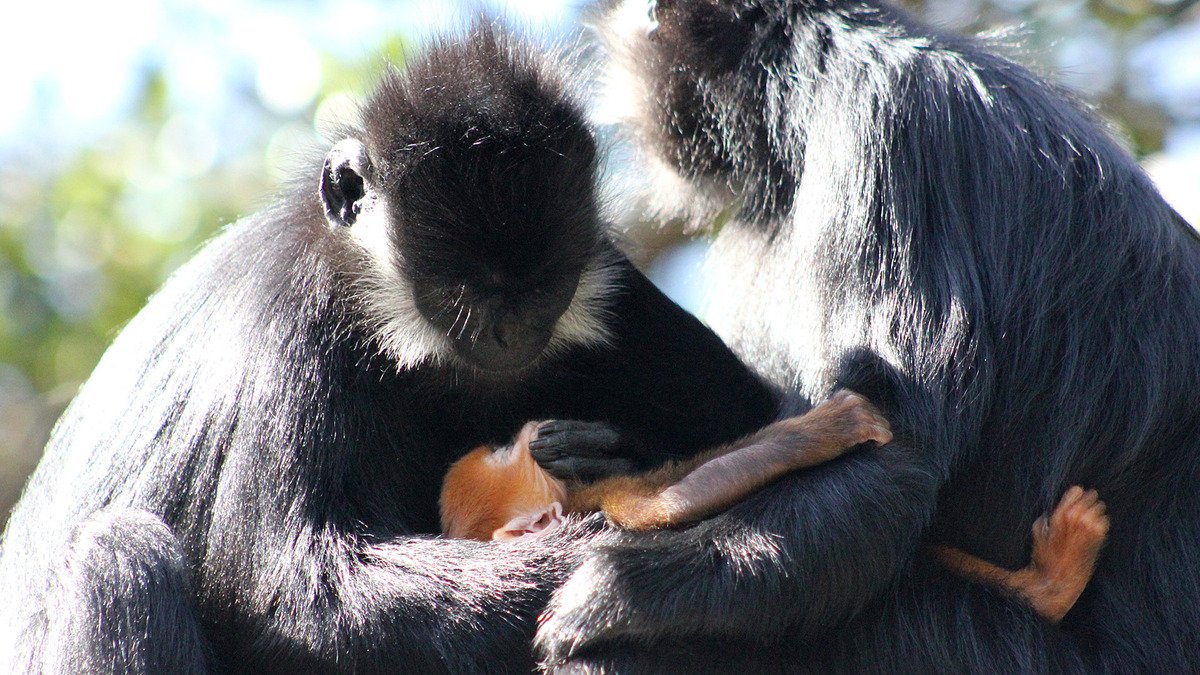 Bobo, on the other hand is a bit overwhelmed with Nangua’s presence which is a first. 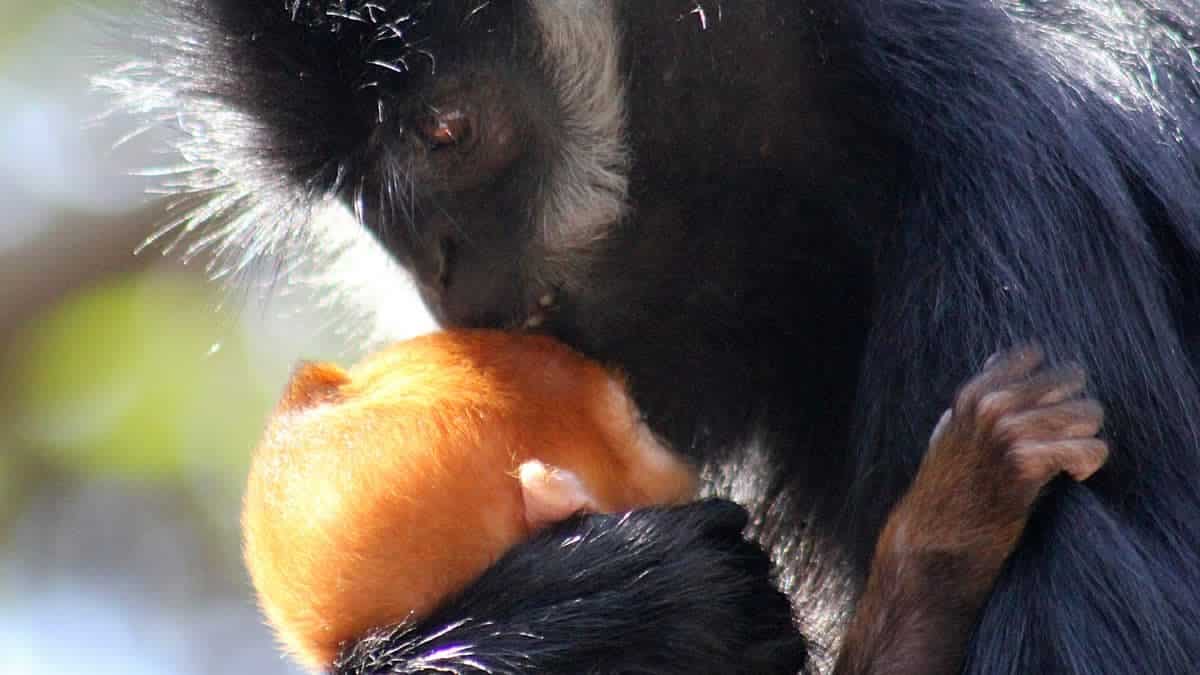 “He’s protective of Meili and he’ll even let the baby climb onto him. I saw the baby climb up over his head the other day and he wasn’t worried at all,” Marshall said.

Meanwhile, Nangua is learning to explore the rainforest trail and even entertaining visitors at the zoo. 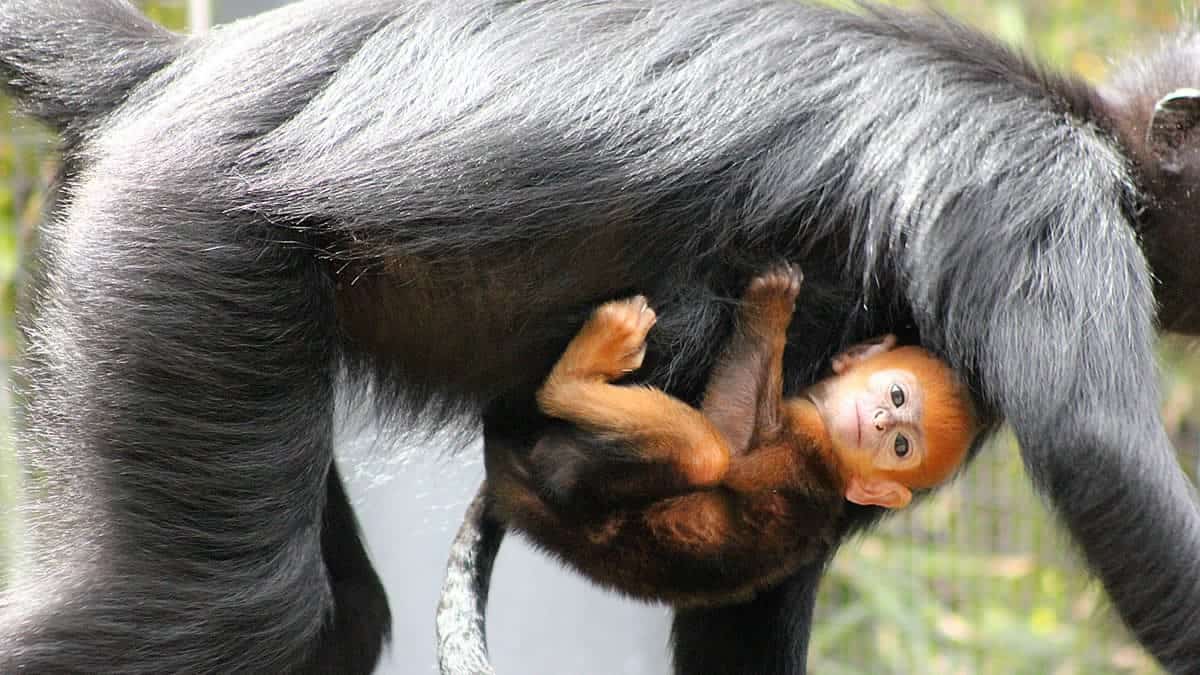 “He’s still quite wobbly on his legs, but his head control is very strong and he’s gripping and climbing well,” Marshall added.

Sydney’s Taronga Zoo is the only one in Australia with a population of Francois’ Langurs which used to be abundant in China and Vietnam. 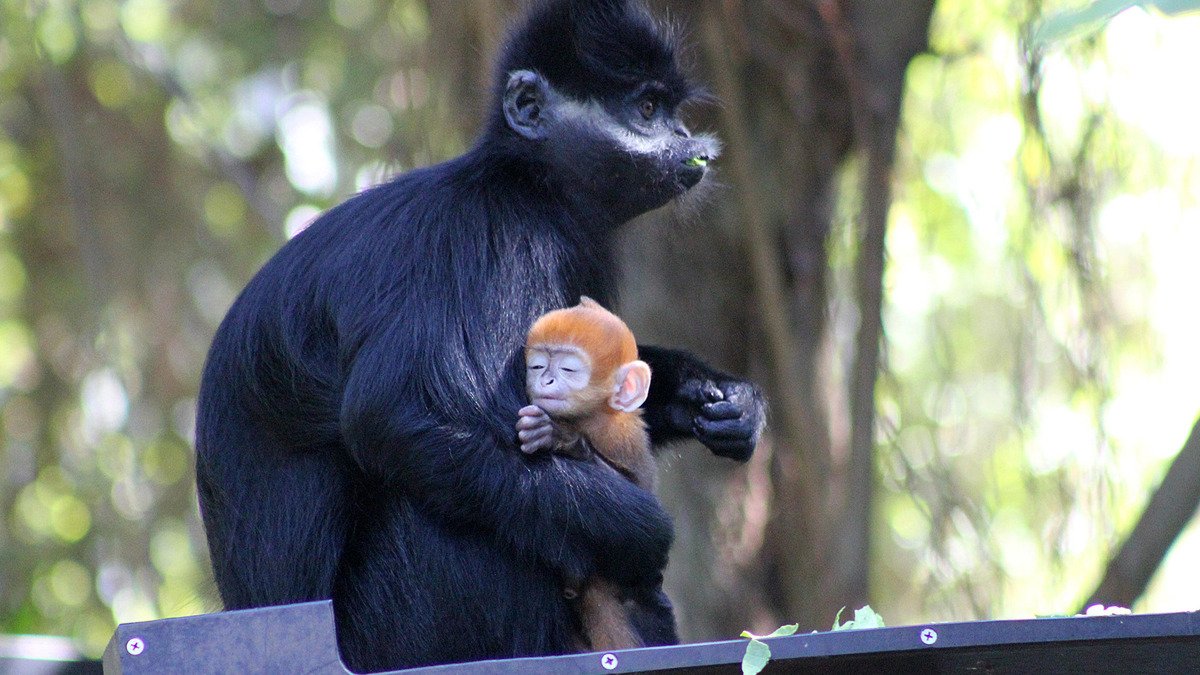 Now their goal is to help increase the population of these rare yet beautiful species. 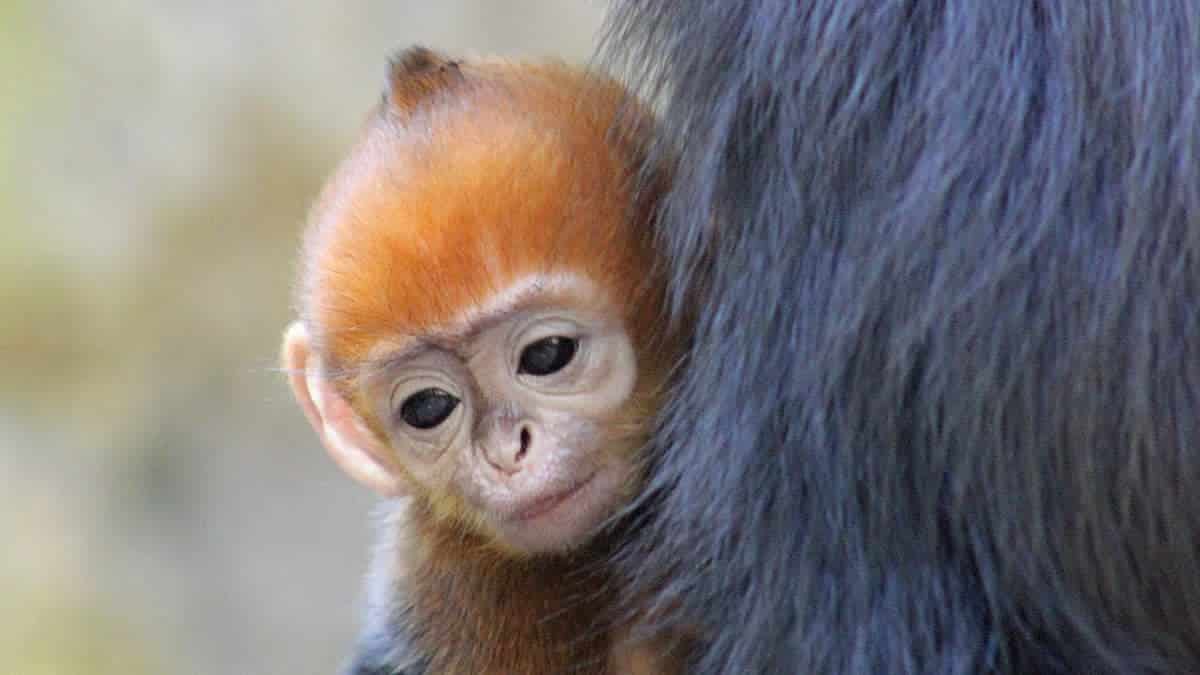